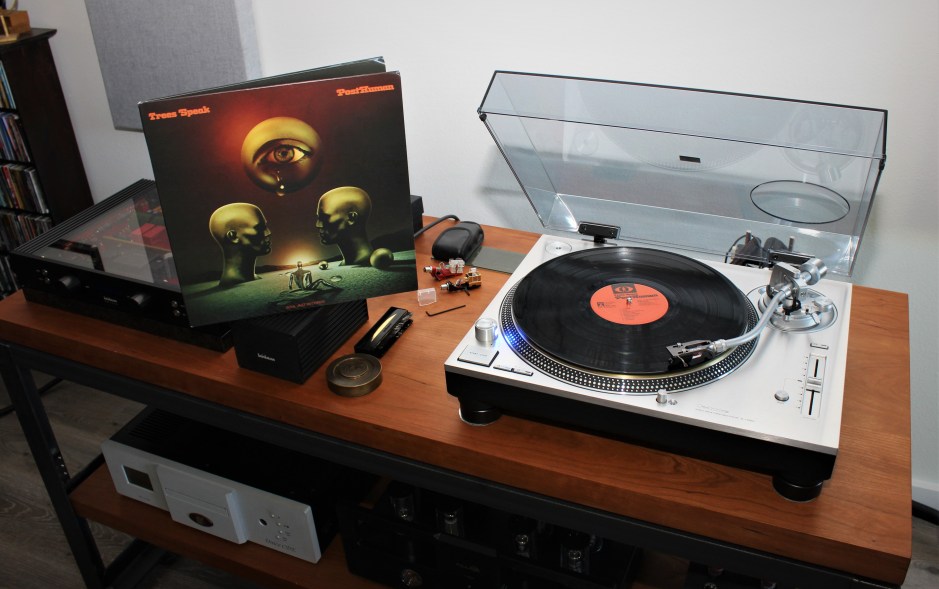 I’ve fallen for Trees Speak‘s new LP PostHuman in the same way that I fell in love with Rasmus Kjaer’s Turist a year ago. Both albums are part of that nebulous world of electronica, but Kjaer was deeper into “found” sounds and coming up with unusual ideas that often skirted the edge of what we call music–even highly-structured instrumentals such as these. Trees Speak, however, is first and foremost a band.

It’s still an unusual sound, as if Rasmus Kjaer had hired a ’70s prog rock group to perform his esoteric compositions. There are plenty of strange electronic sounds bouncing around on PostHuman, but you’re immediately reconnected with your own musical experiences once that old-fashioned rhythm section comes in and reminds you this is music by humans, for humans.

I’ve known about Trees Speak for a few years now. They’ve sent me their last few albums, always on vinyl, and I’ve reviewed every one. You know, I always thought of them as one of those small indie bands, working hard to get ahead. After their last album, Ohms, I noticed something about them. They’ve gotten popular. They have a big following. I can’t pretend that they’re one of my well-kept secrets anymore. In addition, Ohms was so good that I thought to myself that Trees Speak has graduated from “just another electronica ensemble” to a more creative and influential force within those genres. Next time I get a Trees Speak LP, I told myself, pay attention. They’re good, really good. 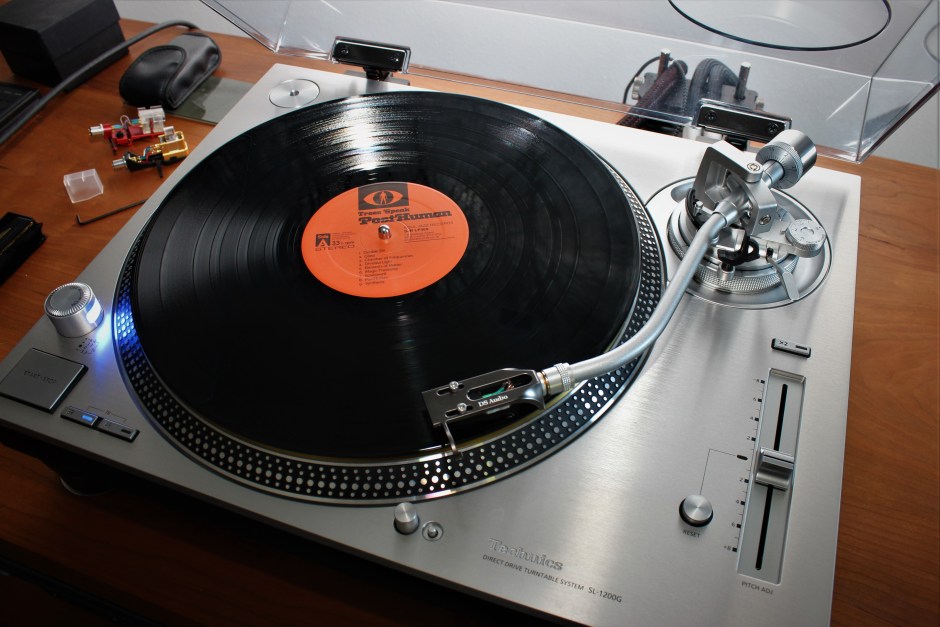 Their website tries to illuminate some of the mystique:

“Trees Speak are Daniel Martin Diaz and Damian Diaz from Tucson, Arizona and their music often draws on the cosmic night-time magic of Arizona’s natural desert landscapes. ‘Trees Speak’ relates to the idea of future technologies storing information and data in trees and plants – using them as hard drives – and the idea that Trees communicate collectively.”

That’s a fascinating approach of course, but PostHuman seems to be a step toward capturing these moods in more structured, song-like form. Each of the sixteen tracks on the album, and two more included on a “special edition” 45rpm single that’s included with the LP version, possess an individual character just like any pop/rock song. You’ll get that “anything is possible” vibe that accompanies much of electronic music, but these ideas are concise and musical. If you added vocals, this might be music from a number of interesting indie bands–but PostHuman might not hold your interest in the same way, or demand that you fill so much of it with yourself. And while I hear lots of ’70s prog rock in the traditional instrumentation, I’d cite Brian Eno’s Music for Films as this album’s spirit animal.

When I reviewed Ohms, the response was solid, and a couple of people responded with “Duh, of course this band is great. Where have you been, boomer?” I was prepared for PostHuman, and it did not disappoint. There’s nothing else that sounds like it, not even Turist, and it will expand your musical horizons.

I tried to tell you about this new release from 2L Recordings before the holidays, but I just ran out of time. Fryd, from choir conductor Tove Ramlo-Ystad and her singers, known as Cantus, sounds […]

As I write this, High End 2022 in Munich has just ended. I originally intended to start coverage today, but there’s a small problem. I have to get home first. From a high-end audio show […]

It’s that time of year when I start receiving all the Christmas jazz releases for 2019, and I tell myself over and over that I’m not going to say “Bah Humbug” while rolling my eyes. […]