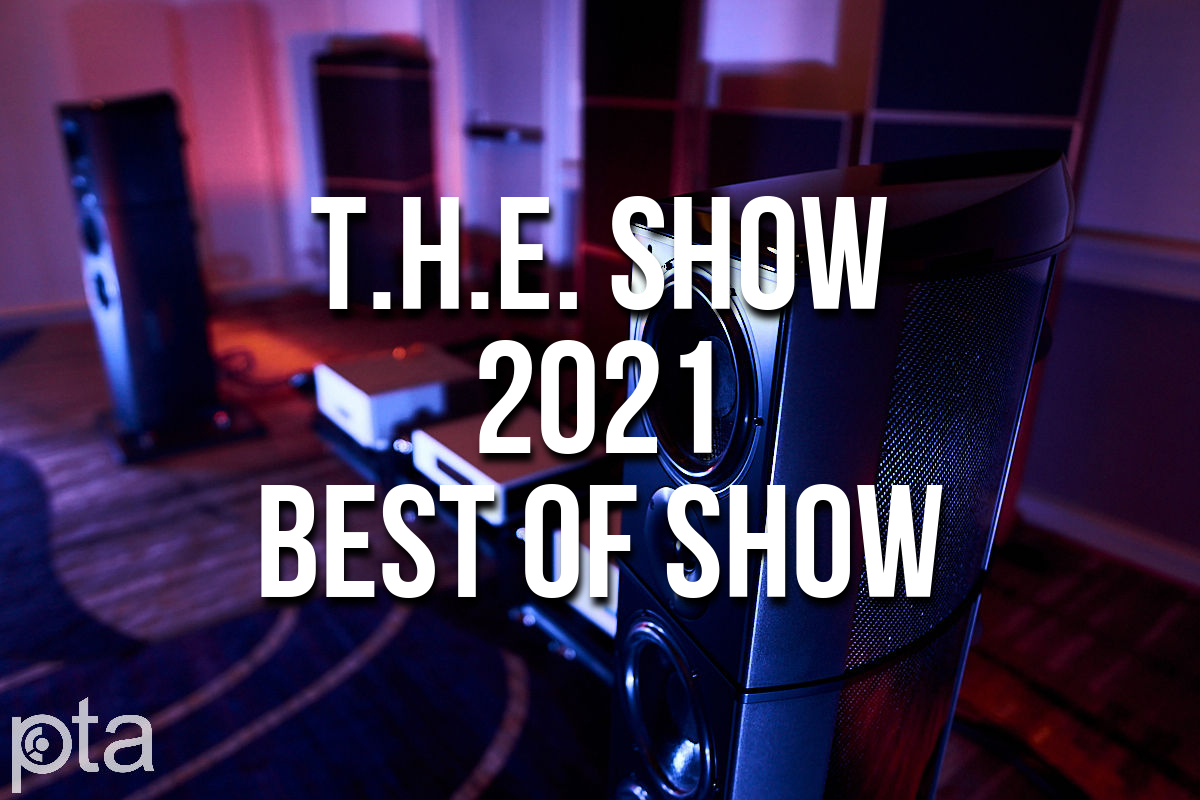 THE SHOW 2021 was, by my estimation, a reason for cautious optimism. Everything appeared to go off without a hitch, attendees were well-behaved and plentiful enough, and exhibitors seemed pleased by the amount and depth of interactions. Audio shows, given an organized show team and exhibitors willing to work within room capacity limits—not a bad thing even outside of a pandemic—seem viable, at least on the local level. It was also simply a breath of fresh air to get to see old friends and listen socially again.

My top room of THE SHOW 2021 was probably the Margules Audio room. While this is a bit of a dark horse brand in the US, there was simply less things wrong and more things right with this room than any other room at the show to my ears. Smooth, coherent and with a relatively even frequency response… what more can you ask for? I’ll take a system like this, that plays music, for reasonable money, over almost any mega-buck system. Kick back, relax and enjoy the tunes, that’s all there is to it. 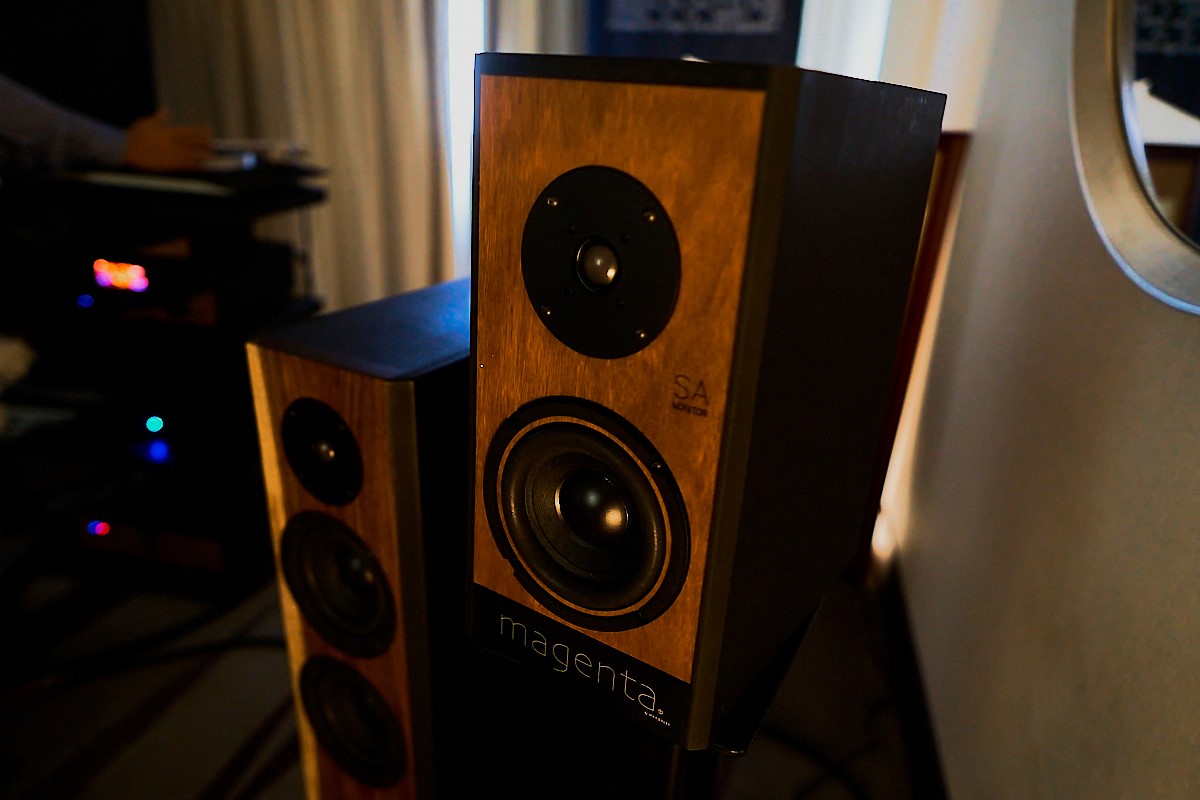 The sound was smooth, coherent and effortless. While these two systems are considered entry level by Margules, they had hardly any flaws to my ears. Tonal balance was spot on, or perhaps just a touch warm of neutral, and while it wasn’t as detailed as some of the much more expensive rooms, it made up for this by having great imaging and a high musical engagement factor. I didn’t have to think at all when listening in this room, and shockingly, the Bluetooth sounded great too… nice.

Margules’ attention to details is very special, and this is gear that looks even higher end than the term entry-level might indicate. The amplifiers especially had lovely industrial design and fit and finish. The turntable likewise was quite stunning, and Margules has even made their own protractor and alignment tool for setup. Now that’s dedication. 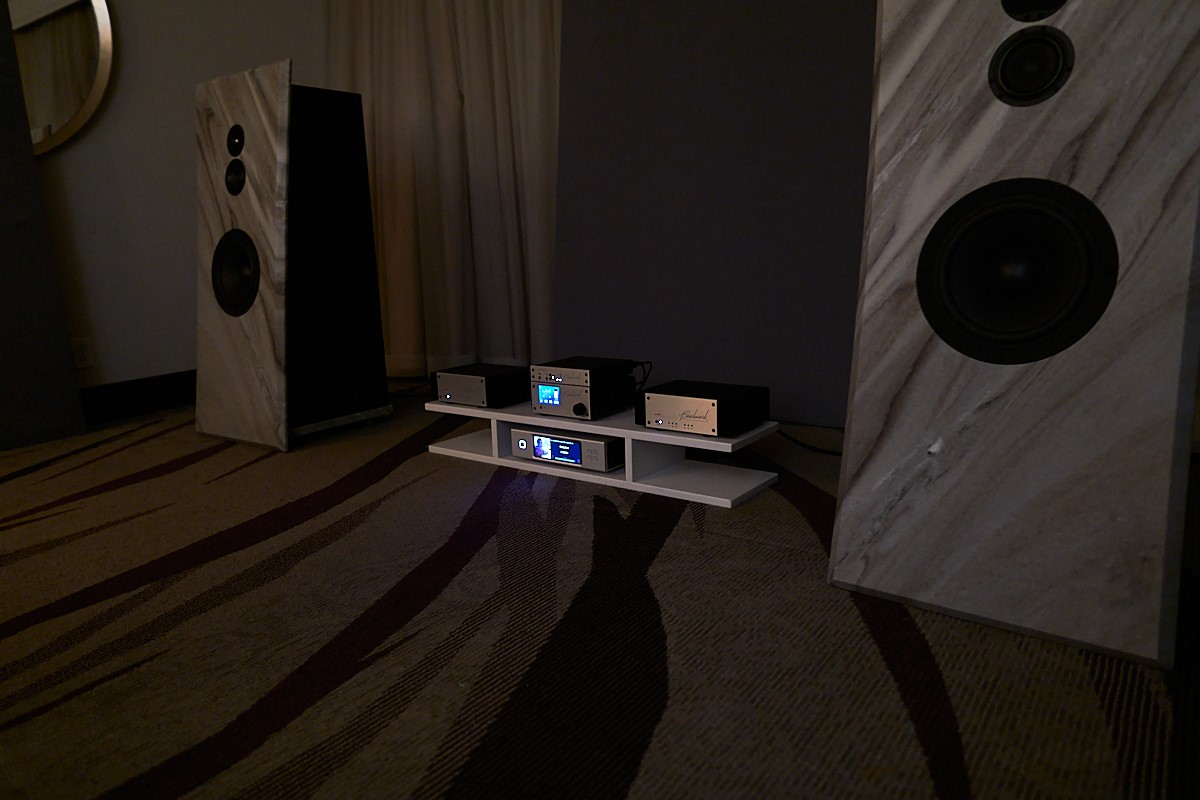 Made to order in San Diego California, the Pietra Model 3SG weighs an enormous 350 lbs. and, somewhat unusually, uses 2nd-order transfer functions in the crossover. Efficiency is a rather low 86db at 2.83V/1m and minimum impedance is listed as 3.4 ohms. Bring a beefy amp for the Pietra.

Overall dynamics were excellent despite the tonal challenges though, and sounds exploded out of the speakers with force and authority that granite speakers I’ve heard seem to do well. For the audiophile with a strong back and a powerful amp. 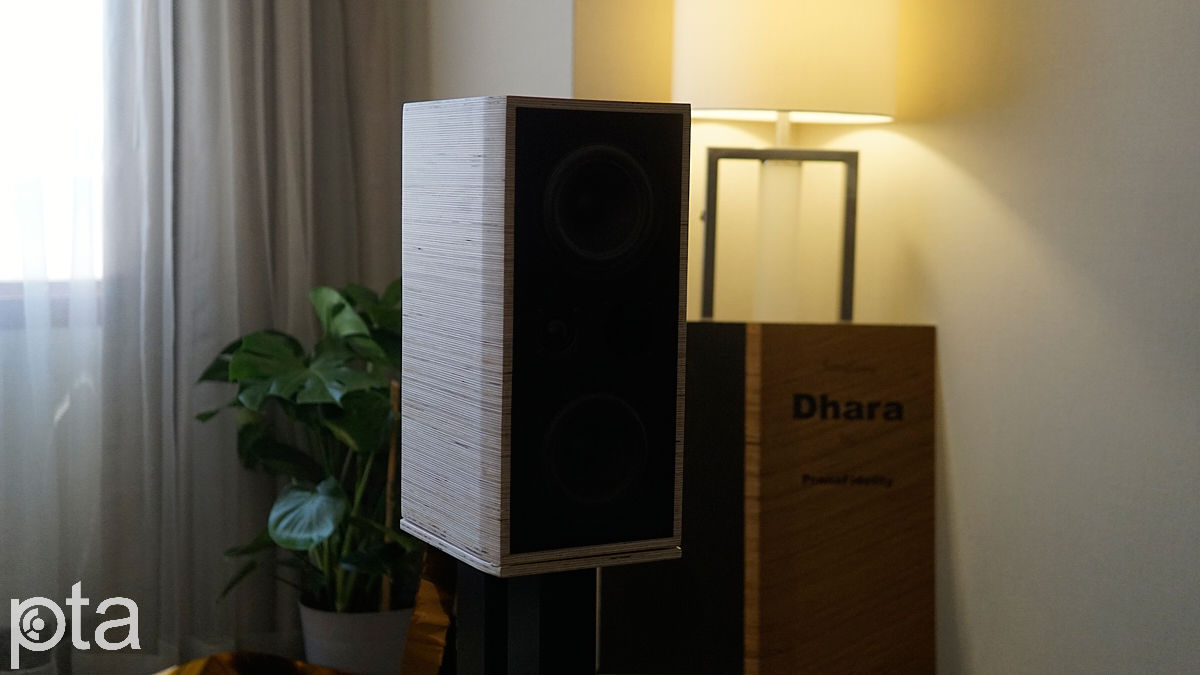 The sound in this room was amongst the cleanest and most balanced at the show, with nary a single frequency response oddity to speak of. Imaging was even fairly good when seated directly in the middle of the room. Of all the rooms on the third floor, this one seemed to have the greatest sense of control and most precisely damped output, with a gentle fluidity, warmth and coherence that sounded just right. PranaFidelity always shows well, and I was impressed even more than usual by this setup because the rooms at the Hilton Long Beach were acoustically unfavorable to say the least. 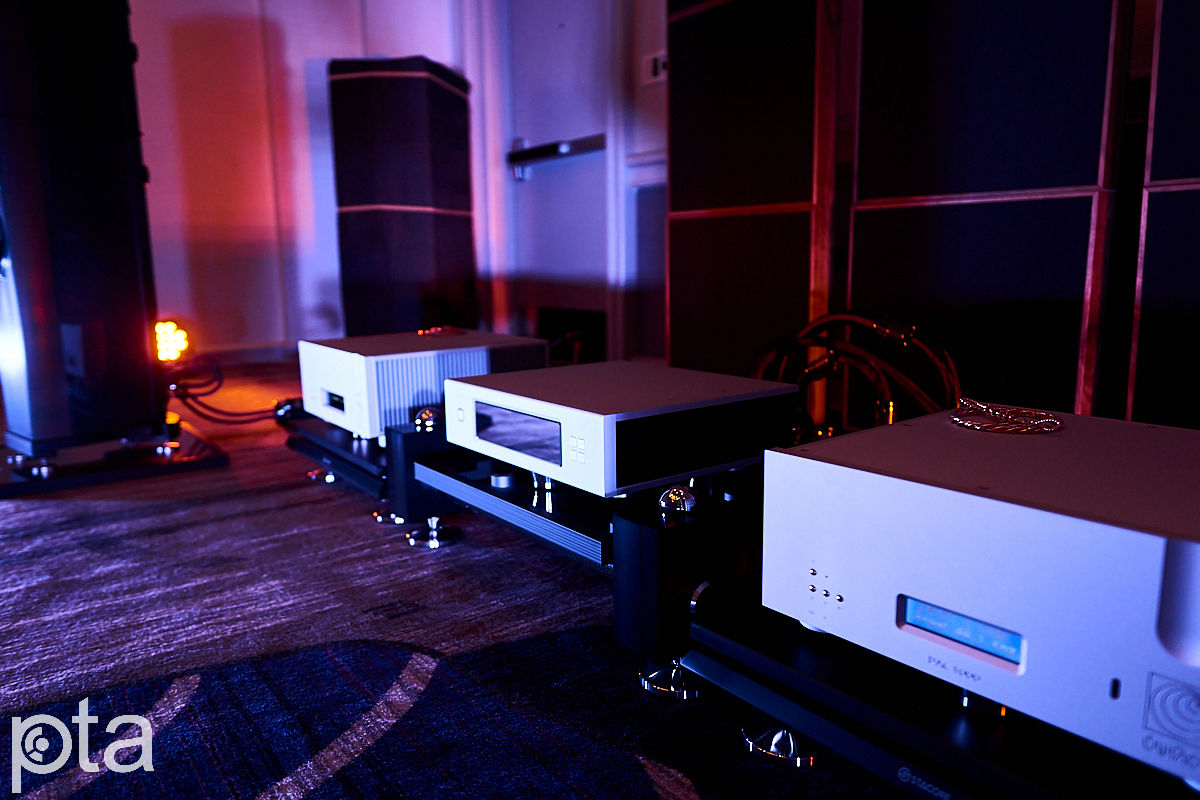 I’ve long been a fan of Wilson Benesch speakers, but they’re a rare sight here in the United States. I was intrigued to see local distributor Aaudio Imports playing a pair of Wilson Benesch A.C.T. One Evolution loudspeakers through some Ypsilon electronics and the sound can only be described as epic. Bass was well controlled but punchy, in a way none of the other rooms quite managed. Top end and mid-range were excellent, highly detailed and with great separation while gracefully avoiding the “unwrapped-burrito-phenomena”—a phenomena where hyper-detailed speakers sound too much like hyper-detailed speakers and not enough like real music. 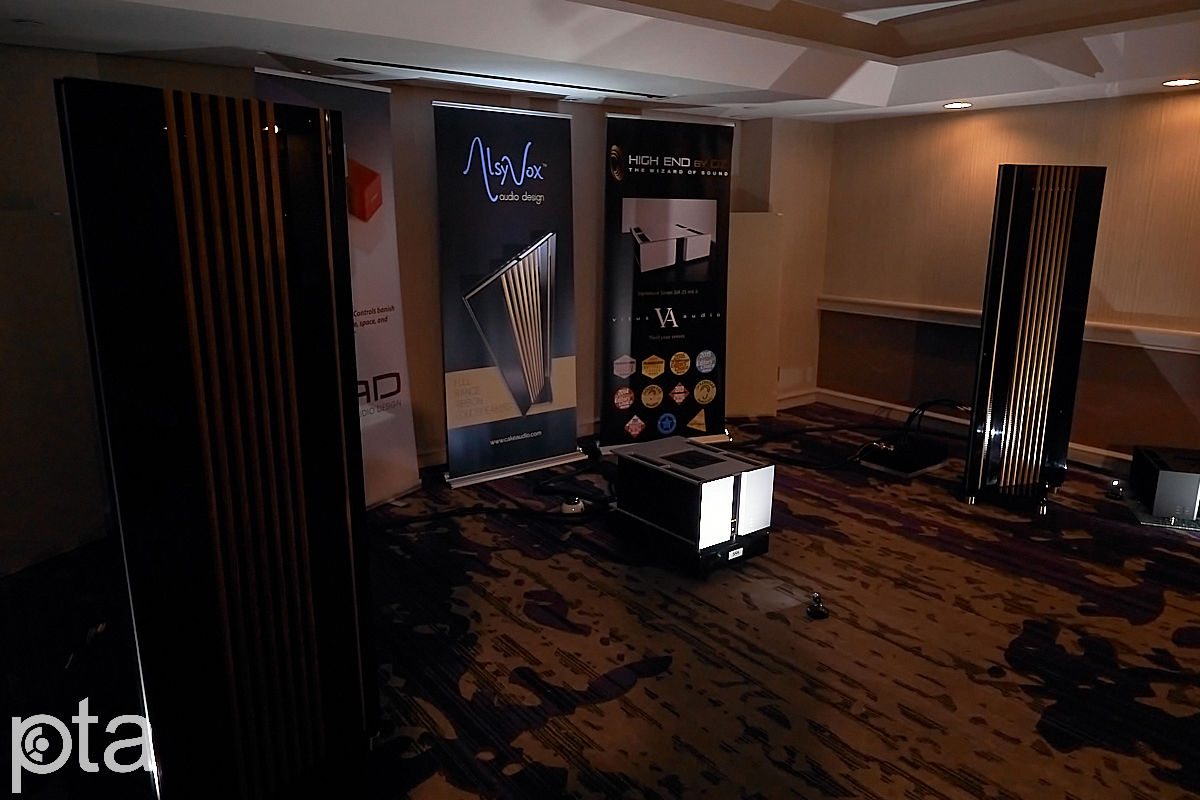 Cake Audio, another local Southern California dealer, was showing the perennially popular Alsyvox Botticceli speakers in a room I’m convinced was designed to double as a sensory deprivation chamber. Besides bringing a very literally meaning to the phrase “blind listening,” the Alsyvox room did indeed sound very nice and the friendly staff and dark environment really encouraged relaxed listening. 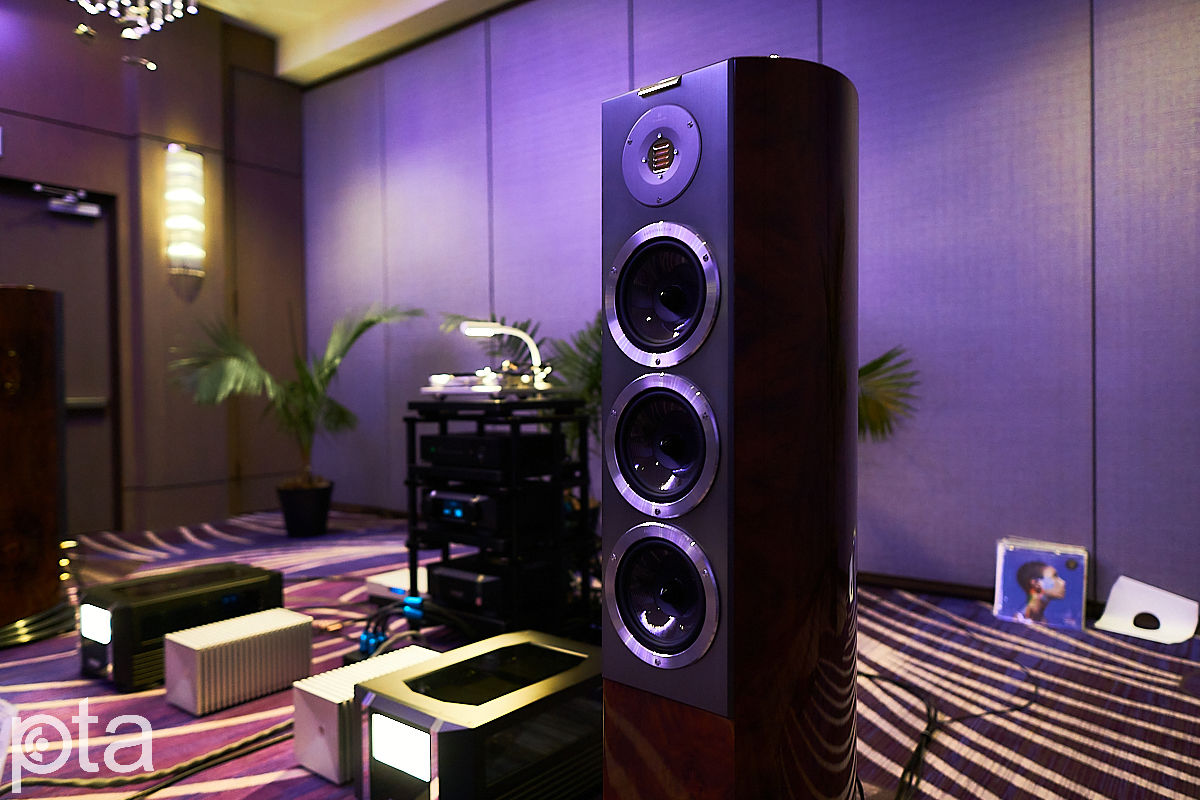 After hearing Dave McNair rave about the Audiovector loudspeakers (Dave’s review here), I knew a stop by their room was mandatory. Another dark room and a difficult photo-taking environment greeted me. A glorious sound also greeted me, and made my job taking long-exposure, shake-free photos seem like a piece of cake compared to describing the sound. 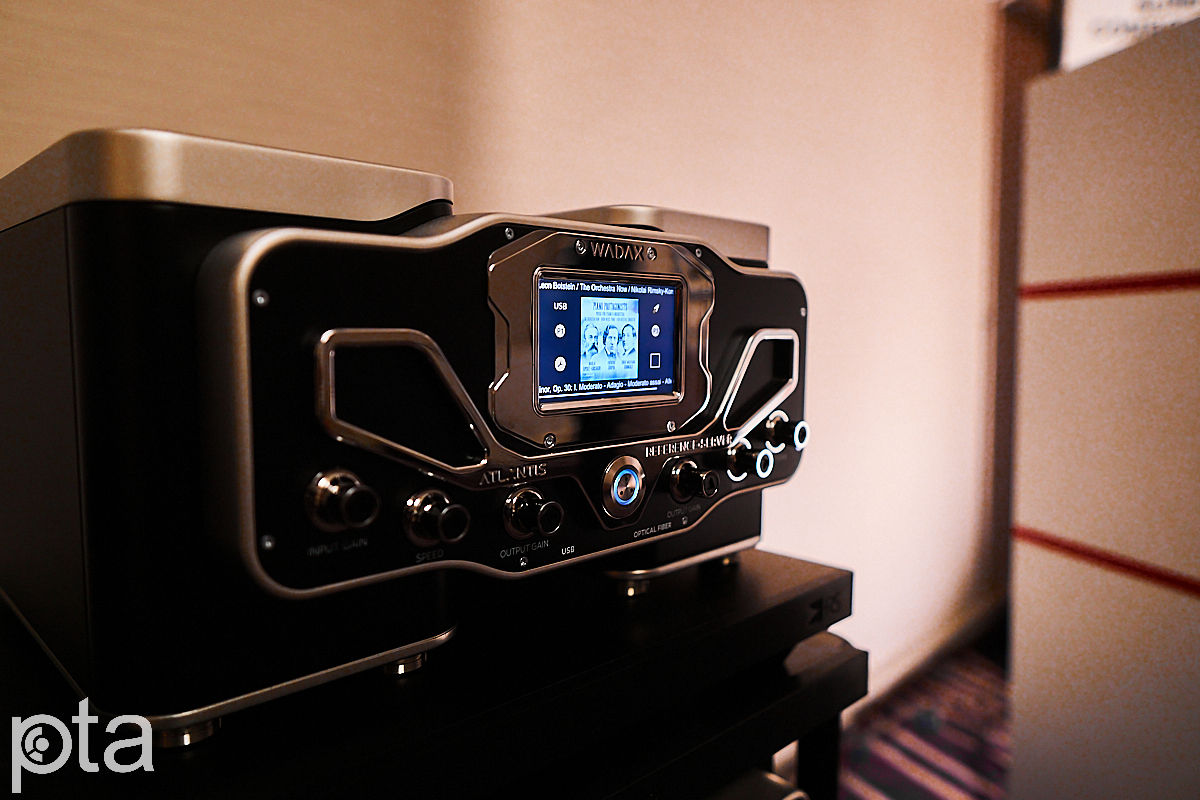 Sunil Merchant of Sunny Components, a Stenheim dealer right here in Southern California, was putting on perhaps the most trafficked and popular room of the show. The room was so popular that despite being one of the large first floor ballrooms, the staff had to take appointments of large groups every half hour–a testament to just how good this room was. 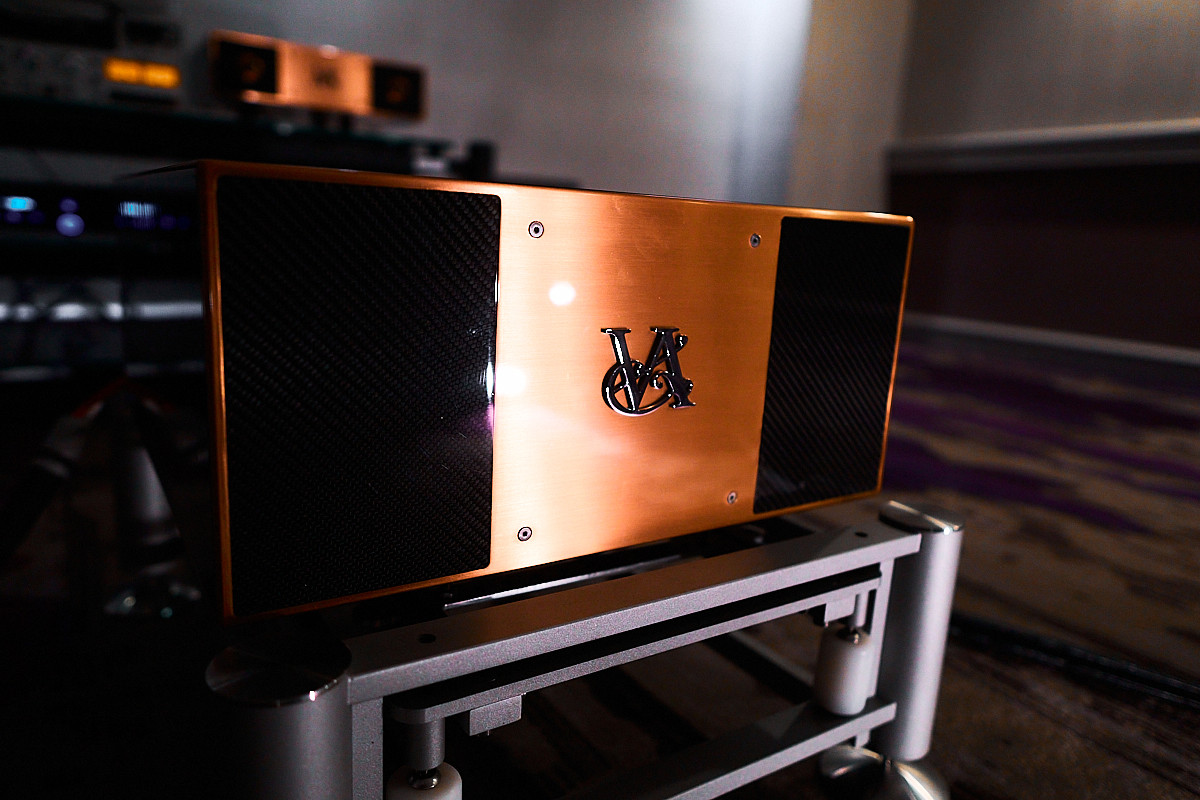 Occupying the largest third floor room was Voss Luxury Audio, a company local to my home in Southern California, but that I was entirely unfamiliar with. Apparently this room came together a bit last-minute, but color-me-surprised because it was making magic. While the room was a bit too large and the imaging wasn’t particularly strong because of that, the harmonic structure of this system was my favorite of all of the show rooms. I’ve heard “LS3/5a type” speakers before and never been a huge fan, but the Graham Audio BBC LS5/8 with 12-inch woofers seem to have a certain something to them. 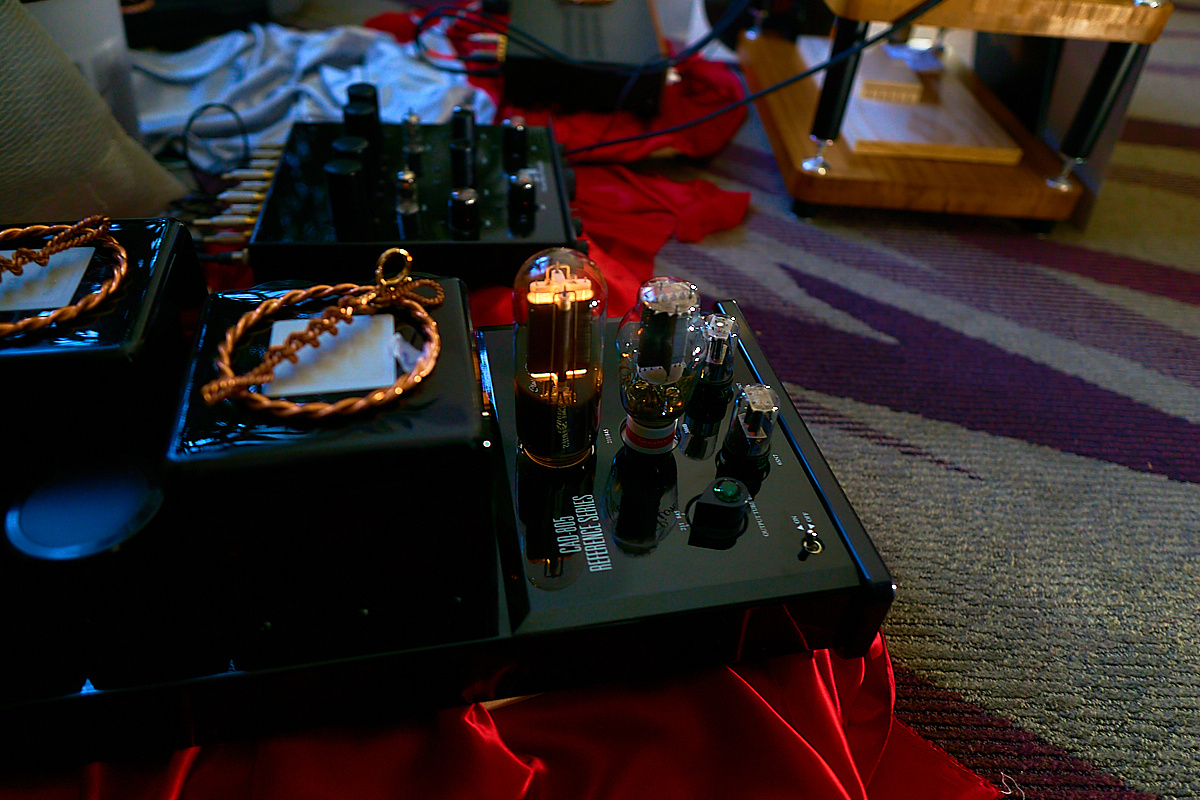 Zingali Acoustics in the Reference Components room was one of the more talked about rooms at T.H.E. Show 2021—which is saying something in several respects. Most obviously was that there was attendance, and indeed the Zingali room was busy enough for most of the show days that I had a hard time taking pictures or getting a lengthy listen. Thankfully, everyone was wearing masks without complaint, and respecting room occupancy and distancing rules. The check-in desk even asked for proof of vaccination (or a negative test) before entry. A big kudos to T.H.E. Show runners for being responsible on that front. 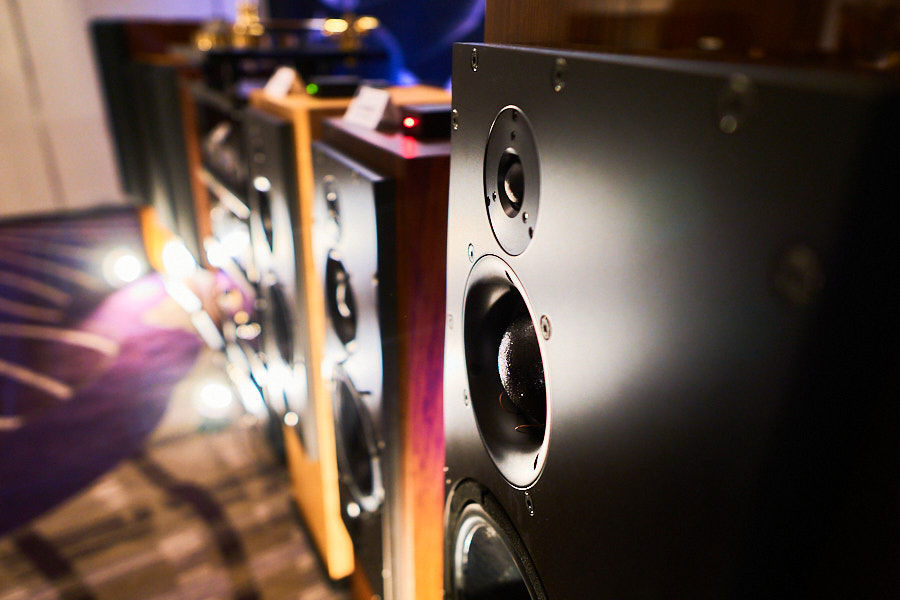 Lone Mountain Audio, or perhaps more accurately the United States distributor for ATC Loudspeakers, had one of the large rooms on the main floor of T.H.E. Show and they were making full use of it. Nearly the entire line of hi-fi speakers from ATC was represented, from the SCM7v3 at $1,999 USD all the way up to the ATC SCM100ASL start at nearly $42K USD. 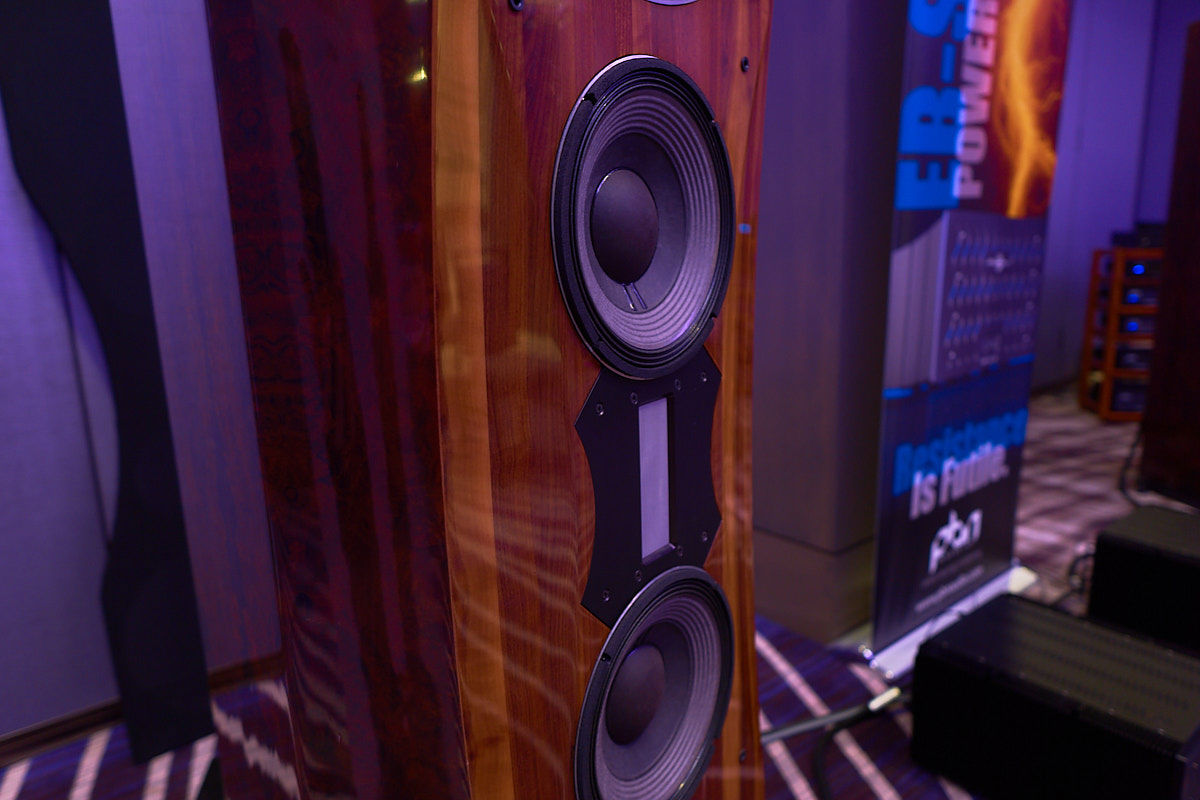 PBN Audio, a southern California company headed by Peter Norbaek, was showing two of the largest speakers at the show, the enormous MR!777 and MR2!5 speakers, as well as a variety of PBN electronics. Peter Norbaek was quite generous, and during a lull in traffic allowed me to listen with my own music right in the sweet spot.

An interesting and clever solution to a problem often plagues the everyday audiophile.

More scenes from THE SHOW 2021 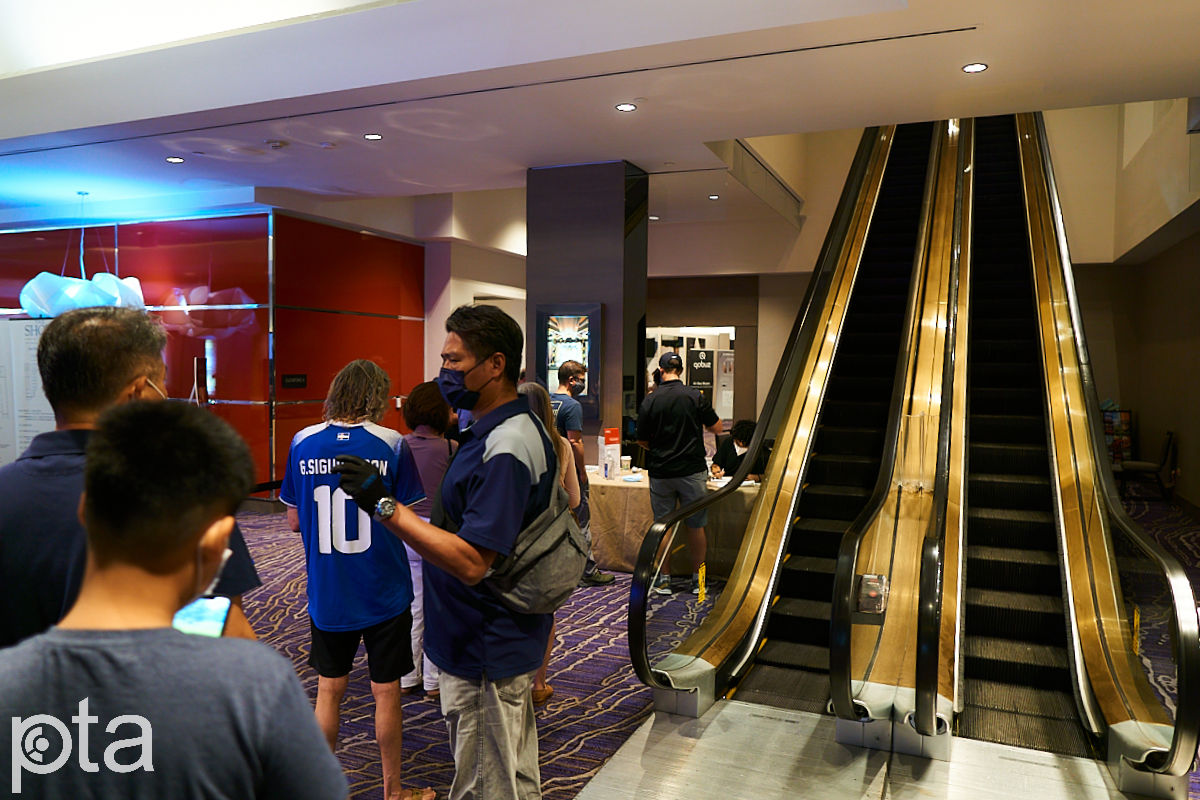 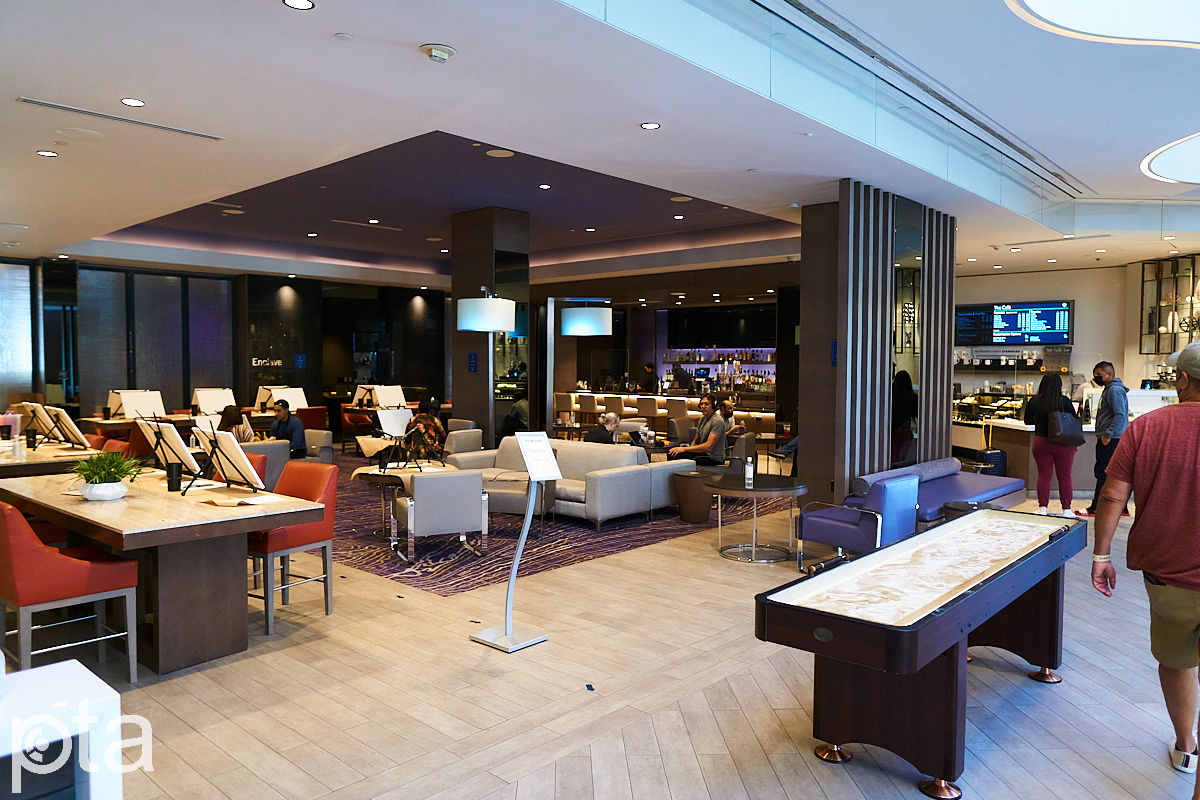 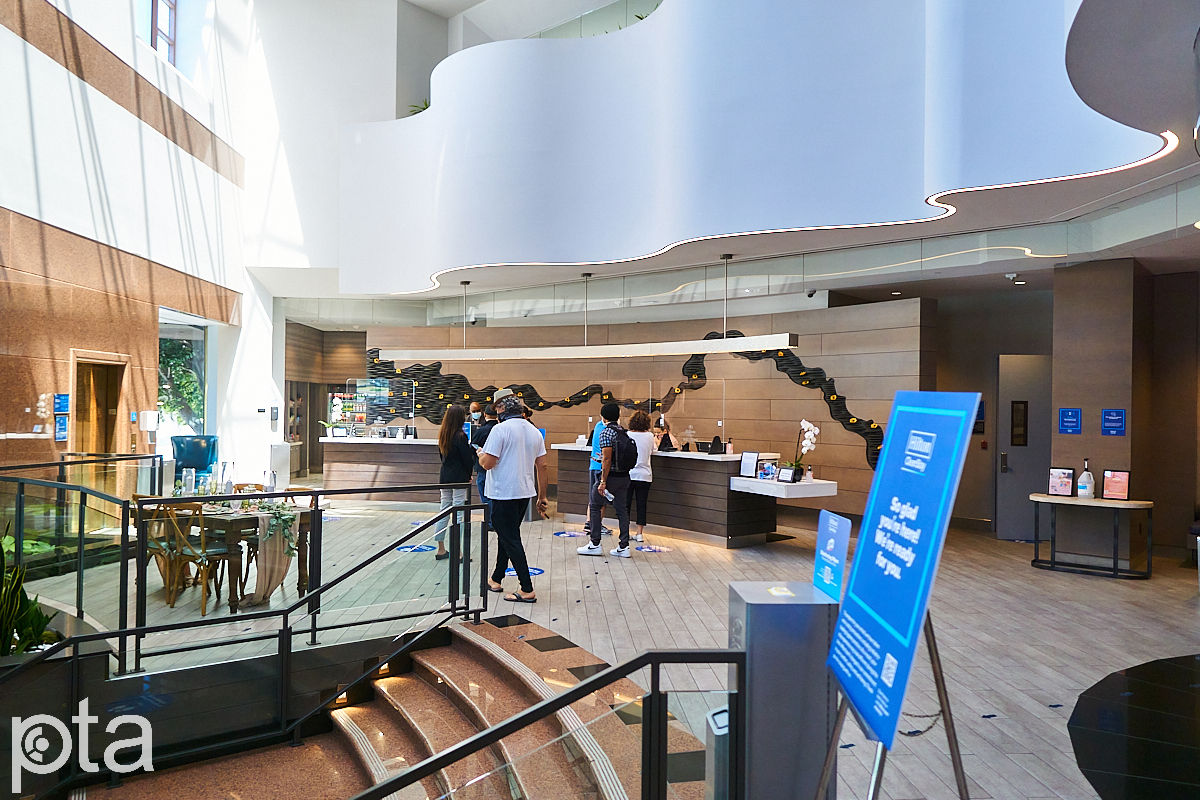 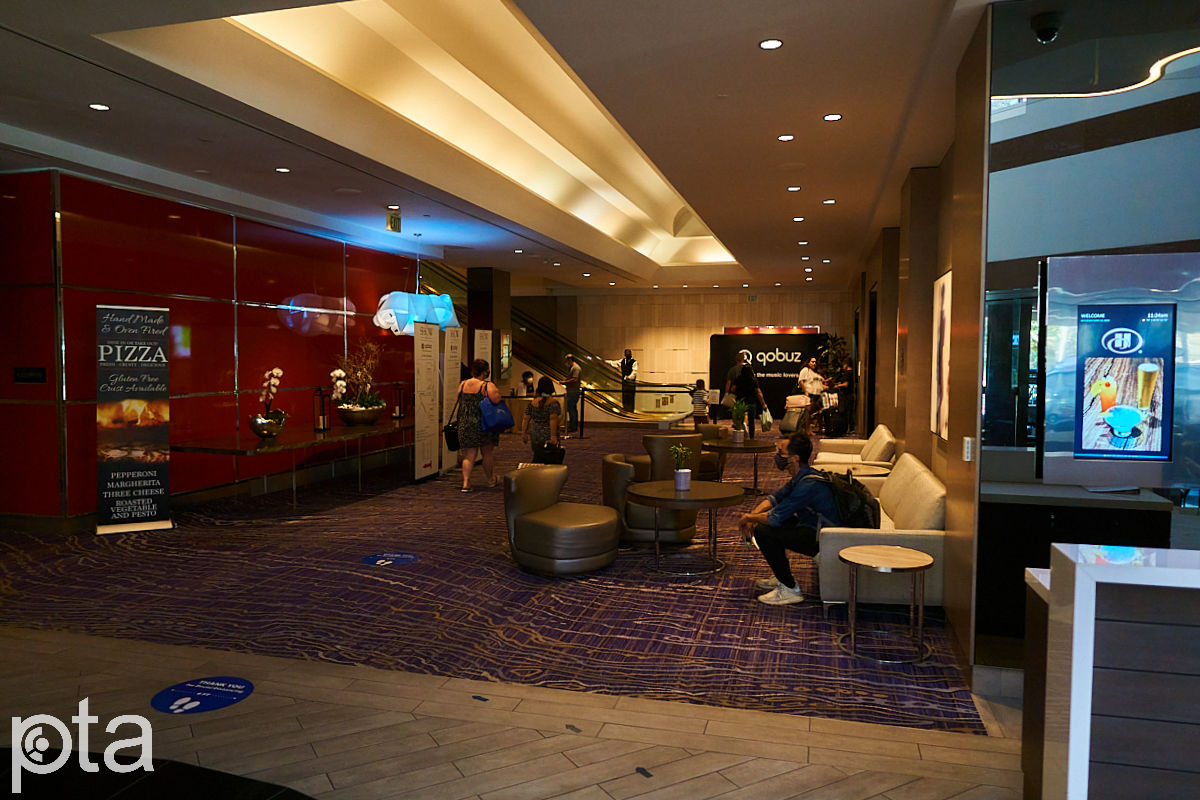 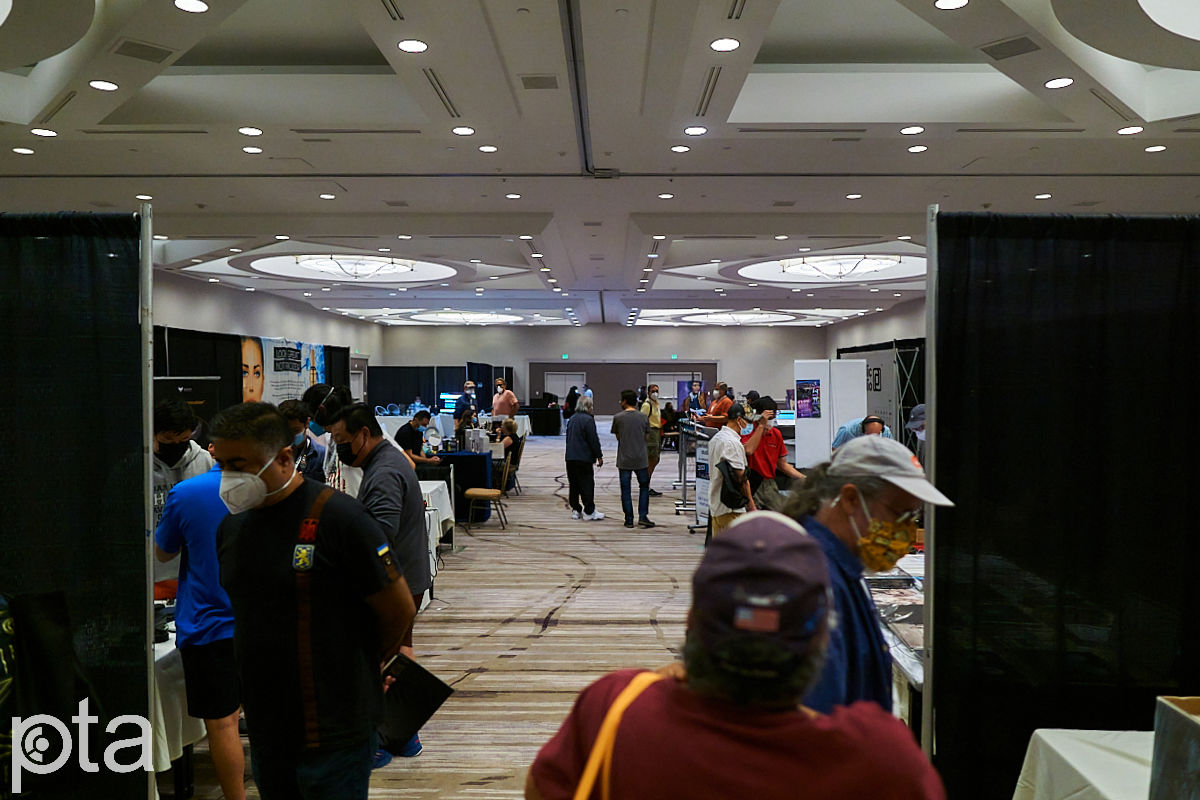 This review of Swiss jazz drummer Clemens Kuratle‘s new album, Lies, marks the first Vinyl Anachronist entry in several weeks because of my recent move from New York back to the Pacific Northwest. Once again […]

by John Richardson I’ve been on something of a roll lately with amplifiers from Pass Labs. Readers might recall that I reviewed a monster of an amp, the Pass X250.8 a couple of years ago, […]

I love me some Bill Evans jazz so this was a really fun room.  Mobile Fidelity Sound Labs is putting out a “One Step” album of his Portrait in Jazz and they had for us […]