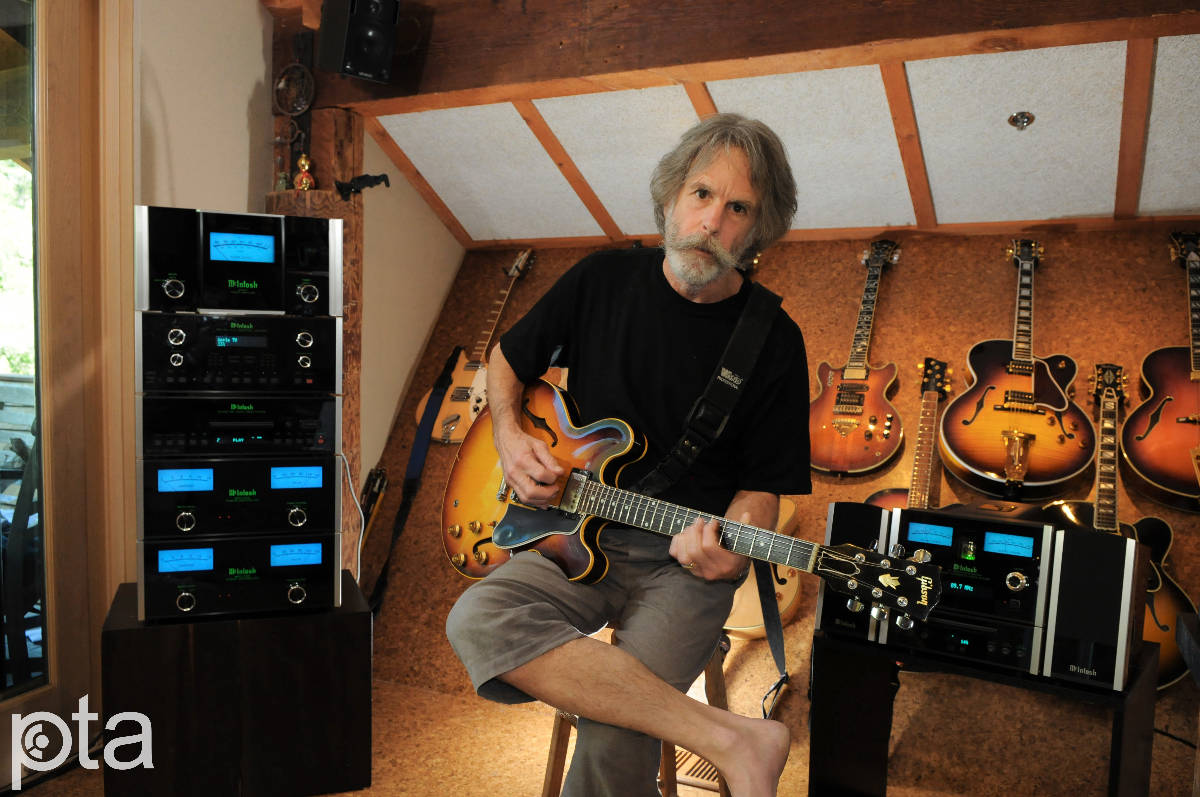 Details on the short film, including a link to view the full feature are included in the press release below.

JULY 13, 2021 (NEW YORK, NY) – McIntosh Laboratory, Inc. and CONVICTS have teamed up to launch “Voice of Sound,” a new short film that celebrates the history of sound and music, voiced by the Grateful Dead’s Bob Weir. McIntosh was elated to partner with purpose-driven creative studio CONVICTS for the project, both being New York based brands with a goal of elevating artists and celebrating music culture, especially during a time when music serves to connect communities and lift spirits up.

Since 1949, McIntosh’s ultimate-quality and fully customizable sound systems have consistently pushed boundaries to channel pure, unadulterated sound, powering some of the most iconic moments in music. The brand has remained true to its commitment to bringing people together through music– especially as we re-emerge after having spent more time at home, revisiting old songs and sounds that brought back fond memories. Music brings us back to the most impactful moments of our lives, shaping our identity and allowing us to look forward to shape new ones. Timed as we are all re-entering the world, the unveiling of this project is a celebration of that journey and McIntosh’s long-standing role of cutting through the noise so that others can find their way to pure musical enjoyment, voiced by McIntosh’s dear friend and music icon, Bob Weir.

“From the beginning, the project took on a life of its own; the script wrote itself and the images appeared with startling clarity,” said CONVICTS Director, Sharkey Weinberg. “At CONVICTS, we are dedicated to creating purpose-driven work so to collaborate with McIntosh, the brand that’s provided the hardware for world-changing creativity over the years, was incredible. Plus, working with Bob Weir as our voice of sound was straight out of our wildest little Deadhead dreams.”

“I’ve been at McIntosh for over 30 years and have seen the brand touch so many lives by bringing sound and music to homes and events like Woodstock,” said McIntosh President, Charlie Randall. “Telling a story so rich in history isn’t easy, and CONVICTS did a fantastic job of adding a human element that taps into that heritage and nostalgia. We were so excited to work with Bob for the project, I was thrilled when he said yes – for me, it had to be his voice.”

The film is narrated by the Voice of Sound (Weir) and explores the genesis of sound and its role throughout history, incorporating flashes of McIntosh’s iconic moments and products that seamlessly mix and mingle with powerful imagery with a soundtrack that only McIntosh could do justice to. McIntosh has powered the sounds of many moments, memories and lives around the world, and is excited to share this film to showcase its legacy and journey in a way that resonates with and connects people, helping guide them to find their own sound.

“Sound is important to me, I felt honored to have the opportunity to voice the character of Sound in the film,” said Weir. “Sound is spirit, it’s what all musical instruments are trying to do, trying to release spirit. You work for a lifetime to be able to do that with your hands and your voice. You’re trying to reach for a truth that eludes words, that’s deeper and more profound than words, and that’s an artist’s job. Anyone who can aid in this task, like the good folks at McIntosh and the gear that carries the message the artist puts forth, they are involved in an undertaking that goes beyond just doing business.”

Founded in 1949, McIntosh Laboratory, Inc. is known for offering distinguished quality audio products, superior customer service and the ultimate experience in music and film. All McIntosh products are handcrafted at the Binghamton, NY factory by over 150 employees with a passion for music and the McIntosh heritage. McIntosh continues to define the ultimate home entertainment experience for discriminating consumers around the world, with the iconic “McIntosh Blue” Watt Meters globally recognized as a symbol of quality audio. Since its inception, McIntosh has been powering some of the most important moments in music history and pop culture. From President Lyndon Johnson’s inauguration speech to Woodstock to the famous Grateful Dead “Wall of Sound,” McIntosh has not only witnessed history, it has shaped it. With McIntosh, customers have the ability to create their own premium audio experience – and truly live their music.

Founded in 2015, CONVICTS is a digital media brand and creative studio that aims to make the world a better place through original storytelling. We’re all about the right kind of trouble: the status-quo shaking, rebelliously positive actions and attitudes that move the needle from bad to good. To this end, we develop and distribute premium original content and programming about the creators, characters and movements making the right kind of trouble in contemporary culture. We amplify their voices through our cross-channel network that reaches a global community of conscious tastemakers. With offices in New York, Los Angeles and Byron Bay, CONVICTS’ full-service creative studio collaborates with select brands and organizations to produce and publish purposeful video, photo and written content for today’s digital platforms and socially minded audiences. CONVICTS clients have included the Apollo Theater, AUDI, Estée Lauder, UNICEF, Nike, LVMH, Instagram, Heineken, Ian Schrager Company, Bacardi and Creative Artists Agency among many others.

Welcome to the Best Digital Players section of the Part-Time Audiophile Buyers Guide for 2022. The Guide is more than “We heartily endorse this [fill in the blank ].” This collection represents our enthusiasm. Every […]

Rat Tale: How a Fictional Audiophile Got Me into Hi-Fi

This story originally appeared in our print publication, The Occasional Magazine. Words by Nan Pincus, Photos by Eric Franklin Shook I had dark hair and she had blonde. She stayed out all night watching movies […]

If you’ve attended a high-end audio show, you’ve probably seen the Big McIntosh Room. McIntosh Labs always goes all out for these events, usually occupying one of the big ballrooms downstairs and filling it up […]