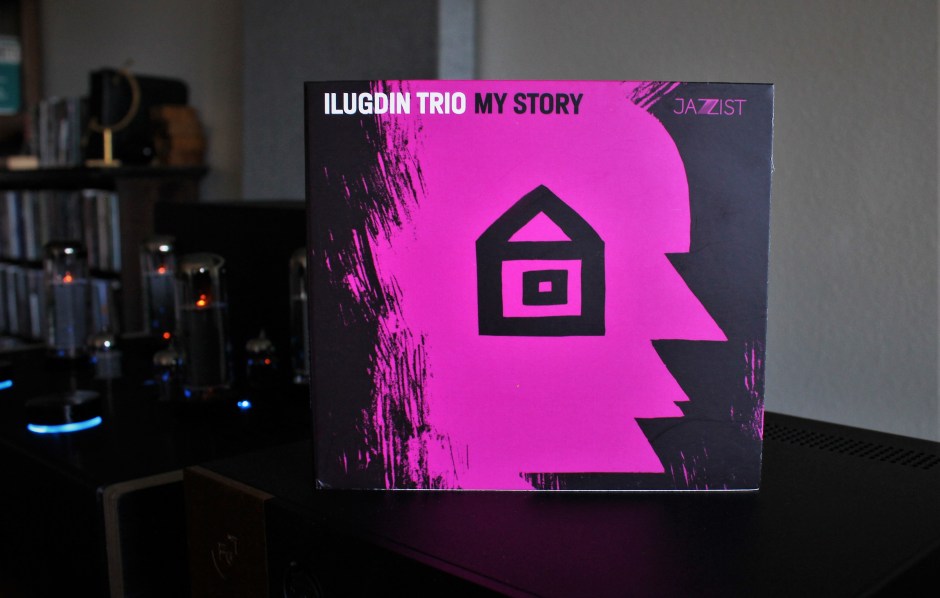 This week’s international jazz surprise comes, once again, from Russia. My Story from Ilugdin Trio isn’t as esoteric as some of these other albums I’ve been reviewing–even from fellow Russians such as LRK Trio. Instead, pianist Dimitry Iludin and his trio, bassist Viktor Shestak and drummer Petr Ivshin, deliver something that seems almost rare in contemporary jazz–an exploration of true melodies, and the creation of beautiful and introspective jazz that’s also full of haunting ideas about the human condition.

This is the third album from Ilugdin Trio, and the first release from brand new Jazzist Records based in Moscow. Iludin has included original compositions that are very personal to him and reflect different points in his life where he felt universal, shared experiences and emotions. For instance, the song “Case” is about “unexpected situations that make you feel uptight and uneasy at first but, as time passes, you grow to have fond memories about them.” Each member of the trio identified with these life markers, and added their own experiences and fleshed out Ilugdin’s visions.

What makes My Story from Ilugdin Trio so downright memorable, however, is the way these melodies and themes stretch out into the universe and sponge up those collective feelings we all seem to possess. For instance, Ilugdin’s piano work is light and fluid and more than once made me think of Chopin, and there it is in the liner notes, something about reinterpreting classical music. But there are other times where I hear the echoes of film music–at one point I sensed a melancholy variation of the theme from the 1978 film “Heaven Can Wait.” But then, in a second, it sounded like something else entirely, a completely different melody, all with the same notes.

While the Iludin Trio could be all about the pianist and composer, the other members of the group have some tricks up their sleeves. There’s an unusually tight bond in the rhythm section, where there’s an overlap between the bass drum and the knocking on the body of the double bass, and it’s hard to tell where one ends and the other begins. This is fascinating since the sound quality of My Story, like all of these albums I’ve been receiving from Switzerland, Russia and Japan, is superb. Congratulation to both Ilugdin Trio and Jazzist Records for starting off on such a high note together.

There’s an important foreword to my love story with the Lab12 Integre4 integrated amplifier. A few years ago, shortly after I joined the PTA team and started work on my first issue of The Occasional […]

Before I jump into the Mola Mola Tambaqui, I have to share a delightful tidbit of deadpan humor from my roommate. While amusing on its own, it ended up more prescient to the little DAC […]

At Casa de McAudiophile, the impressive hit parade of floor standing speakers continues. This latest installment of chart-topping performers is the seductive sounding and beautiful Marten Oscar Trio from the Sweden (website). The Oscar Trios […]