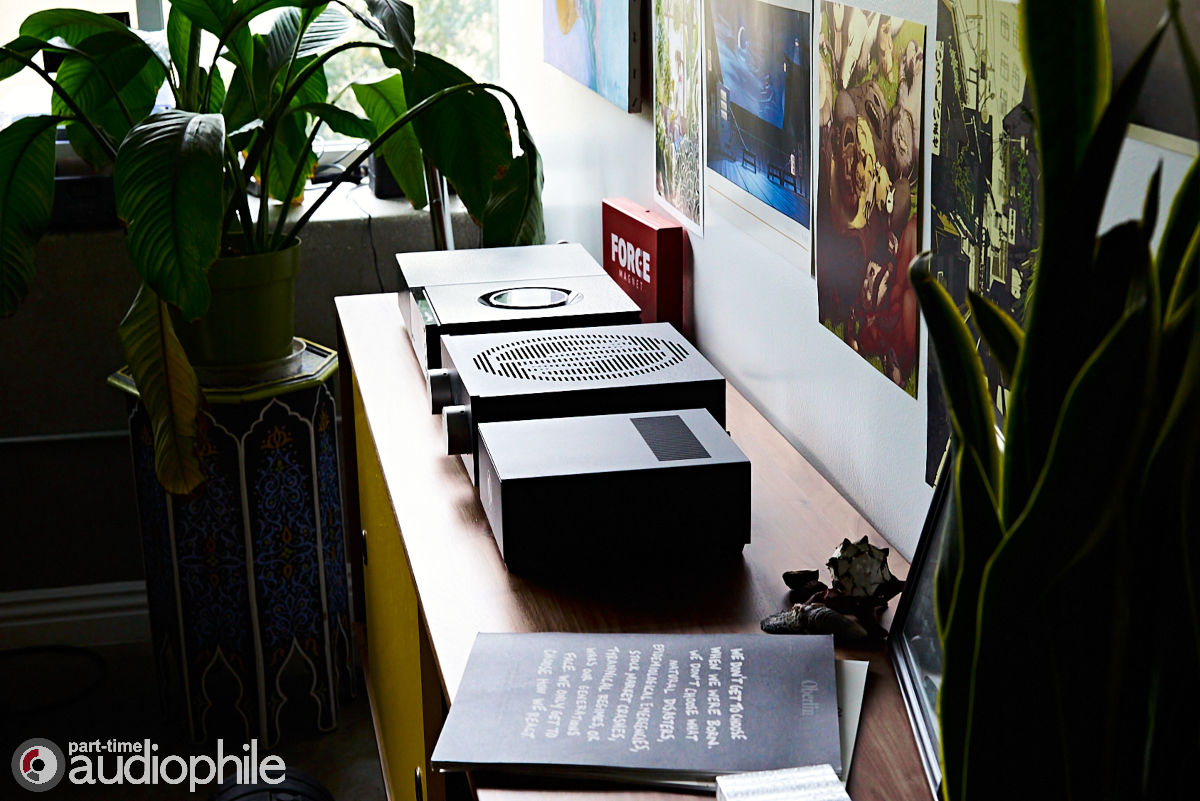 Shortly after my review of the ModWright PH 9.0 phonostage (linked here), Dan Wright reached out to inform me of a new upgraded model (ModWright PH 9.0X) and asked if I’d like to listen to it. As the first version sounded so good, I enthusiastically agreed and sent back the unit I had reviewed for the upgrades which cost $995 USD at the time of writing.

According to the website, the ModWright PH 9.0X upgrade, “… involves the addition of a pair of Lundahl gapped output transformers, commonly used in SET tube amps. The addition of these transformers also means the elimination of a pair of chokes and coupling caps, all in the signal path. The circuit change made to the PH 9.0X, make it much closer to the PH 150 in terms of overall circuit design. Various other circuit differences in the PH 9.0 vs. the PH 150 were implemented, to see where the PH 9.0 could be improved. Most either made no difference, or for whatever reason, did not sound as good in the PH 9.0. This circuit change however DOES make a difference. The use of the Lundahl output transformers was one of the cost cutting design changes made to the PH 150 to achieve the PH 9.0. I found that the improvements were simply big enough that it warranted offering the upgrade, as an add cost option for the PH 9.0.” 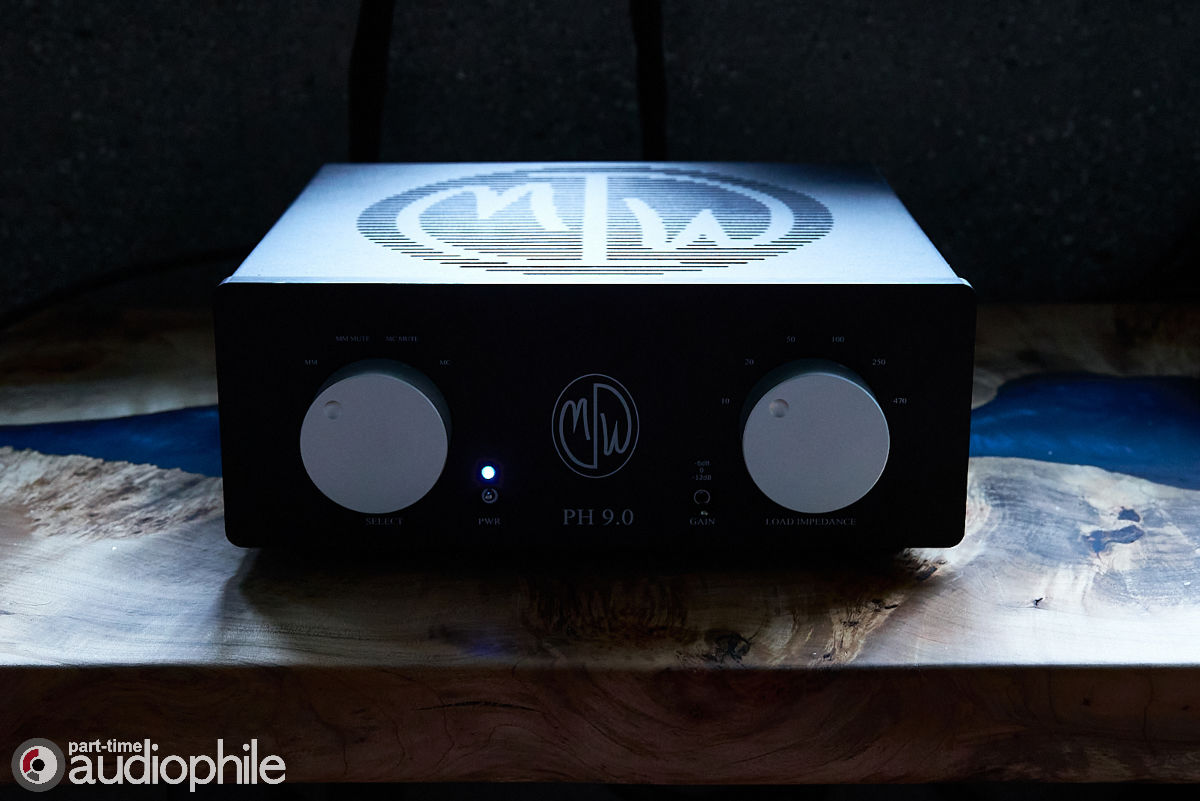 Dan told me the modifications to bring the PH 9.0 closer to the PH 150 were quite significant and range well beyond just a transformer upgrade. Based on what he shared with me, I feel that there’s a lot of value just in parts packed into the ModWright PH 9.0X upgrade. Transformers alone are quite expensive, but he went many steps further in pursuit of even better sound. So what are the results?

While I remember the original PH 9.0 as one of the finest phonostages to grace my system, alongside the Manley Steelhead RC and other great tubed phonos, the sound was decidedly a little cooler and more neutral than some of those options. There was a roundness to transients which was pleasing, but other than that and a pervasive smoothness, you might have convinced me it was solid state. No longer the case with the ModWright PH 9.0X upgrade. 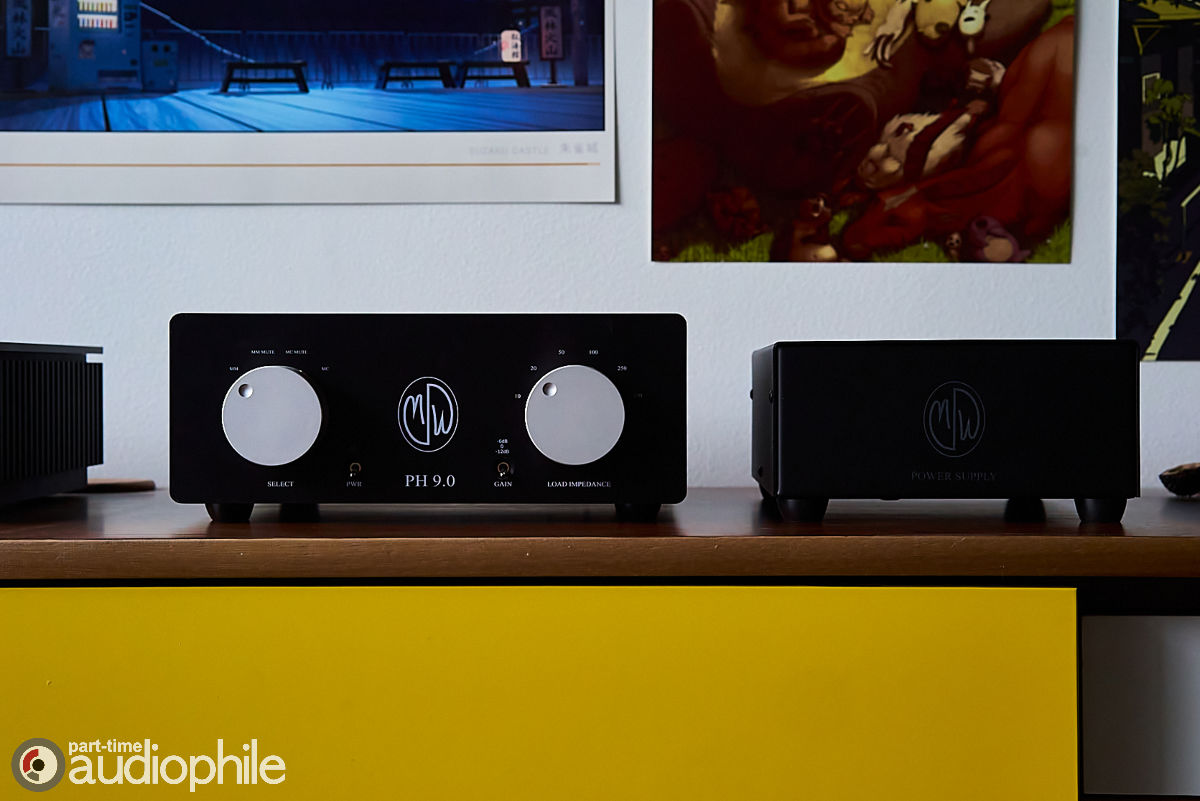 Sounds from the ModWright PH 9.0X now emerge more dynamically and with more authority, more scale and even more organic and satisfyingly epic bass. The palette the phono paints with is no longer slightly cool and rounded, however it isn’t warmer either—in fact it removes itself further from the signal path, seeming to adapt to program material and disappear with greater ease. Imaging took a distinctive step forward, with auditory soundstage cues popping out more tangibly and with a more natural sounding decay.

Could I say that the ModWright PH 9.0X upgrade makes the original PH9.0 less smooth? Perhaps, but only in the sense that it no longer sounds like a smooth piece of gear, and simply one that more invisibly portrays great recordings on great playback gear.

For just $995 USD extra, the original PH 9.0 went from a top notch recommendation at its price, to my first recommendation for an end game phono stage at real world prices. 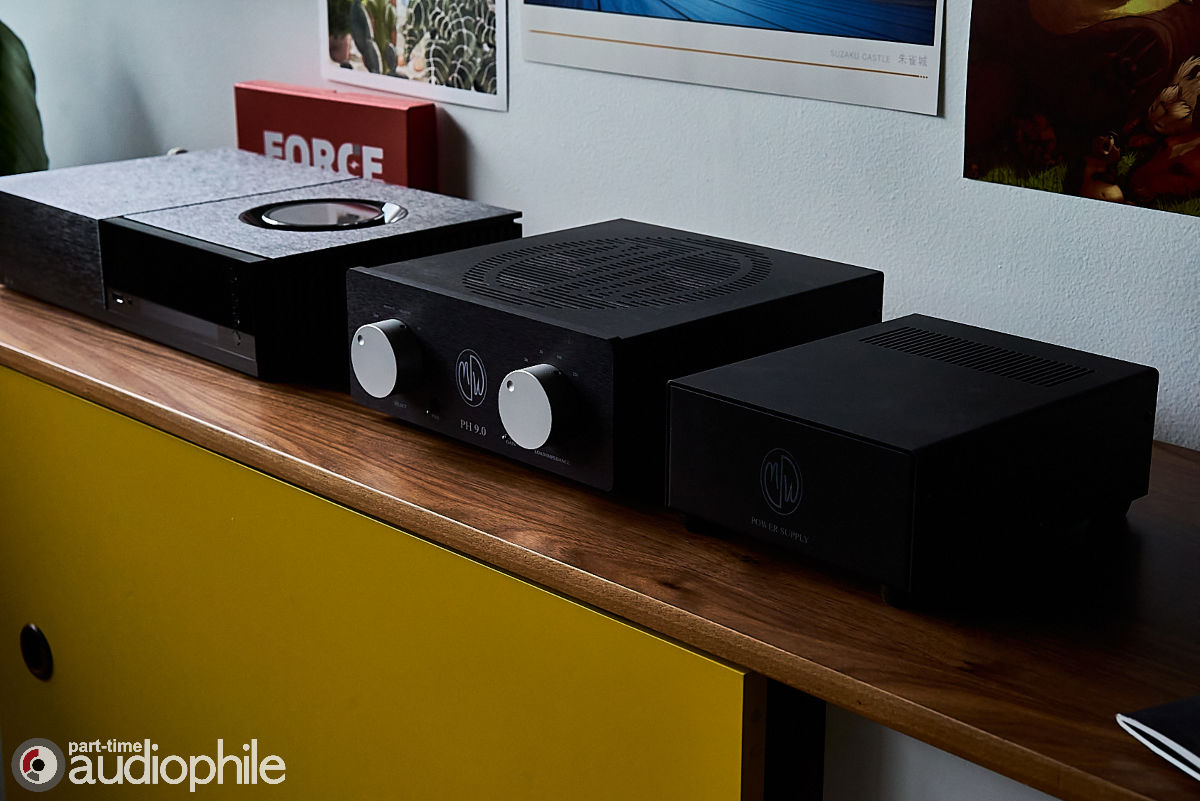 Editors’ Note: The new ModWright PH 9.0X will be making its East Coast audio show debut this November, as it will be shown alongside Fern & Roby’s new Raven III loudspeakers at Capital Audiofest 2021. Expect a full and comprehensive show report from Eric Franklin Shook to follow. 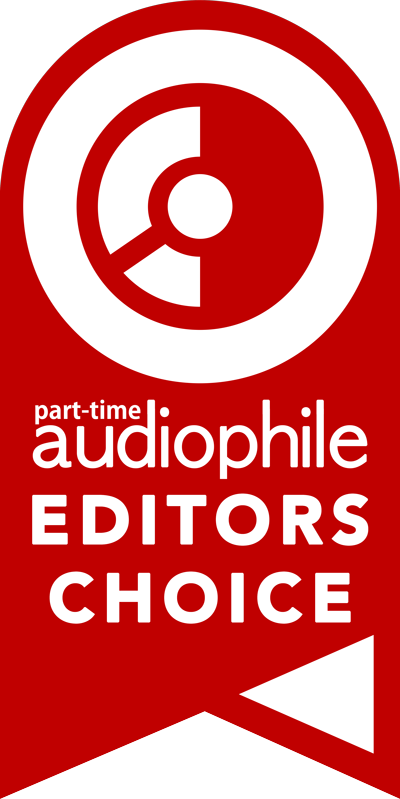 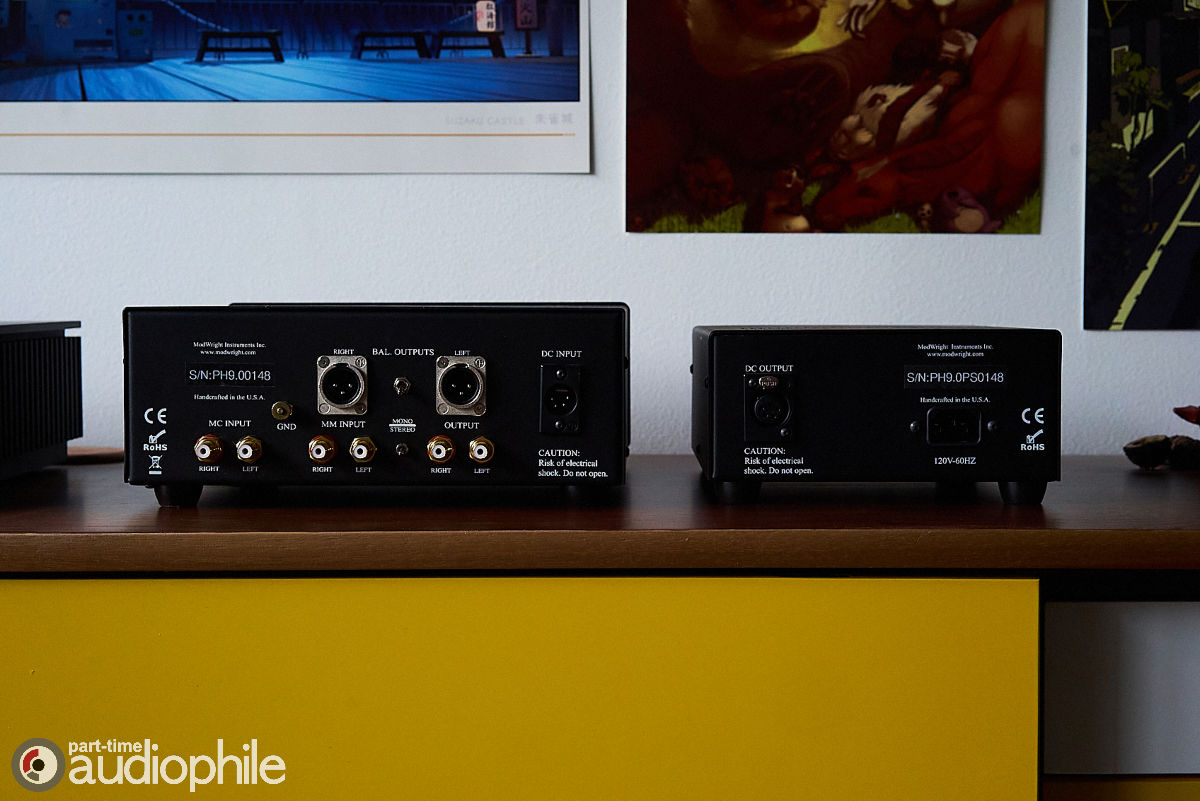 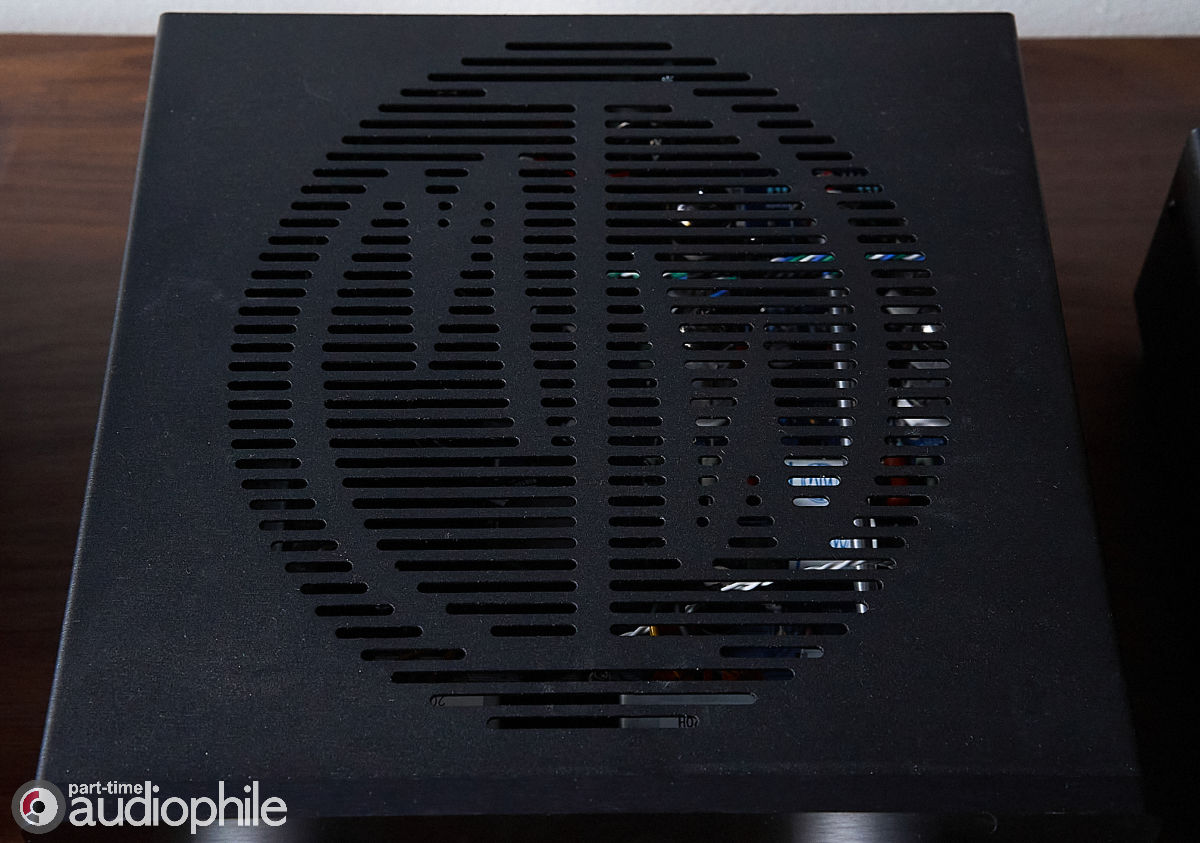 As a teenager, my musical preferences were Rock with a slice of quality Pop, Hip Hop, and a twist of classical music. That is, “all over the place”. I remember hanging out with the rock guys, but […]

Some things bear repeating, others demand it. Room 526 at this years Capital Audio Fest 2021, reinforced things we loved and learned about Spatial Audio and Linear Tube Audio way back in 2019. Along for […]

Not more than a couple of decades ago, just about everyone involved in the audio biz gave turntables a farewell salute. Sales dropped rapidly and historic names like Micro Seiki, SAEC and Fidelity Research faded […]