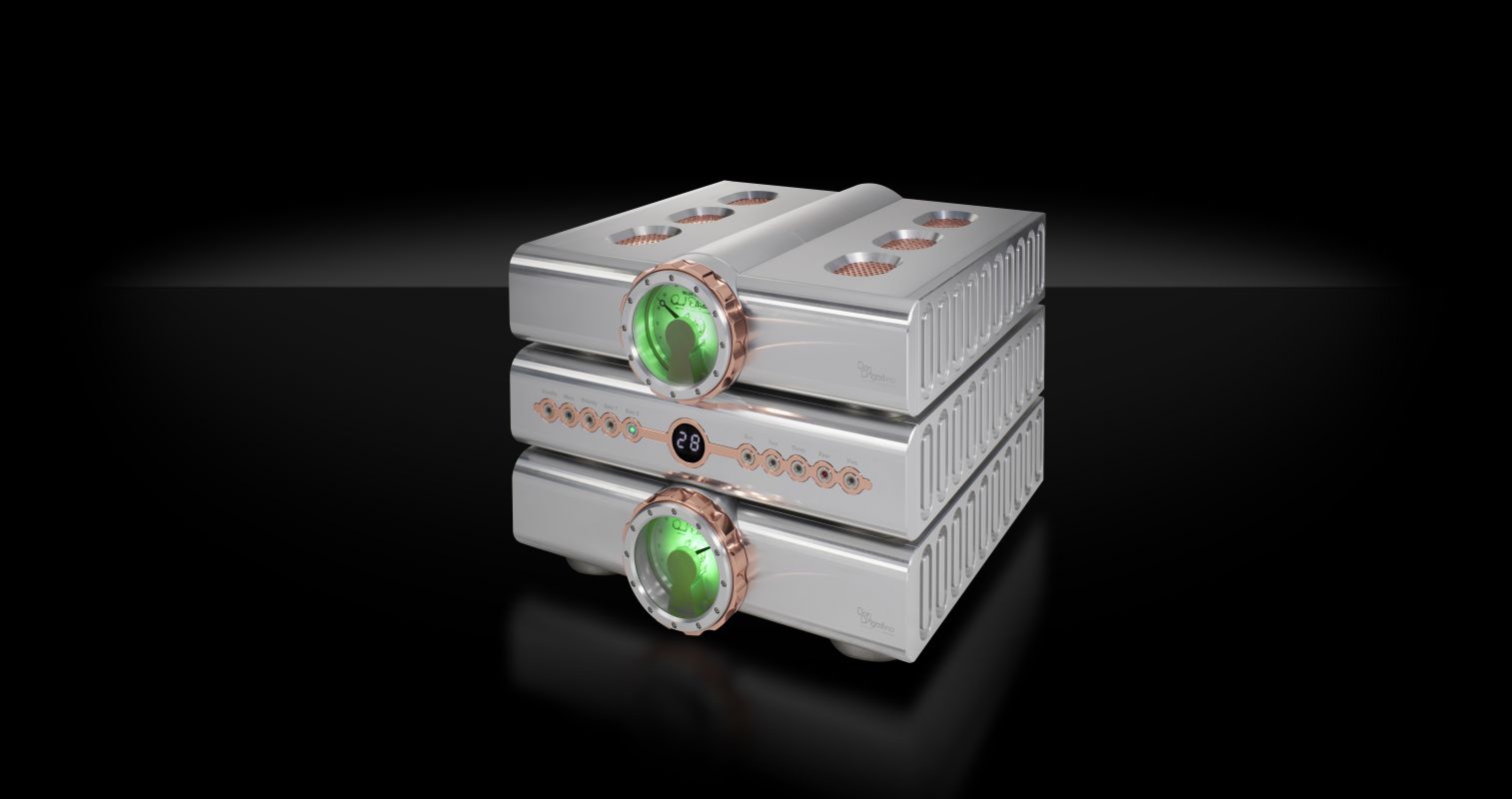 If G-d herself owned a stereo system, I’m imagining she would have components that looked a lot like those from Dan D’Agostino’s Relentless Series.

We’ve been tremendously enthusiastic fans of D’Agostino Master Audio Systems components since their launch. It was our own Mohammed Samji who reported on his first listening experience with the Relentless Monoblock Amplifiers (linked here) back in 2018.

D’Agostino has continued to impress our staff at Part-Time Audiophile. The most recent being when D’Agostino Momentum Phonostage (reviewed here) made our Editors’ Choice list, and also graced the deepest end of our 2021 Buyers’ Guide.

It’s remains no surprise that Dan D’Agostino’s creates some of the world’s most desirable high-end audio pieces like the new Relentless Preamplifier. One could say that his ambition is… relentless. Enjoy! 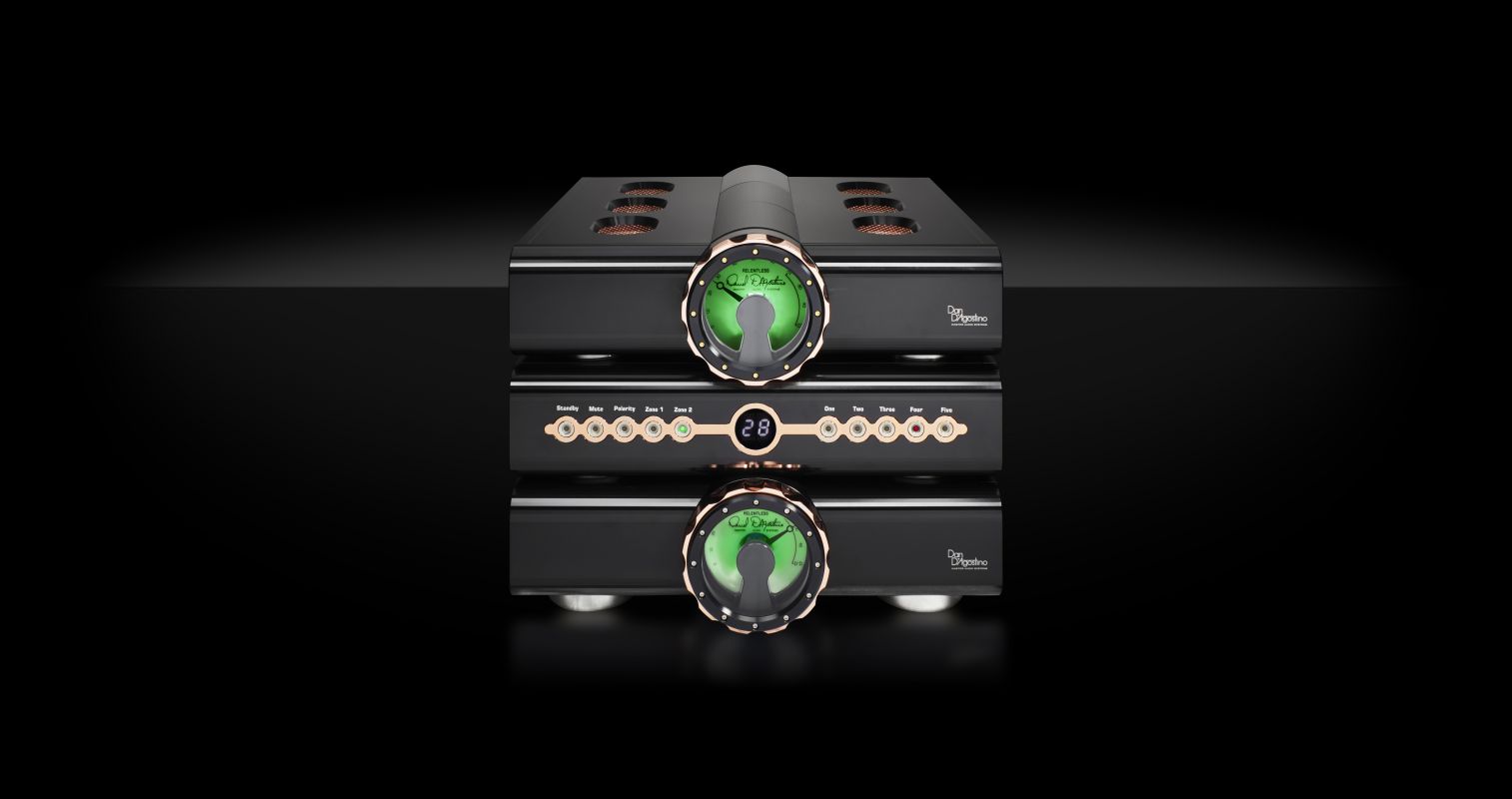 The breadth of the Relentless Preamplifier design requires the use of three separate chassis – a dedicated audio chassis for each channel and a separate power supply centered between the two to keep the power supply feeds as short as possible. The three chassis interlock through special mechanisms in the mounting feet of each chassis. Thirty pin interlocking 20-amp, gold plated connectors eliminate wiring normally used for these applications and the associated anomalies that can occur. This distinctive construction isolates the audio signal completely, both physically and electrically from the power and digital control sections. Physical isolation offers additional room to maximize both power and audio circuitry. This monaural structure also separates the two audio channels from each other ensuring the ultimate channel separation.

Positioned between the two audio channels, the power supply makes use of extensive electrical and magnetic shielding to keep radiated interference out of critical preamplifier circuits. Internal line conditioning circuitry filters RF noise on the AC power and compensates for asymmetric power waveforms and DC on the mains. Power for the preamplifier stages comes from two 150 VA toroidal transformer – one dedicated to the analog circuitry and one for the digital and control circuitry. These transformers drive an 8-amp bridge rectifier and 26,400 microfarads of filter capacitance. The two regulators for the analog stages are scaled-down versions of those used in the Relentless Mono amplifier.

The input stage in each mono preamplifier is the result of a design experiment for a circuit that hadn’t been used in any previous D’Agostino preamplifier. The audio circuit topology starts with a completely unique new discrete differential FET input stage featuring a voltage input signal capability of an extraordinary 30 volts. With an input impedance of over 1 MOhm, the Relentless Preamplifier’s front end is immune to source related electrical issues. In normal operation, component heating can lead to performance and sonic degradation. Developed specifically for the Relentless Preamplifier, a unique circuit maintains a stable bias so that temperature related anomalies are offset thus preserving performance during extended listening.
Featuring only balanced XLR inputs the Relentless Preamplifier topology rejects common-mode input noise over an unusually wide bandwidth. All signal gain is realized in the current domain using proprietary multiple-output current mirrors with nearly 30 times the linearity of other designs. Executed with four layer circuit boards for superior signal quality, the use of four-layer boards dramatically reduces distortion and propagation levels as compared to the more commonplace, two-layer boards.

Analog and digital circuit elements are isolated, including ground planes, from each other. Where necessary, digital control signals are optically coupled to analog circuits. The signal switching relays are hermetically sealed and use gold-plated contacts for maximum signal integrity.

Utilizing no negative feedback anywhere, core D’Agostino circuit concepts include a signal path that is fully complementary, direct coupled, and balanced from input to output achieving a frequency response flat to 120 kHz.

The Relentless Preamplifier is a two source/two zone preamplifier. This means that the Relentless Preamplifier can simultaneously control the switching and volume of two sources in two separate rooms or zones. This may be two analog sources or when equipped with the streaming digital module, one digital source and one analog source. In a one zone system, either volume control will adjust volume in the main room or Zone 1. If two zone operation is desired, the upper volume control manages the Zone 1 volume and the lower volume control adjusts the Zone 2 volume. 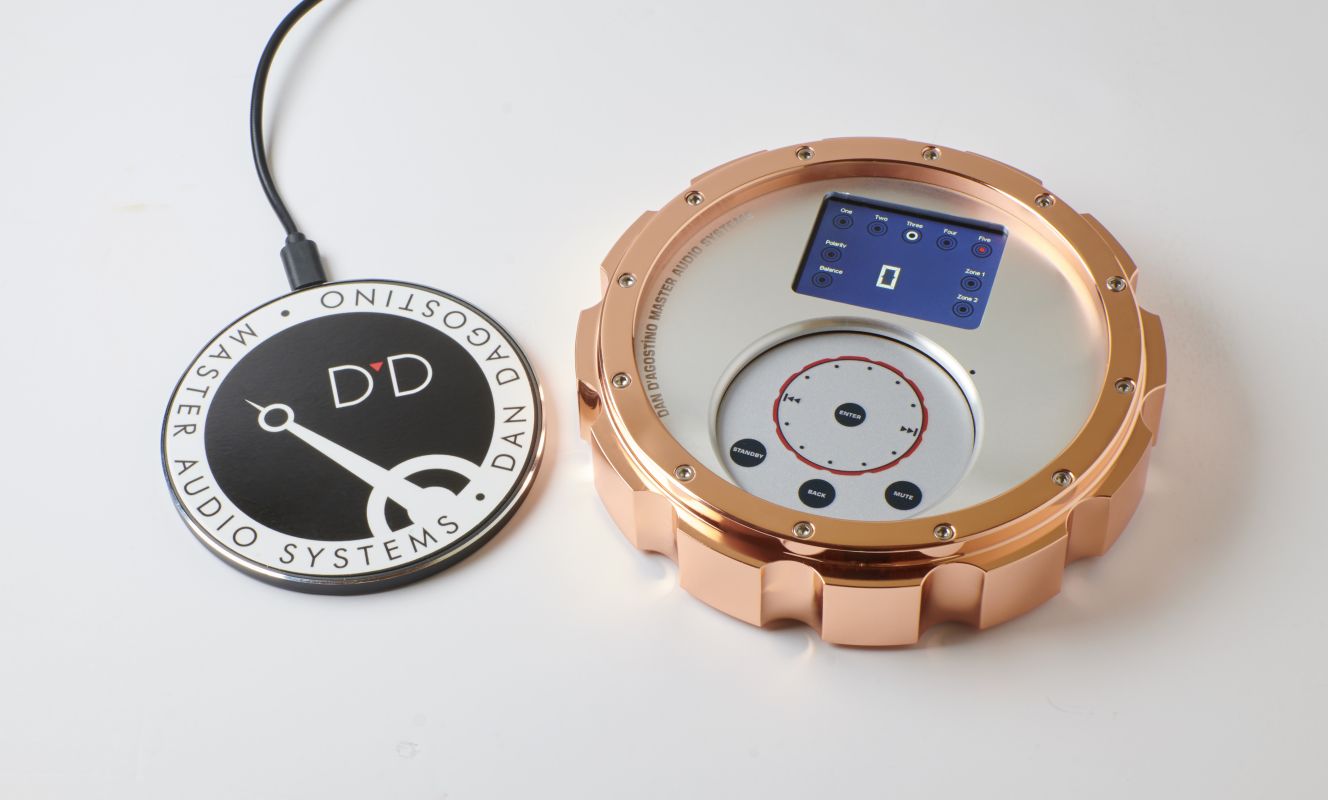 Completely isolated from the analog circuitry, the DSM is housed in the power supply/control chassis. Requiring three separate circuit boards the core element is a pair of DACs configured in differential mode with each one configured to handle the positive and negative signals for each channel. Capable of handling today’s highest resolution sources, PCM signals up to 32 bit/384 KHz and DSD signals up to DSD256 (11.2MHz) are decoded natively. Often overlooked or downplayed, the analog section of a DAC significantly impacts the final sonic performance of digital music. Internal balanced connections carry the final analog signal to the connecting feet and onward to each audio chassis. From here, the analog music signal takes advantage of the entire power and analog circuitry within the three chassis of the Relentless Preamplifier.

The Relentless Preamplifier is priced at £165,000 in the UK (inc. VAT and installation) and begins shipping in November 2021 in silver, black, or custom painted finishes. 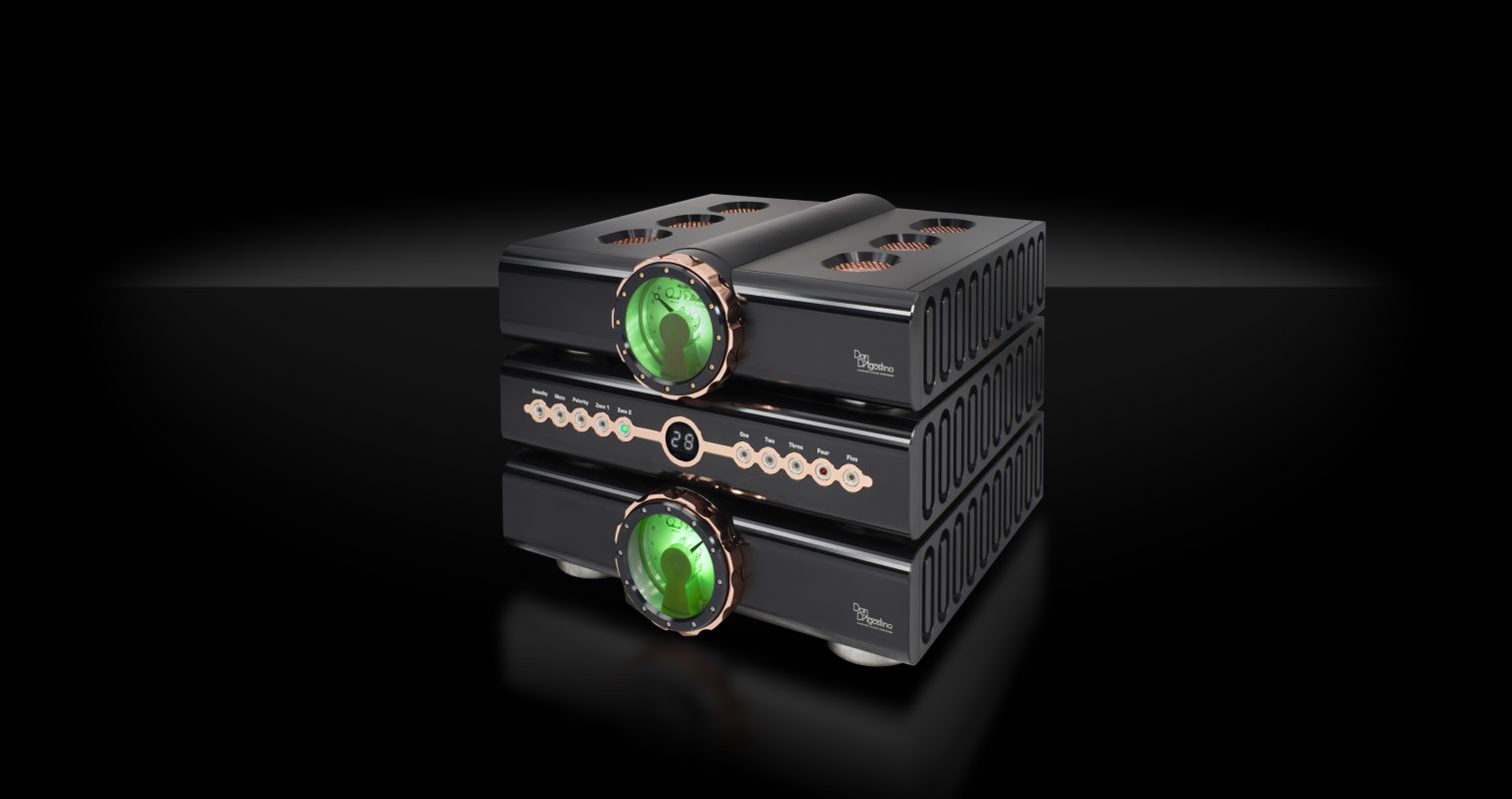 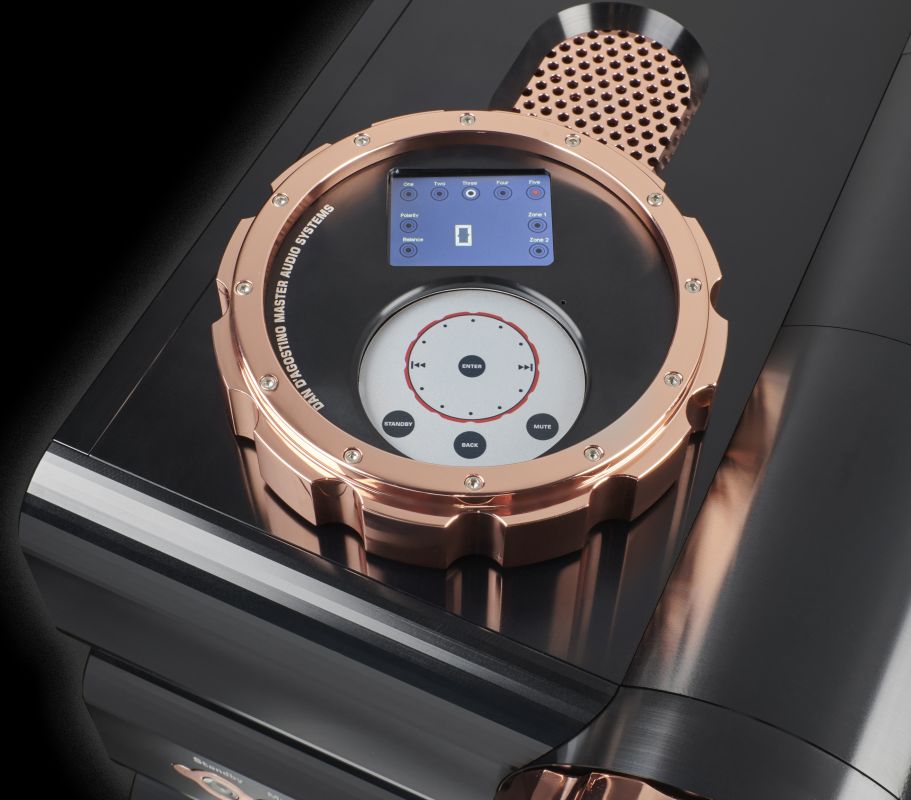 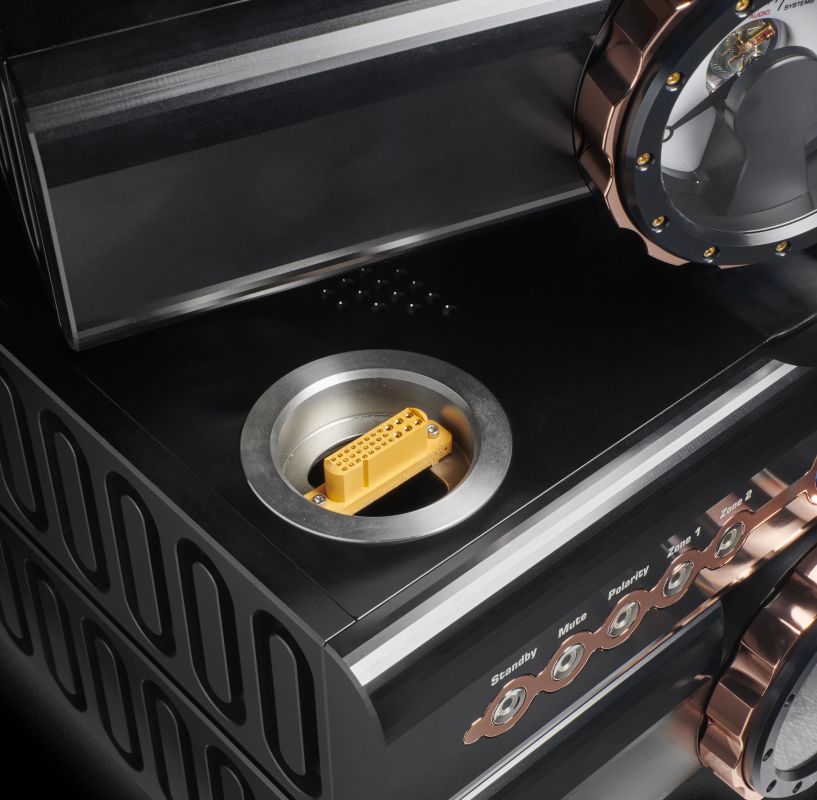 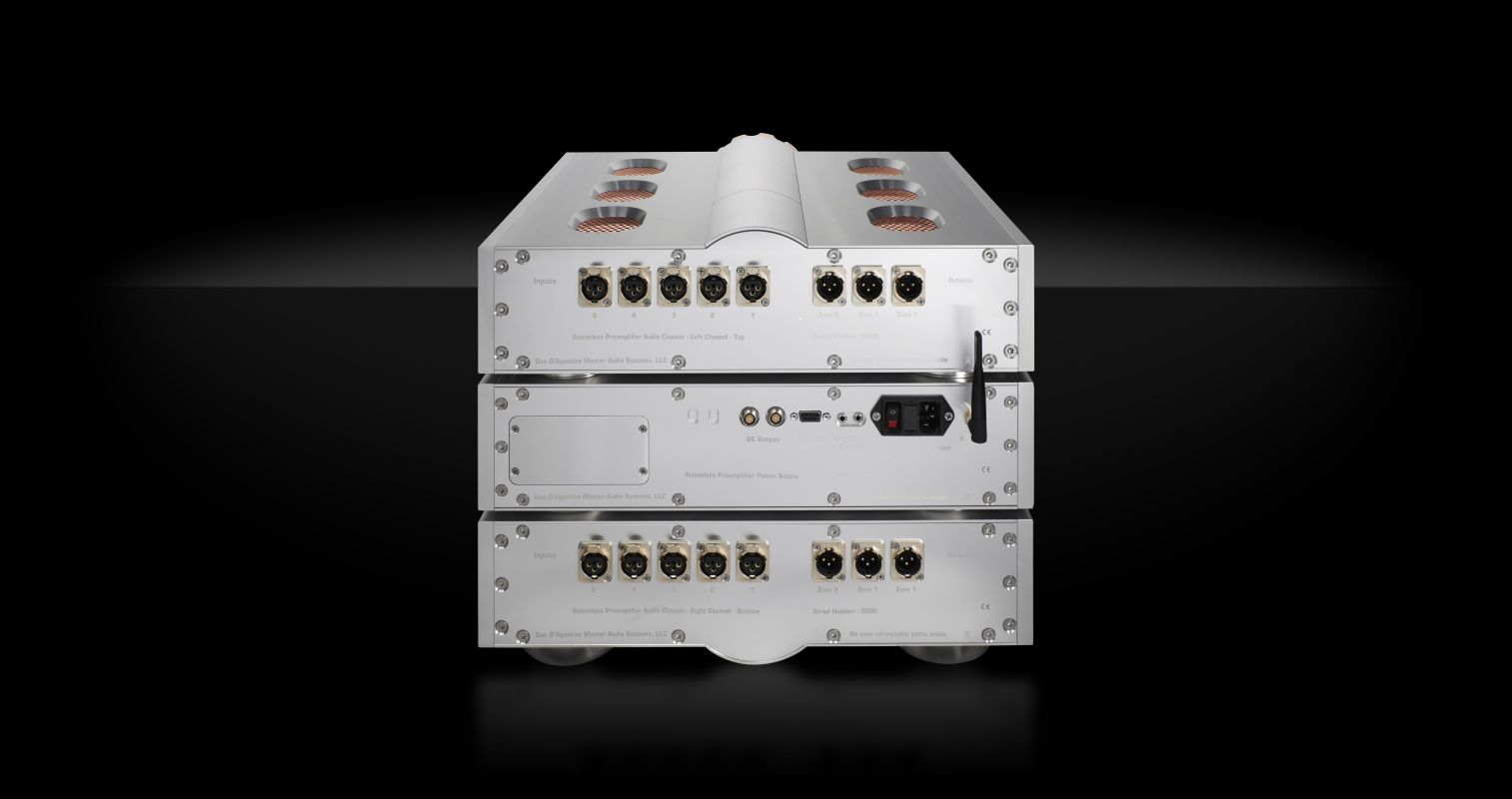 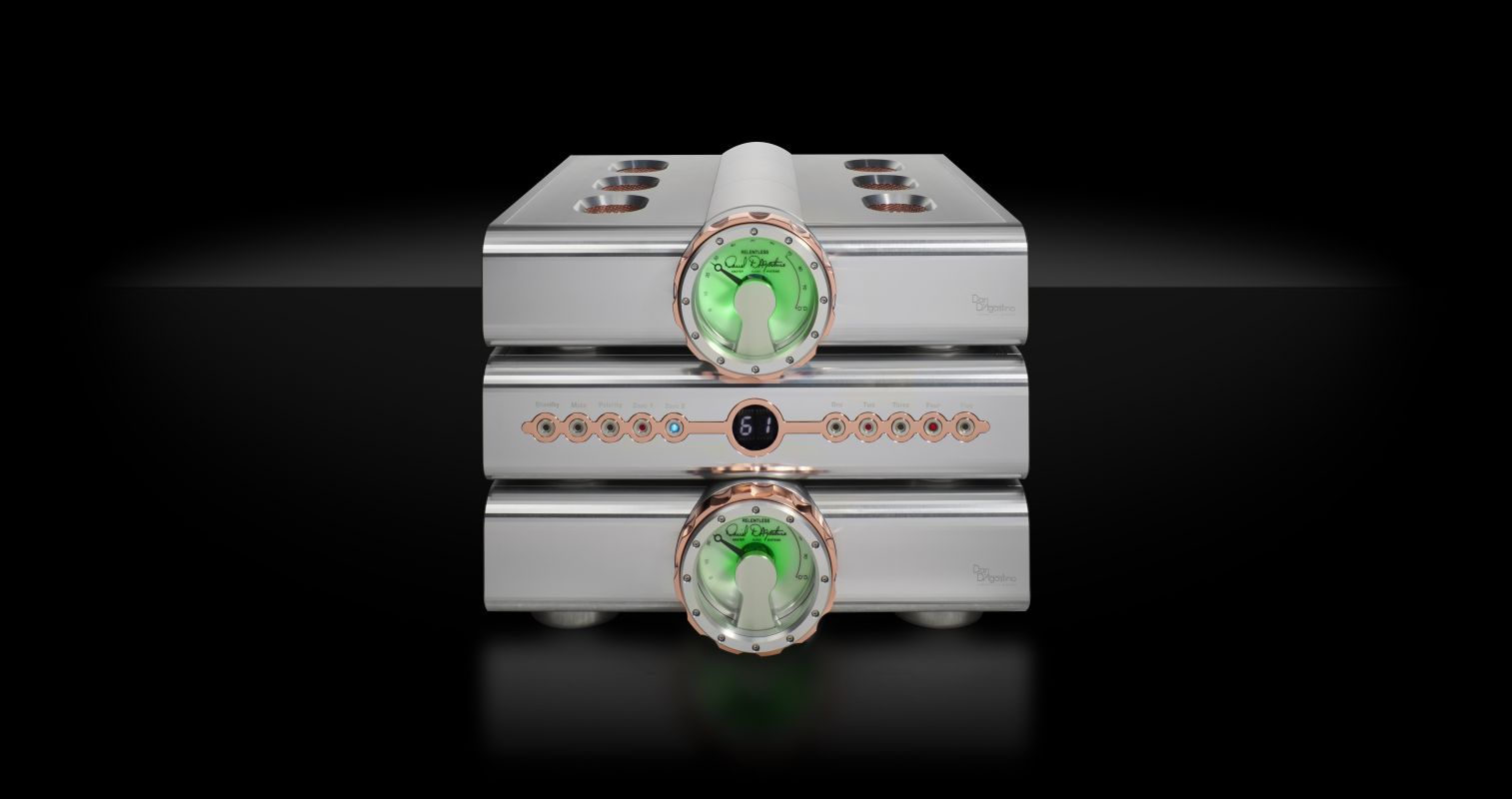 It was dark, and it was cold, and the faint morning light seeping through a crack in the curtains of my hotel room was grey, and did nothing to prompt me to throw them back, […]

Welcome to the Best Phono Preamplifiers section of the Part-Time Audiophile Buyers Guide for 2022. The Guide is more than “We heartily endorse this [fill in the blank ].” This collection represents our enthusiasm. Every product […]