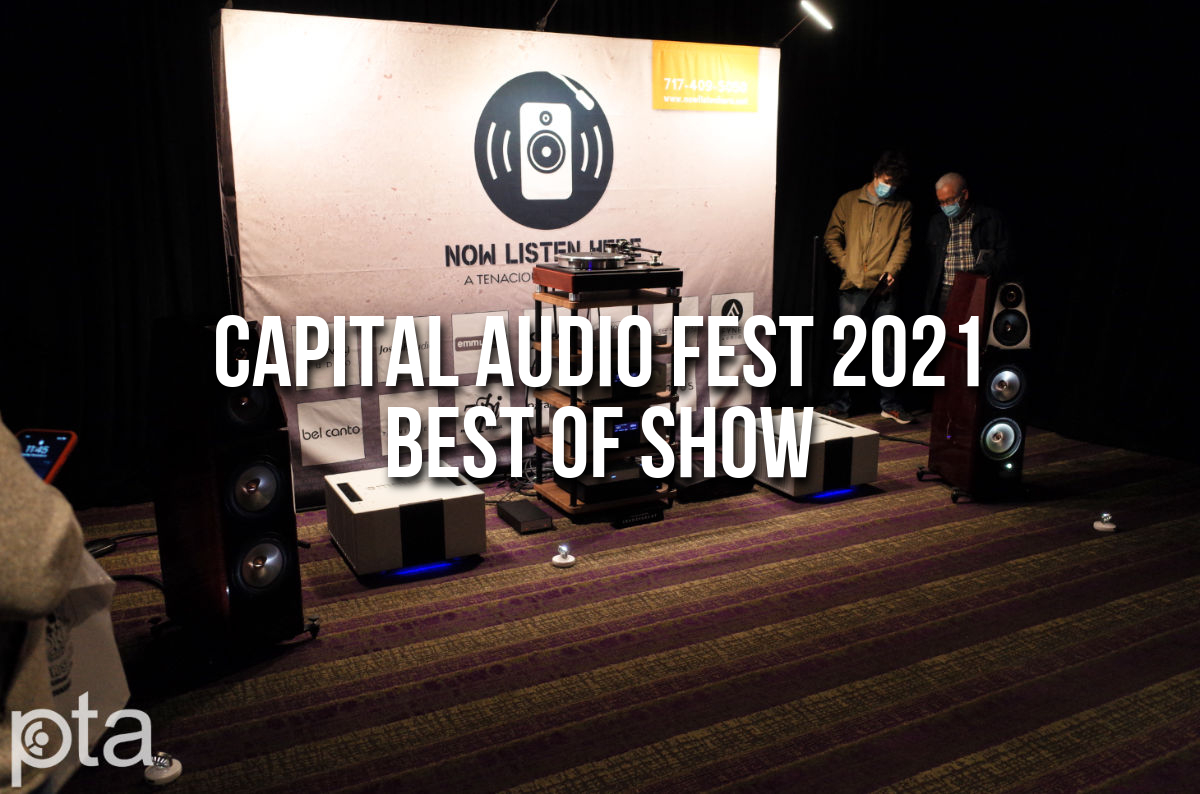 ROCKVILLE, MD (PTA) — Glad to be back at Capital Audio Fest for 2021. Arriving on Thursday it was a bit emotional for me, seeing all the exhibitors finishing the final bits of system setup and tweaking. Seeing all the show staff buzzing around the lobby getting the details in place. By Friday morning however, it was like the pandemic hiatus had never happened. I all hit the ground running at the show start and it felt for the most part like “the before times” as Dave McNair would say.

Everyone was well behaved, wore protective masks, and no cry-baby meltdowns were seen or heard of. Who says we audiophiles can’t be gentlemanly?

Unexpectedly, Friday was slammed packed with attendees, enough in fact to exhaust the supply of printed show guides. As audio shows historically go, usually Fridays are a slower start, with Saturday being the busiest, and Sunday being fairly strong early in the day. I think what happened was that everyone decided to show up on what they too thought would be the least crowded day, the only problem — everyone had the same idea. Though it wasn’t a problem to have a busy Friday and Saturday. 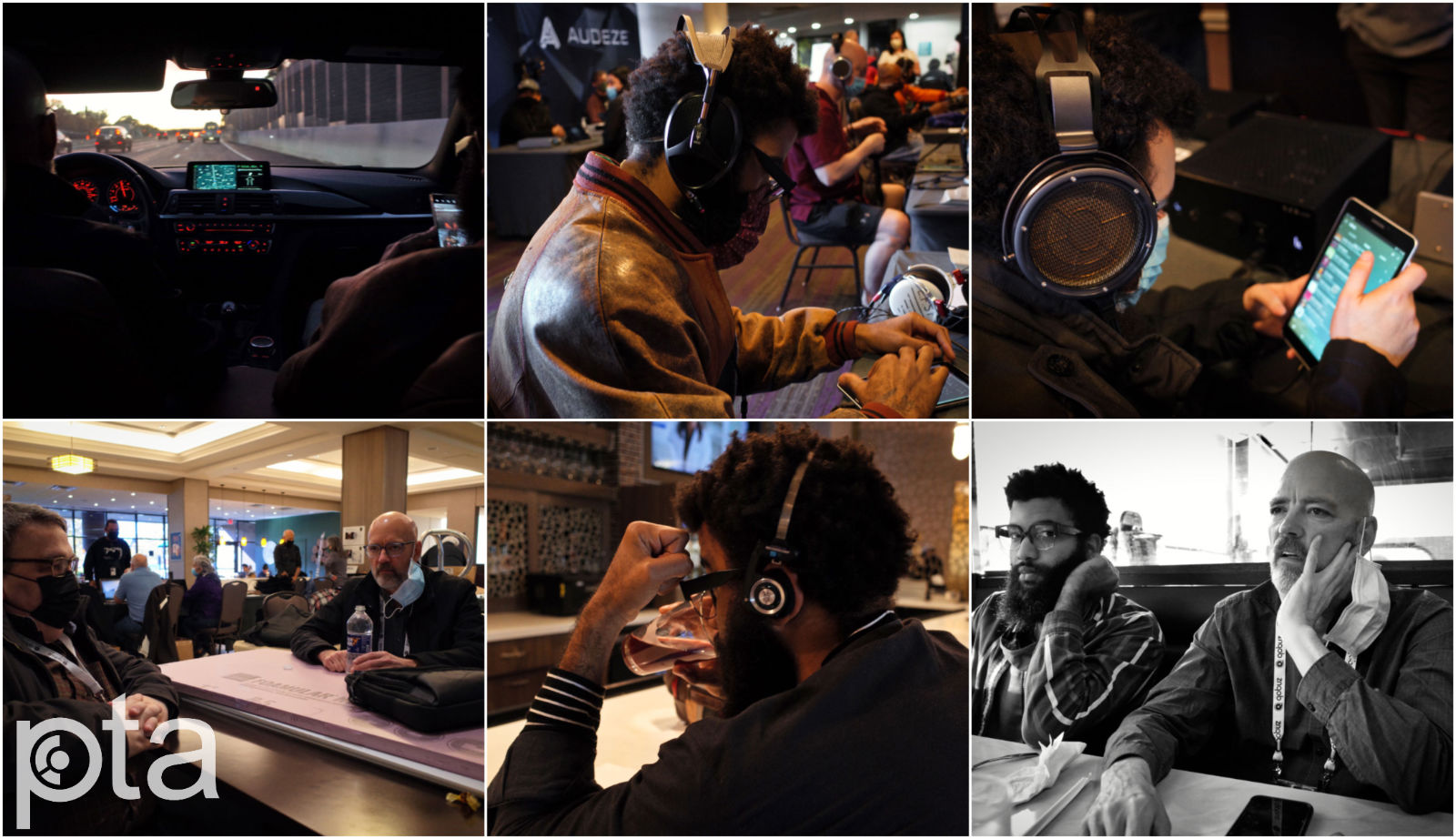 Thankful I am for having Dave McNair, Langston Styles of Ember Audio + Design, and Jameson Mourafetis (who was wearing the badge of Sue Toscano all weekend) along for the journey to Capital Audio Fest 2021. Over the course of the weekend we developed a consensus on what were the best debuting products, the best sounding rooms, and the best overall exhibitors. Let’s explore what one of America’s favourite audio shows had to offer.

The Best Debuts (and Sound)

These exhibit rooms featured premiering product where the debuting component or speaker, made a sizable and justified impact on the system. Several of which also had some of the best sounding systems at the show.

You don’t come across single brand systems at audio shows that often, so when the opportunity arises I take advantage. Treehaus Audiolab founder and designer Rich Pinto was demonstrating a full line of electronics and speakers, which feature unique parts and implementation. Taking the reins of the Treehaus system on Sunday afternoon, friends Langston Styles, Jameson Mourafetis and myself put the system and its components through the paces. (story linked above) 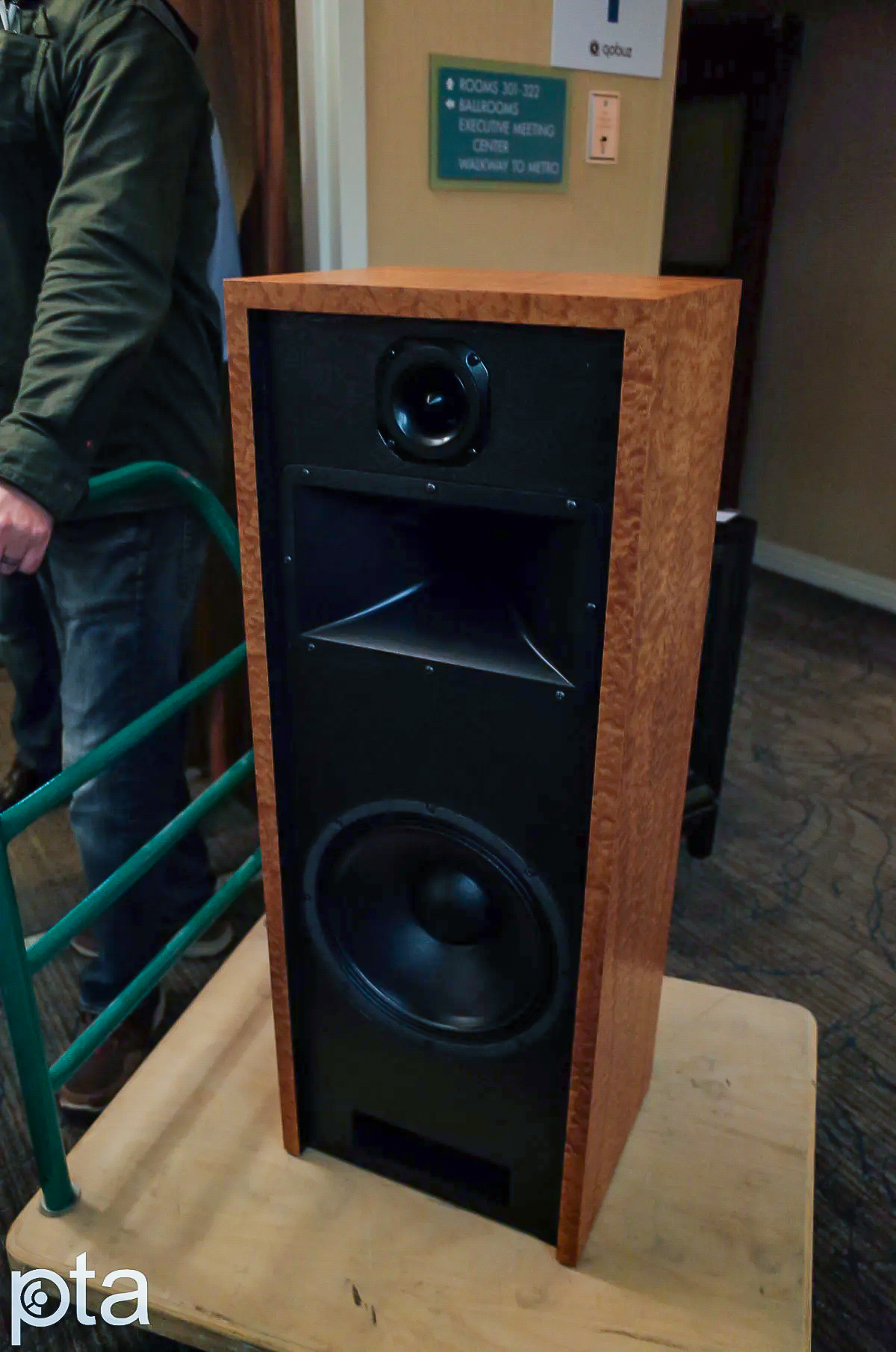 This story goes back almost a year or more when Greg Roberts, founder of Volti Audio exchanged a few emails and phone calls about a new loudspeaker he had been working on that takes advantage of advanced CNC production technology to produce a new entry-level model into the Volti Audio stable of products. For once, someone with deep pockets, but really short arms–like myself–can partake in the Volti fun. (story linked above)

Just this summer Dave McNair and myself journeyed to Fern & Roby to give a first listen to Chris Hildebrand‘s new The Raven III loudspeakers. Both of us left quite impressed. Like before at Fern & Roby’s factory showroom, the new Raven III sound like the loudspeaker Fern & Roby were always destined to make. (story linked above)

Doug White of The Voice That Is is a perennial all-star in this industry. As a dealer he’s exemplified what it means to be a curator of sound. Along with the help from Michael Vamos of Audio Skies, the duo have assembled a showstopper of a system. If you were there this past weekend you know, and you also know how difficult it is to describe systems that toil in absolute perfection. (story linked above)

I’ve written it before and it bears repeating: audio show exhibitions from The Audio Company of Marietta, GA should charge an additional admission fee. The story of the day belonged to Valve Amplification Company also known as VAC who was making a world debut of their newest Master 300 Musicbloc™ power amplifier. (story linked above)

The Best of Show Sound

As Dave McNair would say, “no two rooms sound the same.” These are the exhibit rooms that — to our ears — had some of the best sounding systems at the show, period.

It’s no secret that Dave and myself are big fans of the black granite speakers designed and built by Valerio Cora, head honcho of Acora Acoustics. After Dave’s review of the SRC-2 last year, he decided to purchase the review pair for use in his mastering rig, mastering is his “day job”. No two rooms sound the same, but at CAF Dave heard everything that made him fall in love with the SRC-2. (story linked above)

The whole vibe in this room was the story. For me it wasn’t about digging into the details of the system or synergy, it was about sitting down to enjoy some music with my analytical neural networks in full retreat. There could have been a world debut system in front of me and I couldn’t have cared less. Deja Vu Audio definitely knows how to create an atmosphere worthy of your finest records and private stash. (story linked above)

20/20 Evolution Systems of Potomac, Maryland was showing one of the most impressive sounding systems at Capital Audio Fest 2021. Instantly I was drawn to the Kharma Exquisite Midi floorstanding loudspeakers. I haven’t heard Conrad-Johnson like this in a long time, or possibly ever. (story linked above)

Dr. Vinyl of Baltimore, Maryland was the ringmaster of our two ring audio circus at Capital Audio Fest 2021. From Audio Skies distribution, Michael Vamos was on hand to guide us through two fantastic sources uses in this exhibit system: the Pear Audio Blue Odar turntable, and the Ideon Ayazi MkII DAC. (story linked above) 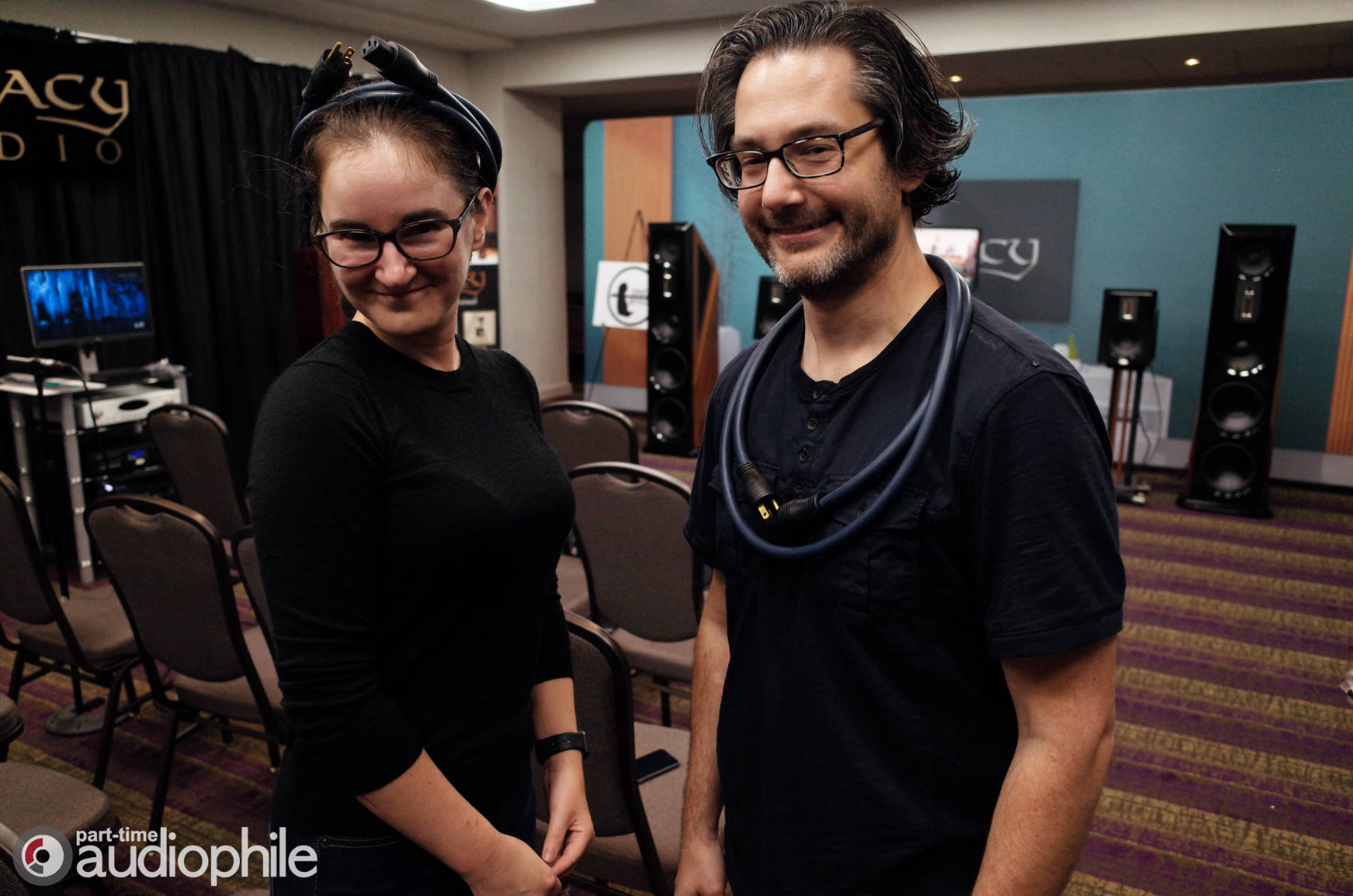 If there can only be one — let it be these three rooms from Aaron and Jessica Sherrick of Now Listen Here, a dealer showroom serving Harrisburg and Lancaster, Pennsylvania — with support from Jeff Joseph of Joseph Audio, and John McGurk of Audioshield Distribution.

Yes, one could make the case for the Smithsonian quality exhibits put forth year after year by The Audio Company, VAC and Von Schweikert. I’d agree it’s been their decade, and they are a dominate and powerful force to be reckoned with at any audio show in the world. But what’s uniquely special about the Now Listen Here exhibit is that Aaron and Jessica Sherrick — the driving force behind these three exhibit rooms — are only in their second year of audio show exhibiting since joining forces with Tenacious Sound in their rookie year. Their initial showing at CAF 2019 was a well done effort, but here in 2021 they’ve shown tremendous growth and displayed several improvements in their exhibiting style. The Now Listen Here stock is rising, and we’re here to recognize that.

EMM Labs distributor, John McGurk of Audioshield Distribution, was on site with the Now Listen Here team throughout the long CAF weekend. John was on hand to aid with the installation of the large system, but also to offer his vast experience and technical knowledge of the EMM Labs brand to both show attendees and industry press members. (story linked above)

The story begins with the Fyne Audio F1-10 loudspeakers, which represent the flagship offering of point source design that comes from decades experience on the matter. There are systems, and there are serious systems. This was one of the latter, and that designation arrived once I saw the Chord Electronics used throughout. (story linked above)

The Joseph Audio Pulsar2 Graphene loudspeakers, the latest iteration of an already modern iconic in loudspeaker. Handling pretty much everything else in the system was the yet to be iconic Bel Canto e1X integrated amplifier, with built in DAC, streamer, and phono stage. (story linked above)

Want to become a contributor? – https://parttimeaudiophile.com/contact-us/

In an all-German room, some of the bigger names were showing off their teeth. Audio Physic’s big 3+1/2 way Cardeas plus speaker was driven by a complete set of Burmester electronics including the 088 pre […]

On walking into Lucy’s Meat Market Studio (website) for the first time, you could be forgiven for underestimating the studio—in fact the space seems almost designed to have that effect. Keyboards line the walls, Celestes, […]

Andover Audio launches Spinbase, along with Model One Turntable | CAF 2019

WASHINGTON DC (PTA) — Andover Audio was showing their Model One turntable, which is a modern take on the classic small console turntables of the 20th century. Also showing, the new Spinbase which just launched on […]