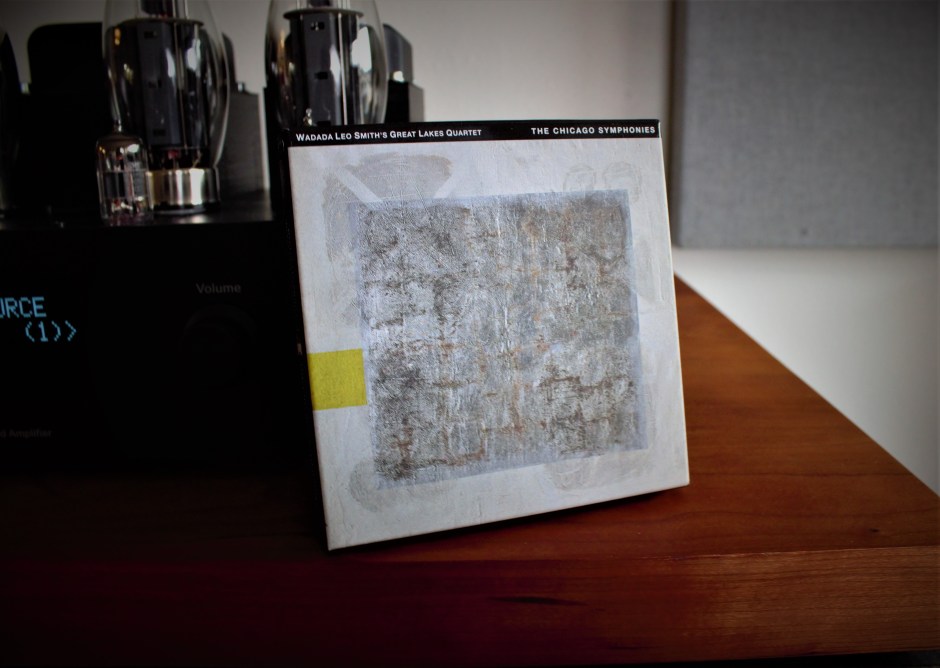 These have been prolific times for legendary composer and trumpet player Wadada Leo Smith. Over the last year or so I’ve received so many new recordings from Smith, and we’re not talking single albums. We’re talking box set after box set of new material, heavy on individual improvisation yet strangely congealed into a spare yet spacious sound.

The Chicago Symphonies sounds like a straightforward concept. We have four separate “symphonies” performed by Wadada Leo Smith and his Great Lakes Quartet–drummer Jack DeJohnette and bassist John Lindberg, with saxophone/flute player Henry Threadgill playing on the first three discs and saxophone player Jonathon Haffner playing on the fourth and final symphony. Each of these symphonies–Gold Symphony, Diamond Symphony, Pearl Symphony and Sapphire Symphony (The Presidents and Their Vision for America–has a different tone and feel from the others, and yet there’s a strong vein running throughout, a vein that encompasses an unusually large canvas, one designed to capture the feeling of jazz lovingly assembled in the Midwest.

Wadada Leo Smith was inspired by Don Cherry’s 1966 album Symphony for Improvisers, adding that “I have broadened this idea to include the social, political and psychological dynamic into the creative space.” That’s the key to understanding these four symphonies, the idea that just a few musicians are filling the air with singular voices that stretch and fill up all the gaps in space between the performers and the audience. At first this does sound spare and empty, but each musician has something deep to say during his turn, with the other members of the quartet acting as a makeshift Greek chorus. 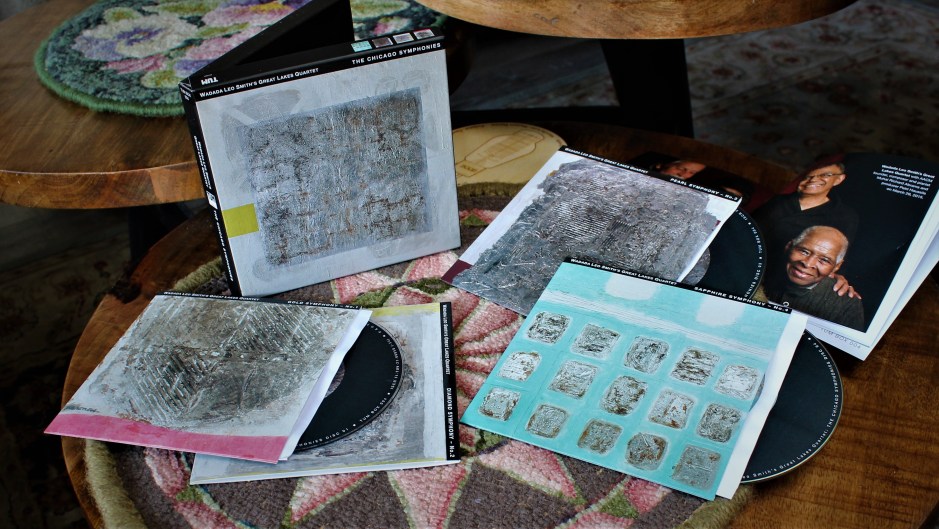 The sound quality on these four discs is as big and clear as can be, which in turn is fortified by the unusual sounds each musician can extract during improvisations. DeJohnette, in particular, seems energized by the freedom to explore his armory of percussion, creating sounds that no one else has produced in recent memory. But Wadada Leo Smith is always out front, leading his ensemble by an equally spare and often muted horn that seems to pay tribute to Miles Davis in varying degrees.

The four performers become bright points of light on the virtual stage, captured honestly and attentively, with a sound quality that reminds me of some of the finest 2L Recordings in terms of space, decay and bloom. Wadada Leo Smith has given audiophiles a new reference, and jazz aficionados a new direction. Smith has been on a roll for the last few years, and The Chicago Symphonies makes this explosion of creativity a summarized living document.

This new LP from Rasmus Kjaer, Turist, has prompted this singular response from me: at least someone has finally figured out that I love electronica, but I never have much of a chance to review […]

What’s wrong with hitting the ground running? I bring this up because I’ve been spending the last couple of months with the Acora Acoustics SRB monitors (website), the little two-ways with the granite enclosures, and […]