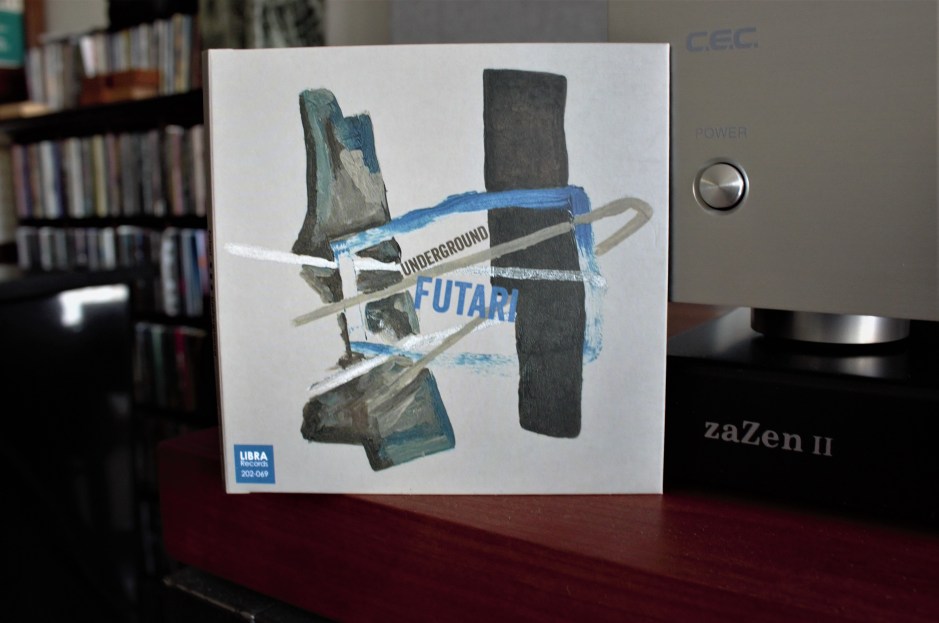 For a while, I didn’t think I’d post another review of a Satoko Fujii release from Libra Records. It’s not because this Japanese avant-garde pianist isn’t my cup of tea–she is. It isn’t because the sound quality isn’t there–these recordings and improvisations are astonishing in that respect. It’s just that she releases so much material, month after month, that I’d have to start a special column just to cover her and all of her collaborations with other musicians under different names. (The search engine optimization for that, of course, would be challenging.) Futari Underground, however, changes my mind about the moratorium.

I blame it on the Los Angeles/Orange County Audiophile Society and David Robinson, publisher of Positive Feedback, who asked me to join the LAOCAS Audiophile Recording of the Year Award committee. Just this week I was asked for my nominations for the first quarter of 2022, and I wasn’t ready. I’ve heard plenty of music so far this year that I liked, but nothing I’d consider as a new reference for audiophiles. Then I remembered Fujii’s last two releases, Futari Underground and Mosaic from This Is It!, which is a trio with trumpet and percussion.

Futari Underground, I remembered on first listen, sounded completely extraordinary. I gave it another couple of listens before I nominated it for the LAOCASARYA. If you know Satoro Fujii, you know she’s a pianist who goes one step beyond the traditional prepared piano–she often plays with one hand on the keys and the other hand digging around the soundboard and looking for unusual yet complementary sounds. On Underground, she pairs with marimba and vibraphone player Taiko Saito to create waves and waves of strange improvisations. (I reviewed Futari’s Beyond just last year.)

What’s so striking about Futari Underground is the way these individual are presented, almost as a quartet:  marimba, vibraphone, Fujii’s left hand and Fujii’s right hand. To the less-than-adventurous, this might sound like noise, beautiful but still noise, shifting from singing bowl-like exercises in decay to an occasional passage that approaches a conventional melody, at least from a distance. And yet this album is intoxicating in the same way as that singing bowl, calming you and hypnotizing you and perhaps eventually revealing its true music to you.

This is such an intimate sound, so real and convincing, and yet it is just a redbook CD. And that’s why I can’t stop talking about Satoko Fujii and her many projects.

When I reviewed the Totaldac d100 loudspeakers last year, I felt they were a bit of an enigma–albeit a great-sounding one. Cutting-edge products from this French company are rarely spotted in the US–there’s no distributor/importer, […]

I wasn’t quite sure at first about guitarist Todd Mosby (website) and his new album, Aerial Views. It starts off very mellow, almost an equal blend of soft Pat Metheny and the better-than-average Windham Hill […]