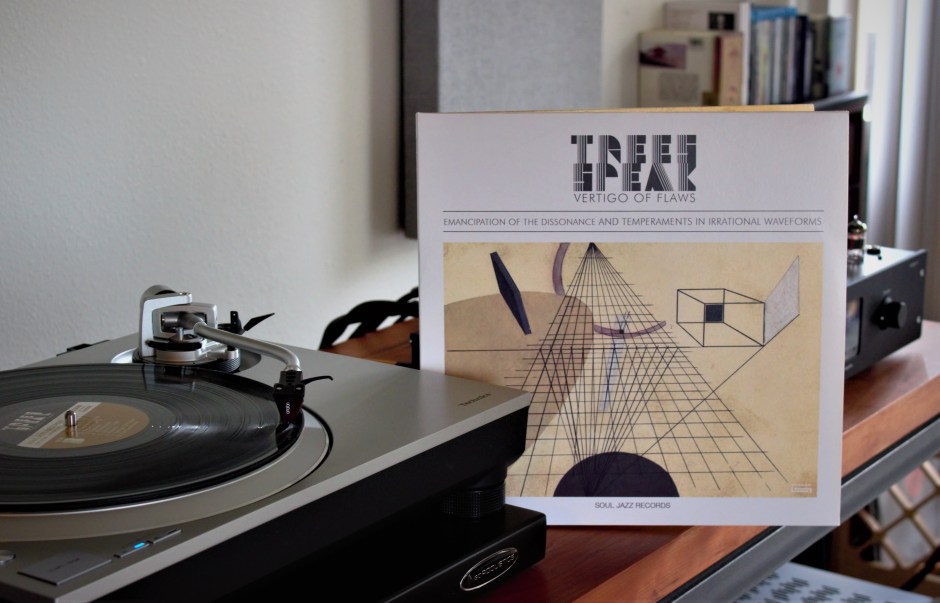 Hallelujah, I have a turntable in the house once more. It’s been months, waiting on my new Technics SL-1210G to arrive, but in the meantime I get to play with the Premium Class entry-level Technics SL-1500C, and the very first LP I had to play was Vertigo of Flaws from one of my favorite ’70s prog rock/modern electronica band, Trees Speak.

The review LPs are piling up, and I haven’t had anything to play them on since I reviewed the live James Taylor and Carole King album on the Brinkmann Taurus rig. That’s certainly a long way from the Technics SL-1500C, which comes with an Ortofon 2M Red cartridge and a built-in phono stage for $1199. It might be the perfect analog rig for Vertigo of Flaws, however, since those ’70s vibes are thick–and not in a bad way.

I’ve reviewed the last few Trees Speak albums on LP, right here, and it sort of made sense for me to wait and not succumb to the temptation of streaming Vertigo of Flaws. That reminds me of an old audiophile buddy who took pride in the fact that he had never heard a Dylan song on anything other than a turntable. Trees Speak is so unique because they seamlessly combine two words, that of modern electronica and an instrumental version of Pink Floyd if they had stayed in the vanguard up to the present. They’re better on vinyl. 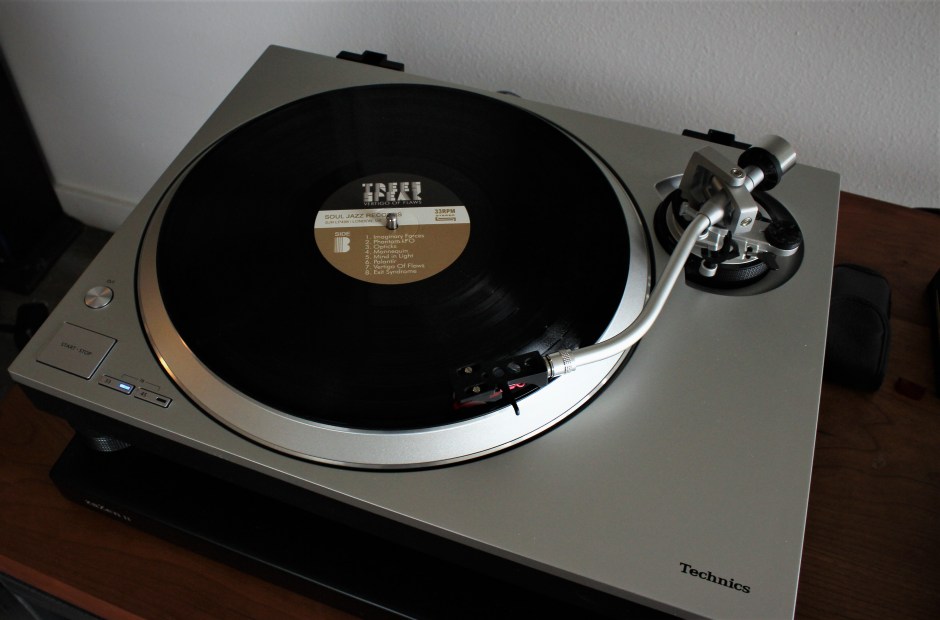 While a slight but funky patina of low-fi remains on the electronica side of the music, this is also a live rock band, one that plays real instruments–even drums–amid the beeps and growls. These guys sound crisp, present, full of energy and imagination. Best of all, Vertigo of Flaws is a double LP–with an additional 7″ single with more songs.

Trees Speak has evolved over the last few years, but they’ve never stopped being who they are, a band that can lay down song after fascinating song, each instrumental sounding completely different and equally cool. Vertigo of Flaws has no filter, no semi-okay songs, thanks to the focus and ambition of this amazing group of musicians. Totally worth the wait.

The 2022 Best Value of the Year Award from Part-Time Audiophile slowly evolved into a different sort of honor this year, thanks to many impassioned late-night discussions in the PTA War Room. Our biggest discovery […]

In 1965, John Coltrane was on a global tour to promote his then new recording, A Love Supreme. This tour would yield other Impulse! releases including Om, Selflessness, and a bootleg, Live in Antibes. Near […]

Wow, it’s amazing. The review pile is actually getting pretty low. The only problem I’m having is with those CDs and LPs that might have gotten buried under something else, or misplaced during the cross-country […]