For longer than I now care to probe with the damaged mental machinery left rattling around in my bean can, the very idea of an audio show has been whittled down to nothing more than a wistful thought. A passing dream. A flight of fancy that clearly belonged to someone else. Audio show? Who does that? No one does that anymore! Wait. Did we ever really do that? No, clearly not.

It’s been over two years since I’ve cheerfully (and thoughtlessly) plunged into a series of dark, confined, airless hotel rooms, crowding shoulder-to-shoulder with other would-be pilgrims, all of us in search of the Jabberwock of Great Sound. Two years may not be a lot, in absolute terms, but given the two specific years in question, it was more than enough to program me to shun “confined and crowded” with a reaction quite a bit past loathing, to reflexively attempt to locate it somewhere in the same zip code with “nameless horrors of the outer darkness”. Invitations to a conference, an audio show, or a sporting event, now have the unmistakable feeling of being invited to be an extra in a live-action documentary version of the 1995 movie Outbreak. Those aren’t “attendees” sitting next to me, they’re vectors!

Everywhere I go, every time I step inside, the calculator starts going. I am not an epidemiologist, nor do I play one on TV, but like far too many of us, this time required that I become astonishingly conversant with the impact of air volume, air turnover, filtration quality, human behavior, duration of stay, number of actors, and community spread — and how all of that applies to a sensible derivation of “risk tolerance” for differing age groups, all with differing co-morbidities. That’s just life in the big city. And by “big city”, I mean living life in the last two years. And holy shit. Why do I know this stuff? How did it get to the place that any of us do?

One of the (many) things I’ve learned? How to read a chart. Any fool can see that the virus is neither done with us nor have Americans ceased to expire in its spiky-protein-covered hands. Instead, our politicians seem engaged in a footrace toward the loaded pistol, falling over themselves to discover who gets to collect the biggest losses by playing Russian Roulette with the various mandates. There is no mystery there, of course; the rush from pandemic to endemic clearly and transparently has more to do with election cycles than it does math, science, or reason. And so many of us have been right there, egging each other over the cliff.

What strikes me, at this point in the arc of national unwellness that chewed the nose off of the mask of Christian Neighborliness we Americans publically aspire to confess to, is that we have to take seriously the idea that nearly half the American population is currently living with either lead poisoning or Ophiocordyceps. The question becoming deceptively more difficult to grasp is “which half?” For we have all gone mad.

Which brings me back to Chicago in April of 2022 and why I am here, writing, in the Renaissance Hotel.

I have a lot of friends who are convinced that High-End Audio, as a thing, is as relevant as a charcuterie board at an all-vegan county fair. They may have a point. Even putting aside the stunning body count of an ongoing plague, here in the United States we seem mesmerized by “debates” about whether we can say words like “gay” out loud, if trans people are actually people, whether skin color removes human rights, or if a treasonous shit gibbon con-artist thief is actually the Second Coming of Jesus Christ. We are obsessed by a war raging 5,000 miles away in Ukraine and pretend that this particular cavalcade of horror is NOT only one of a score of similar horrible events unfolding internationally today. Our national obsession with personal wealth ecstatically inserts into heated debates about bitch-slapping and testicle-tanning and generates only silence into the death of democracy, freedom, and truth. And all of that gets set, like precious twinkly little jewels, into the noose of global climate change. Seriously, folks, we can whine and whinge all we want about social justice, fascism, inequity, and racism, but if we don’t fix this one issue, none of that matters.

So, what does? What does matter?

I have no real answers, just some peculiar thoughts that intersect here.

The first has to do with Alfred North Whitehead, of all people. Almost a hundred years ago, Whitehead proposed an alternative way to view the world — to him, what mattered most was choice. Before the libertarians get the wrong idea, Whitehead’s “process philosophy” talks about how each moment connects to each successive moment by way of a choice. Those choices could be “good” or “bad”. Good choices led to “maximal experience” — wild diversity, total profusion, ultimate flourishing — the goal was life and change, a sort of everything, everywhere, all-at-once. Bad choices, on the other hand, led to “minimal experience” — boring, enervating, and homogenous. This was death, but Whitehead actually saw the “forces” that eliminated change, forced conformity, and limited growth as evil — in his words, “The Devil is Real and He is Homogenous.” Process philosophy doesn’t line up so well with human ethics — “suffering”, like “joy”, was something to be maximized (good) or minimized (bad) — but it may explain why we do dumb things even when we supposedly know better: We’re avoiding the Devil.

Another thought has to do with aliens. Or, rather, an alien viewpoint. Carl Sagan was one who advocated standing somewhere “out there” to take in the posturings and delusions of self-importance we humans tend to fall into. His “Pale Blue Dot” quote stands as one of the single greatest call-outs of all time. We are children, splashing about on vast shores, with imperfect knowledge and insufficient humility. The Great Dark Above requires us to ask, and then answer, “What really matters?”

I’ve never been one to ask the Universe to hand me “meaning”. That’s always been something I have known was my responsibility. We have several thousand years of religion and philosophy to lean on at this point, but it seems to me that the trick has always been to remember that we get to live. Life can be nasty, brutish, and short (and unless we do something substantive and quickly, that’s going to be more true in the near future than it was in the near past), but for the vast majority of us, life can be more. It is more, when we make community. It is more, when we make art. Doing both seems like a pretty solid thing to explore. Especially now, at what we can only hope is the tail of the last great plague.

And so, this is my (at least partial) answer to the “what matters” challenge. Because, now, when everything has been reduced and refined, the view is different. Everything feels frivolous. Everything seems fraught with meaning. Everything is anything only if we make it so. And here, what seems to me to be of inestimable value, both now and in the face of the ongoing train wreck that is our modern world, is art. Cheesy, sure, but there it is. Art is what got many of us through these last two years. Art got me through.

Now, I’ve never heard a valid or even useful definition for that word, ‘art’. Frankly, defining ‘art’ is like defining ‘democracy’ or ‘truth’ — there’s less to be gained in the result than there is in the struggle to get to the result. The process is the point … which, when you pause and reflect for a moment, is also kind of the point for a lot of things.

For me, high-end audio is me celebrating art and artists. Of course, I’m a curator, not a creator, so this is also something of a cheerleading exercise. I like to think that there is Great Sound somewhere out there, lurking, but like Bigfoot, Mothman, or mole people, this is not what brings me to the party. When it comes to it, I’m here for the clever and hopeful people, the people who really and truly believe that our world can be made a better, prettier place, with the careful application of wire, glass, and vinyl. They’re weird, these people, and I believe they’re worth celebrating.

And that brings me back around to AXPONA. To today. To choices, creating a sense of meaning, and the promise of art. Like I said, peculiar thoughts for peculiar times. Here’s the last thought: the world has turned. The numbers right now are different … And while it’s entirely unclear how long the current minima will hold, the science is done (or done enough), and the relevant steps are available. Hopefully, more of us will take them. In the meantime, I’ll also carry a fist full of masks with me, and yes, I’ll be wearing while I go spelunking into the audio hobbit holes of the Renaissance Convention Center. Knowing what I know, I can only recommend you do the same, though I know many will instead prefer to pretend to the invincibility of the young and the careless. I’ll be forgiven, I hope, for thinking less of them.

Yes, I’m here at AXPONA. Because, if I’m getting out there at all, this is obviously the time to do it. So, here I am, with my healthy dose of fear, uncertainty, and doubt. And no little bit of joy. It will be so good to see folks, nerves and all.

Our team will be here to see old friends, make new ones, and cover the recently somnambulant world of the audio fetishist. What wonders have been wrought, while the world slept? What delights will be brought to light, now that the world has chosen to clunk toward a “new normal”? We’ll see.

This year, the Year We Pretended the Pandemic Was Over, will be something of a mile-marker in “the industry”. We’ll see, firsthand, what resilience, persistence, and sheer orneriness can create, preserve, and grow. I have hopes. I am sure you do too.

Honestly, I’m not even sure what to expect to find. I know that Vinne Rossi will have new gear to show off. Musical Surroundings is, apparently, bringing all manner of cool stuff. Von Schweikert Audio has some semi-ginormous new speakers and is showing with a bazillion dollars worth of gear from VAC. Whatever Volti Audio, BorderPatrol, and Triode Wire Labs have said publically, they probably have something sneaky in store. I’ll be looking for team-favorite speakers from Acora, Sonner, and QLN. Apparently, the AXPONA team has signed up over 150 rooms full of cool gear, along with seminars and concerts, so let’s say “expectations are high” and call it a day.

See you on the other side. 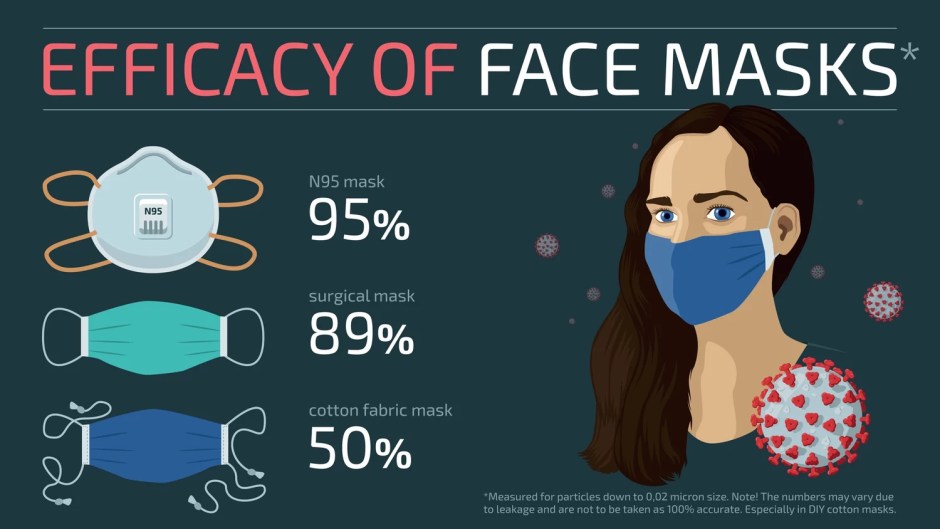 If you would like to hear even more coverage from AXPONA 2022, check out our recap report and highlights from our audiophile-oriented show The Occasional Podcast. You can stream the show direct from the embed below, or from your favorite podcast platform including iTunes, Android, Google, Deezer, Spotify, iHeartRadio and more.

AXPONA 2019 was a high-end audio show that had a little more meaning for me than usual, probably since the last show I did as an exhibitor was AXPONA 2016. I remember enjoying the 630 […]

Have you ever gotten the feeling that someone else has been having way more fun than you? Well, after spending 45 minutes with Jason Sirenus, Colin Flood, Ray Seda and Neil Gader, I managed to […]