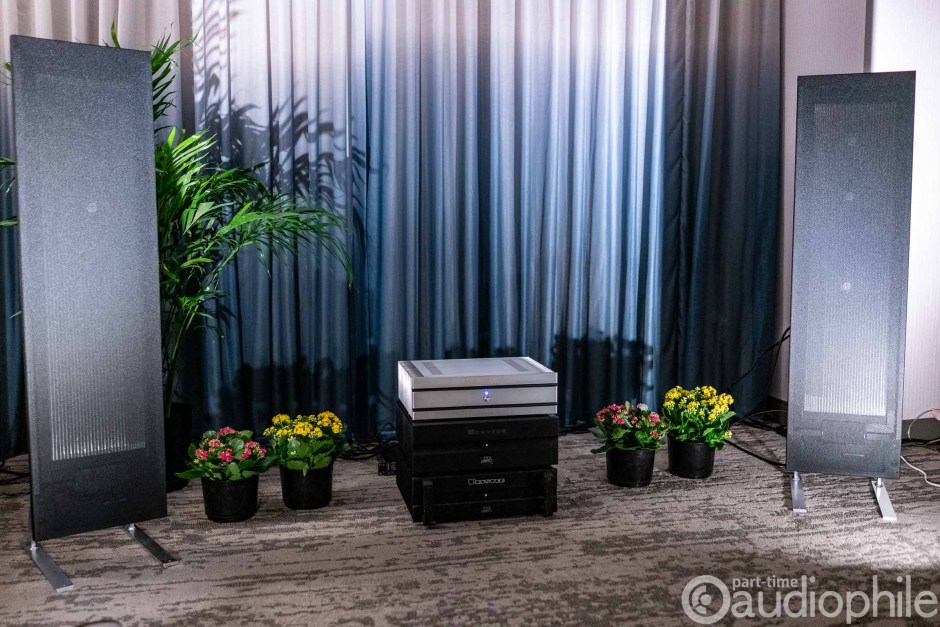 It was supposed to be a secret, but I met a guy at this place and he told me the thing. Appointments were required, but then, I’m awesome, so to hell with that. I showed up. Bluffed my way past the bouncer. And got my ears on the debut of the Magnepan LRS Plus (LRS+). These new panels will retail for $995/pair and will be an in-line replacement and upgrade of the outgoing LRS.

What’s different? Resident Maggie Wizard Wendell was mum. Well, aside from the “optional” stands — those are new, and will add $300/pair to the sticker. And yes, they are both sexy and functional — my recommendation is a clear “get them”.

Folks talk about how Maggies “need power”, or as the Internet Wise Men would have it, “need current”. As a former owner, I will offer that this is pretty much generically true of loudspeakers (with the obvious caveats and exceptions applying), but just as the insider would expect, this is mostly malarky. You can run Maggies — even these little fellas here at AXPONA — on a much more modest diet and be thrilled. My advice? Find an amp you like and have fun. Just note the sticker price here — no one is going to be claiming ultra-fi pinnacles of awesomeness. Literally, the whole point is “get in on the fun”.

That said, there is a rumor about a prototype amplifier some have called the Maggie 300. I’m gonna just shrug at this point — as there is no information other than the prototype, I don’t want you sitting around waiting for it.

What was fun about my time in the room was the introduction of a new bass augmentation system. Wendell called them ‘dynamic dipole subwoofers’, and for the record, they did add a lot of oomph and heft. Like the amp, there was no estimated price or shipping date, but they were wired up to Bryston 7B SST amplifiers. Each “tower” (because that’s what they’re shaped like, tidy towers with a triangular cross-section) adds 8 drivers to the SPLs. They are easily maneuverable, highly flexible in placement (they’ll be DSP’d), and here were clothed in stealthy black cloth stocking.

The sound in the room? What I expect from Maggie. Big sound. Clear. Inviting. Partly because of setup, and partly because they’re panels, the room was clearly not introducing much to trip up the total experience (sadly a problem in other rooms).

Here’s the bottom line — the so-called “entry-level” in high-end audio is hot — and these “baby Maggies” are absolutely a worthy onramp to a lifetime of great sound. Contact Magnepan for details about the rollout plan. 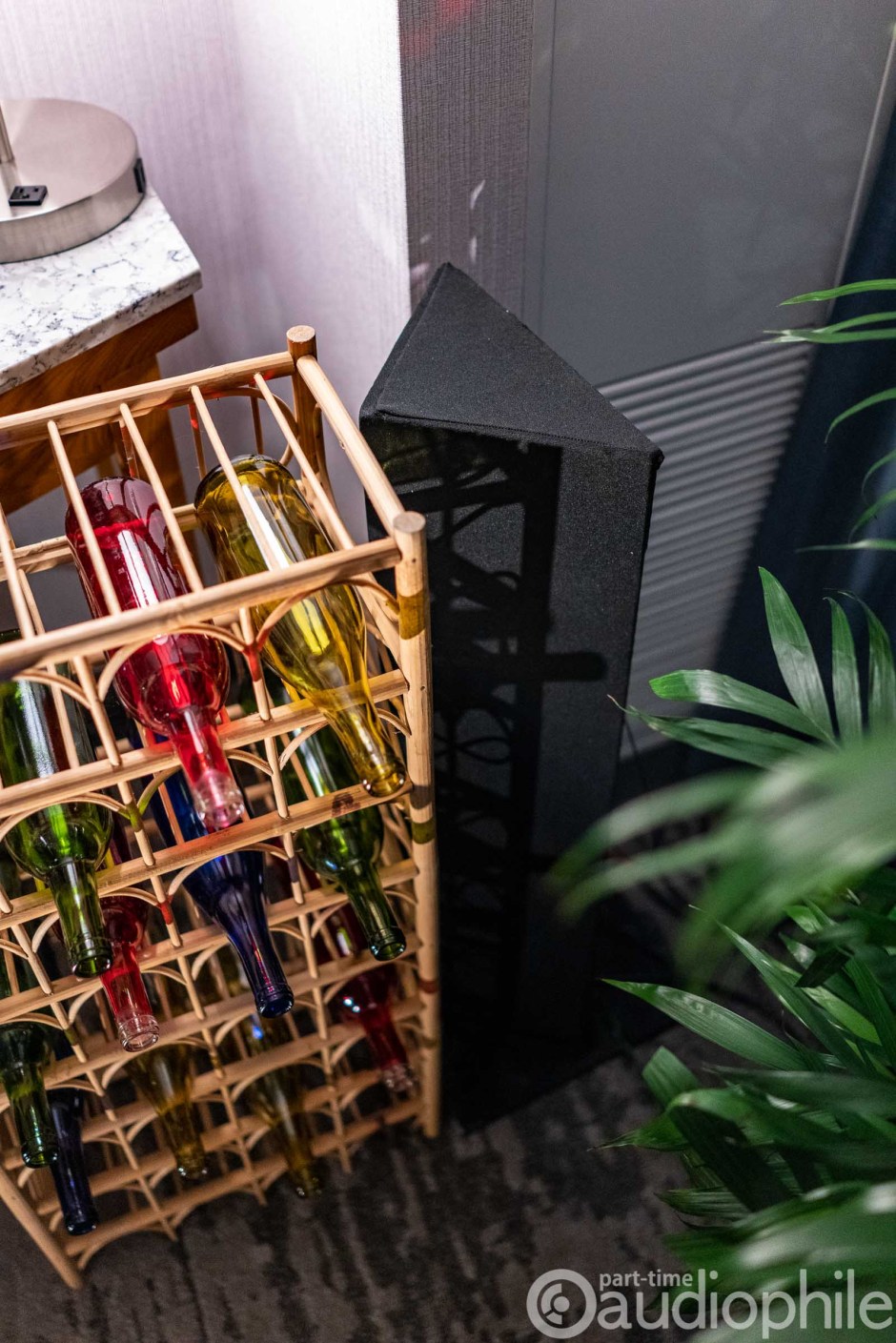 It was quiet. Too quiet. As I wandered the wide, empty halls of the Westin O’Hare Hotel just outside Chicago Thursday afternoon I couldn’t help that notice that the bulk of the exhibitor rooms were […]

Benchmark Media Systems has been pioneering the affordable DAC segment for almost a decade now, so it’s kinda fun to not only watch them evolve to meet demands from the high-end of their market, but also […]

by Joshua Emmons If you walk into a room at AXPONA, and it’s noticeably 3–4 degrees warmer than the hallway, you know it’s chock full of really tasty amplifiers. So it is with Woo Audio: […]