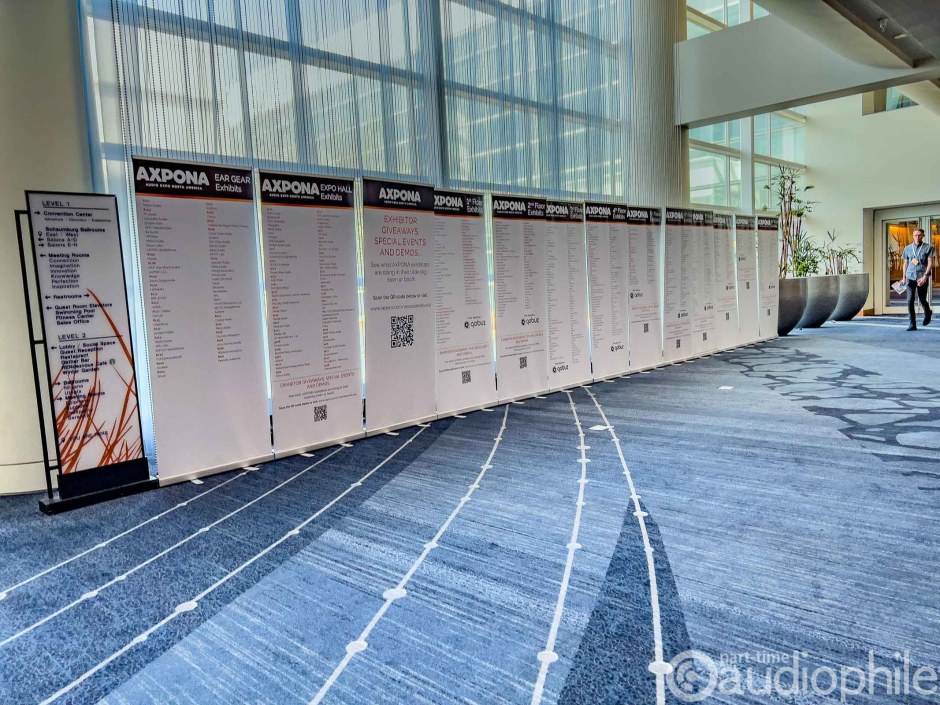 It’s been a while since I’ve had to assemble a “Best of Show” list at the end of a high-end audio show, and I was starting to have reservations about the process long before I sat down today to consider the best of AXPONA 2022. My biggest obstacle has always been one of apples and oranges, that I tend to think of systems as being either the absolute pinnacle of what I’ve heard in my lifetime, or something that appeals to me personally, i.e. something I’d choose for myself to put in my home.

When it comes to the Best of AXPONA 2022, I once again have to make this distinction. I heard two audio systems, one that pushed at the envelope of high-end audio performance, and the other that I wanted to steal from the room and stash in the trunk of my SUV before anyone noticed.

But before I talk about those two rooms, the absolute “Best of AXPONA 2022,” I have to state that many exhibit rooms sounded excellent at the show in Chicago. I’m not saying that as some sort of participation trophy, but as a general observation that I heard many, many systems that made me happy, perhaps more than any show in quite a while–even before the pandemic.

Here are the rooms that stick in my memory as the Best of AXPONA 2022: 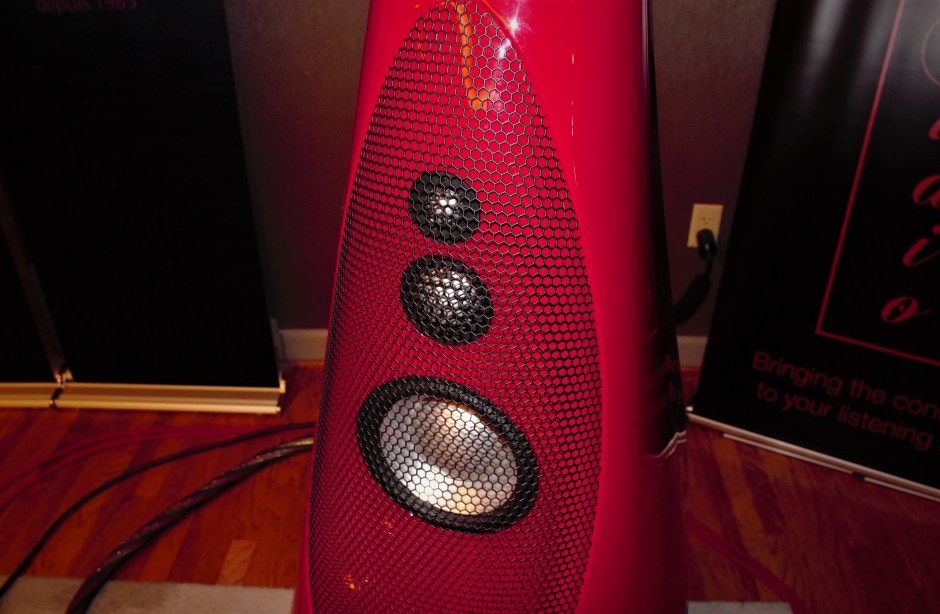 Audio Skies/Kyomi Audio–This was one of the first rooms I visited at AXPONA 2022, and it kept sounding better every time I visited. Brought to us by Audio Skies Distribution and Chicago high-end dealer Kyomi Audio, this system featured big Vivid Audio Giya speakers, a full digital stack from the Absolute line of Ideon Audio, Stealth Audio cables and, in the starring role, JMF Audio amplification from France. I keep thinking of two words–sweet and refined–and I slowly fell under the system’s spell, especially with classical music. 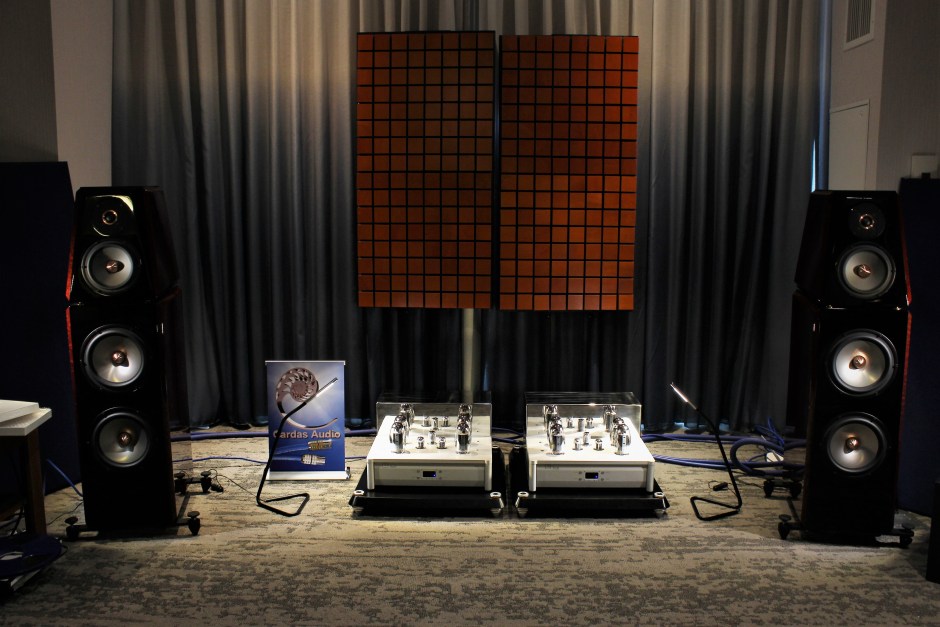 Joseph Audio, Doshi Audio, Cardas and J. Sikora—Every time I visit this room at a high-end audio show, it makes my Best Sound at Show list. That’s because Jeff Joseph and Nick Doshi have the same priorities I have when it comes to sound. Big, warm, detailed, surprisingly compact–despite the fact that Jeff brought his flagship Pearl3 Graphenes into a fairly small exhibit room and still made the system sound superb and balanced. 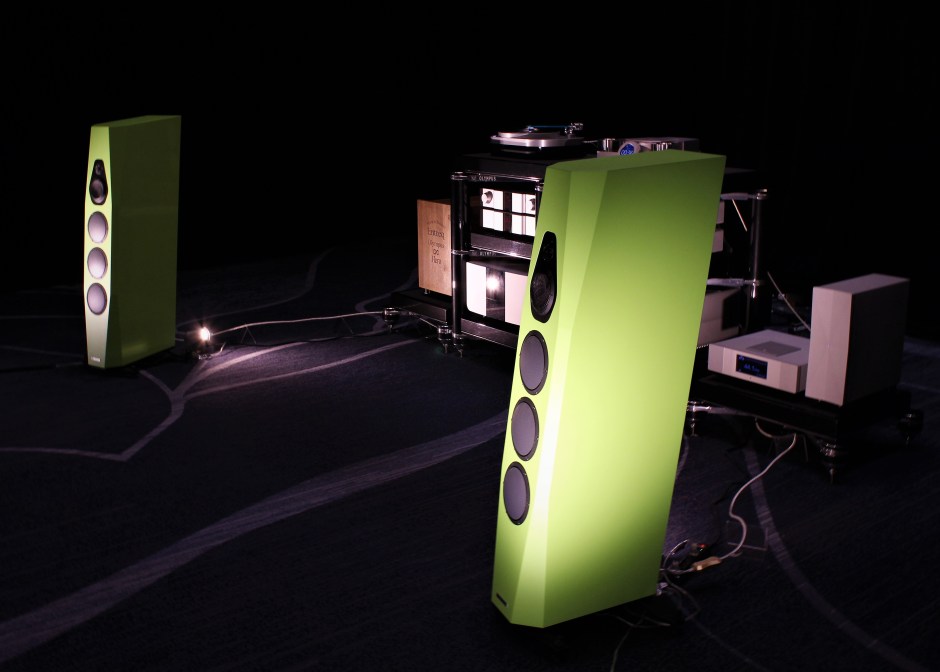 Wynn Audio/Vimberg/Karan–This room scores points simply because those green Vimberg Minos (from $42K/pair USD) looked so cool, so ghostly in that dark room. But as you know, there is much more to Vimberg speakers than mere looks–this room sounded spectacular. Don’t just listen to me–of all the rooms I visited at AXPONA 2022, this one featured some of the most enthusiastic responses from attendees I’d seen over the weekend. I was bowled over, too. 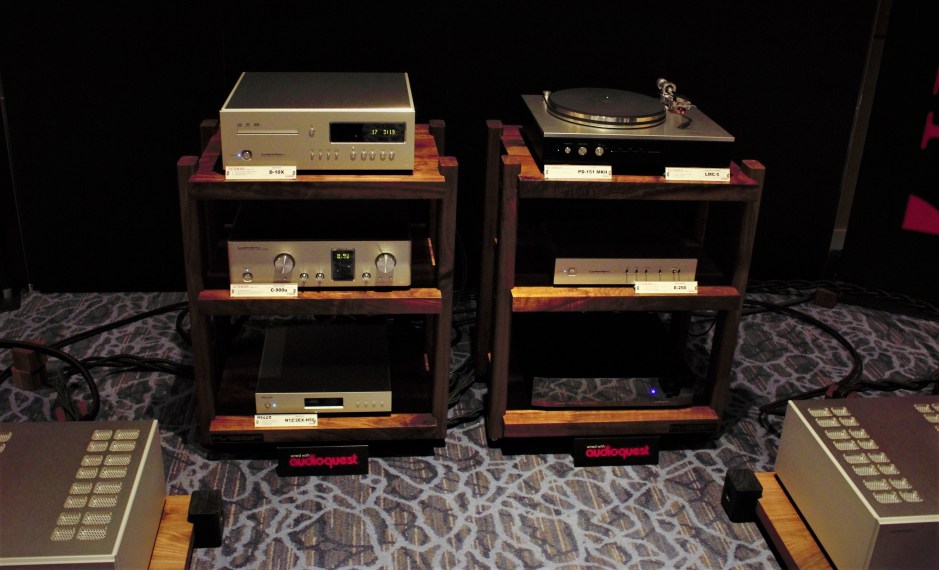 Luxman/Magico/AudioQuest—Man, I want to review me some Luxman. This room was one of the best of AXPONA 2022, snappy and detailed and so insightful that I immediately begged the exhibitors to put me on the review list. But Luxman is on such a roll, it’s hard to find units that aren’t sold immediately. Plus, this was the first time I’ve heard the big Magico M6 loudspeakers, connected with AudioQuest Mythical Creatures cables, and I was floored by the dynamics of this system. 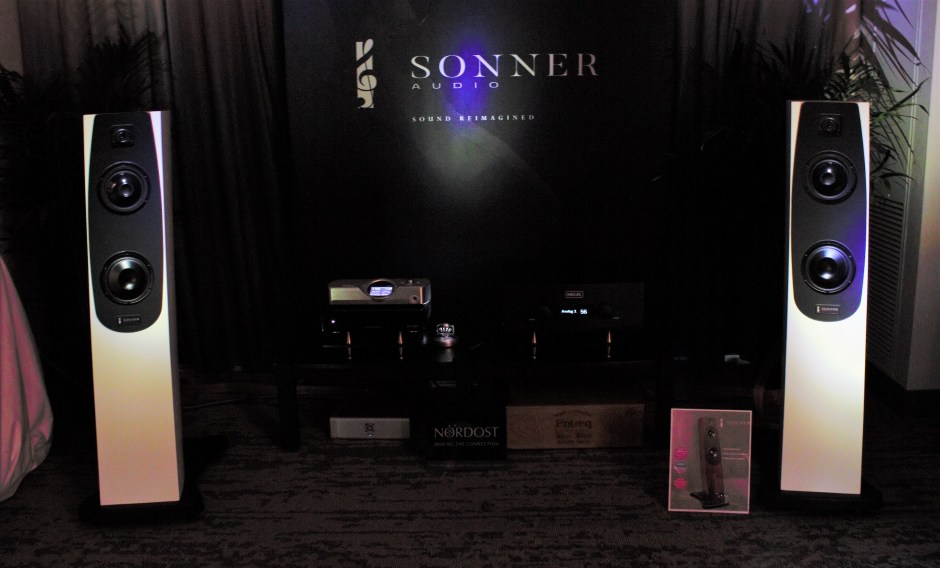 Sonner Audio—I’ve also been waiting to review a pair of Sonner Audio speakers for a couple of years, ever since I heard them at RMAF 2019. Gunny Surya does so much with small two-way monitors, and his Legato Duo 2.5-way floorstanders ($11K/pair USD) demonstrated that he can create a commanding sound with a larger design–albeit one with a small footprint. See? The best of AXPONA 2022 doesn’t necessarily have to cost the big bucks. 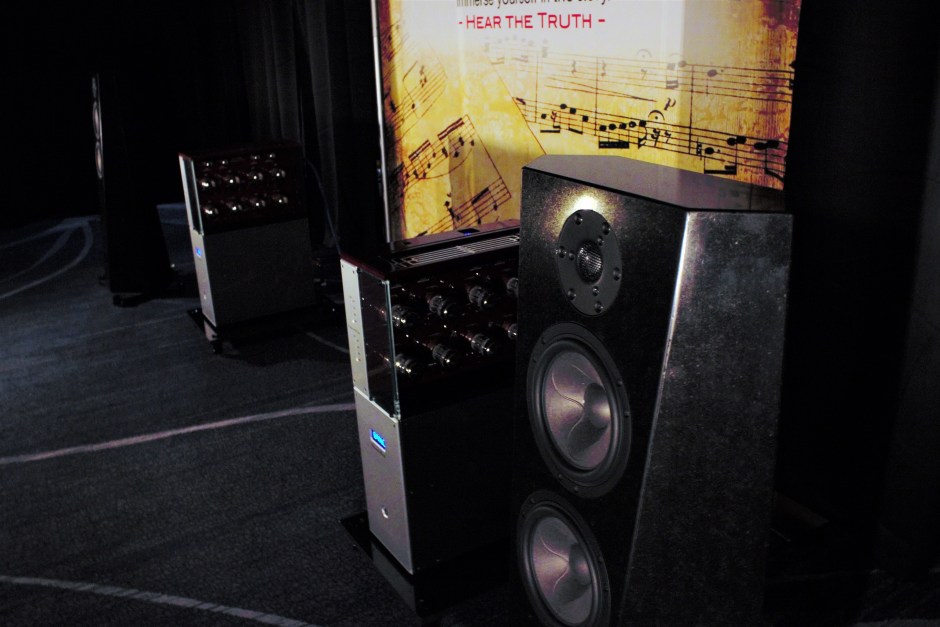 Acora Acoustics—We awarded the Acora Acoustics SRC-2 one of our very rare Summit Awards when Dave McNair reviewed them in 2020, and now Dave uses them as a reference for his mastering work. While I reviewed the SRB monitors and I still use the SRS-G stands to evaluate two-way monitors, I have never heard the SRC-2s ($37K/ pair USD) until now. This was a big room, and I felt that some of the conference rooms at the Renaissance Schaumburg struggled with a coherent sound in such a big space, the Acoras lost none of their punch, accuracy and musicality. 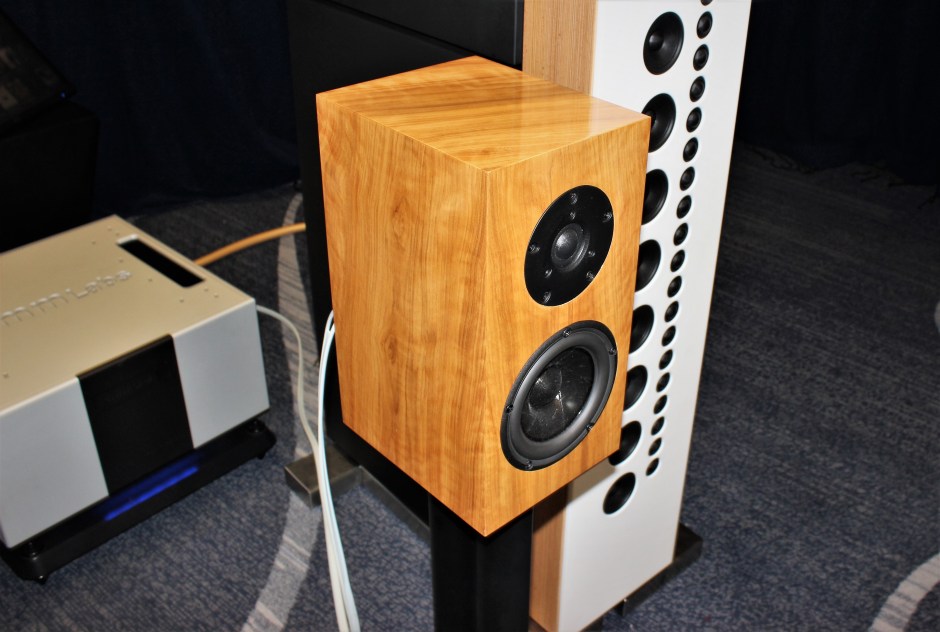 AudioShield/Credo—Speaking of huge rooms at the show, there was no bigger surprise at AXPONA 2022 than hearing the small bookshelf Credo EV 350 References ($7,000/pair) assert themselves in a seemingly impossible space. I heard incredible focus, imaging and even deep bass from the 350s, although I should mention that they were matched with a lot of expensive gear frpom Van den Hul, VPI and EMM Labs. Oh, and the huge array speakers from Credo speakers sounded pretty great as well! 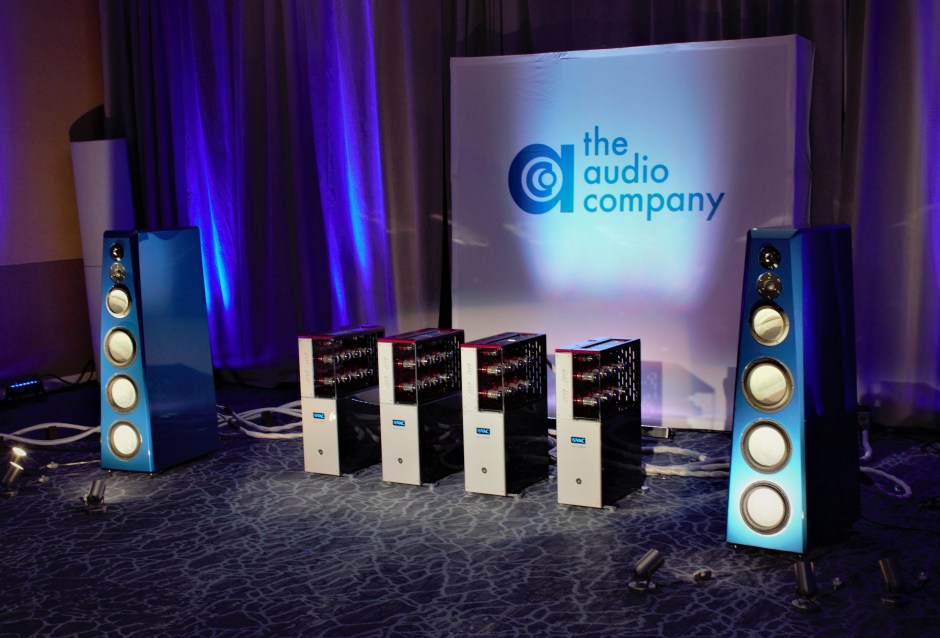 And, finally, here are the two rooms that I felt were the Best of AXPONA 2022:

Von Schweikert/VAC/The Sound Company—Again, this isn’t a surprise because the guys at VSA and The Audio Company are more committed to an outstanding exhibit room, and the daunting cost of such an enterprise, than just about anyone else in high-end audio. They do it because they get results. They get results because they are great at what they do–even when their usual million dollar-plus system is fronted by a slightly smaller loudspeaker than usual (in this case, it was the new $180K/pair USD Ultra 7s that will soon make a journey to Dave McNair’s listening room). This was the best of AXPONA 2022. Again. 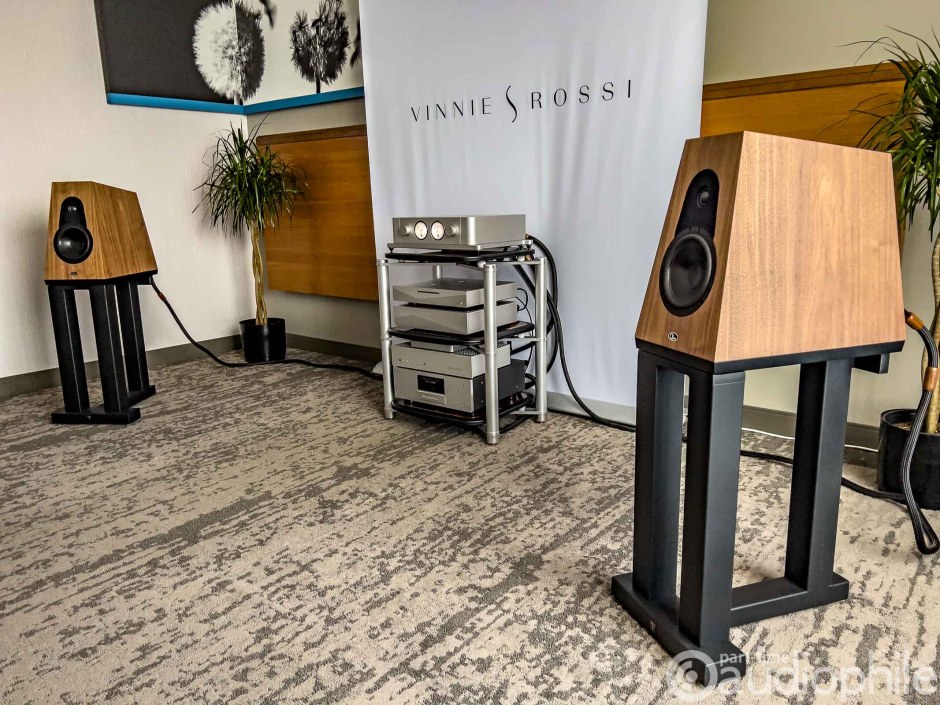 Well Pleased Audio Vida/Vinnie Rossi/Qln–-This room shares the Best of AXPONA 2022 prize with VSA because this system is so close to my heart, as well as my audio sensibilities. Simply stated, the Vinnie Rossi Brama integrated amplifier ($38K) and the Qln Signature monitors ($18K/pair USD) are so far my favorite two-way bookshelf/integrated amplifier combo I’ve heard. This system just gave me everything I wanted, in a size that will absolutely fit into the back of my SUV. I’ve been promised the pair for a review, and I shall count the days until it arrives.

That’s it for the Best of AXPONA 2022. It was a truly great (aka normal) show, and most of us in the industry finally feel like high-end audio is back on track. See you next year, Chicago! 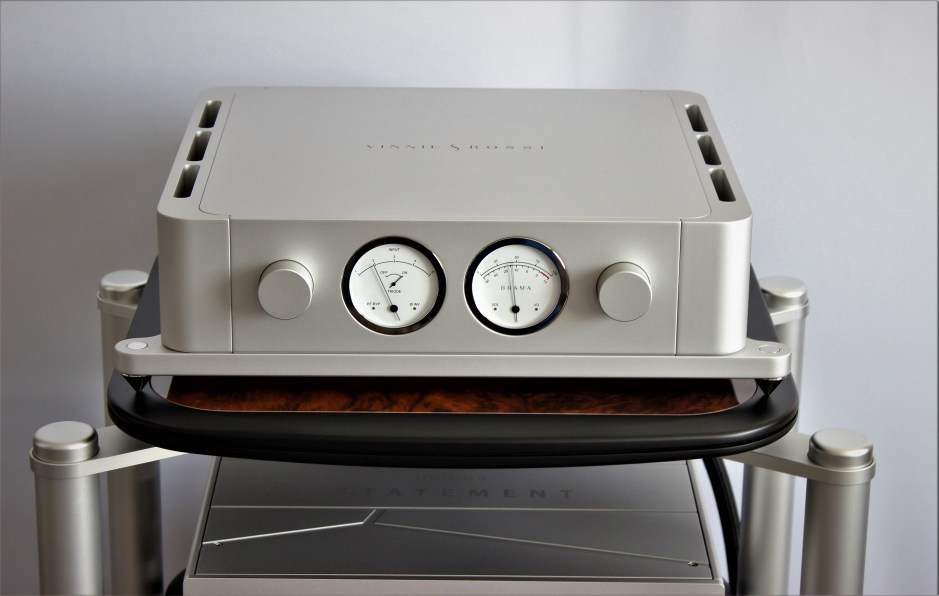 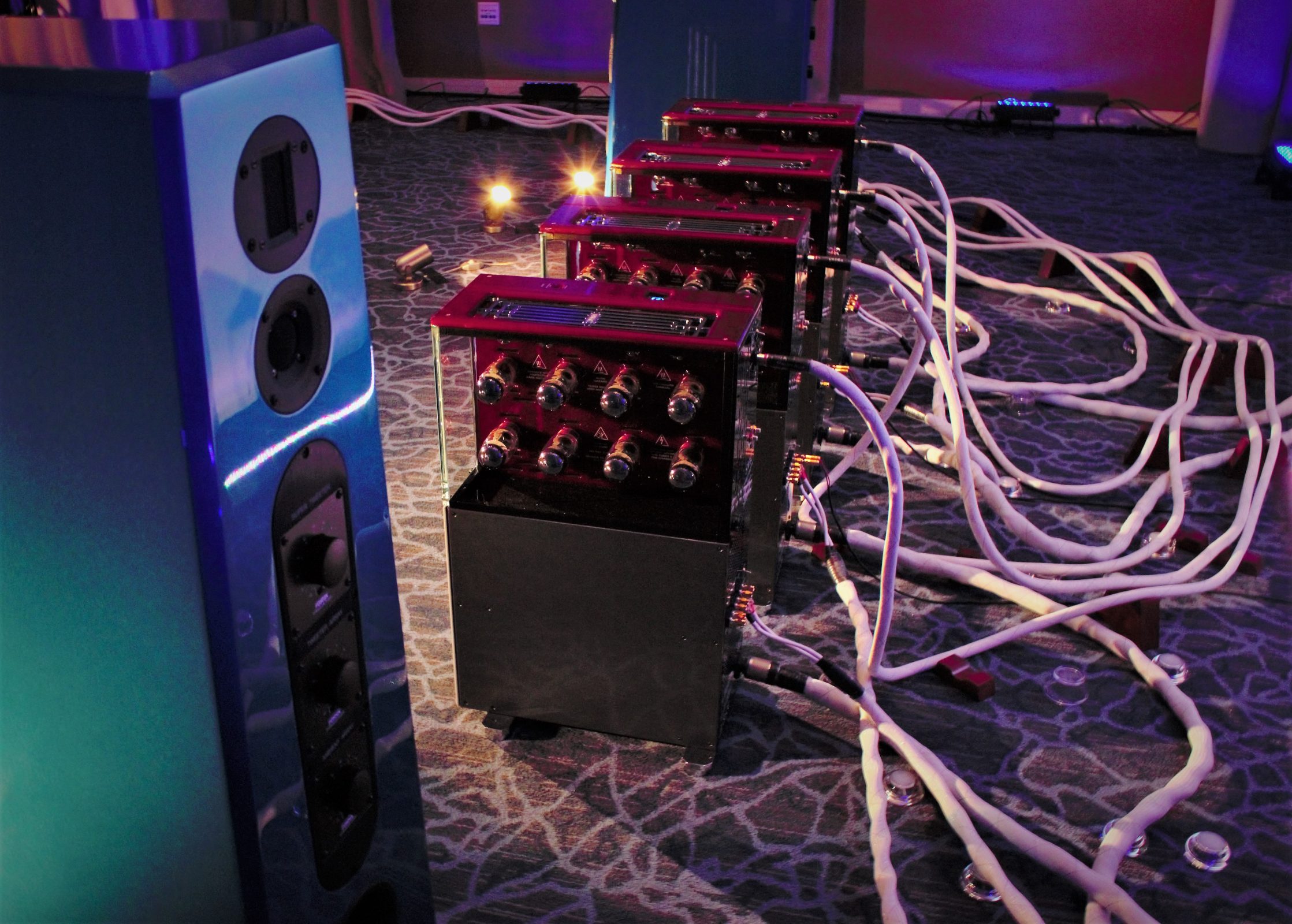 Last Fall, Ayre showed off their new AX-5 integrated amp in a room that, quite frankly, took my breath away. That gear showed up here, at CES, with a slight change — the new VX-5 […]

LinnenberG shows us that Ruhr valley sound, QLN gets our name right, Aqua Acoustic Quality goes all optological on us, Innuos gives us our moment of Zen, GigaWatt whips the power into shape, SGR HiFi […]

I’ve played around with tube buffers once or twice–these normally simple devices add a valve stage to your playback chain so that you can enjoy a more “tubey” sound. In most cases these are simple […]