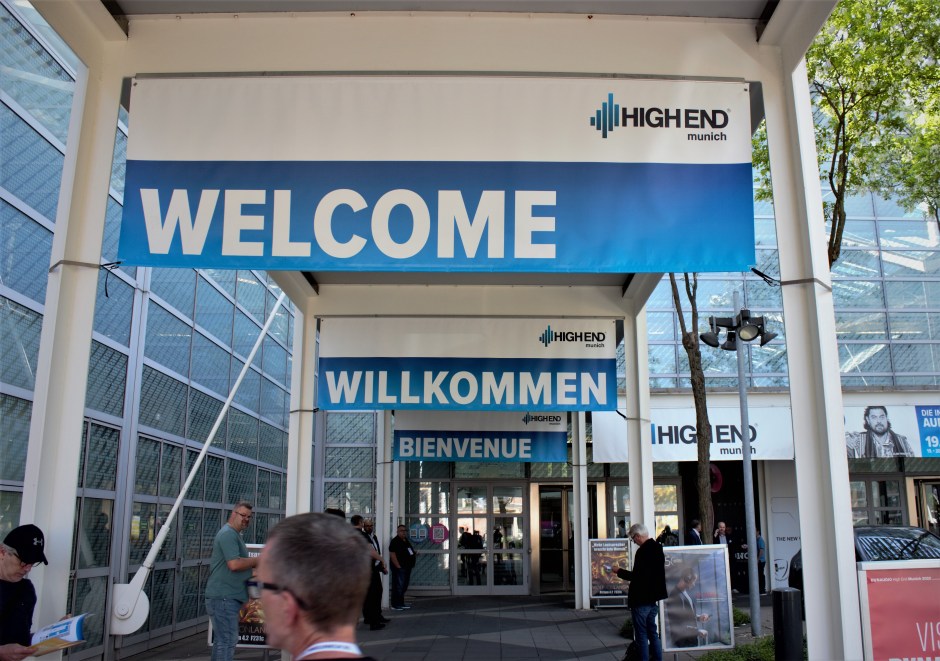 As I write this, High End 2022 in Munich has just ended. I originally intended to start coverage today, but there’s a small problem. I have to get home first.

From a high-end audio show standpoint, this was probably the toughest I’ve experienced. I had to travel from Portland to Seattle to Charlotte to Munich and now I have to go the same way back. Back in 2019, when I went to Munich–and Europe–for the first time, I promised myself that I would take extra time to enjoy the trip. You know, sightseeing, traveling, perhaps jumping on a train and maybe poking my head into a different country just to say I did. But High End 2022 was pretty much the same as High End 2019, with a few more challenges.

First of all, Covid. Can you believe that when I posted my High End 2022 preview a few days ago, a reader complained that he didn’t want to hear about Covid at all, and that I should stick to hi-fi? But Covid played a big role in High End 2022. First, I have to be tested 24 hours before I return to the US. My return flight is on Monday, and most of the testing centers are closed Sundays. Hmmmm.

Secondly, I was asked to attend High End 2022 to cover the introduction of the TIDAL Audio Bugatti collection. Unfortunately, most of the TIDAL factory came down with Covid the week before the show, so High End 2022 would not allow this premiere speaker manufacturer to exhibit. During my coverage of the show, I’ll go into more depth about the continuing effects of Covid on the high-end audio industry.

Finally, I made this trip even more complicated with new eyeglasses, a new iPhone–which didn’t take photos as I expected–and my continuing issues with being able to sleep on a plane. (I used to be so good at that.) But that’s enough pretext. Let me provide a taste of the show, and lay out the coverage over the next week or so. 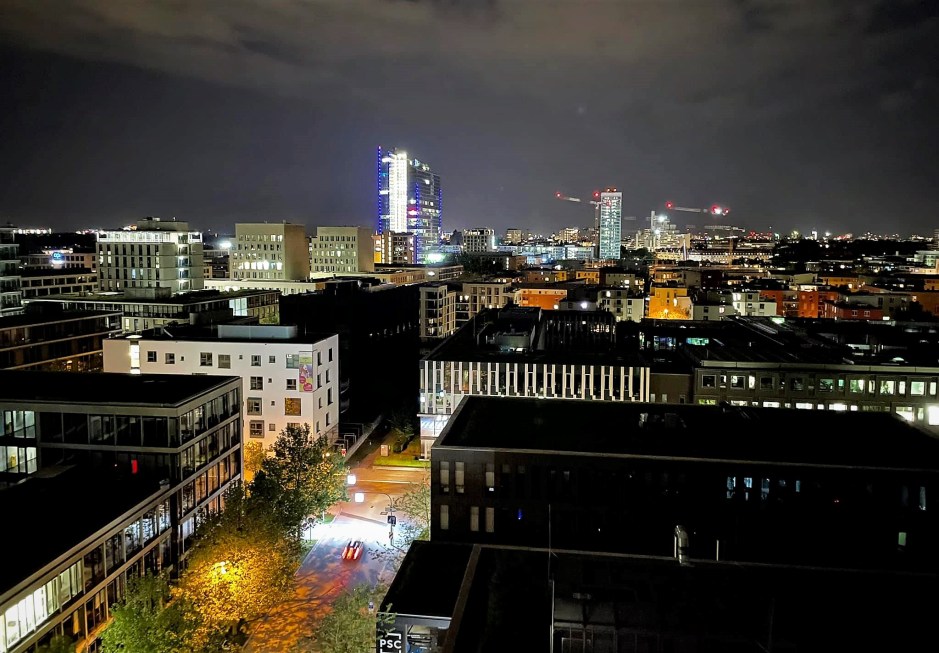 First of all, my view of Munich from my hotel room was entertaining. I witnessed plenty, which set the mood for High End 2022. 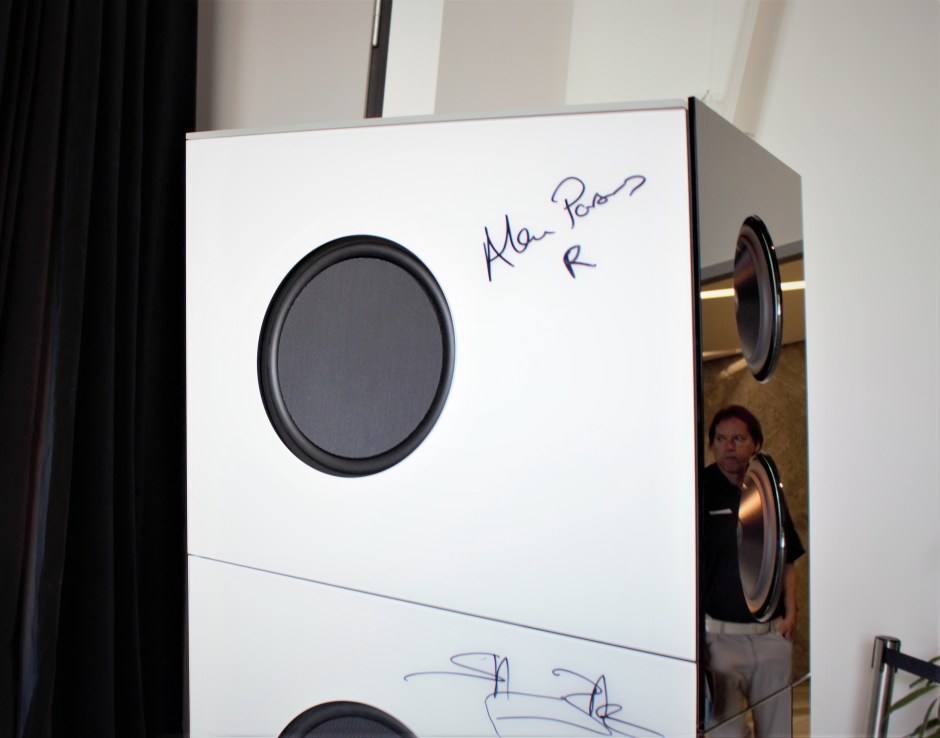 The theme of High End 2022 was Alan Parsons, who was the keynote speaker. I never saw this legendary producer in the flesh at the show, but his presence was everywhere–like on this pair of Audio Physic speakers he signed. 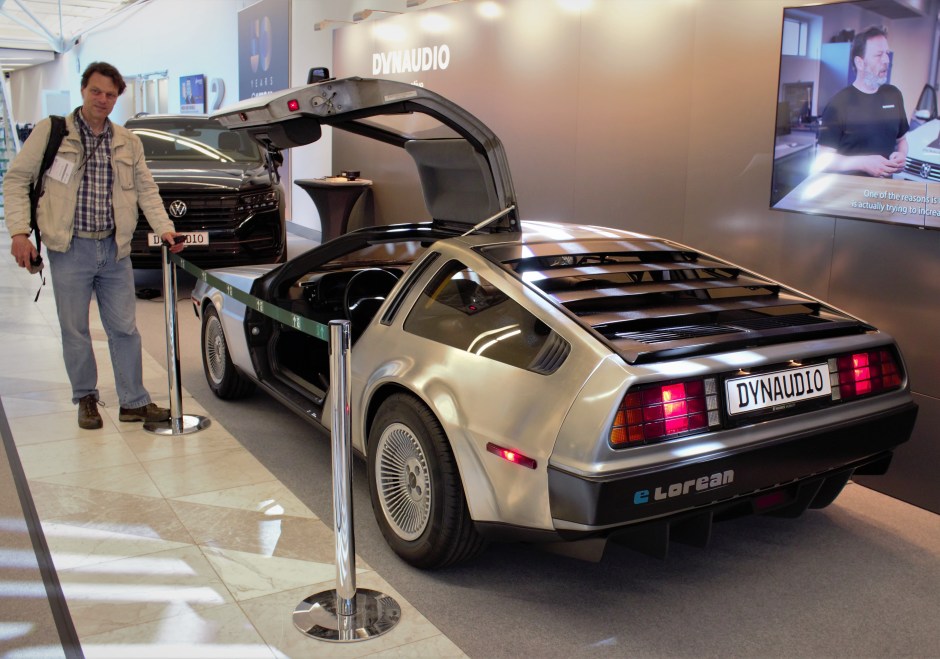 Dynaudio had supplied sound systems for several automobiles right at the entrance into the show, including this DeLorean. This dude was insistent that he pose for this shot, despite the fact that I was waiting for him to get out of the way. Germans. 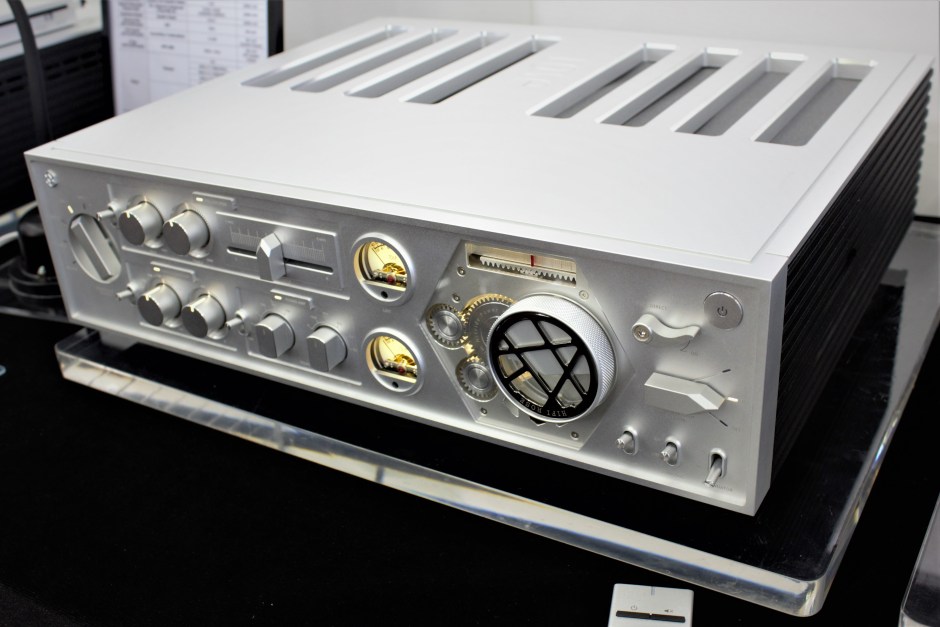 This is the Hifi Rose RA180 integrated amplifier. Loaded with features, it does almost everything. But that volume knob was so cool that large amounts of people stood in line to turn it. It was hard to get in close enough to take this photo. 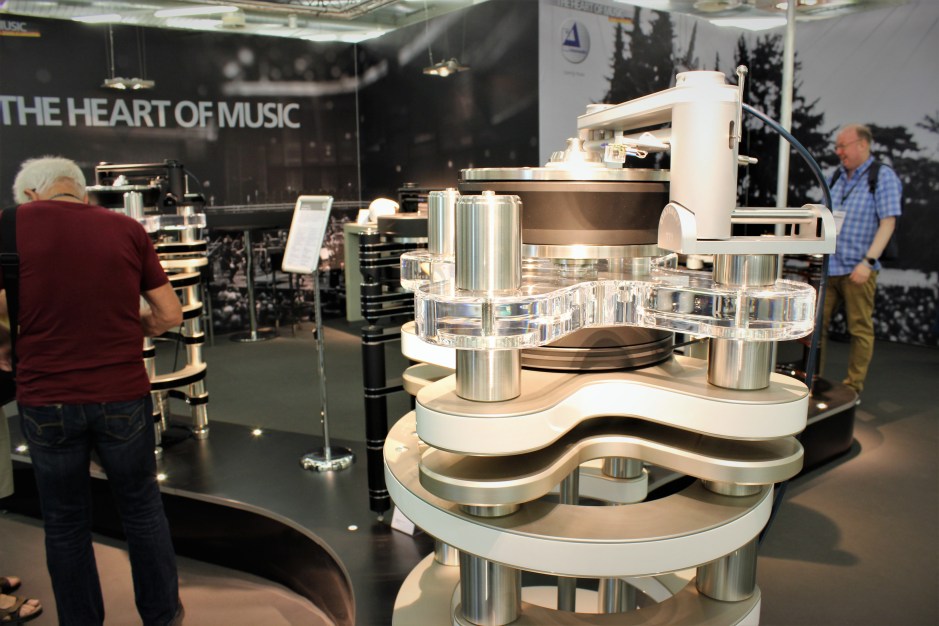 High End 2022 hosted the largest collection of turntables in the history of the world. I’m not even kidding. Turntables everywhere, from brands I knew, and from brands I haven’t heard of before this show. Crazy number of turntables. There might have been more turntables that speakers, if you can believe that. 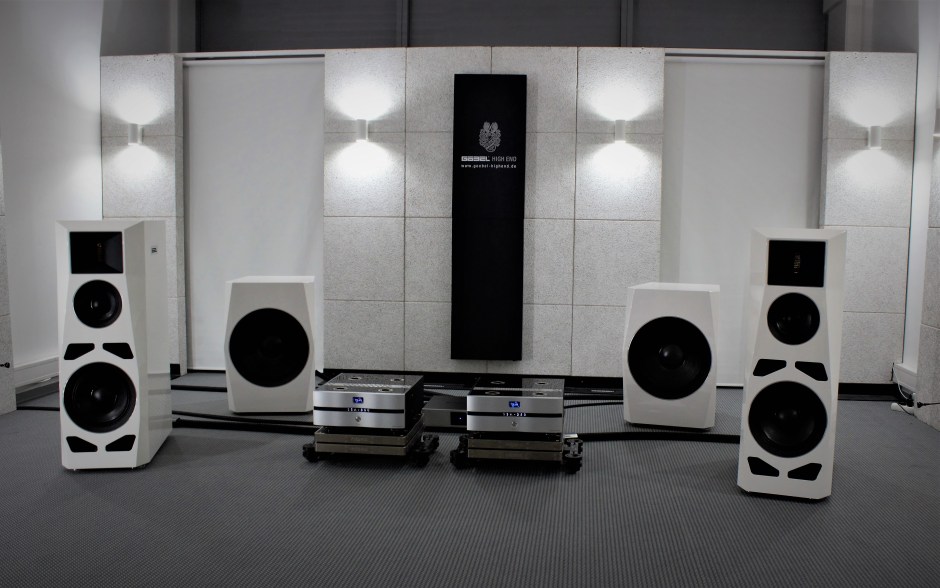 An early pick for Best Sound at High End 2022, this incredible system featuring Goebel speakers, True Life Audio amplification (which our own Panagiotis Karavitas reviewed), Wadax, and the mother of all Kronos turntables. 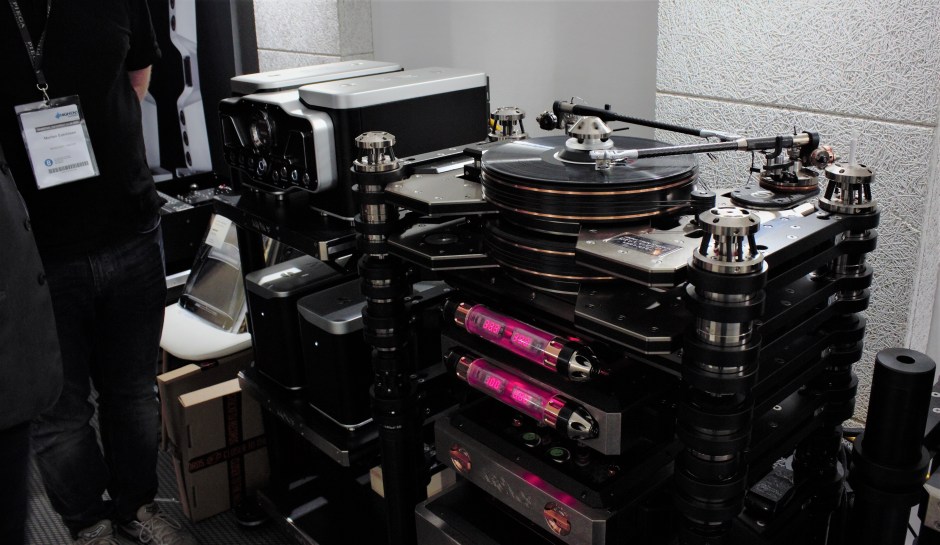 This was a wildly dynamic and energetic system that sounded more like a live musical performance than just about anything I’ve heard at a high-end show. 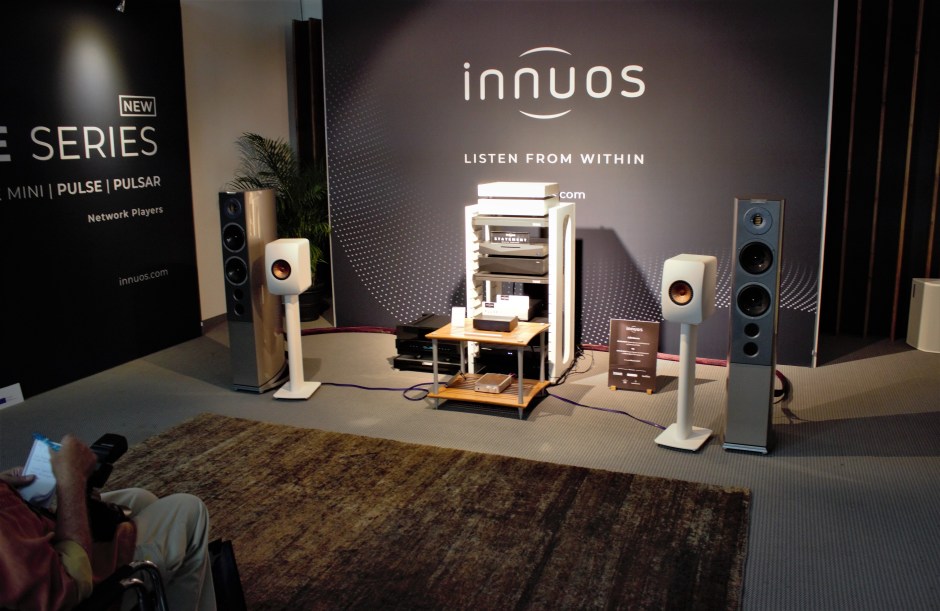 One problem I had with attending High End 2022 was that I had just heard many of the same systems that I heard at AXPONA 2022 last month. But here’s the thing–the rooms in Munich actually sounded better than the rooms in Chicago, despite the sound bleeding between adjoining rooms. So everything I liked at AXPONA–like this Innuos demo where they compared the new power supply upgrade from the Innuos Statement music server to the previous one–was even more enjoyable. 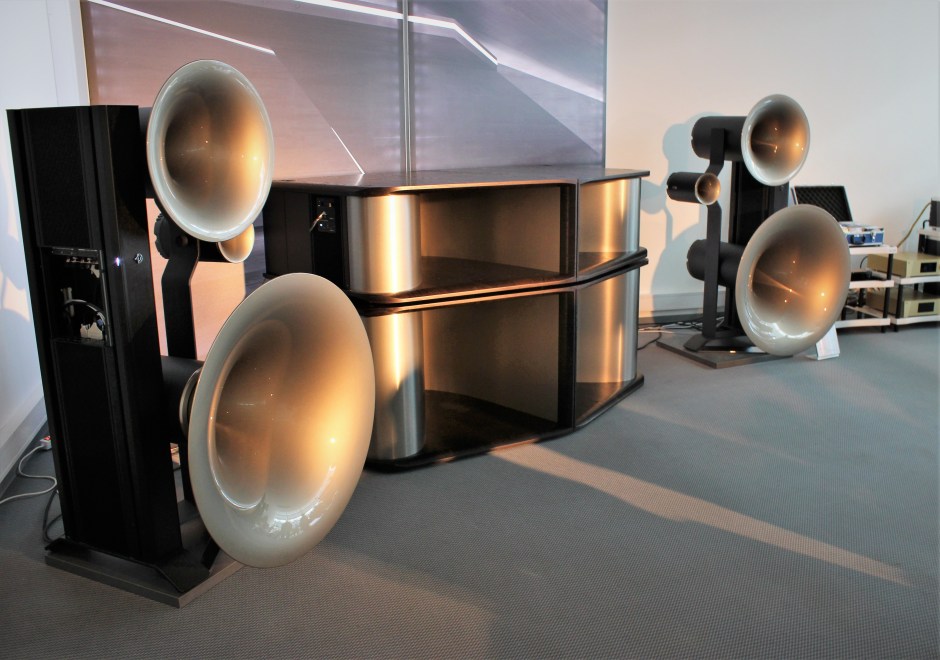 High End 2022 was well attended. So much so, in fact, that several rooms were packed and I had to return four or five times just to listen. This Avantgarde exhibit room was incredibly popular, as you might guess from these massive horns. 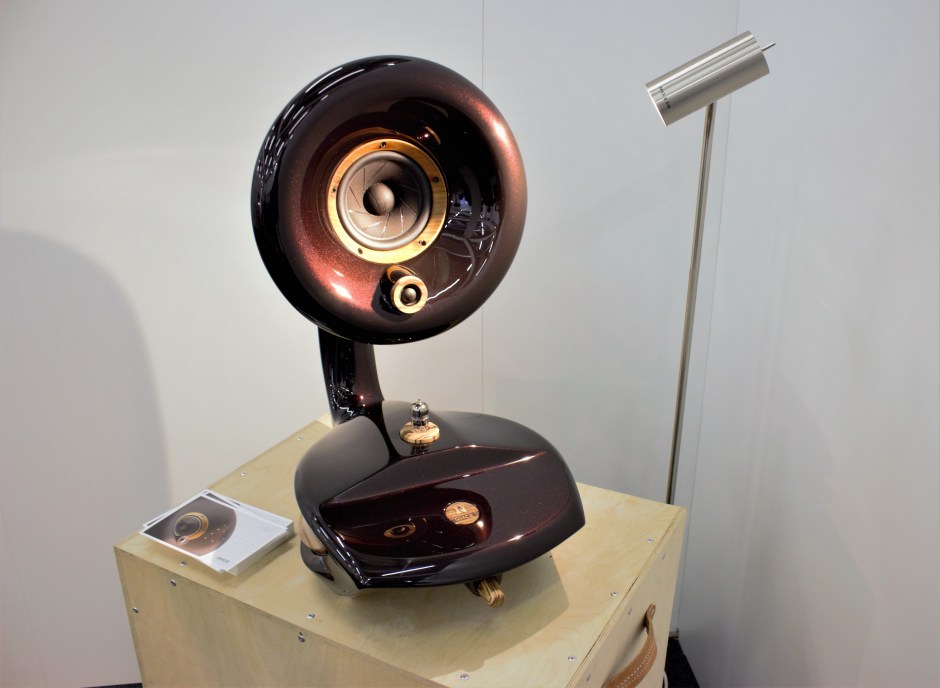 Finally, High End 2022 was notable for the many manufacturers and products that are just not available in the US–at least yet. This one “box” system from Once Custom Sound looks awesome, and it sounded pretty nice. It’s very much a conversation piece.

Okay, it’s time to get some sleep. When I wake up, I’ll have plenty of stories to tell.

The Sonus faber Maxima Amator loudspeakers (website) have taken me by surprise. I was so zeroed-in and focused on the idea of the perfect two-way bookshelf monitor, a longtime passion of mine, and now I […]

A funny thing happened on the way to finding the perfect 2-way bookshelf monitor. When I first had the opportunity to review the new Volti Audio Razz (announcement, website), I imagined this 3-way floorstanding horn […]