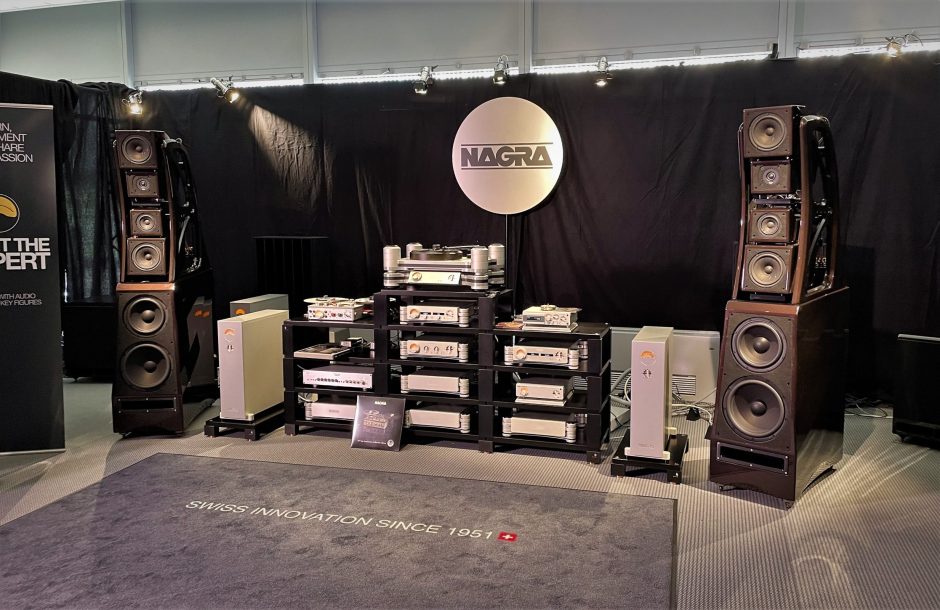 I’ve already mentioned the sound of the big Avantgarde Acoustics room at High End 2022 in Munich, which might have been hampered by the enormous crowds at the show. The big Nagra room, however, might have been even more popular since it took several efforts to wait long enough to procure the sweet spot. If the Avantgarde drew big crowds inside the room, the big Nagra room drew big crowds in the room, the vestibule leading into the room, and the hallway outside.

Throughout the MOC I heard people say things like “Hurry up, I want to go to the big Nagra room again.” Sometimes it was referred to as the Wilson room, because the system was comprised by nearly every product Nagra of Switzerland makes, all connected to a pair of Wilson Audio Chronosonic XVXs. Exhibit rooms at high-end audio shows are usually identified by the speakers, but in this case it was clearly Nagra’s room, designed to feature the company’s new 70th Anniversary components. 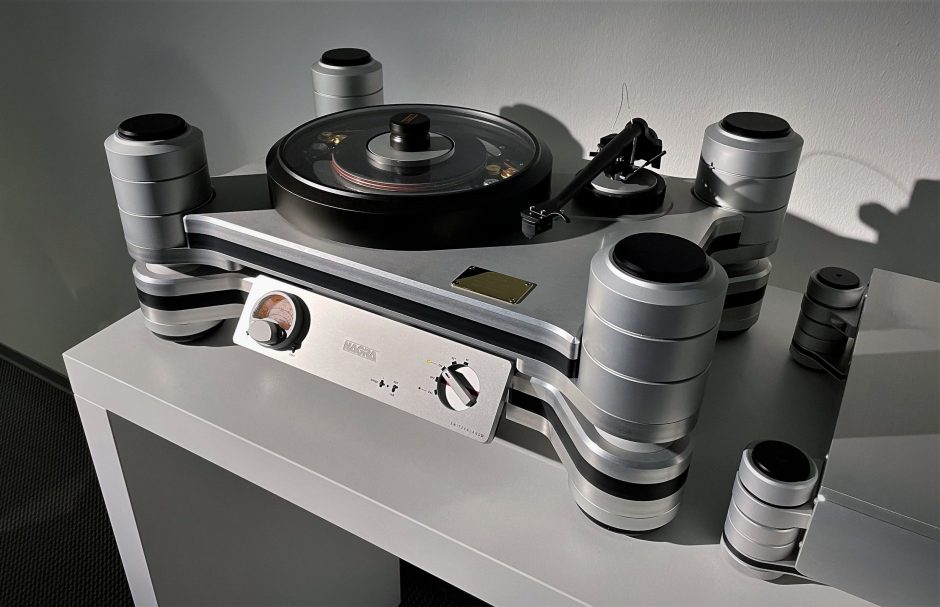 The big story in the big Nagra room, other than those enormous Wilsons, was the Nagra Reference Anniversary Turntable ($175,000 USD). There was one in the vestibule, greeting every visitor, and one in the system, playing glorious music. First of all, the Nagra TT has dual direct drive brushless DC-coupled motors in a separate box that weighs close to 25 lbs. The belt system borrows from the original Nagra IV-S tape machine. “Because the original supplier of these belts is no longer in existence,” Nagra explains, “we undertook a chemical analysis of the belt composition and have faithfully reproduced this high performance part.” 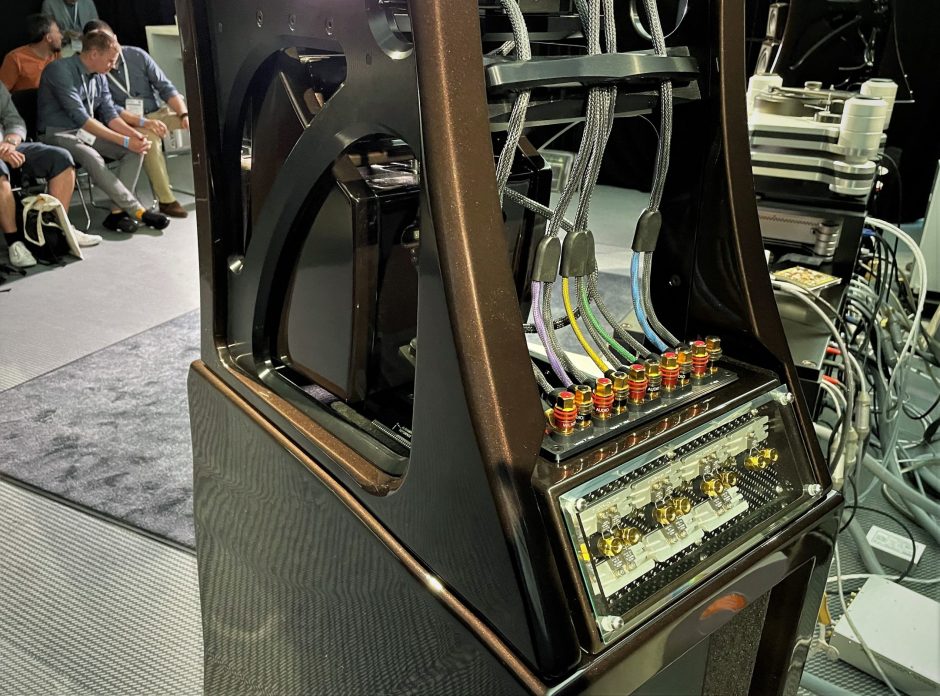 Once I settled into the sweet spot in the big Nagra room, I was surprised that I heard none of that “bigger than life” sound that sometimes accompanies mega-rigs such as this. I heard an uncommon clarity in the sound of this system, and a smooth balance and musicality that hasn’t always existed with the larger Wilsons I’ve heard in the past. (I tend to like the smaller Wilson models.) 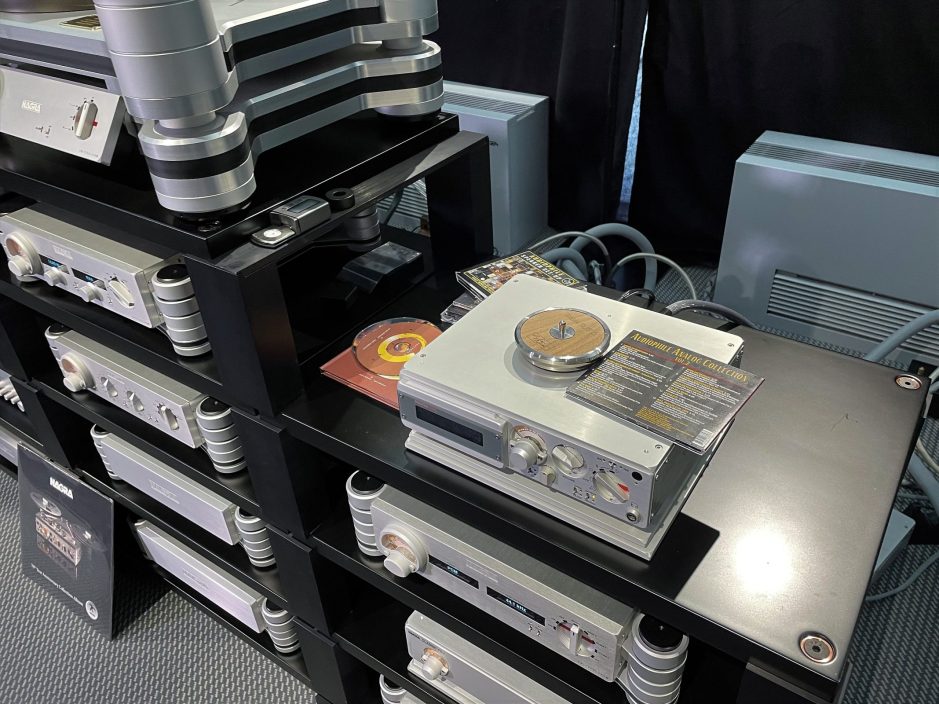 At the last High End show in 2019, I heard a similar system in the big Nagra room–with Stenheims instead of Wilsons and no 70th Anniversary gear in sight. That system was impressive, but maybe with a handful of sonic quirks here and there. The big Nagra room in 2022 was more focused and less ethereal, more deeply rooted in the music, and still the emotional roller coaster you’d expect from high-end audio gear like this. 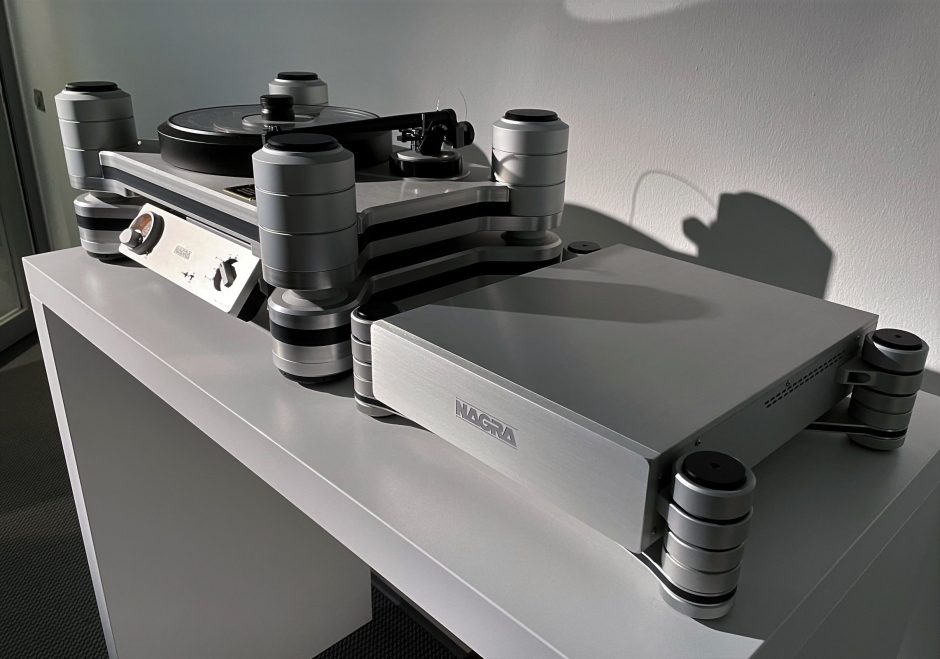 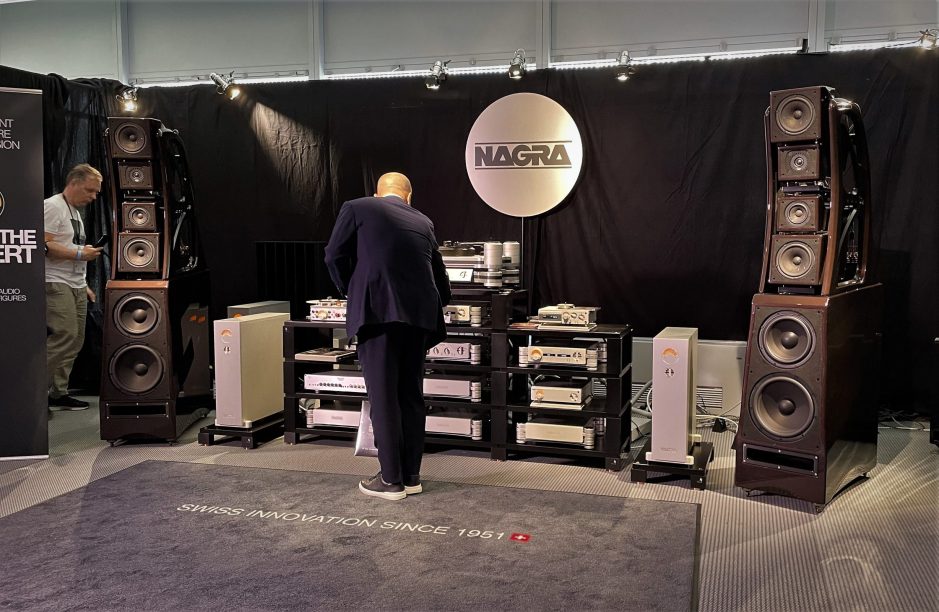 Every year at Part-Time Audiophile, the editors discuss whether or not we should do another year-end Holiday Gift guide. I’m not particularly fond of the idea. I’m not a big holiday person after my early […]