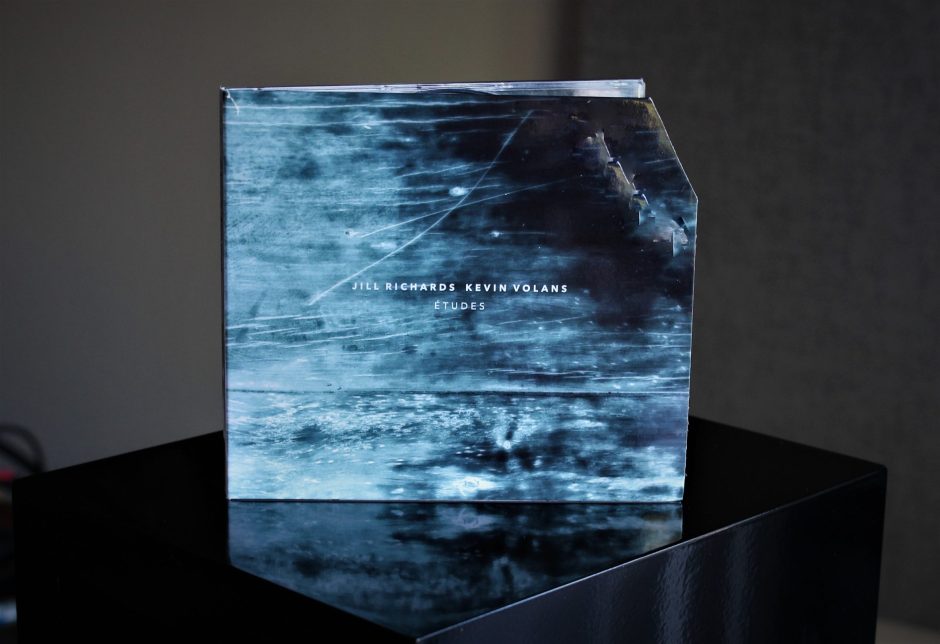 I tend to bolt up straight whenever I hear the name Kevin Volans. During my journeyman audiophile days back in the late ’80s and early ’90s, Kevin Volans’ White Man Sleeps suite for string quartet was one of those compositions that immediately broadened my musical horizons in profound ways. I even made a mixtape called “Secrets of the Universe” that included Volans, Arvo Part and select others. I would listen to this playlist whenever I needed a touchstone to remind me who I am, deep down. Thanks to pianist Jill Richards and Volans himself, I get to revisit one of my favorite composers of all time.

Etudes is a fascinating new recording. It starts off with Jill Richards performing Volan’s Etudes, which is comprised of six different short pieces. (White Man Sleeps is composed of five pieces, and the fourth piece is the one that captured my imagination and my undying devotion.) Then, just to switch things up, Volans himself pulls up a bench and performs a quartet of pieces from Franz Lizst including Liebestod, Transcendental Etude No. 11 Harmonies du Soir, Cypresses of the Villa d’Este and Fountains of the Ville d’Este.

The underlying themes here, for both Jill Richards and Kevin Volans, are to outline the rigorous, spacious and slightly feral nature of much of Volans’ work, and to hear that abstract virtuosity emerge in the Liszt pieces. He is a master at invoking precise images in his music, and once you know he spent a great deal of his life living in South Africa, you can hear the unusual rhythms in his music–even on solo piano. (I first heard White Man Sleeps on Pieces of Africa from the Kronos Quartet–it’s an amazing album if you don’t know it.)

Among these etudes, Jill Richards–who is also from South Africa–is able to channel Volans’ propensity for creating piano music that sounds like it’s written for four hands instead of two. That’s not a surprise, since the two have been working together for 23 years. It’s fascinating to know that Volans isn’t finished with a piece until he hears it played for the first time, and then he makes corrections “on the spot.” These pieces inherit that improvisational feel, as if each performance is a single snapshot in time where the light and the angle will never be exactly the same again.

Volans’ Liszt performances weren’t captured in the same space and time–they were recorded in 2001 and stored by producer/sound engineer Chris Craker ever since. Their inclusion here with the Jill Richards performance draws the undeniable link between the two, and how deep that bond runs. Etudes was a welcome treat for me–despite my overwhelmingly positive reaction to White Man Sleeps, I’m surprised I haven’t made more of an effort to explore Volans’ other work. This album, therefore, is a great and unexpected source of joy for me.

Aalborg Preview | On The Road

It seems a little quiet around here for the past few days. In reality, we have two big things going on–Eric Franklin Shook and crew are covering Audio Advice Live in Raleigh, North Carolina, and […]

I’ve been going on and on about the wonderful and daring Swiss and Russian jazz albums I’ve been receiving, and how their distinctly European takes on simple trios and quartets has re-energized my enthusiasm for […]