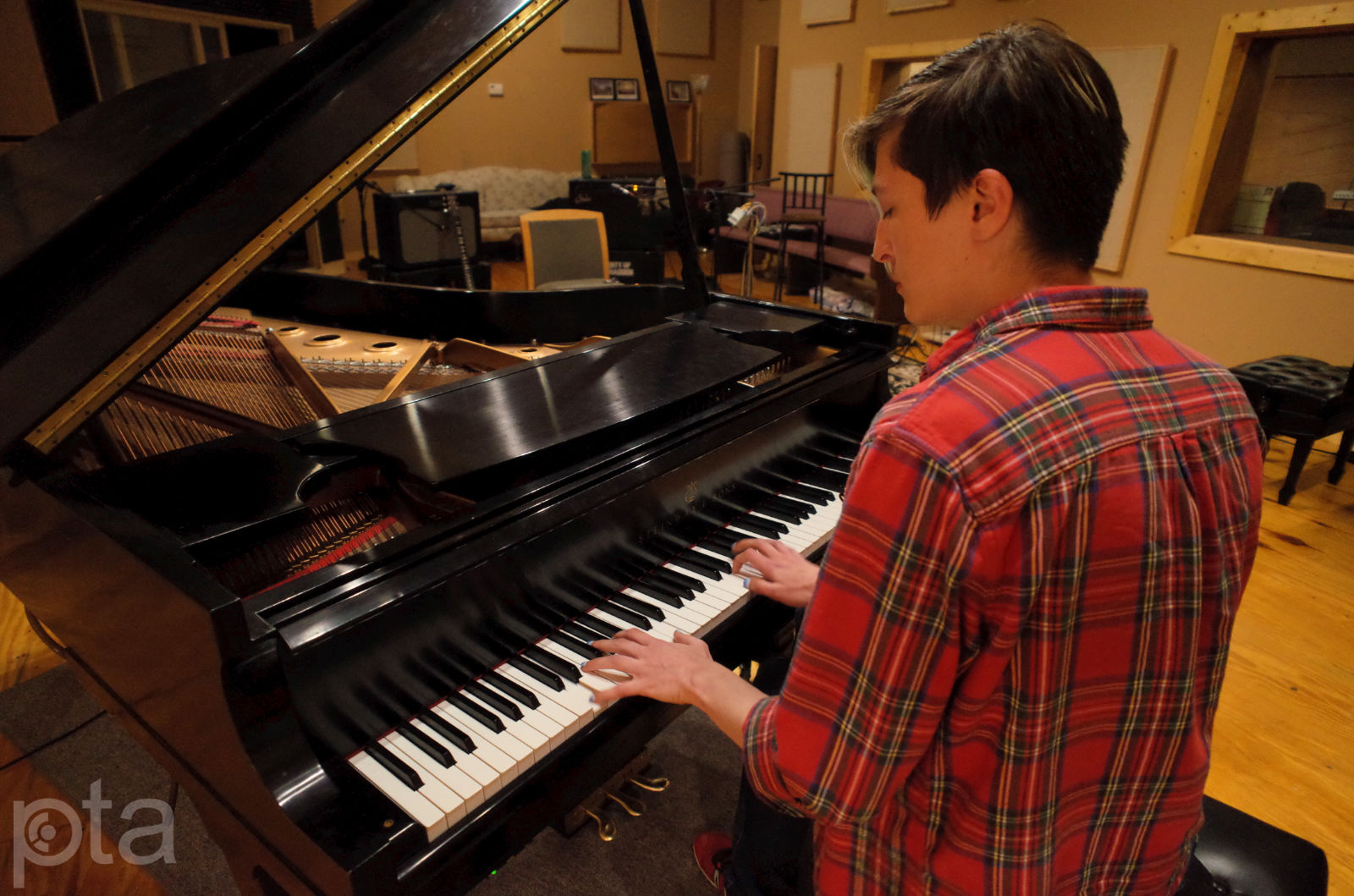 Editor’s Note: Before we dive into Hubcon 2022 coverage, let’s take care of the elephant in the room—what the hell is Hubcon? Hubcon is a gathering of Part-Time Audiophile writers and editors. During our planning of this strategic-social event several exotic locations were discussed: those included Toronto, Hawaii, and Cartagena. Alas, we decided on something closer to home for our initial outing—the state of North Carolina. Home to both Dave McNair and Eric Franklin Shook, and within reach of Grover Neville, Graig Neville, and Jameson Mourafetis. In short, Hubcon is where love and audiophilia meet and shake hands.

Tonight’s report covers our visit with Ovation Sound (website) a recording studio located in Winston-Salem, North Carolina. Ovation Sound is a recording studio owned and operated by Evan Richey and Bill Stevens. “A haven where creativity flows freely–where ideas become entities.” In terms of personnel, both Evan Richey and Bill Stevens are musicians, arrangers, producers, composers, songwriters and recording engineers. Evan further takes on roles in the community, in the form of teaching the art of music at the high school and university level.

According to Grover Neville this night began with an invite to a pool party.

None of us attending Hubcon 2022 had the foresight to pack any poolware or swimming attire, so it’s no surprise that this night (for me at least) begins with us meeting Bill Stevens at his place of business and wonder—Ovation Sound Studios 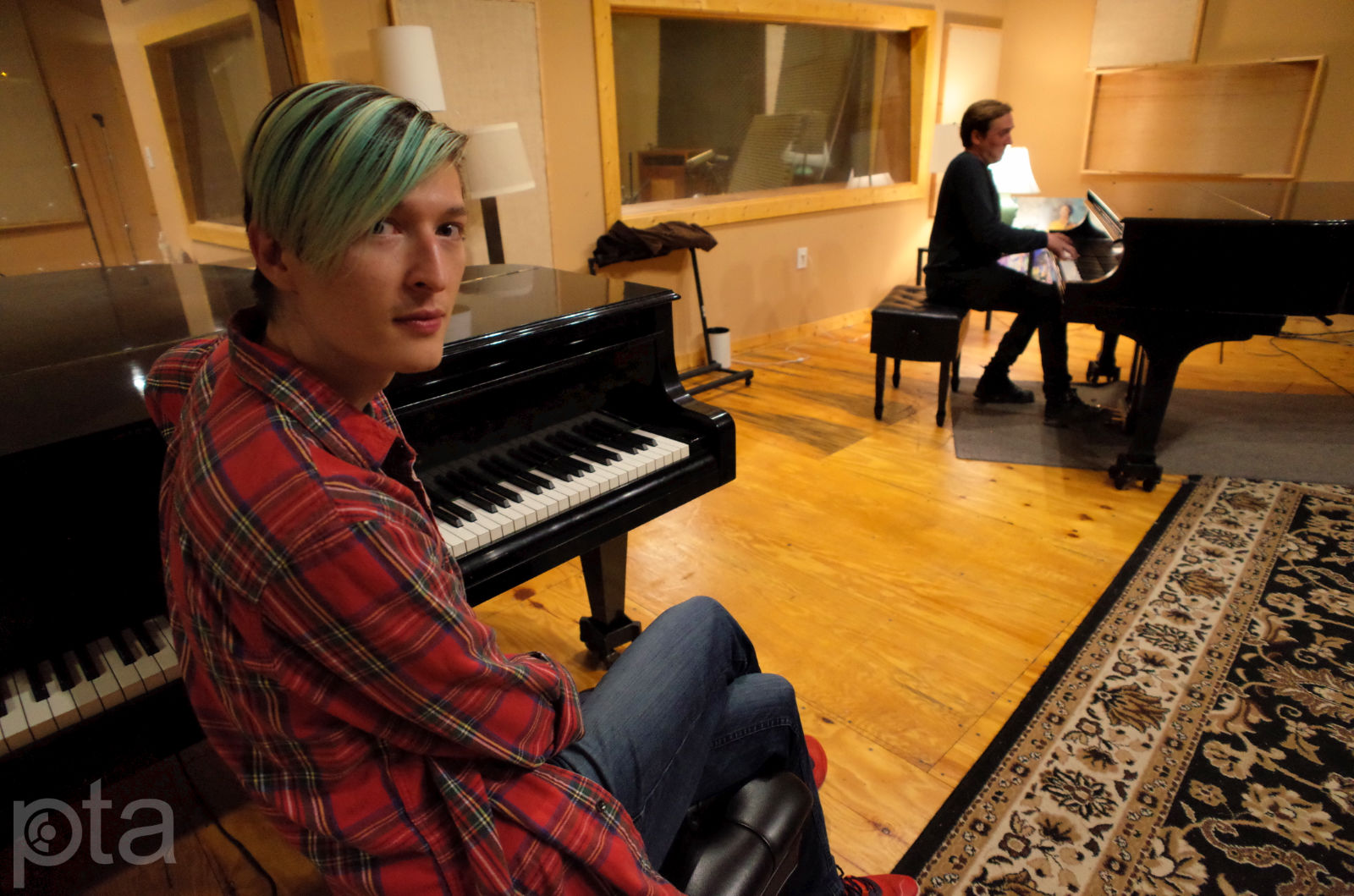 I’ve had a long day of traveling to and from the airport in Charlotte to retrieve Grover. Together we’ve had a long day of discovering bits of Charlotte before making our way northward to Winston-Salem, Dave’s home, and the sight of our Hubcon 2022 meeting space. Tack on top of that, we’ve spent the entire evening aiding in what we believe to be final system setup and speaker placement. We’re both quite exhausted at this point of the day.

It’s nearing midnight and Grover is looking down at his phone, then at me, and he asks “Do you want to go hang out with Bill Stevens at Ovation Sound?” Of course, I reply “At this hour? Yes. I’ll drive.” 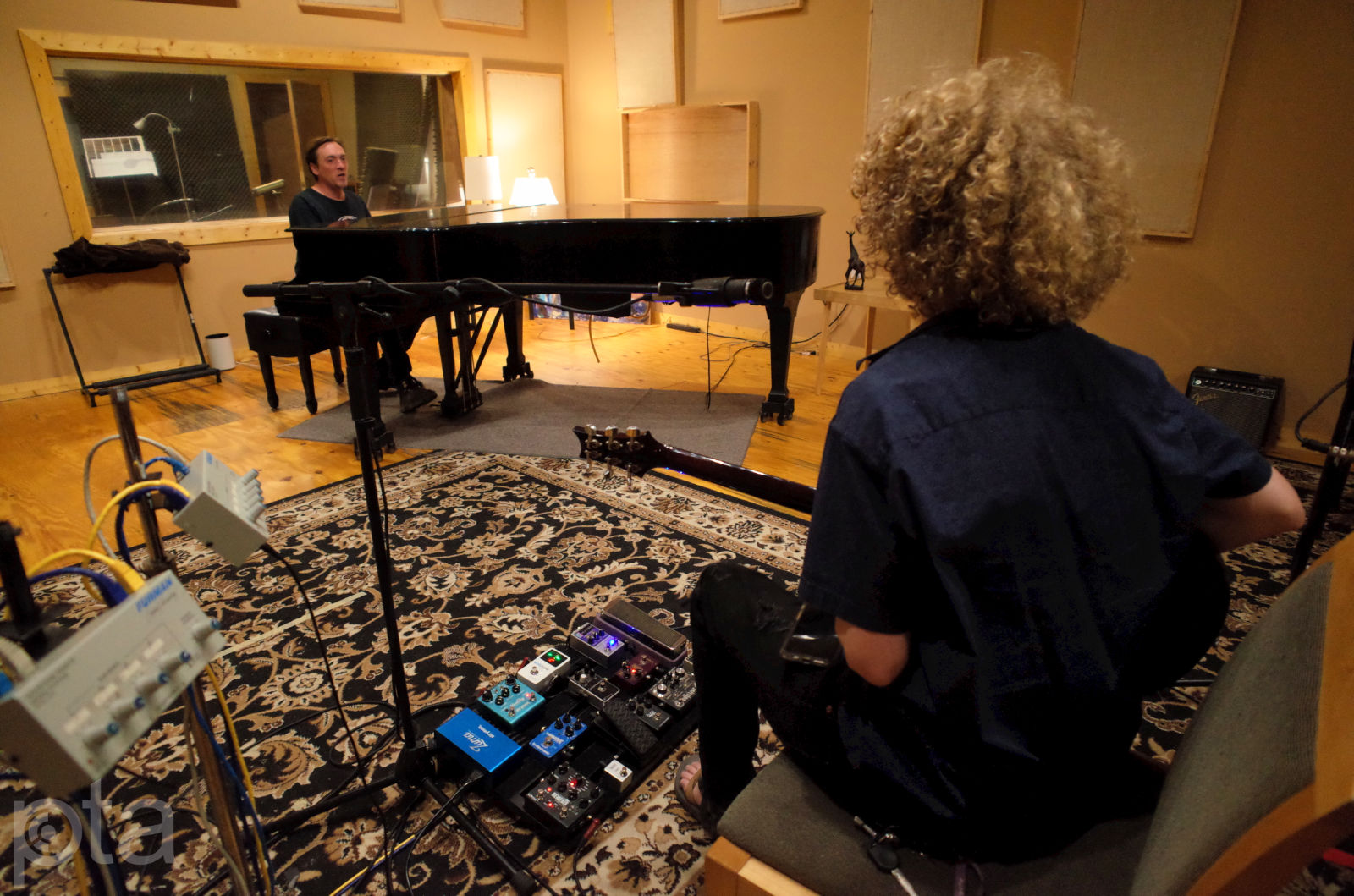 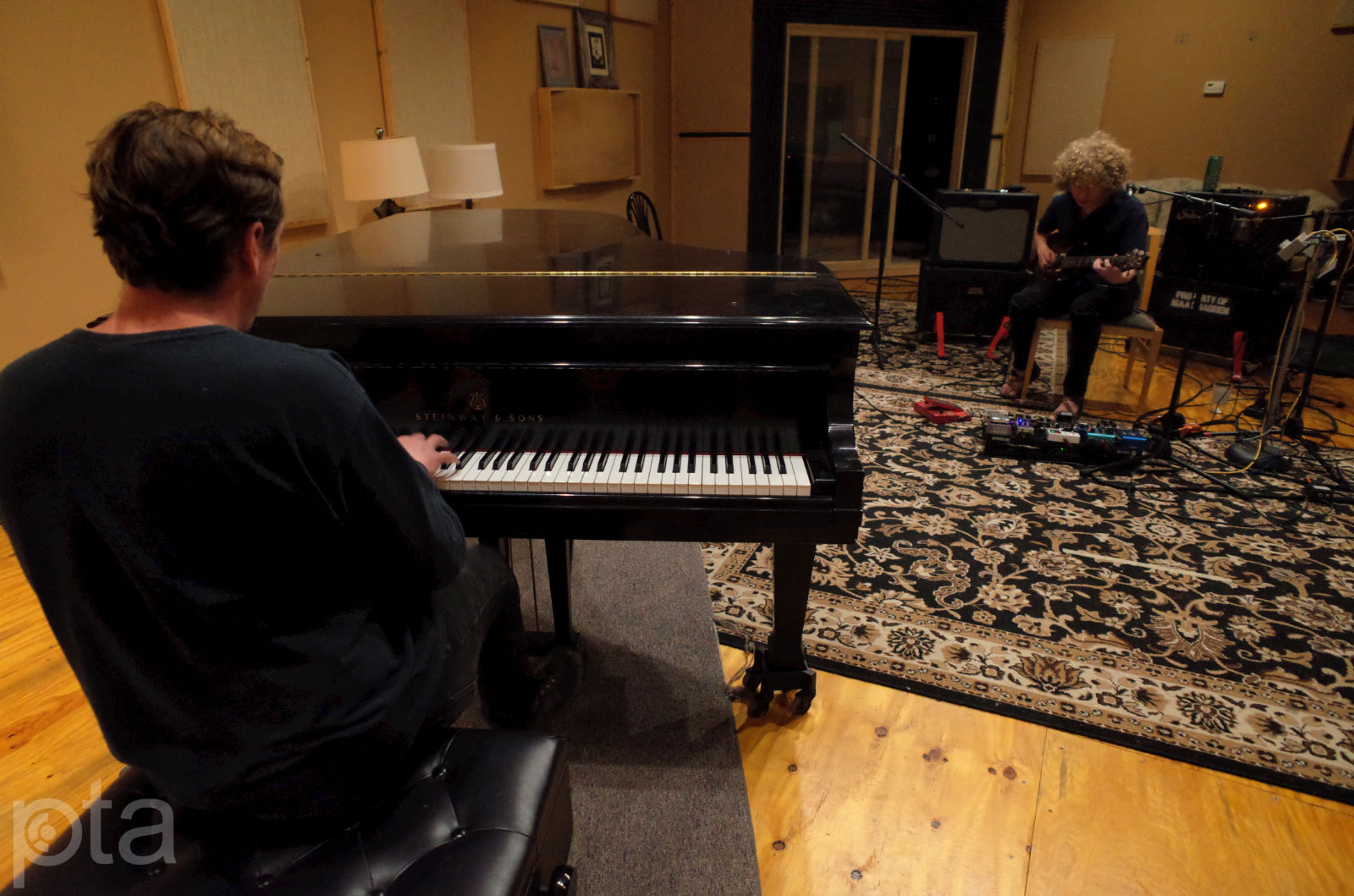 Twenty or thirty minutes later, we discover that Winston-Salem is a much larger city (even by car) than we had anticipated. We finally arrive at Ovation Sound, greeted at the door by a welcoming Bill Stevens.

Once inside we adapt to the mood and vibe of the space quickly. There’s music being played live in another room, and we find a few musicians moving about the studio halls and control room. It becomes apparent that this is more than a simple hang out, this is a late night recording session. 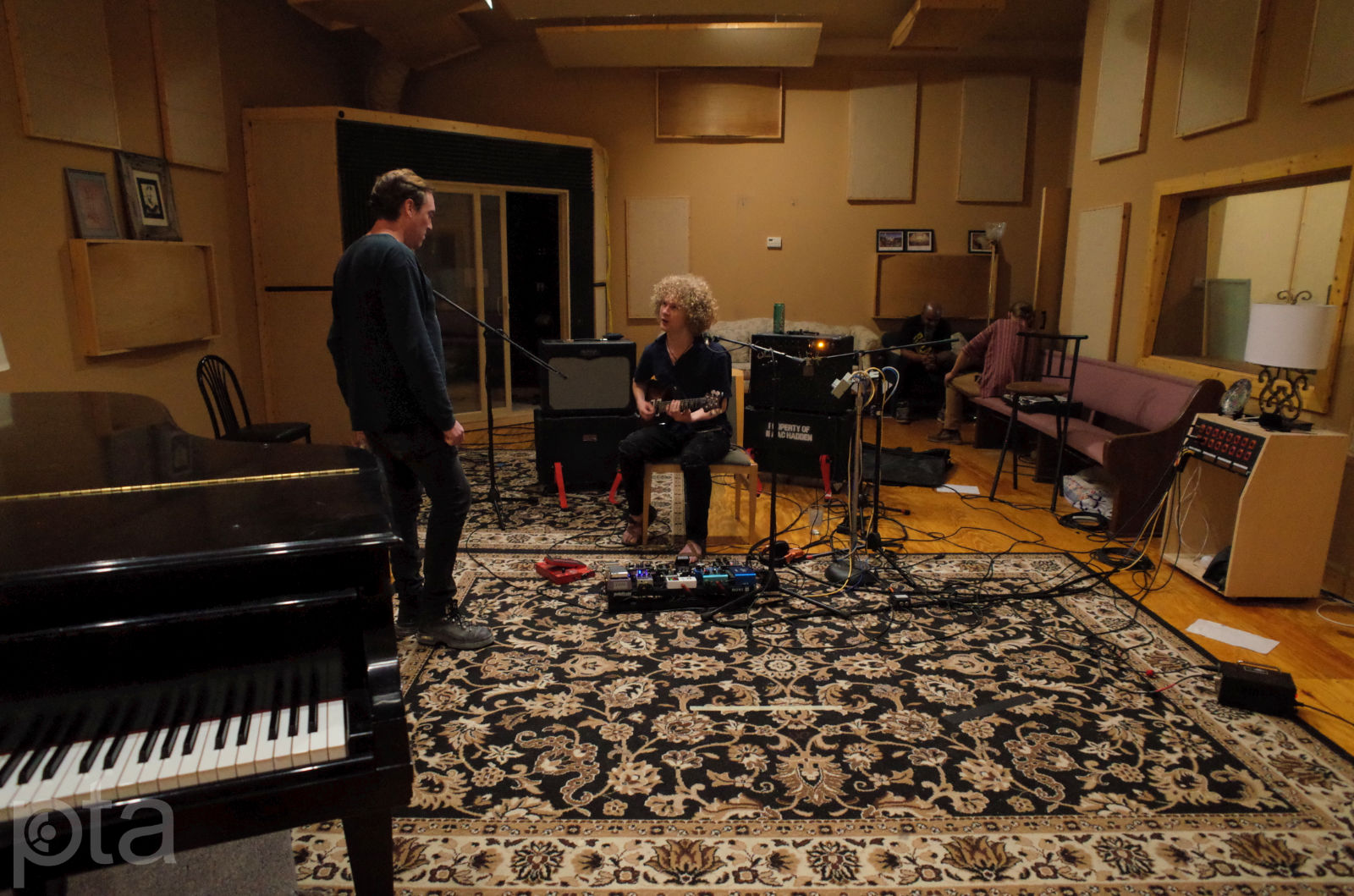 The Birth of Isaac Hadden, at Ovation Sound

Tonight’s featured performer and recording artist is none other than the award winning, Asheville, North Carolina based singer-songwriter—Isaac Hadden.

A little known fact about him, Isaac was born at a music festival that I, myself, attended back in 2002. Yes, he’s that young, and I’m that old. And you are probably older than me. Deal with it.

Isaac was born to his mother during a live set played by Aaron Neville of The Neville Brothers, at FloydFest in Floyd, Virginia. One could say, he’s been called to action by the music since day one.

Imagine a backdrop of rain soaked hippie love and the haze of the Blue Ridge Mountains off in the distance. Aaron Neville on stage, and dancing all along the hillside; because that’s what your mind’s eye needs to envision if one is playing that sort of mental game.

What’s being put on record tonight at Ovation Sound is Isaac’s own brand of jazz-infused improvisational funk-rock. Something that if you’ve seen and heard live in person, possibly along the festival tour schedule of the appalachians, you know it’s something unique, special, and worth keeping. 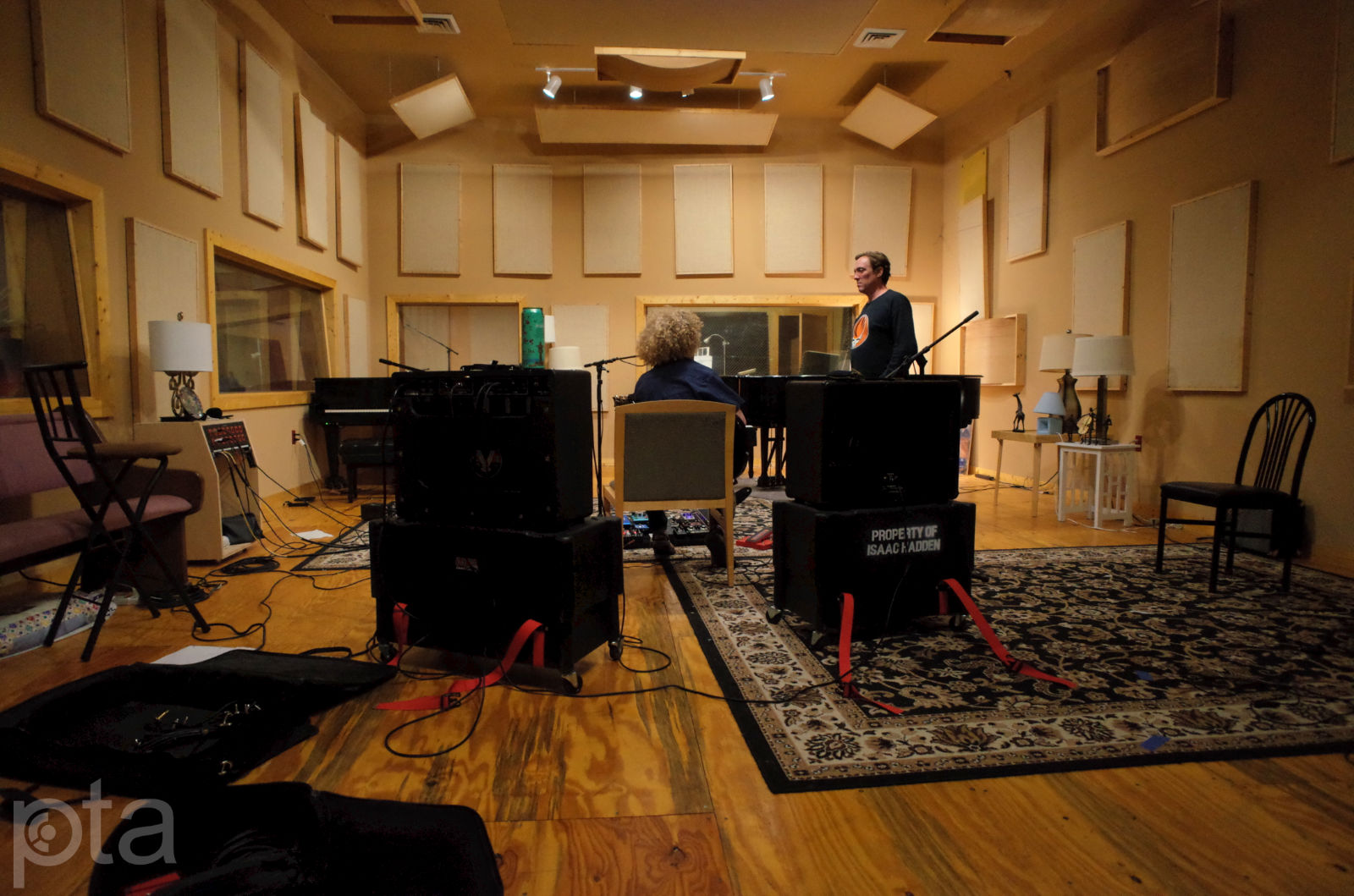 Hold Back If You Can

Grover and I make our rounds, talking to musicians and making new friends, checking out the instruments, even playing with a newly mounted gong in the studio lobby.

Discussions draw to a close, and musicians get in position. It’s time to record some music. Grover and I retire to the control room to listen and watch the late night proceedings unfold before us.

As some readers might already know, Grover Neville is more than just a Part-Time Audiophile contributor, he’s also a classically trained (and educated) musician, composer, songwriter, and graduate of the Oberlin Conservatory of Music.

What does this mean in the context of tonight’s story? It means that Grover’s restraint against touching anything with black and white keys has its limits.

The night carries on, and discussions of what to do for breakfast begin as we part ways and lock up the studio. 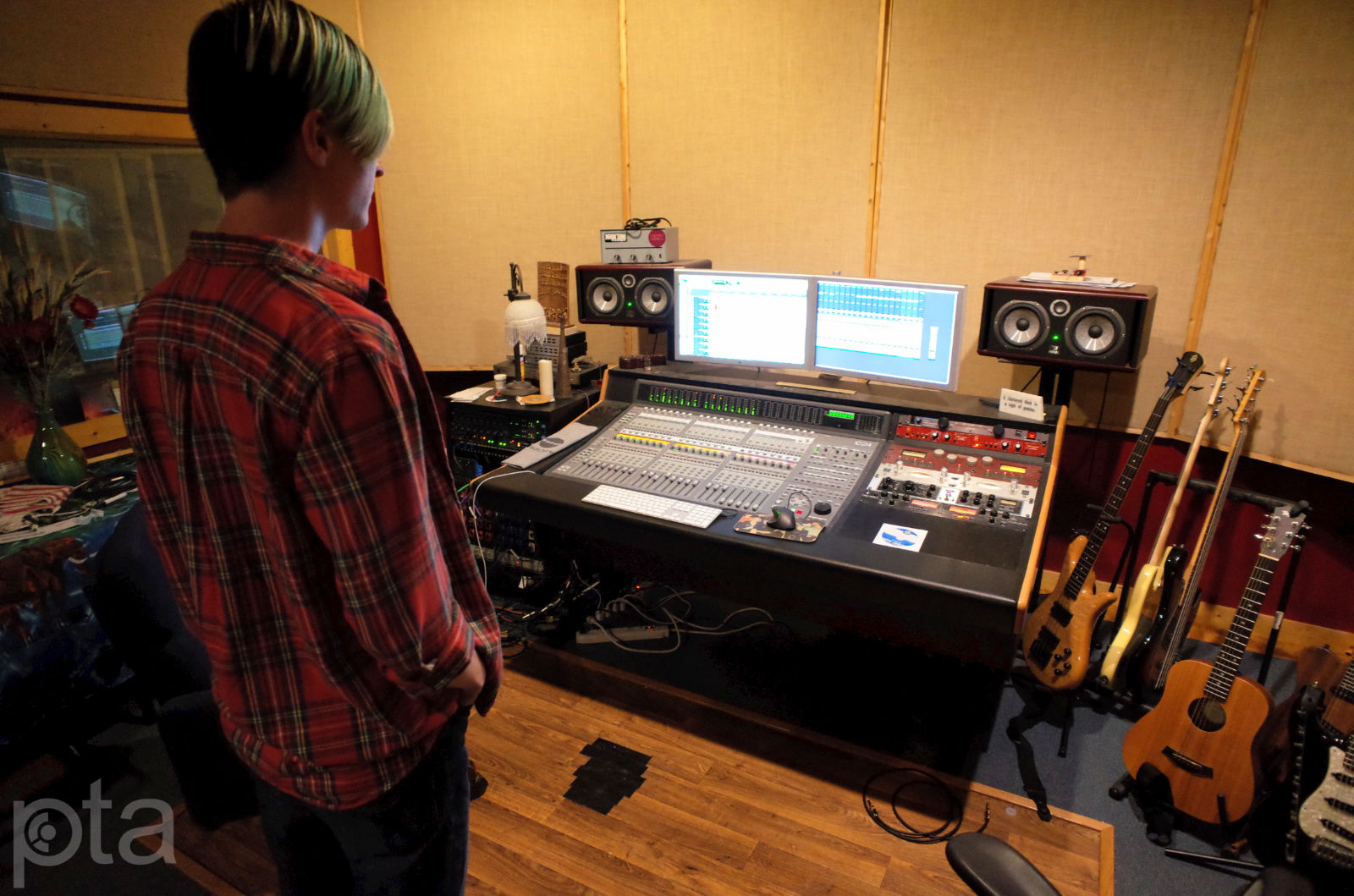 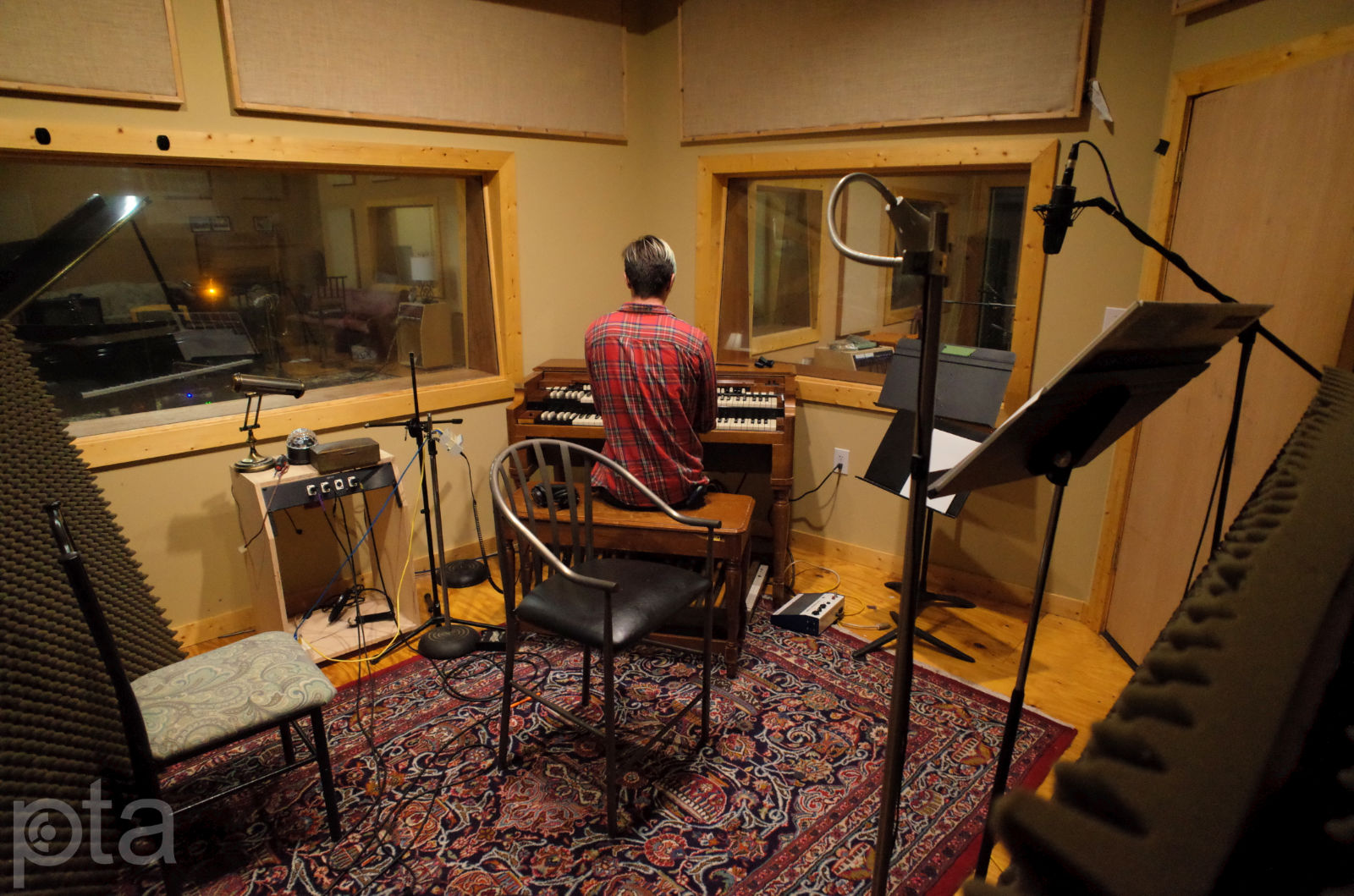 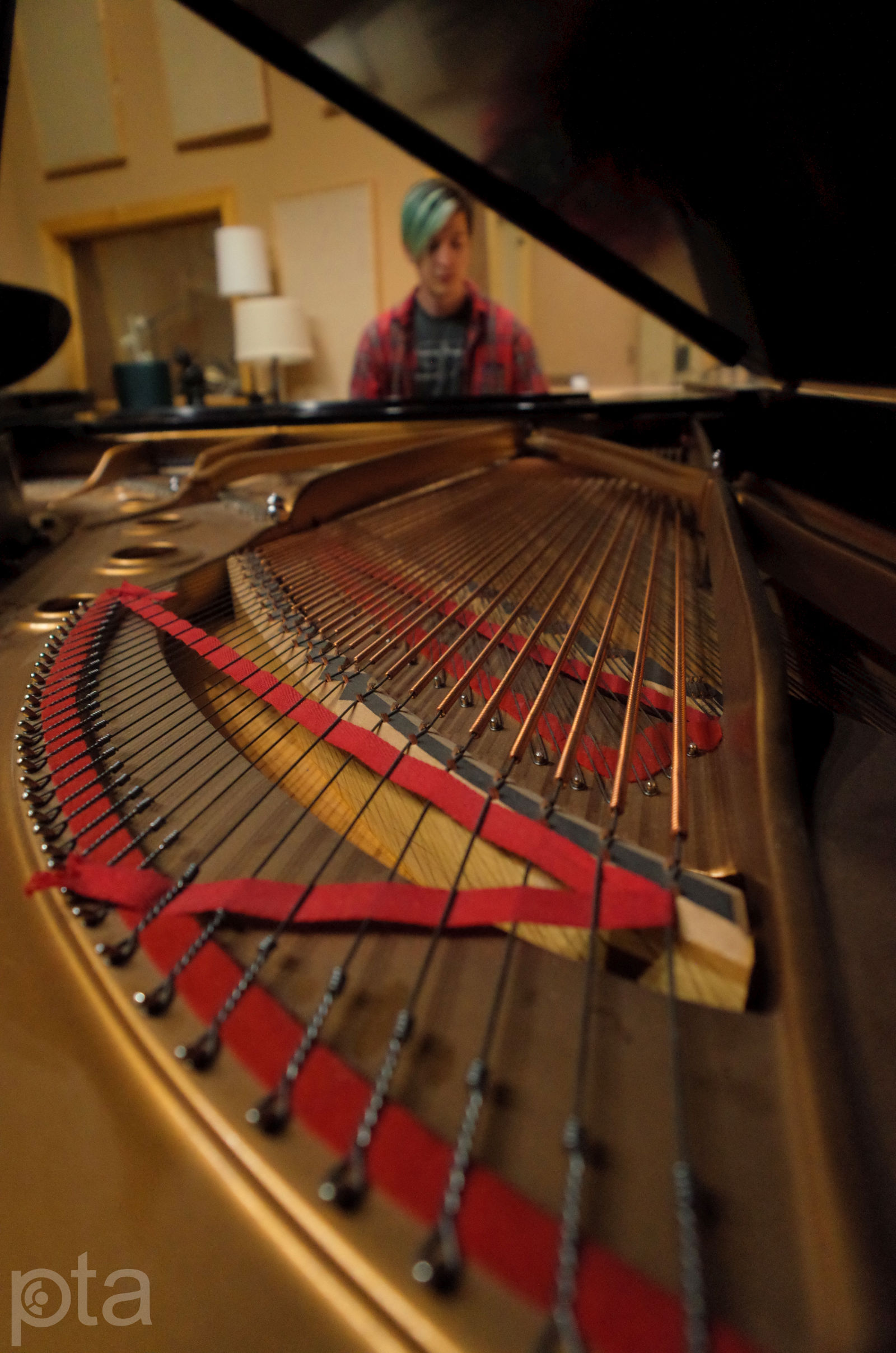 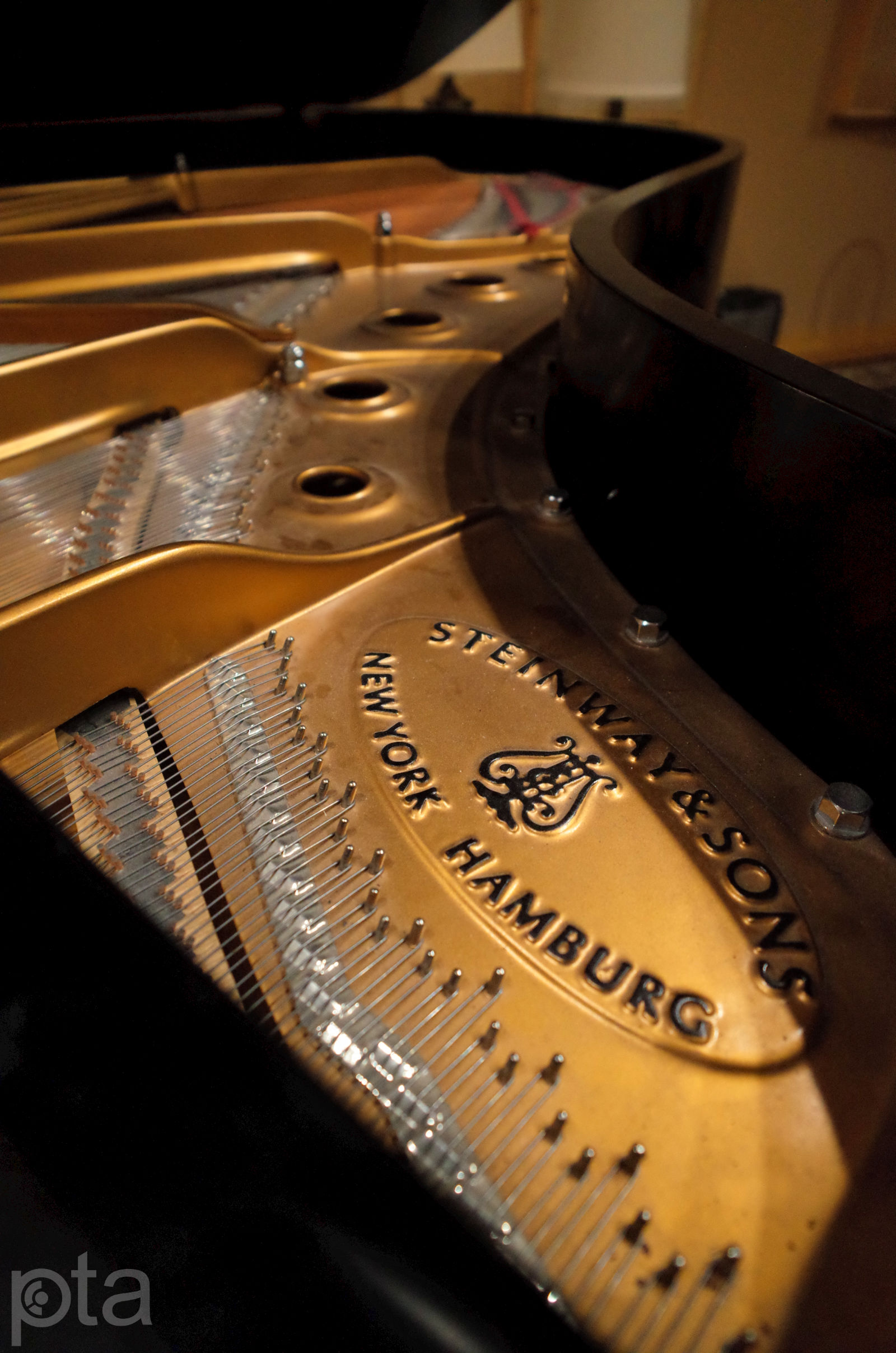 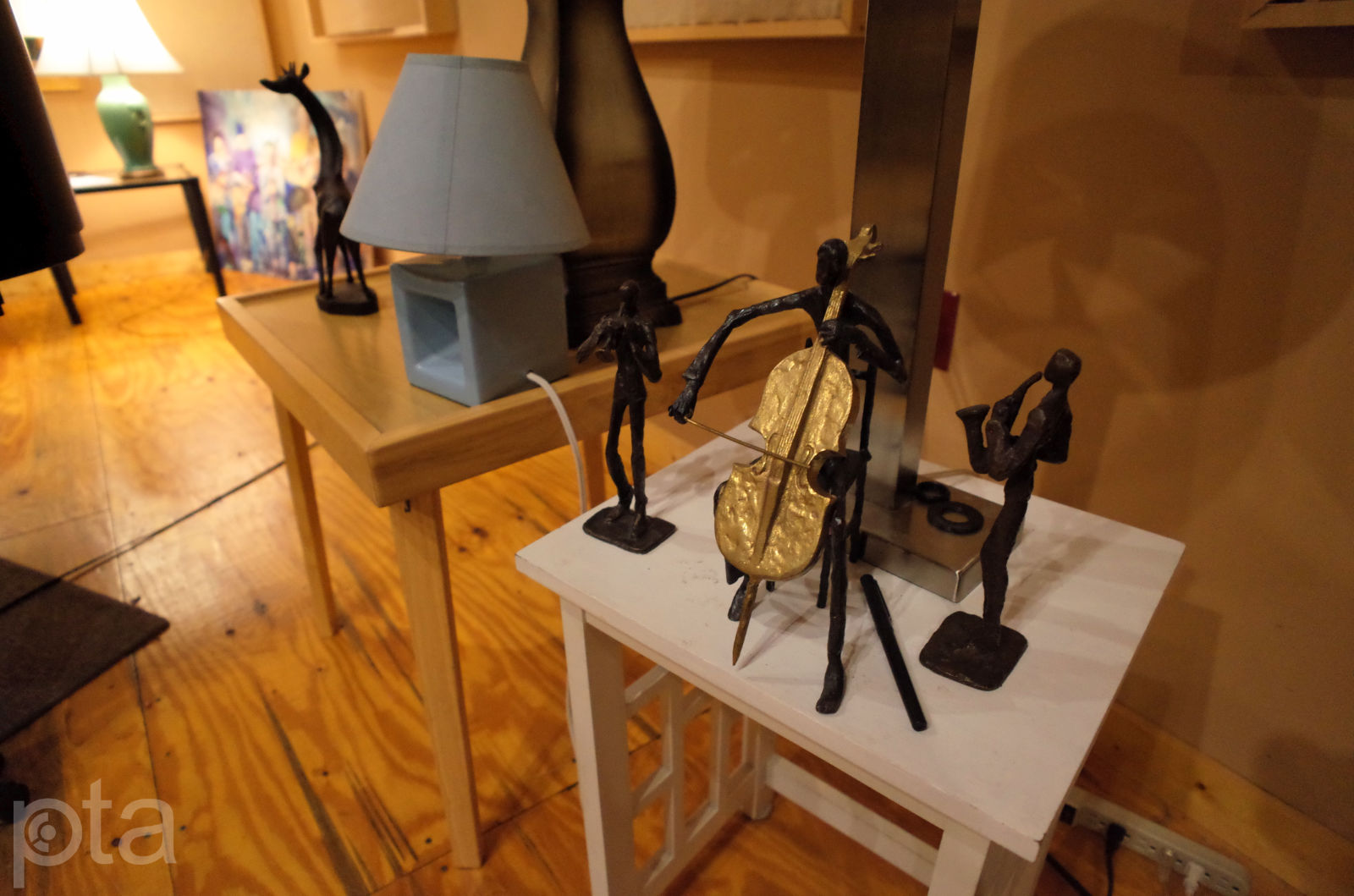 Editor’s Note: Before we dive into Hubcon 2022 coverage, let’s take care of the elephant in the room—what the hell is Hubcon? Hubcon is a gathering of Part-Time Audiophile writers and editors. During our planning […]

Five world premiers? Zowie! Bill Hutchens of LKV Research guides us through the new products he’s created. Basis Audio gets a standing ovation, bravo! Finley Audio is back for more. Joseph Audio does that thing […]

The Mola Mola Makua (website), much like the Tambaqui (review) before it, was a device utterly unknown to me before this review. Naming gear after exotic fish isn’t a new concept–I own a pair of […]