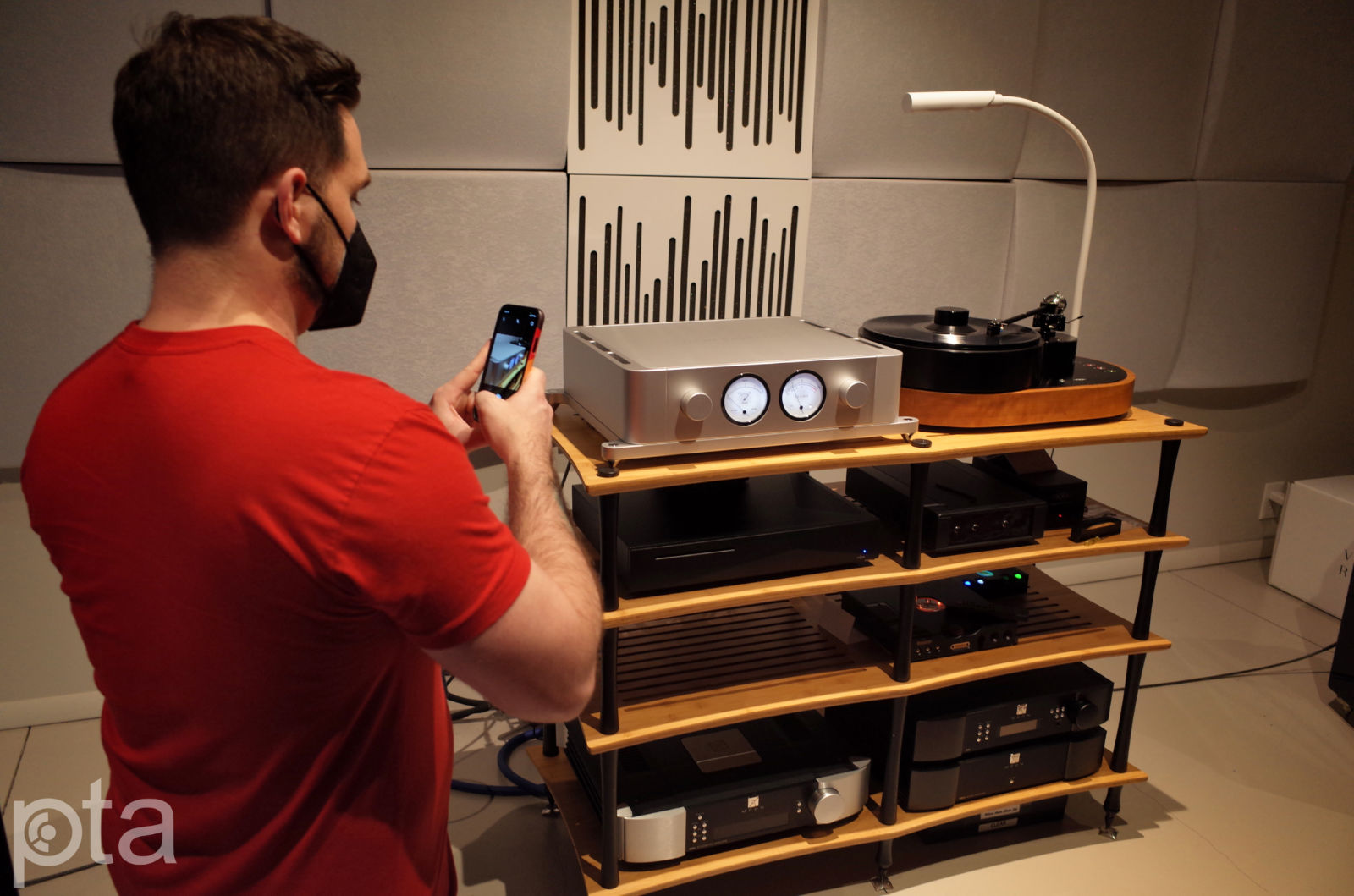 Editor’s Note: Before we dive into Hubcon 2022 coverage, let’s take care of the elephant in the room—what the hell is Hubcon? Hubcon is a gathering of Part-Time Audiophile writers and editors. During our planning of this strategic-social event several exotic locations were discussed: those included Toronto, Hawaii, and Cartagena. Alas, we decided on something closer to home for our initial outing—the state of North Carolina. Home to both Dave McNair and Eric Franklin Shook, and within reach of Grover Neville, Graig Neville, and Jameson Mourafetis. In short, Hubcon is where love and audiophilia meet and shake hands.

The new Brama series from Vinnie Rossi made a lot of tails wag in the audiophile press and set high expectations for itself from the mention of its coming. First teased by us in October of 2021(here) and experienced first hand by Marc Phillips (here) in our show coverage from AXPONA 2022 back in April.

When I got the phone call from Mark Sossa, informing me that the new Brama Integrated was on its way to one of our favourite dealers—EMBER Audio + Video in Winston-Salem, North Carolina—I could not pass up the opportunity to document the unboxing and give it a first listen. But I had to hurry if I was going to outlast the temptation of EMBER’s Chris Livengood to get it out and installed in an auditioning system.

I hit the showers, dried off in the car with the windows down, and trucked along Interstate 40 at a relatively aggressive clip. Alas, when I arrived, the whole gang was already there, snapping away photos of the new unit freshly unboxed and installed, each of them looking like proud fathers taking photos of their first born son. 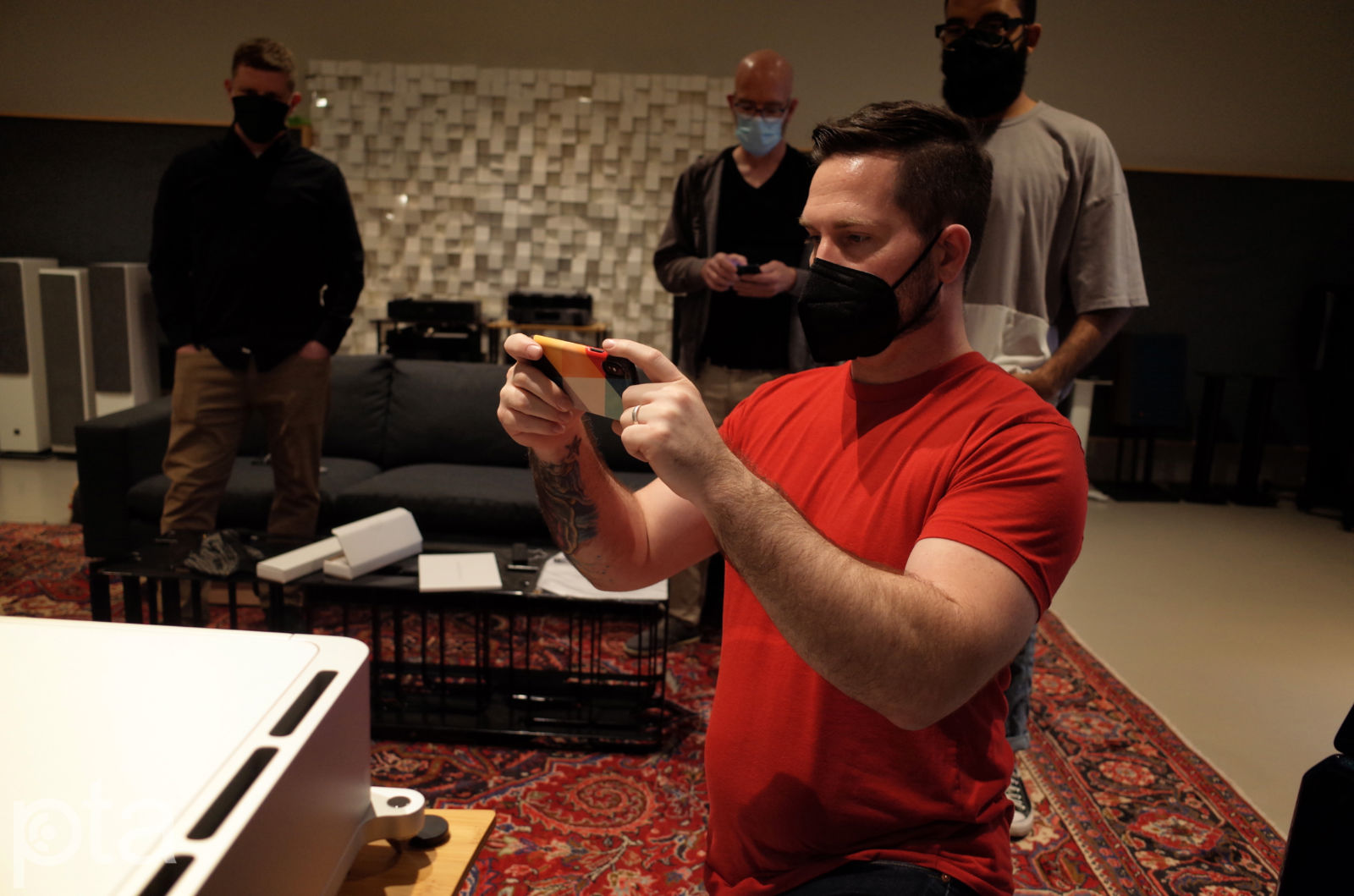 Being a father myself, I jumped right in snapping pictures; and I must admit—a few of us back in 2021 were skeptical as to whether or not the final production units would look as stunning as those early day renderings did. Shockingly enough, the production units do, and more.

Two years in the making, and the new ultra-sleekness, and ultra-high-end promises made by Vinnie Rossi and the Brama series were sitting on a rack right in front of me. With dials that would tickle the fancy of any horologist, with sculpted curves and cleverly designed heatsinks, the aesthetic bar for high-end in my opinion was now nudged just a bit farther beyond from its most recent high point. Complete with a hardcover book that catalogs the Brama series design, features, and functions. 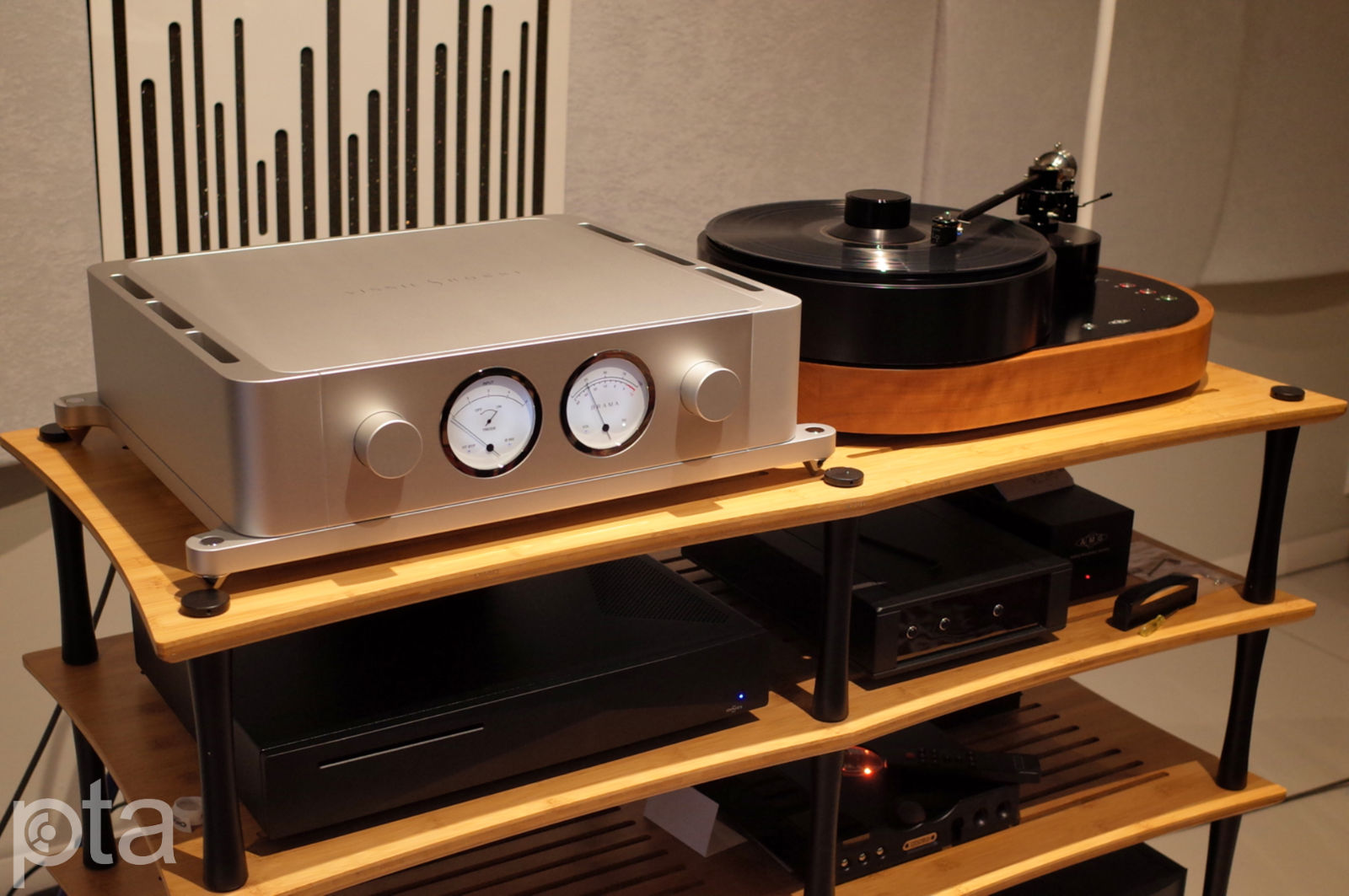 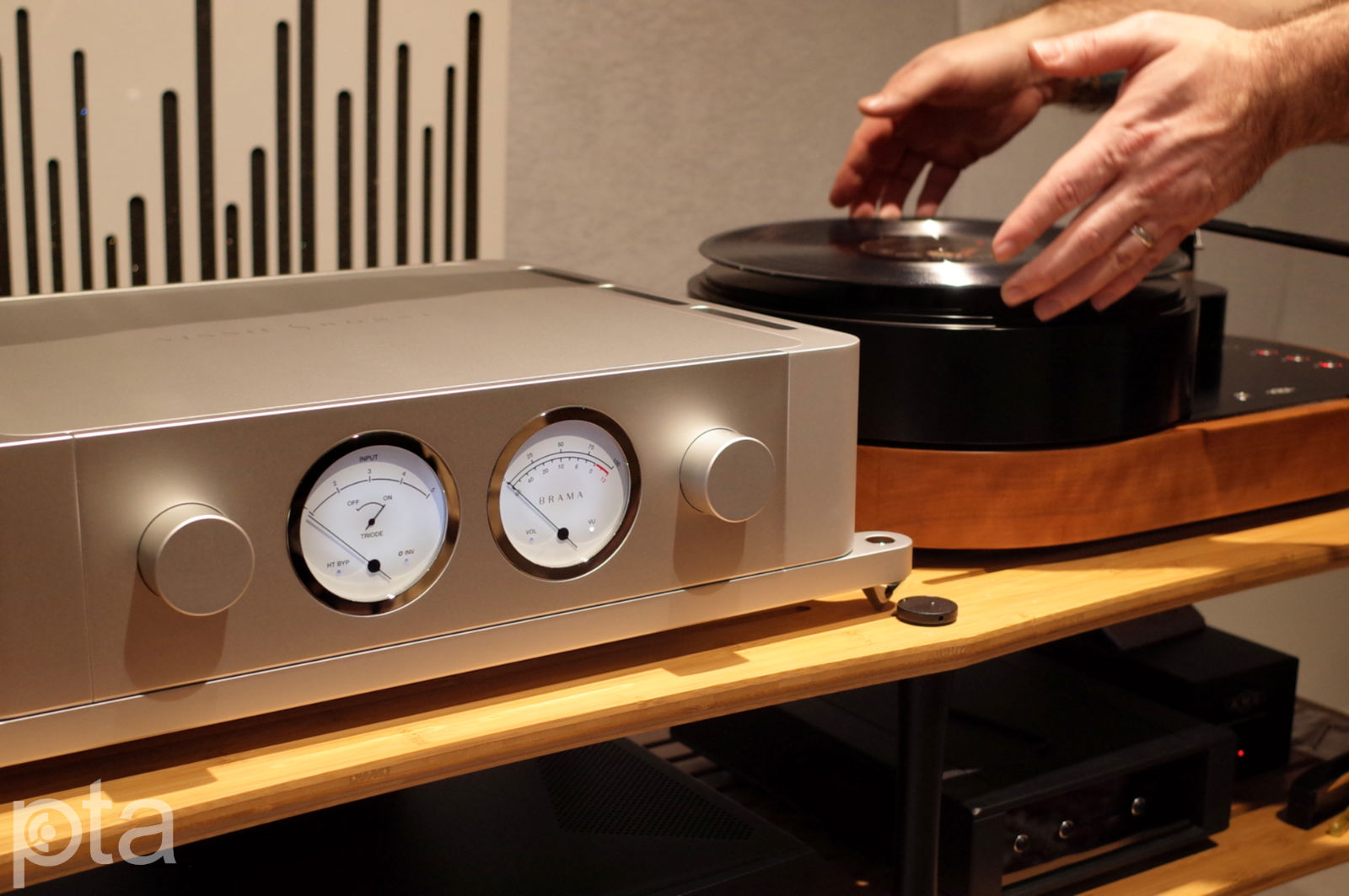 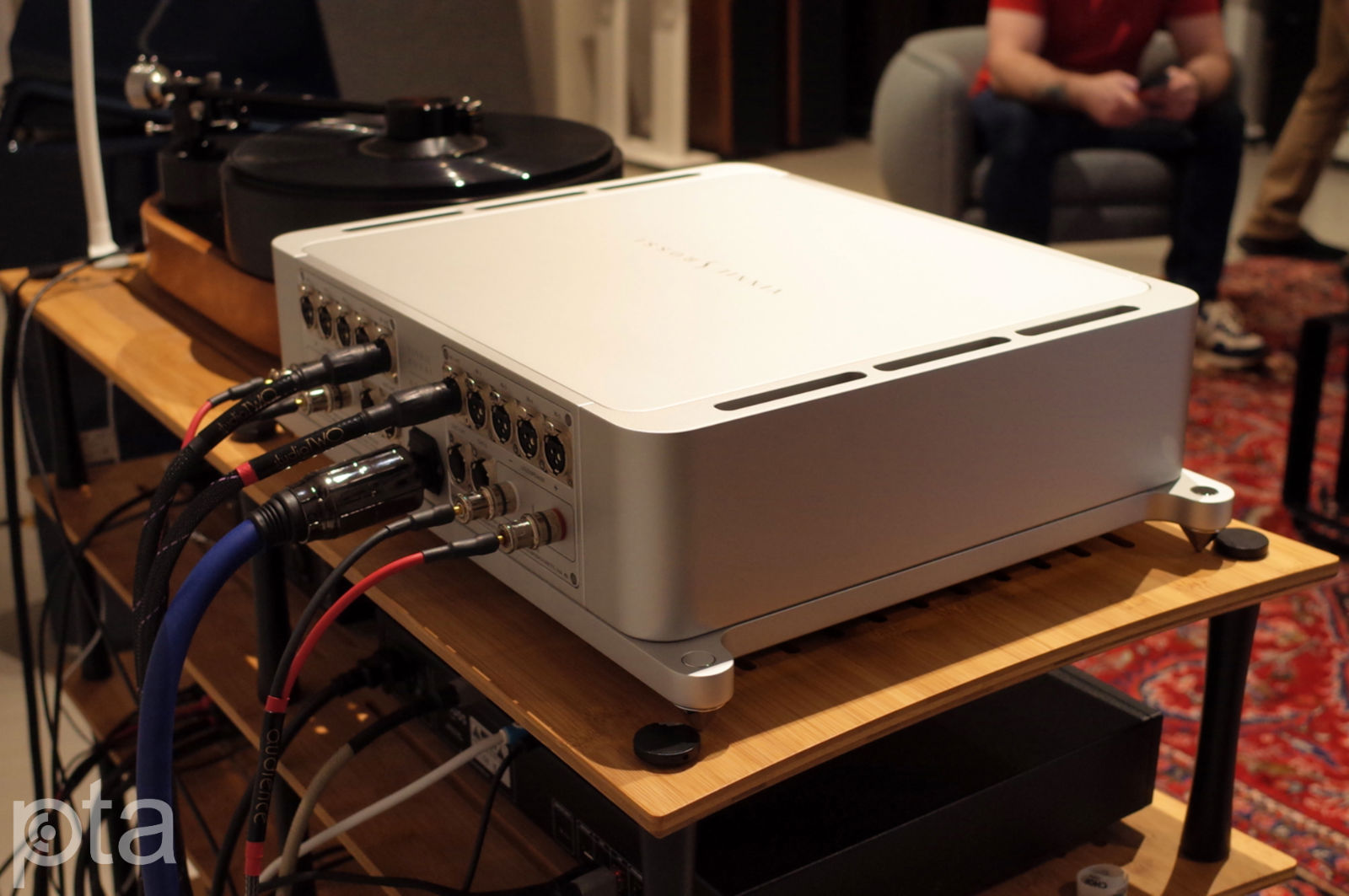 The Brama remote itself is feature packed with diagnostic tools, fine tuning adjustments not found on the integrated’s front fascia, and displays information that goes well beyond the normal volume and input. The remote is rechargeable, upgradable, and intelligently connected to the unit it controls. It’s wicked smart.

Rossi teamed with Montreal-based industrial designer Olivier Raymond (Porsche Design, Mercedes-Benz) to achieve the look of the new Brama series, and the remote was no exception or afterthought. It offers an intuitive menu structure, high resolution display with adjustable backlighting, Bluetooth communication, ambient light sensing, accelerometer, USB-C connectivity for battery charging and firmware updates, and features a body machined from a solid block of aluminum. It’s everything you never knew you wanted in a remote control. 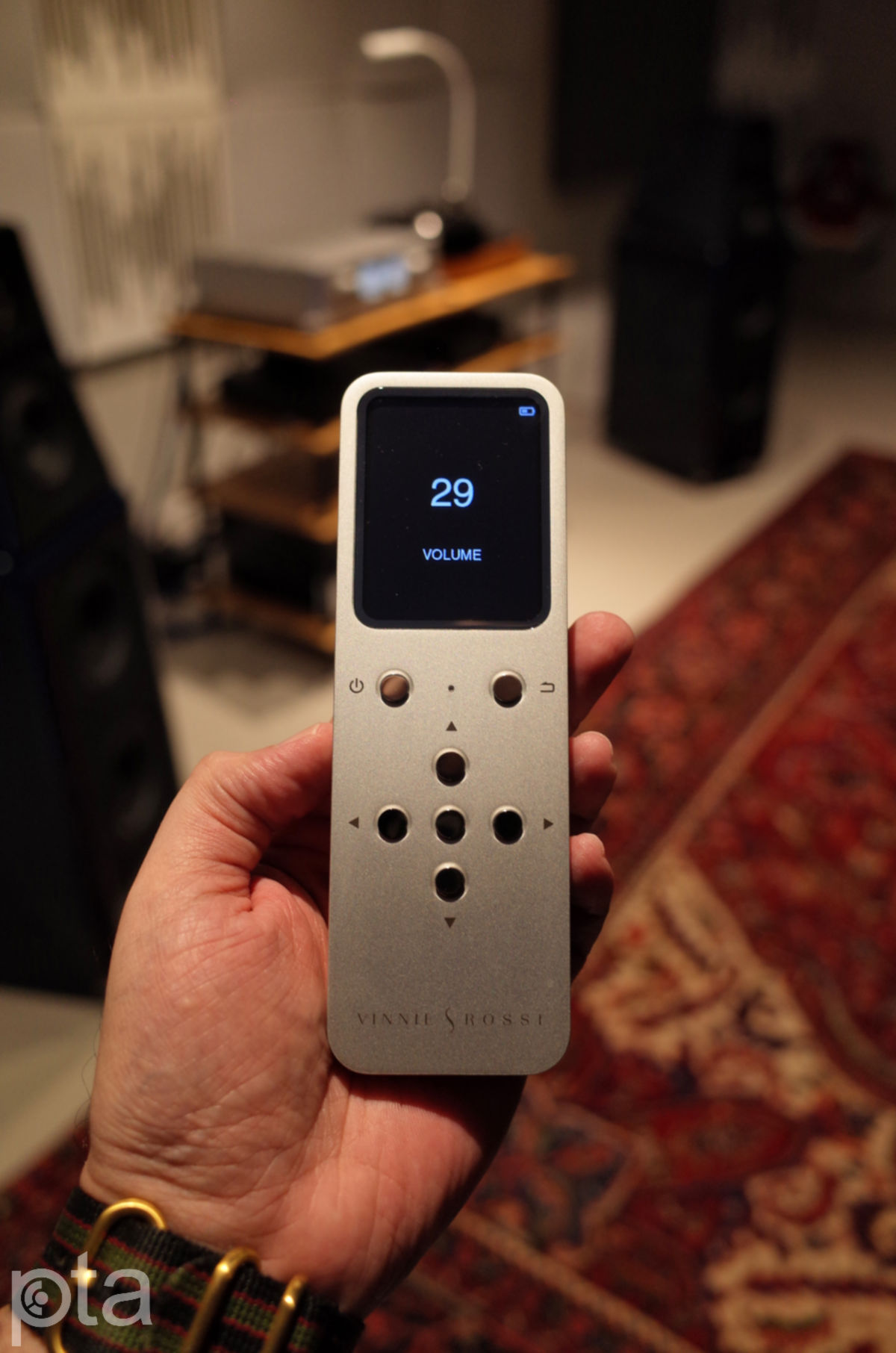 Jumping in with vinyl on the AMG V12 deck, and Wilson Audio Sasha DAW on the flanks, we were ready to party hard, and the gear did show up strong. For a first listen, we spent a solid two hours spinnin’ records, streaming off Qobuz, and playing with all the cool features.

The integrated hoisting a hefty 350 watts onto the speakers (at 4 Ohms), we never encountered a need for anything more as the volume level creeped up with each tune we chose. Power was not only not a problem, it was part of the solution.

Most intriguing was the 300B directly-heated triode and solid-state linestage section of the preamp, that was adjustable on-the-fly. We played around with that one for quite a while, and in as little (or much) time as we had that afternoon, a clear winner was not found. A testament Vinnie Rossi for being able to deliver something so delicious at both ends.

We look forward any and all reviews of the new Brama series, and word around the campfire is that Marc Phillips will have one coming soon. 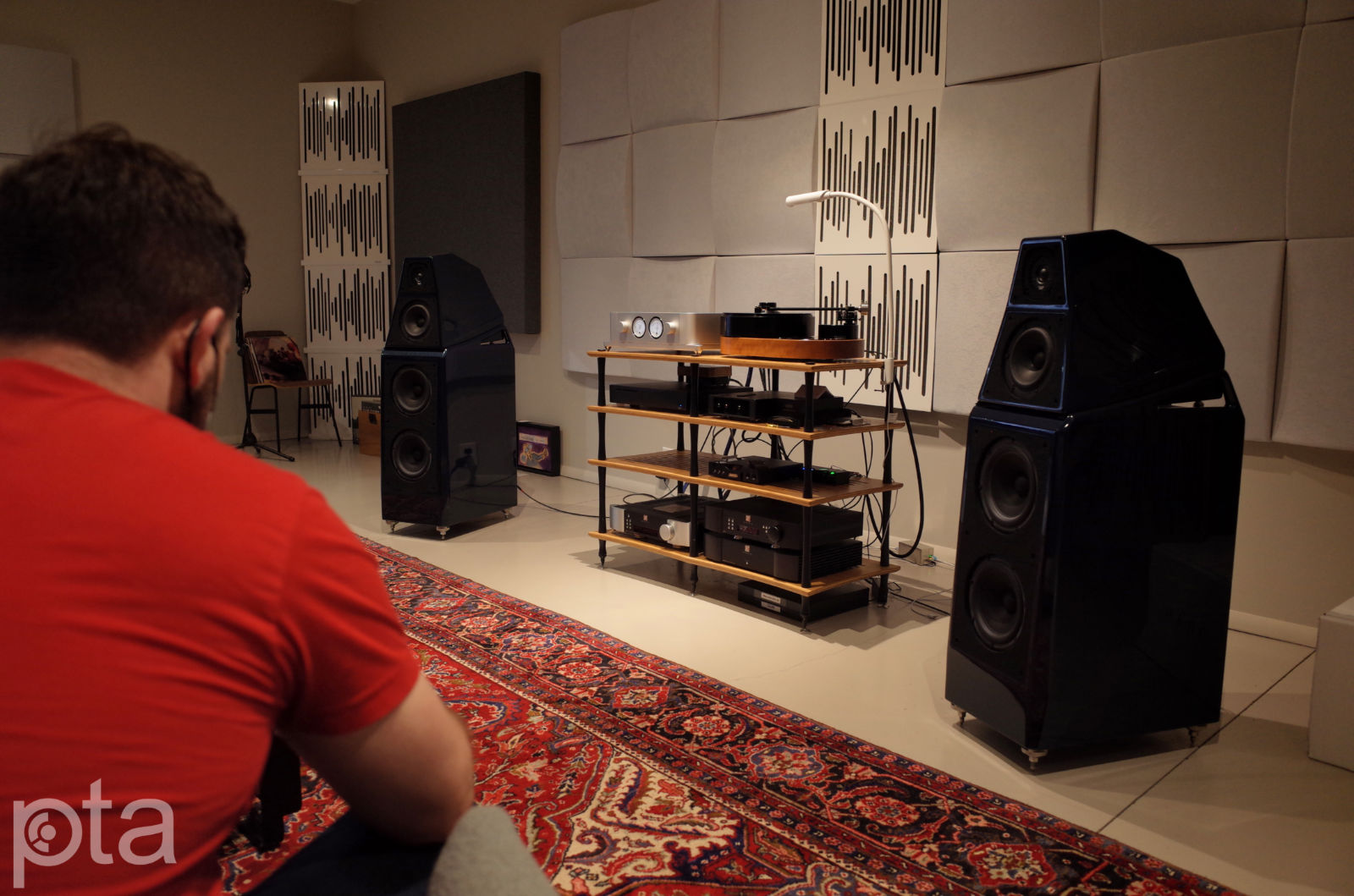 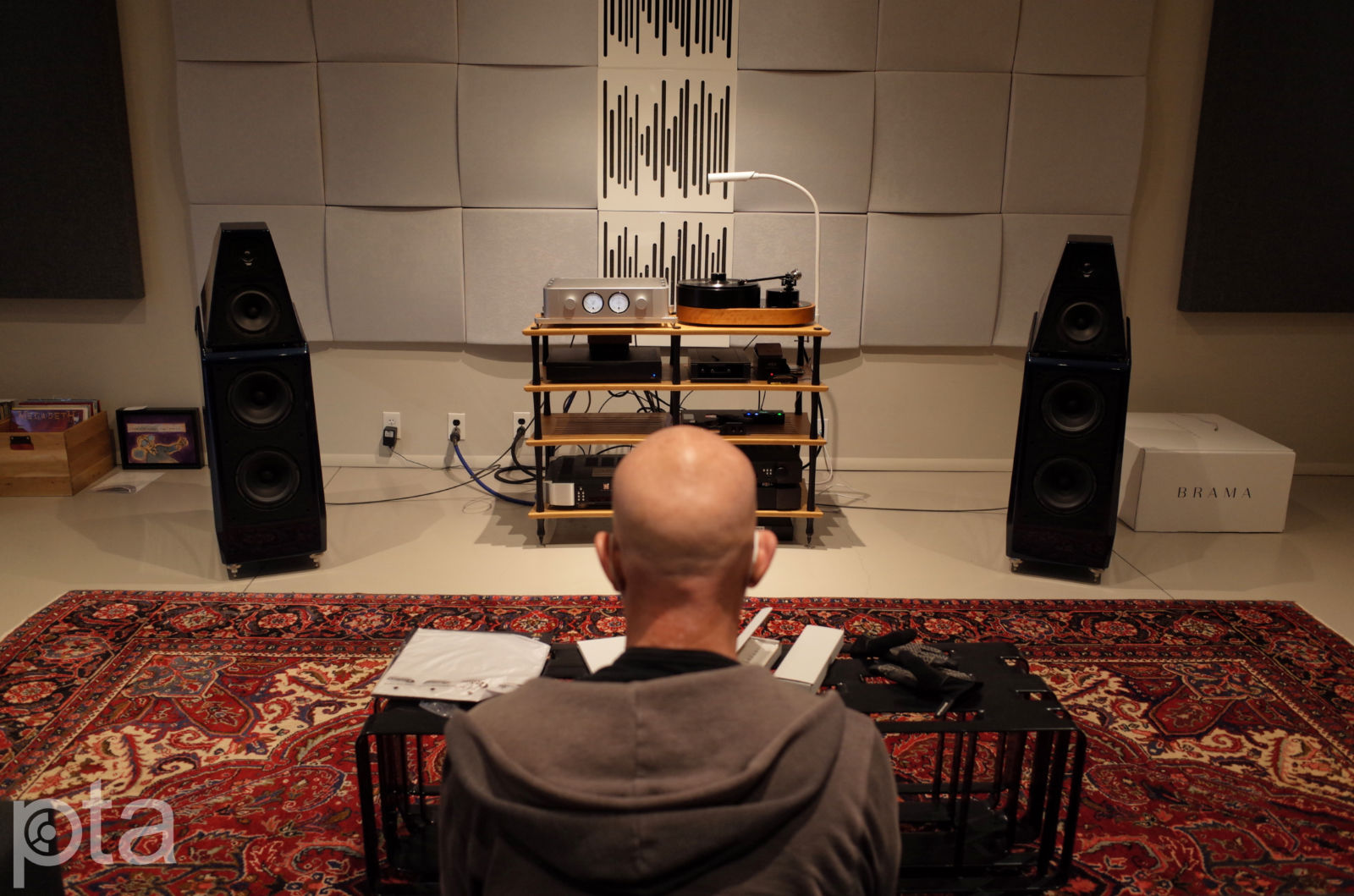 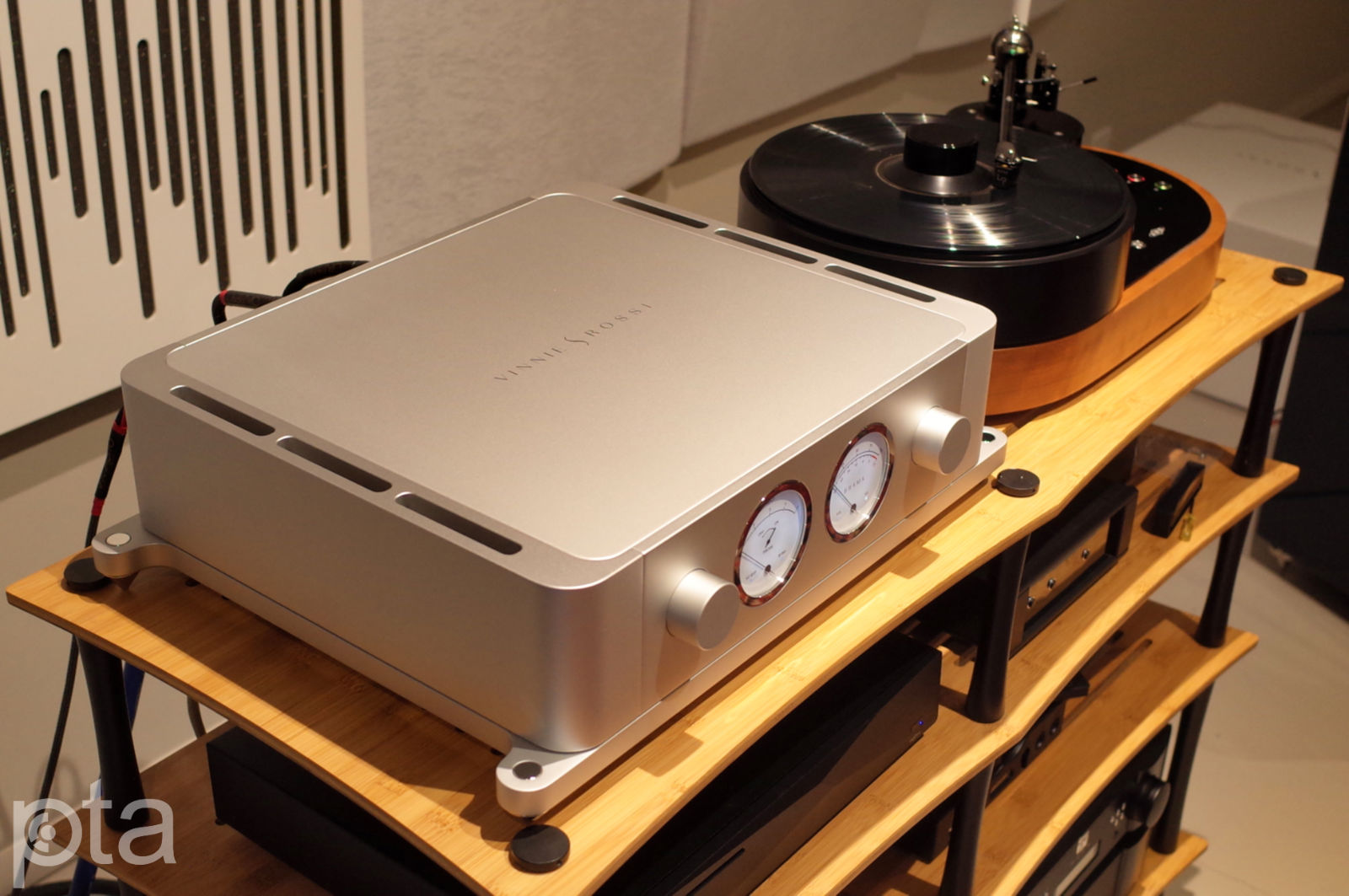 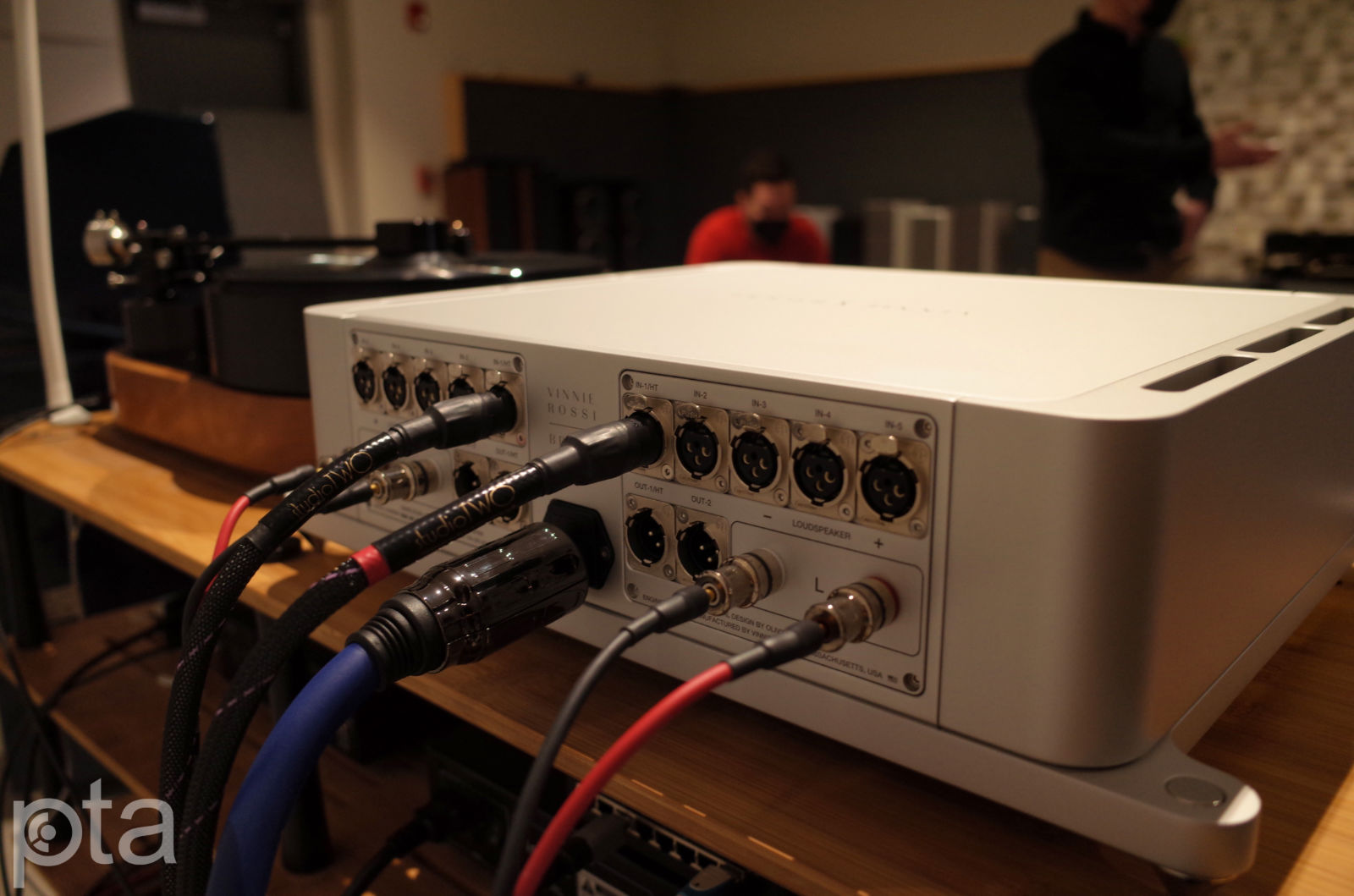 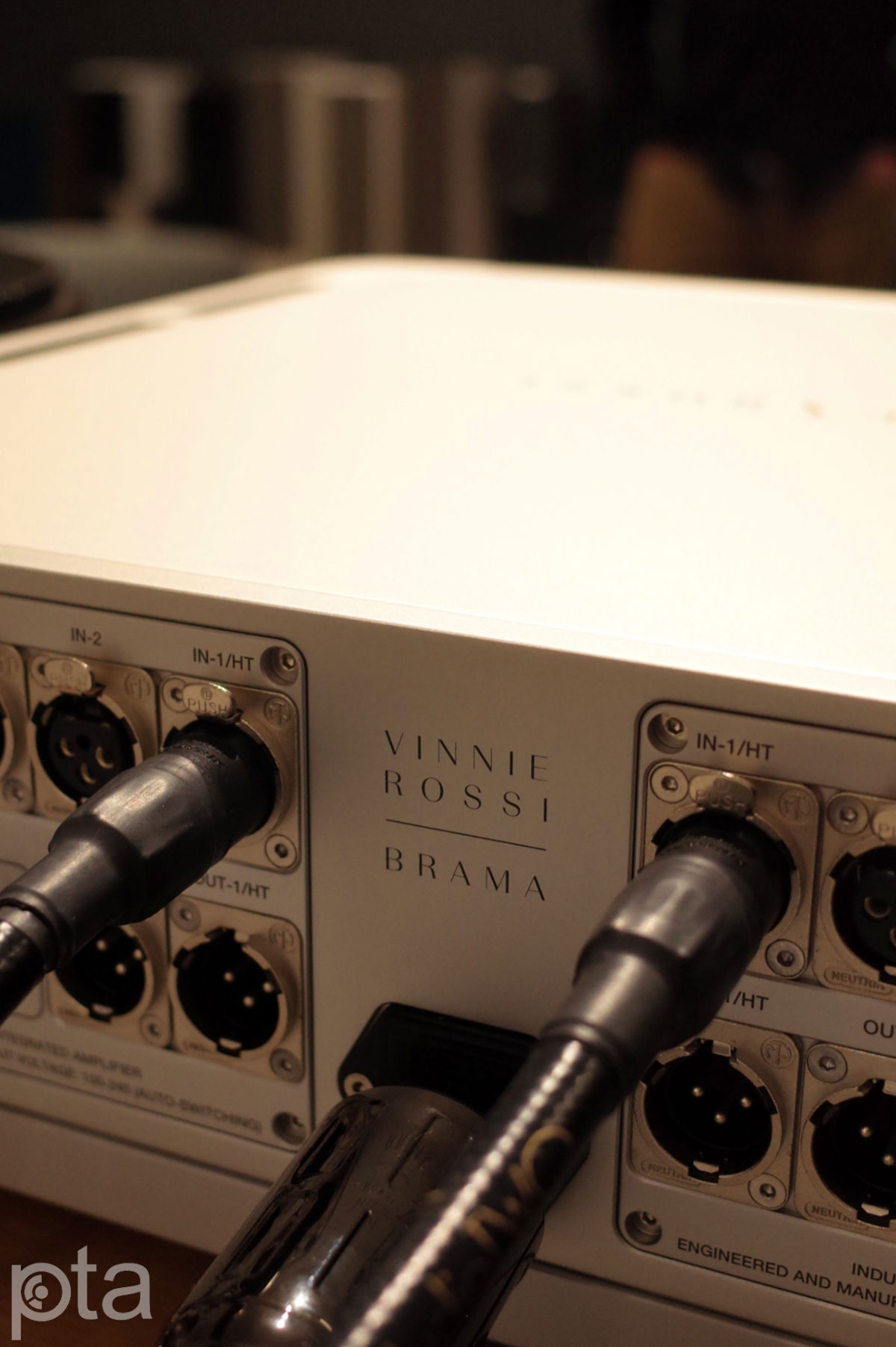 The Car of Life can go awfully fast, and I often find myself blinking and missing another precious turnoff, and subsequently, another moment to spend time with those who matter to me. Those turnoffs on the […]

It’s fun to dream about owning a time machine such as the Wilson Audio WAMM Master Chronosonic or Chonosonic XVX loudspeakers, but the reality is that their DNA is readily available through the entire Wilson […]

Hi-Fi reviewers like reviewing products that sound good to them. I’m no exception. If I can’t hear a component before actually getting it, I’m always a bit leery. So it was a welcome and pleasant […]