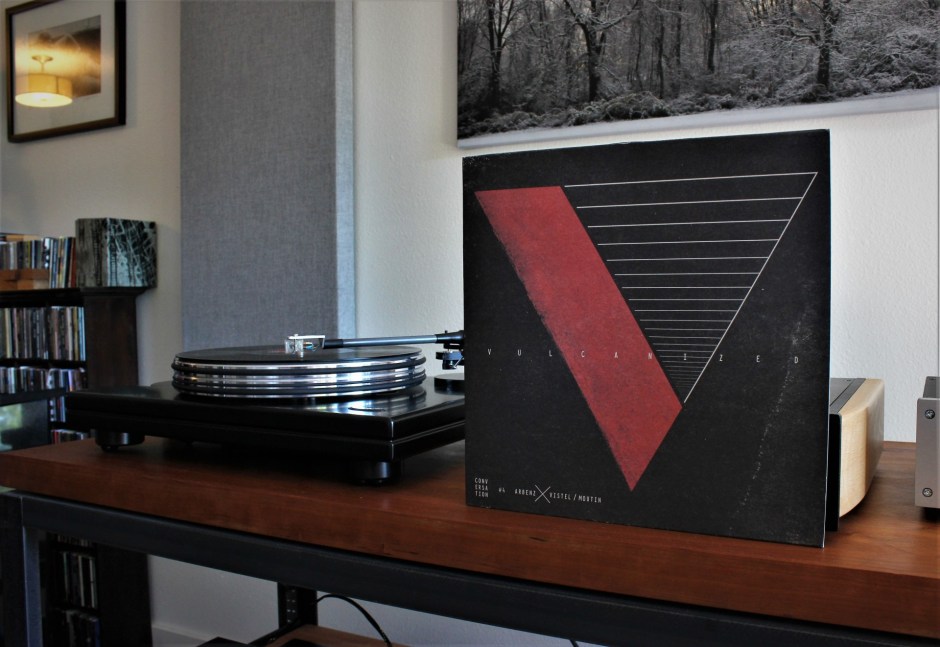 It’s been a few months since I’ve heard from my friends in the Swiss jazz world, so I was quite pleased to receive the latest LP from drummer Florian Arbenz. The last time I reviewed one of his album, it was Conversation #1–this one is entitled Vulcanized, officially Conversation #4, which makes me wonder if the second and third conversation are still floating aimlessly through the beleaguered North American postal system. I’m constantly getting emails from around the world asking me how I liked a certain LP that was sent to me, and I look around and it’s nowhere to be found.

With Vulcanized, the “conversation” is between Arbenz and bassist Francois Moutin and sax player Maikel Vistel. As with all the other Florian Arbenz albums I’ve heard, I naturally gravitate toward the frenetic activity of this fantastic drummer. In contemporary jazz there are plenty of talented drummers, but Arbenz always seems to make more of an effort to do something new, different, and additional. By the last word, I mean that Arbenz is incredibly agile on his kit, exploring the nooks and crannies around the drum heads and cymbals, and finding an array of sounds that never feel noisy or chaotic. He’s a fast and complex drummer and there’s much to think about, but it always sounds like music.

Vulcanized features a mix of standards–Monk, Zawinul and Bill Evans–with a handful of originals from Moutin and Vistel. The mood here is varied–just because there’s a lot of energy doesn’t mean this album will exhaust you or scatter your brain. This trio knows how to play a ballad without giving in to sentiment, and when it’s time to swing it sounds almost like a cleansing–as my grandmother used to say, “let’s go for a drive and blow the stink off us.” 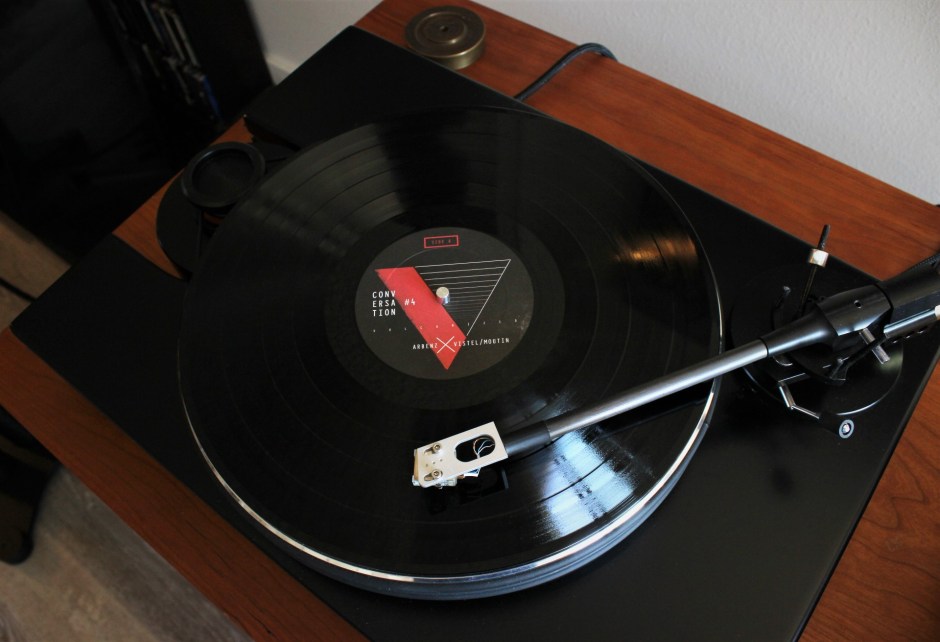 Florian Arbenz has been conducting his series of conversations from his own Hammerstudio in Basel, Switzerland. Moutin, who is French, has a long history playing with Arbenz. Vistel, who is Cuban, is performing with the drummer for the first time. The interesting part about Vulcanized is that it was originally arranged for a quartet, but Vistel’s brother, trumpeter Jorge Vistel, came down with Covid and had to bow out despite composing one of the songs, “Closer.” That meant a shuffling of the arrangements, of course, but I can get just as excited about a trio when the performances are, well, this exciting.

As far as the “conversations” go, Florian Arbenz has planned out twelve of these jazz albums, each with a different supporting cast. Vulcanized is an exercise in pure jazz inspiration, wild at times but always thoughtful, and the synergy between the trio is stunning and concise. But if you’re a fan of jazz drumming, you need to explore Florian Arbenz’s catalog as soon as possible. He’s the real deal.

It took me over two years to get the Nola Champ S3 loudspeakers in for review. I’ve been making sideways comments over the last few months about the state of international and domestic shipping of […]

This is twice in one week that I’ve reviewed an album that focuses on the idea of the bassist as leader in jazz. With the David Finck album, he was simply an extraordinary bassist who […]