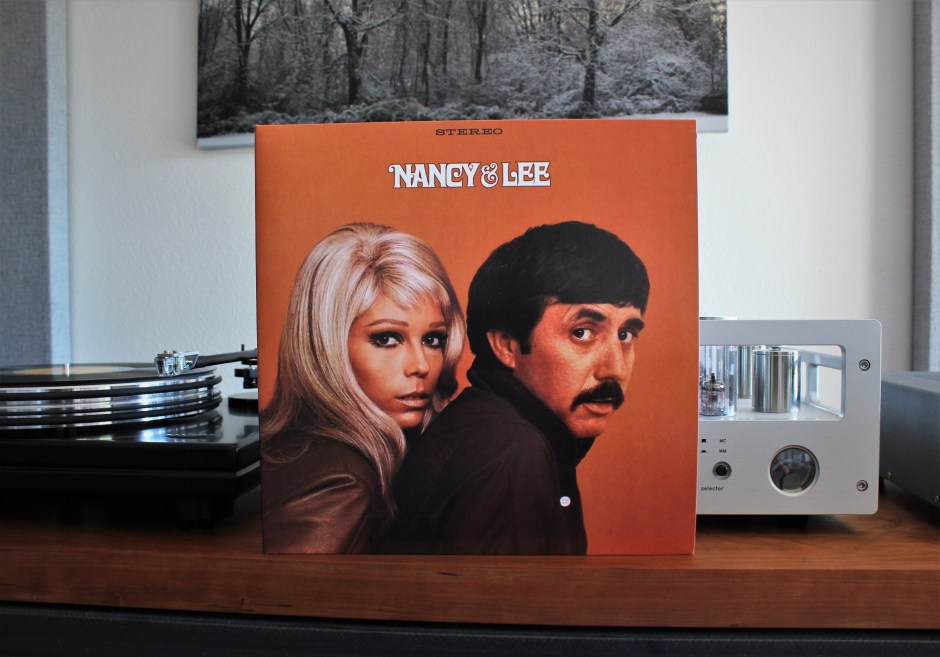 Does it surprise you to know that I’ve been anticipating the release of Nancy & Lee, an LP reissue of Nancy Sinatra and Lee Hazlewood’s duet album from 1968? Even I’m surprised by this a little, but it all traces back to Light in the Attic Records, one of my favorite reissue labels. A few years ago I received a CD copy of Cruisin’ for Surf Bunnies from Lee Hazlewood’s Woodchucks, another LITA reissue, and it really put a spell on me.

That album was culled from long lost tapes from the mid-60’s, back when Lee Hazlewood was looking for a sound, anything that could catch fire. He assembled a band and started grinding out two-minute surf instrumentals, basic and simple riffs and arrangements, and that triggered something deep inside my brain, images and sounds from my own childhood back in Southern California. I knew this sound. It was everywhere when I was a kid. I could see it all clearly while listening to these goofy little surf songs drenched in reverb.

Nancy & Lee casts a similar spell. These are not the timeless hits that we all know and love, but rather a remarkable capturing of a sound that no longer exists, where pop singers stood in front of a small orchestra in a studio and sang other’s songs. My dad would come home from work and turn on the Zenith stereo, complete with 8-track player, and he’d tune to the local “beautiful music” station and listen to music like Nancy & Lee, with one subtle difference. 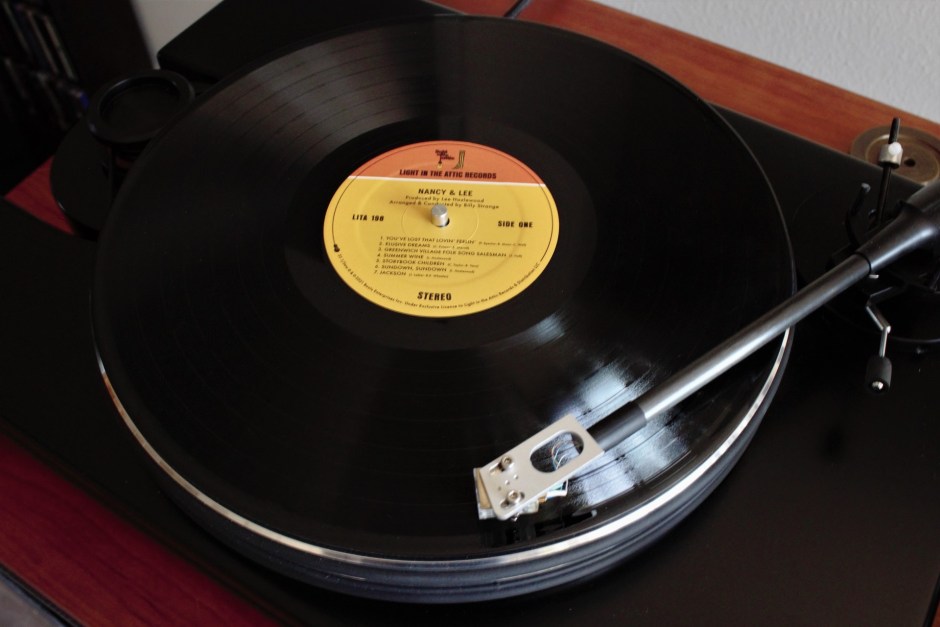 Let’s put it this way–Light in the Attic wouldn’t reissue Nancy & Lee if it didn’t have an underlying hipness and that trademark LITA story behind the music. The story, for better than worse, is that LITA loves Lee Hazlewood, along with his partnership with Nancy Sinatra, and they have released a huge chunk of their catalog since I heard Surf Bunnies. But Nancy & Lee is a somewhat odd album in tone, especially for a “sings their greatest hits” kind of album (which, of course, is different than an greatest hits album). That oddness makes it special.

First of all, Lee Hazlewood’s baritone is low. So low, in fact, that I thought I was listening at the wrong speed at first. That happens a lot to me these days–I’m finding it harder to determine whether albums are 33 or 45 because no one seems to print that on the labels anymore, or at least in a big enough font for these aging eyes. But man, he sings low and slow, and everything seems off-kilter until Nancy joins in.

I’m talking about the first cut on Nancy & Lee, “You’ve Lost That Lovin’ Feeling,” which is slower than I’ve heard before. But at least it’s a song I know. The rest of Nancy & Lee is composed of lesser known tunes, some written by Hazlewood, of course, but they all have that feel of a song I should know but don’t. It’s that “lost classic” feel that Light in the Attic excels at, that feeling that these songs would have been famous if they hadn’t been locked up in a vault for 45 years.

That’s why Nancy & Lee is such a gas, to borrow a phrase from my childhood. Like Surf Bunnies, this album takes you back to a rare and intangible past where you remember something long forgotten, even a fleeting emotion that has no words to describe it. They don’t make albums like this anymore, because we’re not the same people, but it was certainly nice to catch up with some old friends and talk about the way things used to be.

“These ‘uns are a little bit different,” Scot Hull told me in that almost impenetrable Northern Maryland drawl of his. It was almost a warning—he knew I loved the Linear Tube Audio Z10 integrated so […]

Take one look at the title of the new album from guitarist Alex Martin, and you’ll probably have a pretty good idea of what kind of music is contained within. Probably folk songs arranged through […]