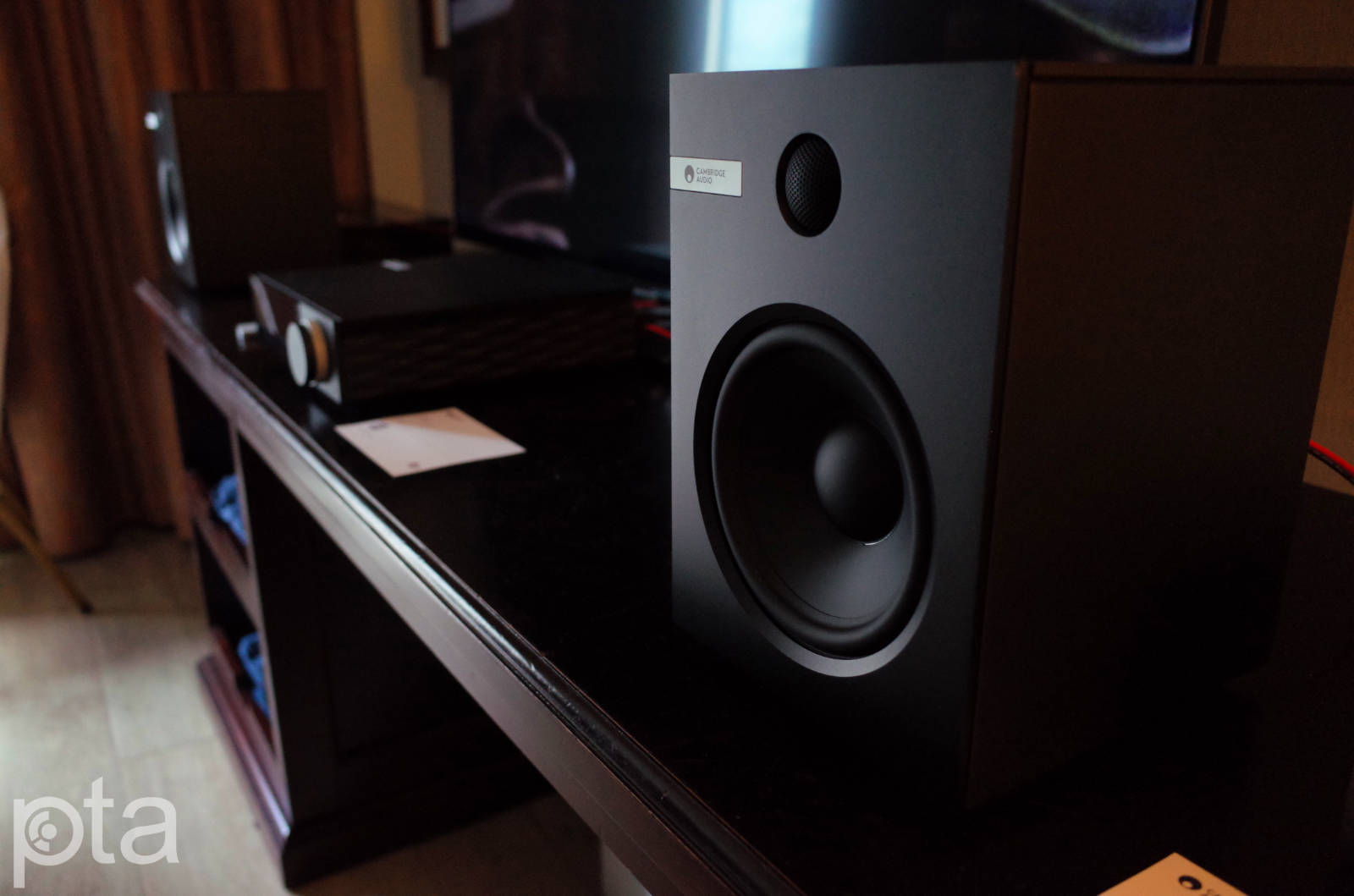 This Show Report is About Perspective

Jameson Mourafetis (Part-Time Audiophile Contributor) is known specifically as a Magico fanboy (so if you’re listening Magico, send him something and just wait by the mailbox for an award), and in general he’s a lover of ultra-fi more than hi-fi, and hi-fi way more than mid-fi. Everyone has their biases, and his tend to float high.

On day one of Audio Advice LIVE 2022 I entered the Cambridge Audio room to gaze upon components that I’ve seen photographs of, but experienced never in person. Alas, I was taken back by some of my own misperceptions and the forthcoming realities laid bare.

One of the first things that upended my expectations was how sexy the affordable EVO S bookshelf speakers are. At first I thought, those look like Magico, especially from how the surfaces mimic that bolted-slab-of-aluminum look. And how they stand proud of the surface they are on by way of an integrated stand-off base.

I knew I’d return with Jameson at some point, and with the help of the Cambridge Audio staff on hand, spin some yarn at his expense.

“Oh yeah Jameson, check out these speakers: all aluminum chassis and bracing, 61 lbs each, all carbon nano-tec drivers, with A.I. controlled crossovers and a team of nanobots that monitor incoming signals and direct them to the appropriate driver coils, along with free turndown service for five years.”

I had him going for about two minutes, maybe three. 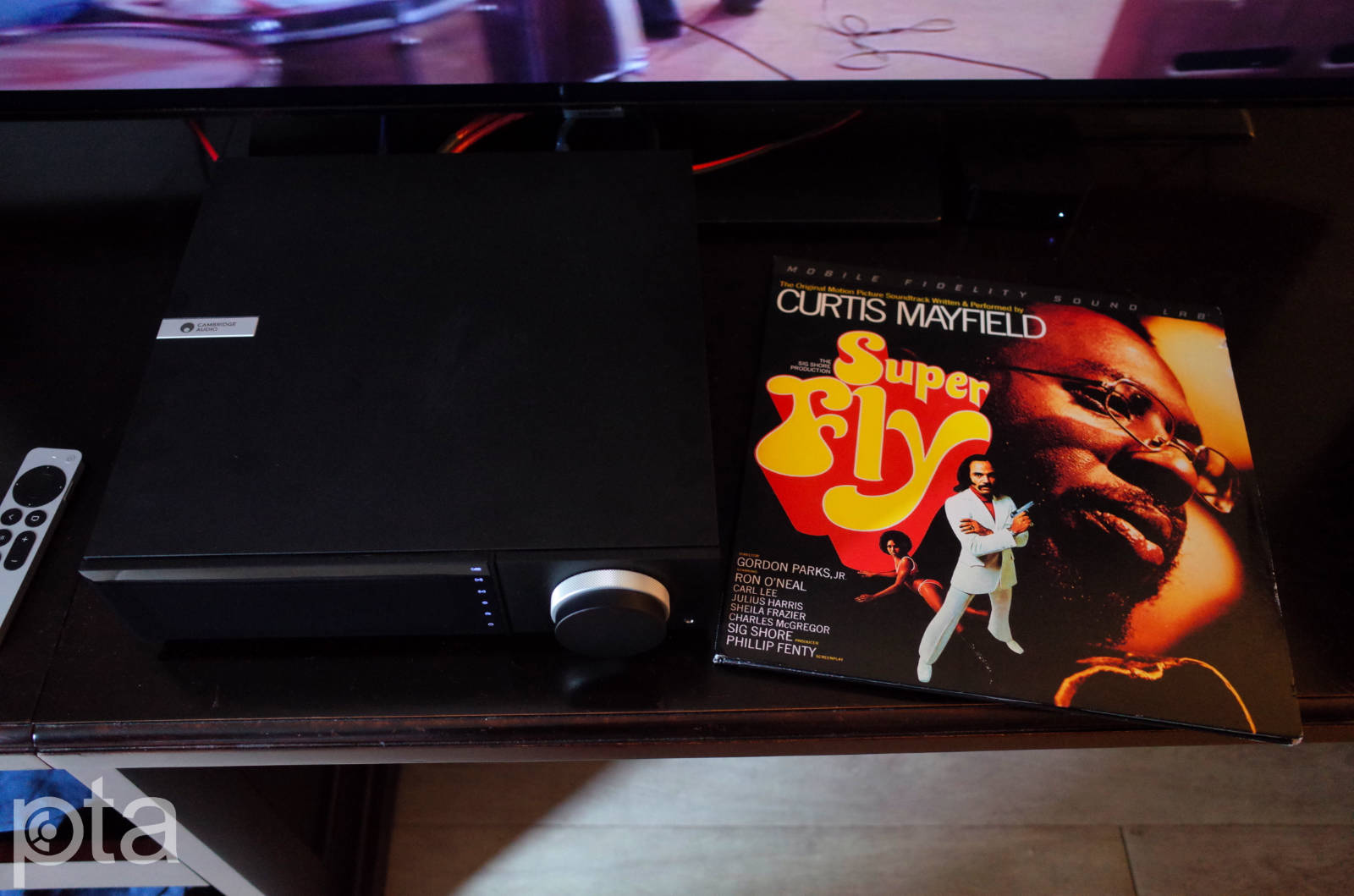 Second thing of note, scale — and not in the sonic sense, I’ll get to that later, but physical scale — if you thought the EVO Series was a much smaller range of devices please raise your hand. For comparison in the photograph above, that’s a 12-inch copy of Curtis Mayfield’s soundtrack album Super Fly.

Just as windshield sizes can warp your perception of an LM Race Cars actual size, the same can be said about volume knobs. My original mental conception of the EVO series was that it was at least half the size of what it really is. Now that I know it’s bigger in person, how do I feel about it? Well — it must be better too right? 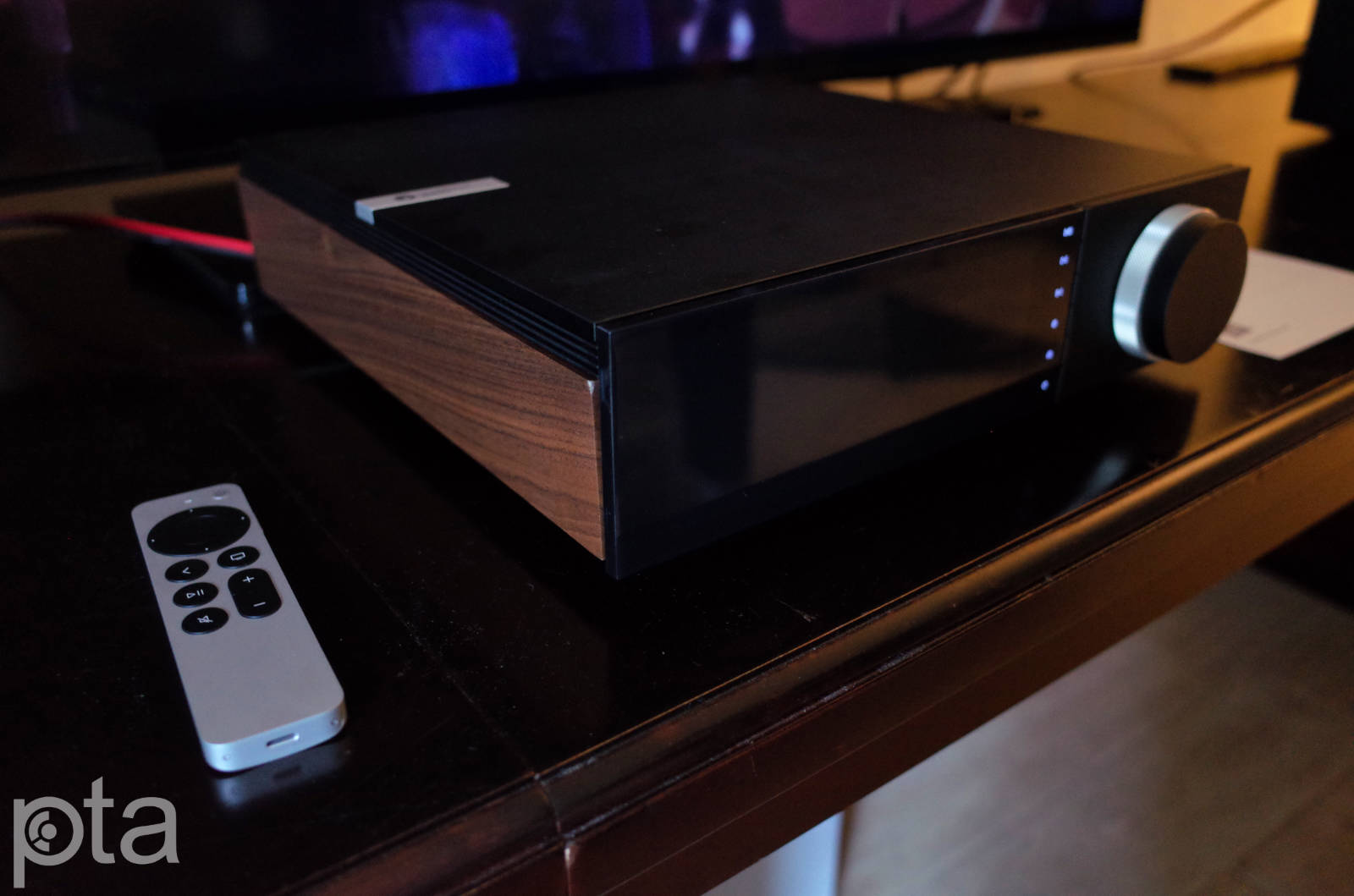 If you’ve followed the EVO Series of one-box-solutions, you know they come with real wood, and sculpted aluminum side panels that are bonded magnetically to the side of the components chassis. A nicely done premium touch if you asked me. 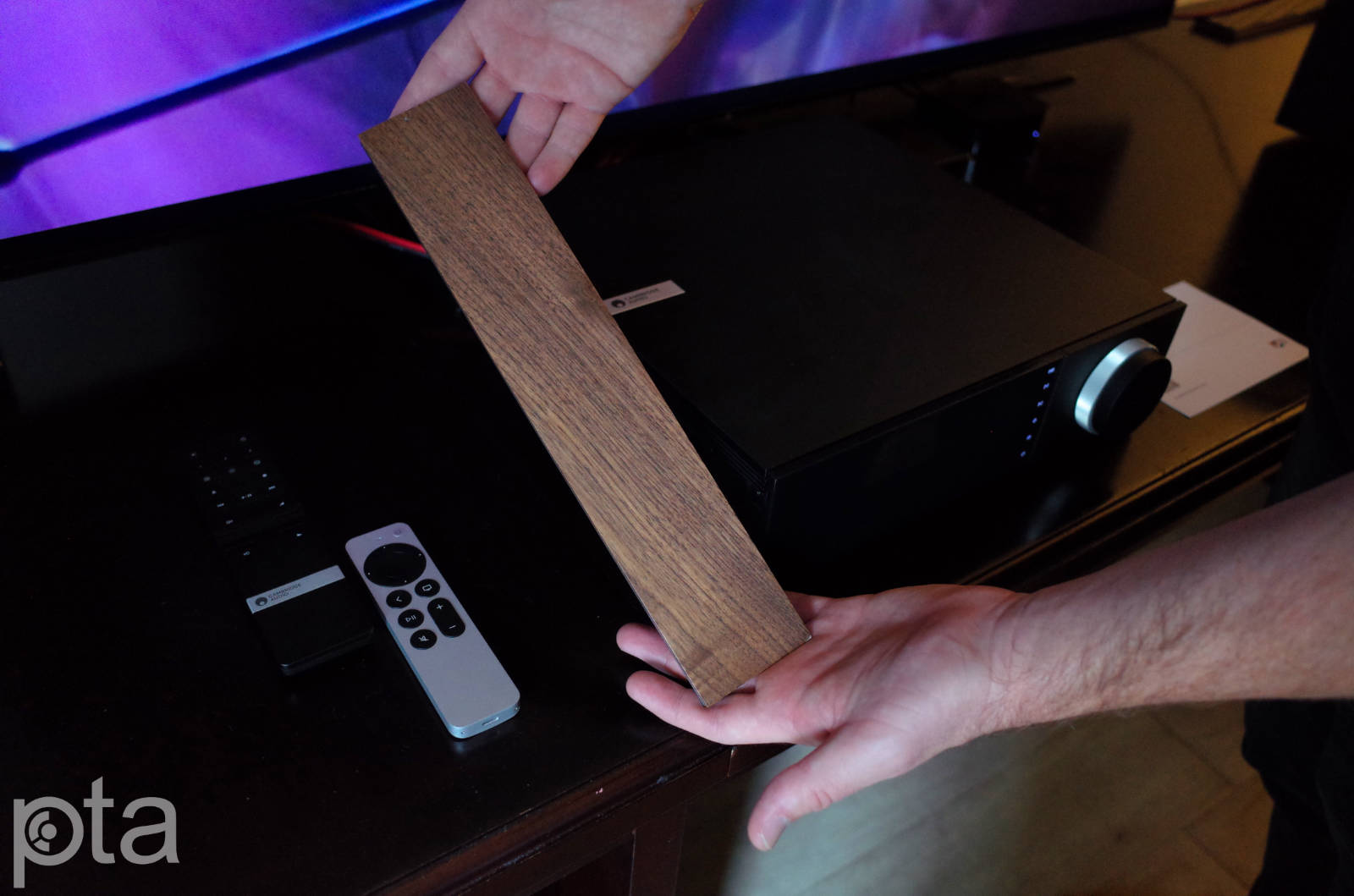 Show Coverage Powered by Our Friends at EMBER Audio + Design 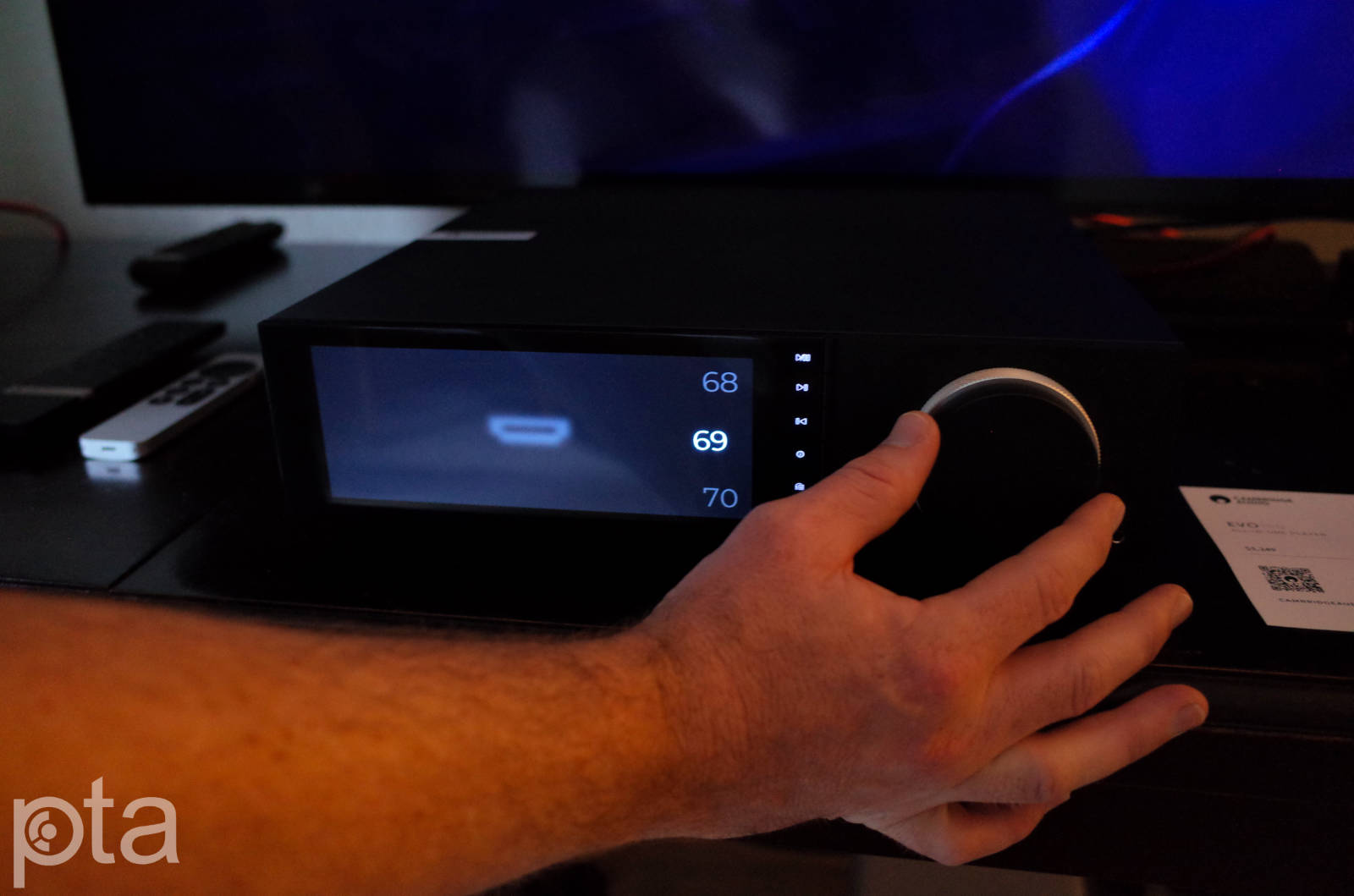 Seriously, that’s one fat knob. And quite pleasing to the touch. Smooth on the ups and downs, while the knurled bezel delivers a tactile clicking sound as one rotates its base. Each of us were having a go at it, and Jameson felt that the knob was not only a premium touch in the way one interfaces with it, but that the on screen information showed zero lag when making adjustments, saying plenty about the EVO 150’s processing power. 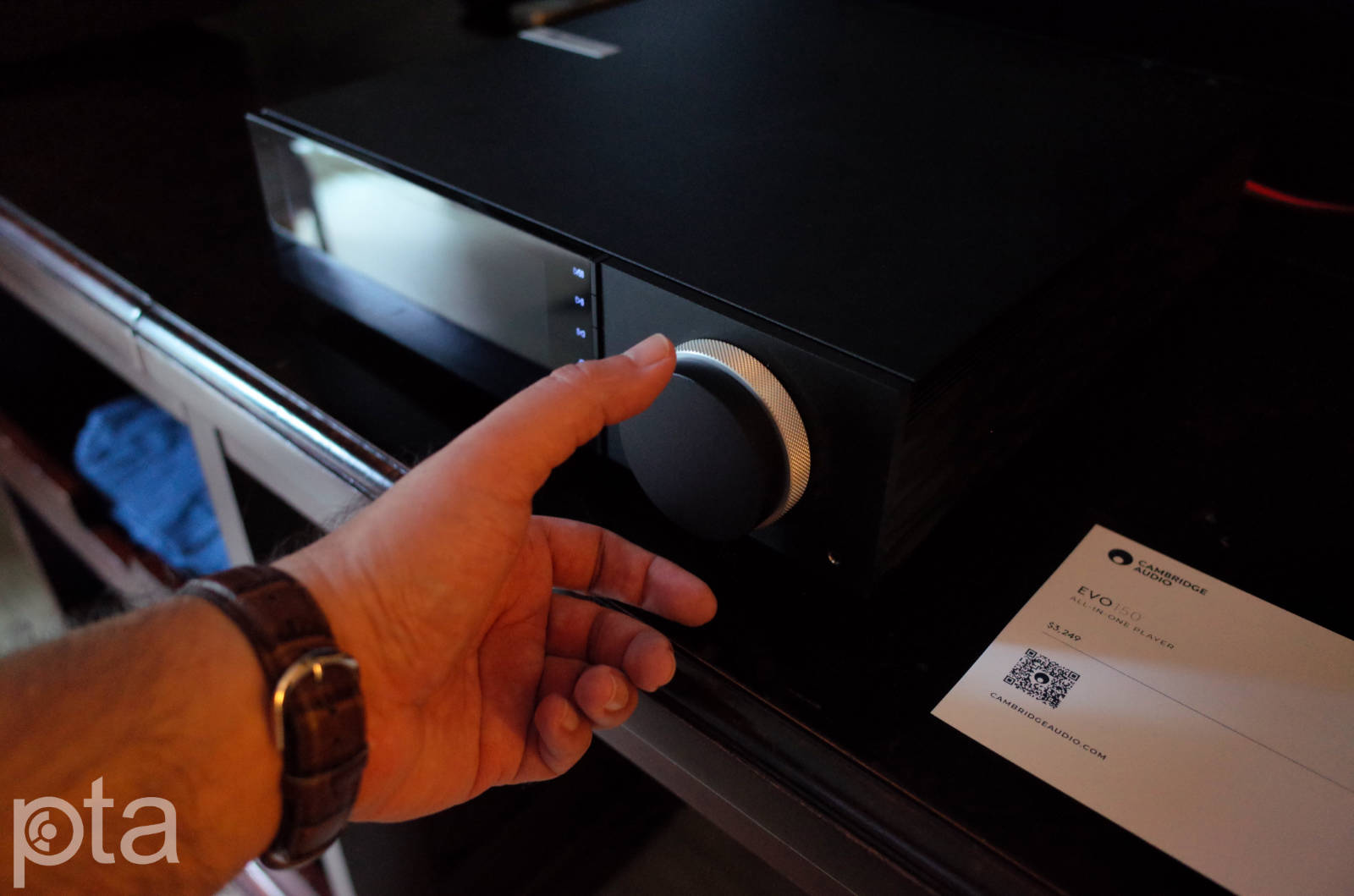 Quite good actually. Yes, both Jameson and I are more accustomed to $60K speakers and components than we are systems under $6K.

But this show report is about perspective right?

For the asking price of these two components, EVO 150 and EVO S loudspeakers, I’d beg to argue two points: the EVO 150 sounds much more refined than I expected, and the EVO S for ~$800 a pair USD are speakers that know how to scale up with power. They look smart, sound smart, and play well with brawn. 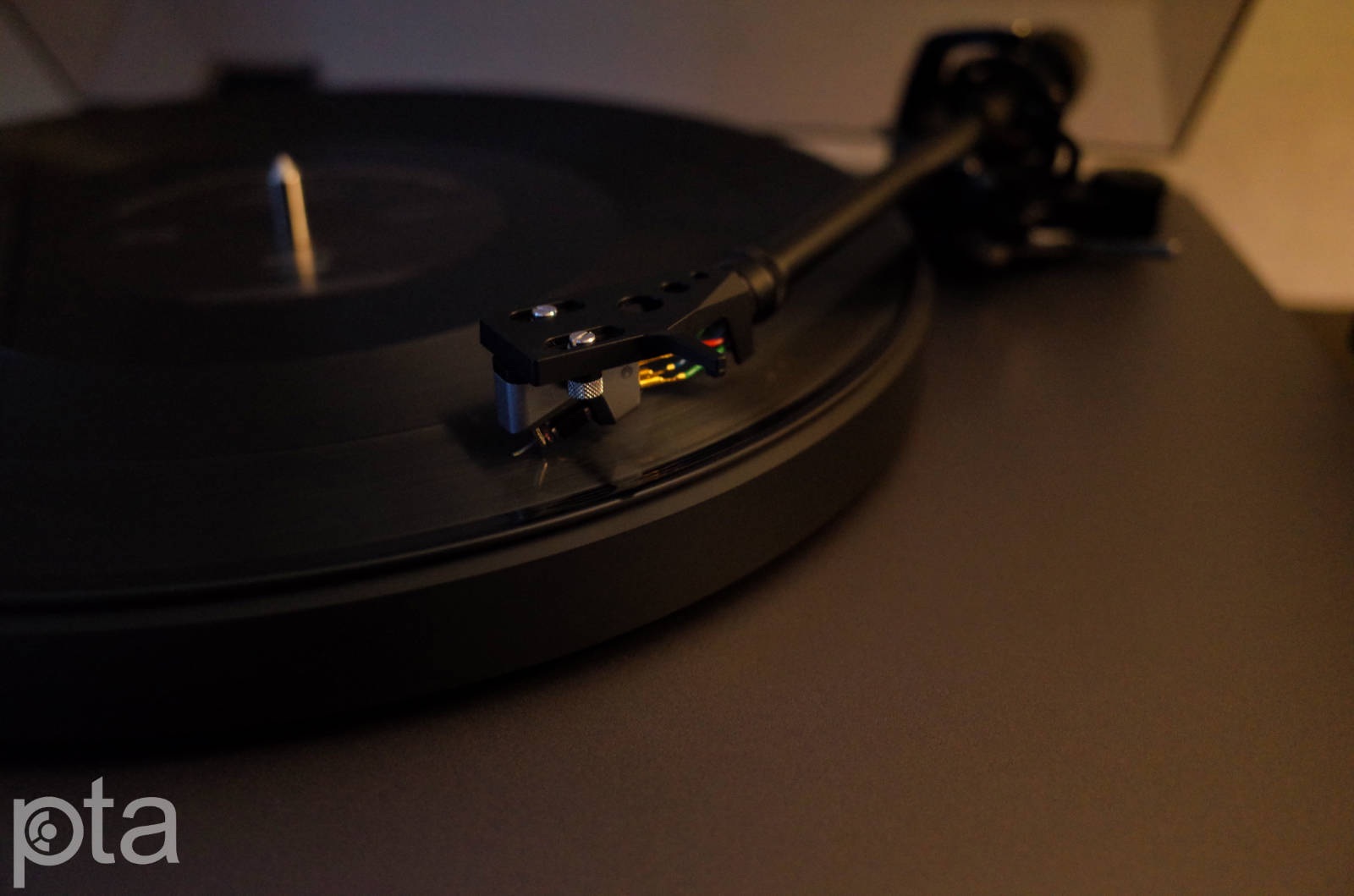 New components were on static display from the aforementioned series’ of components.

The Alva TT 2 being the star of the static-show as it’s a direct drive turntable with more features that I’ve seen on a turntable at almost any price.

Check out the rest at the link HERE. 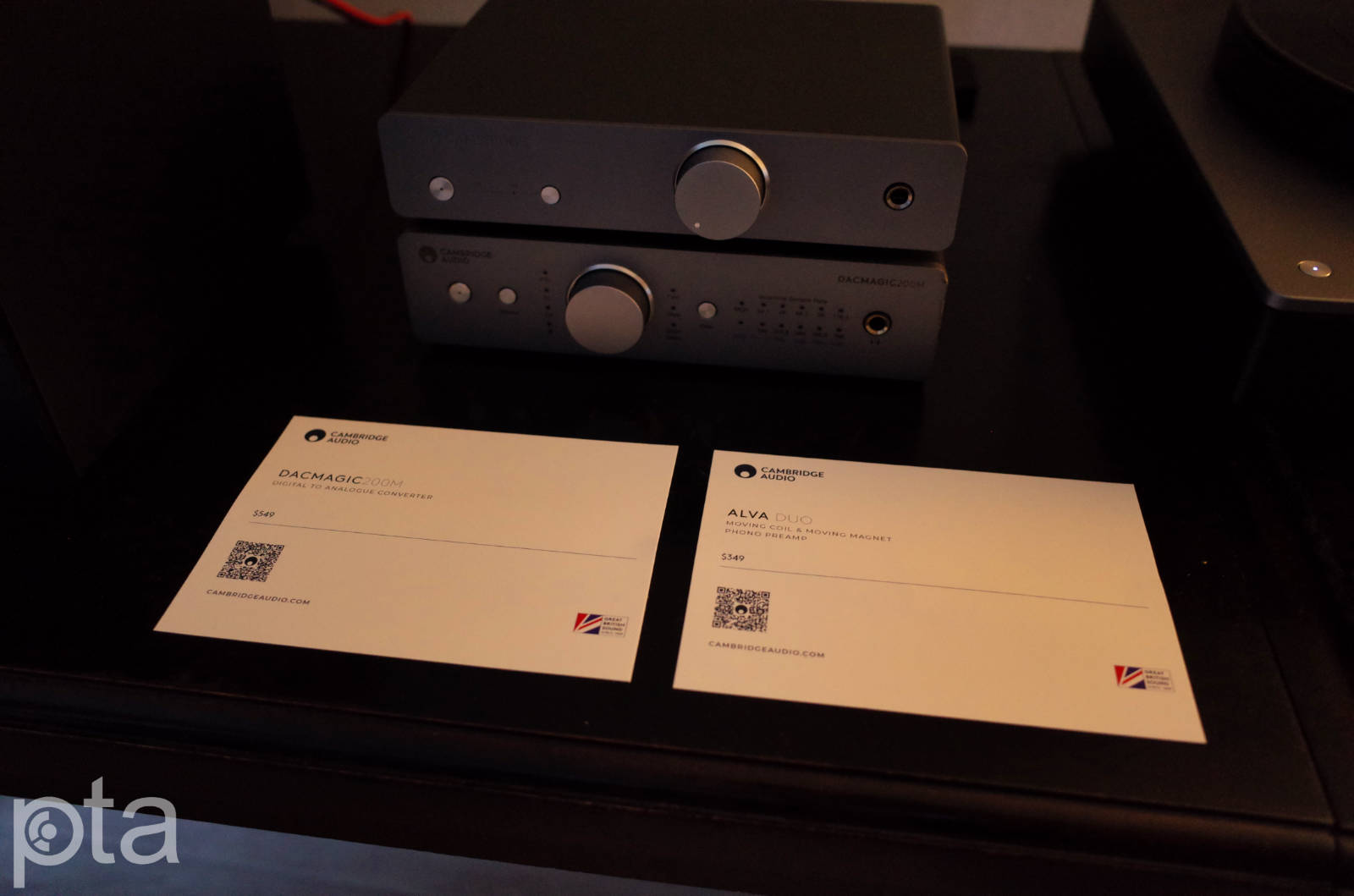 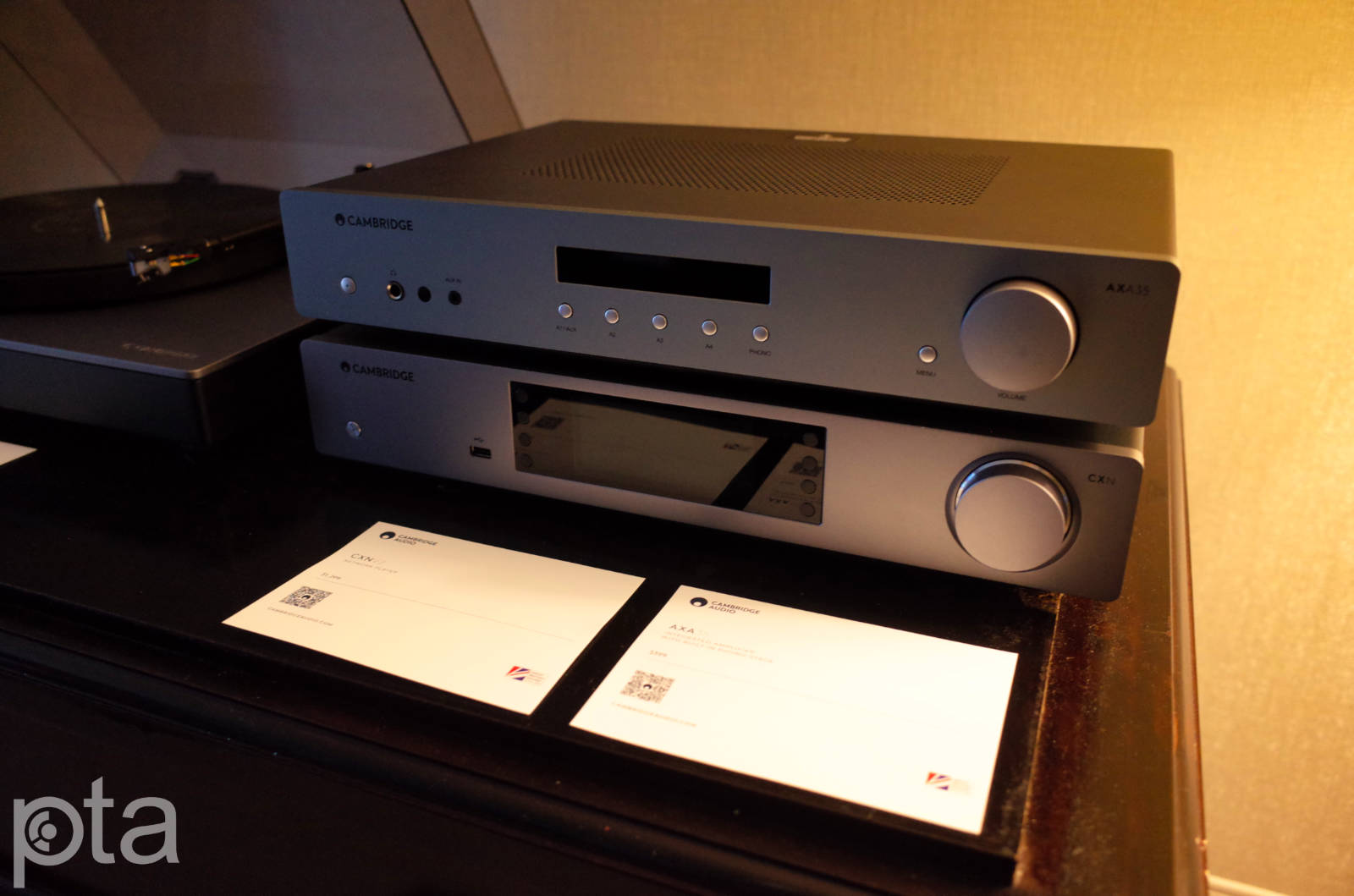 Show Coverage Powered by Our Friends at EMBER Audio + Design

Stalwart British high-fidelity manufacturer Cambridge Audio has launched a new flagship line of components under the Edge series moniker to help celebrate the company’s 50th anniversary. I’ve only had a few brief flings in a […]

There always are a number of mini-trends going on at any one time in the high-end. Lately, some of those have includes tape decks, vibration-control devices and integrated amps. Among speaker manufacturers, the open-baffle concept […]

Audio Advice Live 2022 is only one week away! Our coverage begins on Friday the 19th of next week and runs continuously until completed. From our most recent communication at Audio Advice, the entire Sheraton […]