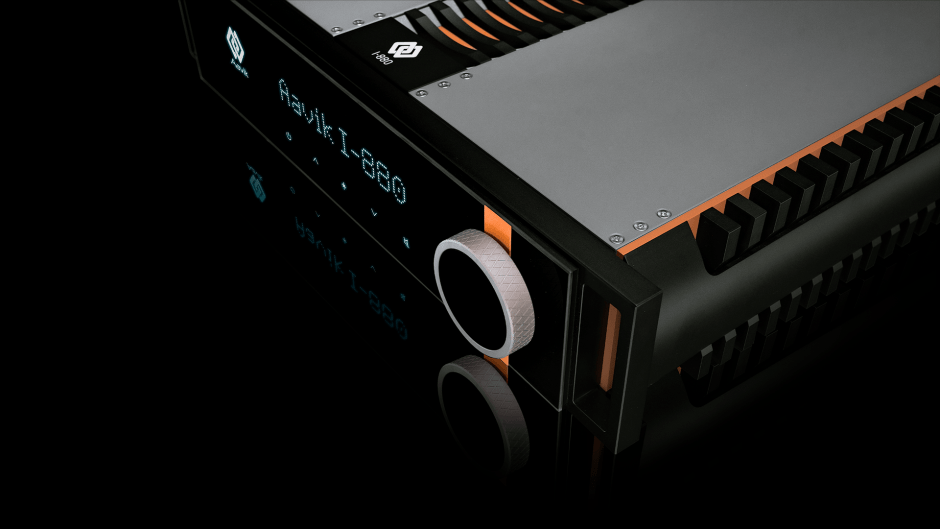 When I went to Denmark last August, I was able to see and hear the new Aavik 880 amplification line. The 880 line is different from the other the other Aavik lines in many ways–most notably, it uses “green” class A amplification instead of class D. Also, the Aavik 880 line uses a solid copper chassis, with a titanium layer, to lower the noise floor even further. (I could not lift the integrated by myself–it’s a beast. A gorgeous beast.)

These are expensive pieces–the 200wpc I-880 integrated, the 250 wpc P-880 power amplifier and the C-880 control amplifier all retail for $70,000 each–but this is obviously state-of the-art gear. As I mentioned, I spent plenty of seat time with the I-880 integrated and the top-of-the-line Børresen 05 Silver Supreme Edition loudspeakers ($214,500 pr) and I was highly impressed with the almost non-existent noise floor and the amazing amount of detail from the Aavik 880 gear. 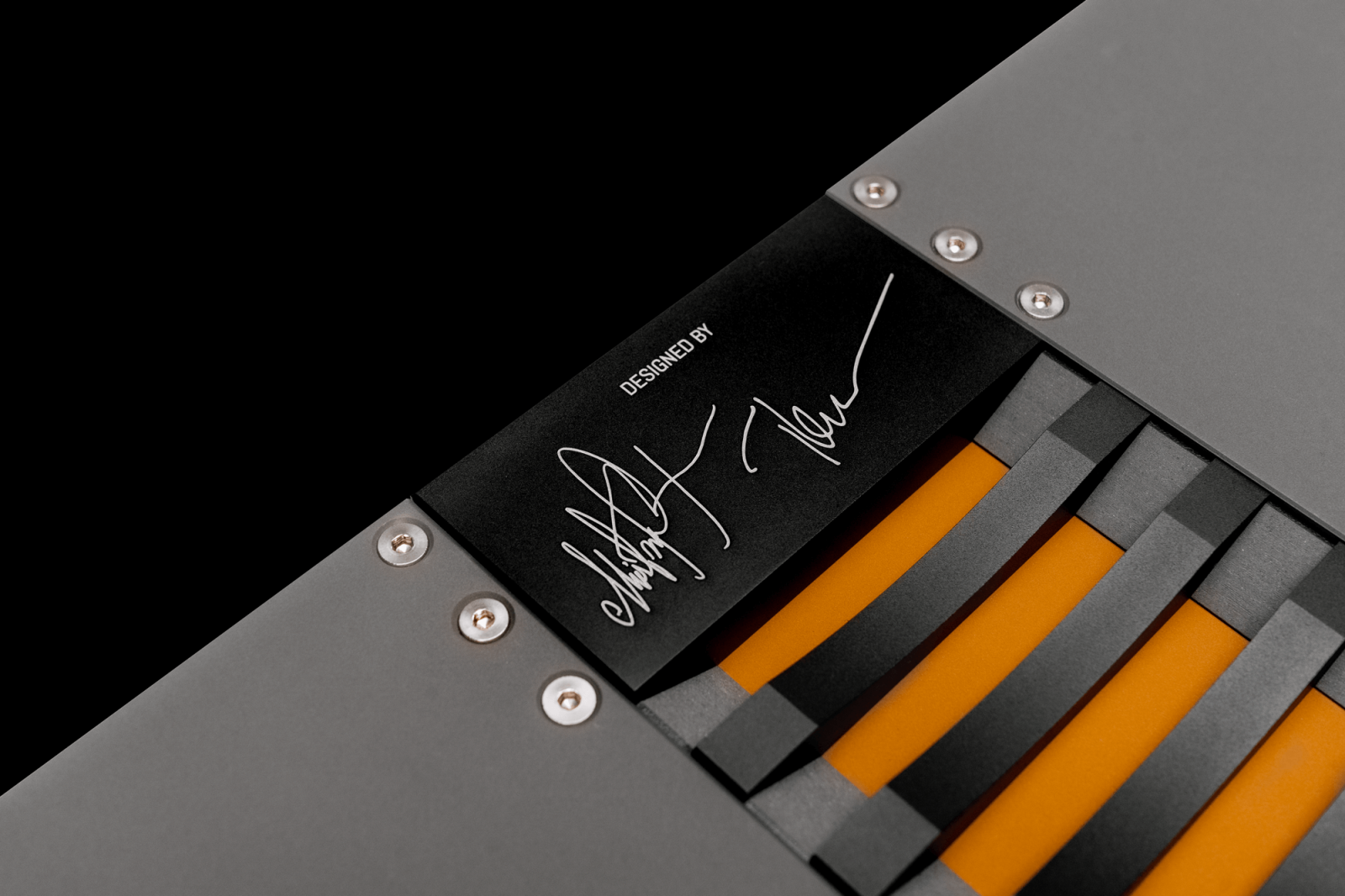 Now, the line is officially launched, and you should take time to listen if you can. Here’s the news release:

Aavik launches their new flagship, the 880 series of amplifiers–the engineer and the artist

Aavik expands its range of amplifiers with their new flagship Aavik 880 series. The 880 series is Aavik’s most innovative and sophisticated amplifier production to date. The new series consists of the Aavik I-880 integrated amplifier, the C-880 control amplifier, and the P-880 power amplifier. The primary development goal of this series was to create a powerful non-switching pure Class A amplifier with the lowest possible output impedance that would contribute to a better signal and less noise, thus improving speaker performance, resulting in a much more organic sound and more musicality.

In mid-2021, Flemming Erik Rasmussen, founder and former owner of Gryphon Audio, became a full-time member of Audio Group Denmark’s design and development team. With more than 35 years of experience in creating and realizing “dreams” and his artistic passion for designing hi-fi equipment, he was the perfect fit for Aavik. This was the beginning of a dynamic, and productive collaboration between Michael Børresen’s with his innovative approach, and Flemming Erik Rasmussen’s artistic and aesthetic design touch. He and Michael Børresen embarked on designing and developing a new innovative Aavik amplifier that would elevate the quality of musical authenticity into a new dimension. The result is the new Aavik 880 amplifier flagship series.

To avoid switching, Class A amplifiers typically apply a high constant current to the output devices. This approach is not only associated with high power consumption but also adversely affects sound quality. The traditional Class A power supply consists of a large transformer and large capacitor banks. This large transformer has two downsides. First, the many windings create undue induction, which in turn means transient delay. Second, these many windings create stray capacitances, which cause high-frequency noise from the mains to enter the amplifier.

Michael Børresen and his team of engineers took on the challenge and found another way to prevent the power amplifier from switching over.

They designed a circuitry that constantly keeps the bias spread 0,63 V above the required current, no matter where it is in the cycle. So, no matter how much current the power amp requires to perform, it always stays in Class A up to an impressive 2×200 W into 8 ohms, while at the same time not consuming unnecessary power. 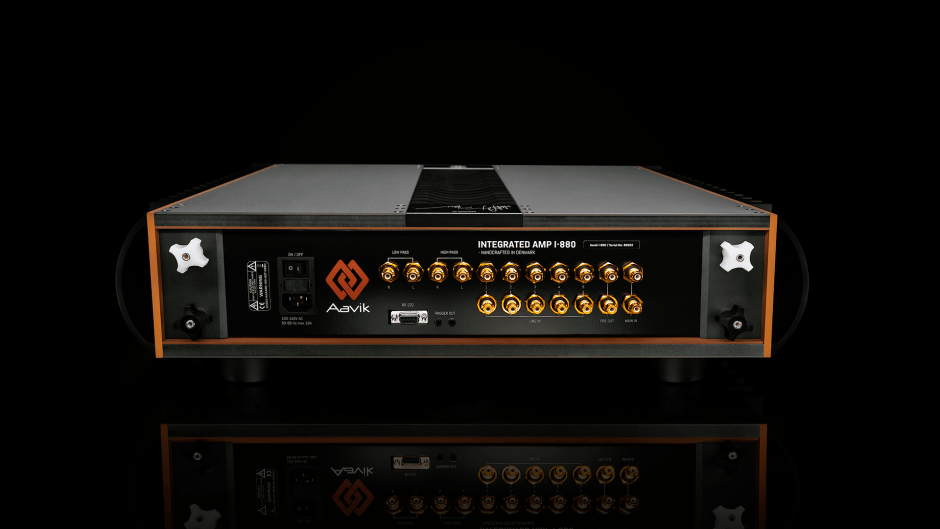 This significant reduction in the power requirements of the amplifier allowed Aavik to design the capacitors as smaller units and place them locally, so that essentially each of the eight pairs of output transistors has its own capacitor bank right next to it. This means that the current does not have to flow through long wire harnesses and long circuit boards. The current is always directly at the output transistor, which means a shorter signal path and therefore less noise. In addition, this innovative Aavik design also means that the 880 amplifiers do not get as hot as conventional Class A amplifiers, resulting in higher efficiency.

For more information on the new 880 line, check out the Audio Group Denmark website. 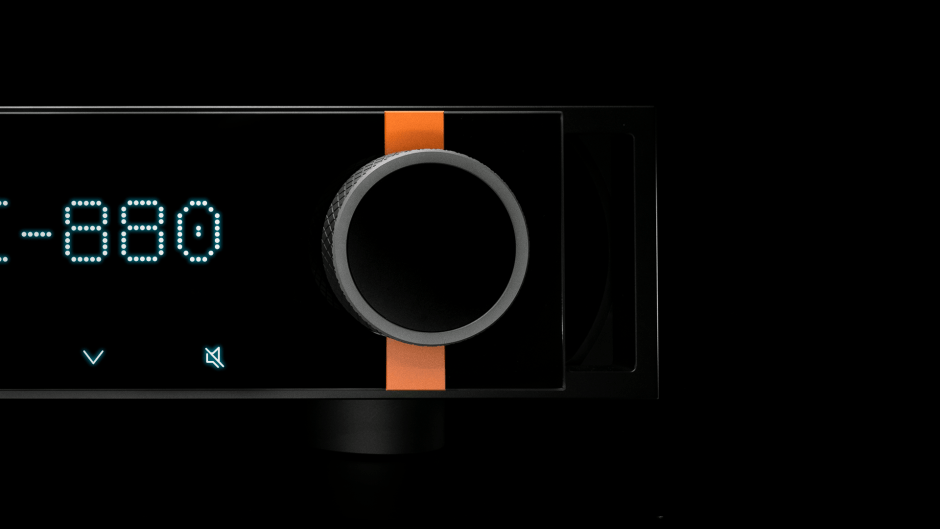 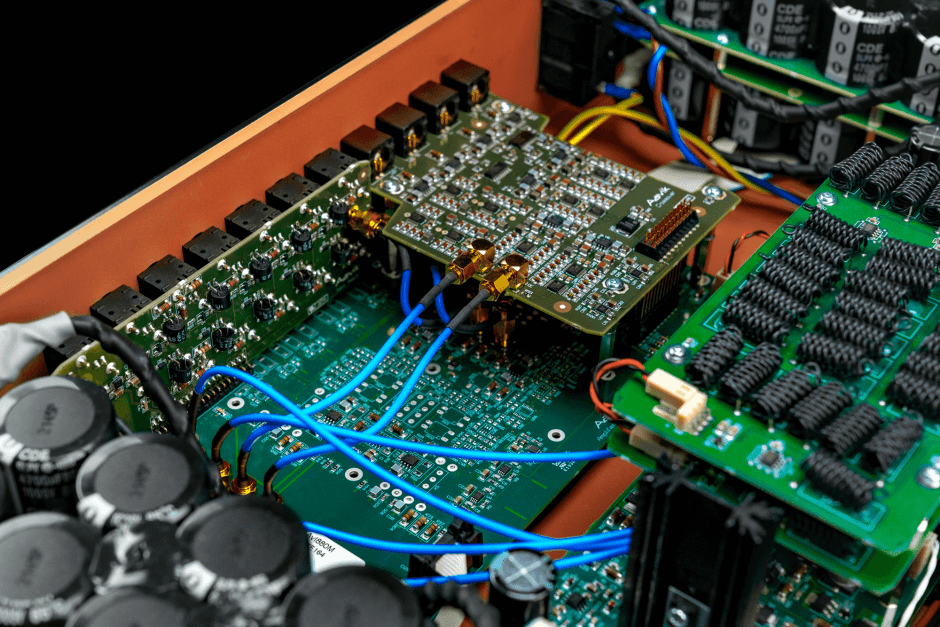 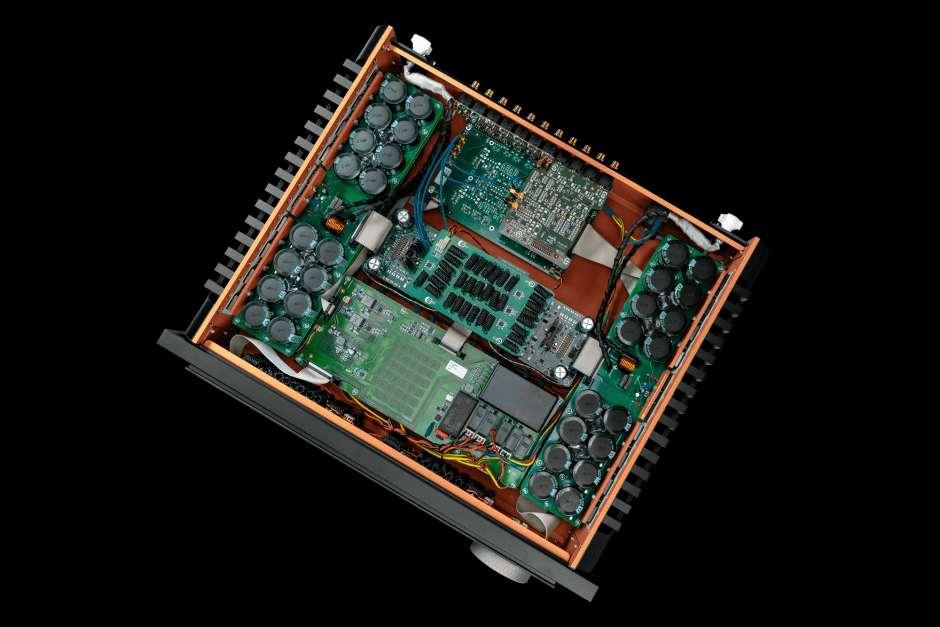 The Occasional Podcast Asks: What Is British Hi-Fi?

This week’s episode of The Occasional Podcast features interviews with Andrew Jones, Rob Watts, Mike Moffat and Johan Coorg. The topic? What exactly is British Hi-Fi? How did it become a thing, is it still […]

It took me over two years to get the Nola Champ S3 loudspeakers in for review. I’ve been making sideways comments over the last few months about the state of international and domestic shipping of […]

Have you noticed the emerging Focal Naim America juggernaut? Ever since these two brands joined forces a few years ago, they’ve chosen a path of world domination, taking in such brands as Thorens, Musical Fidelity, […]