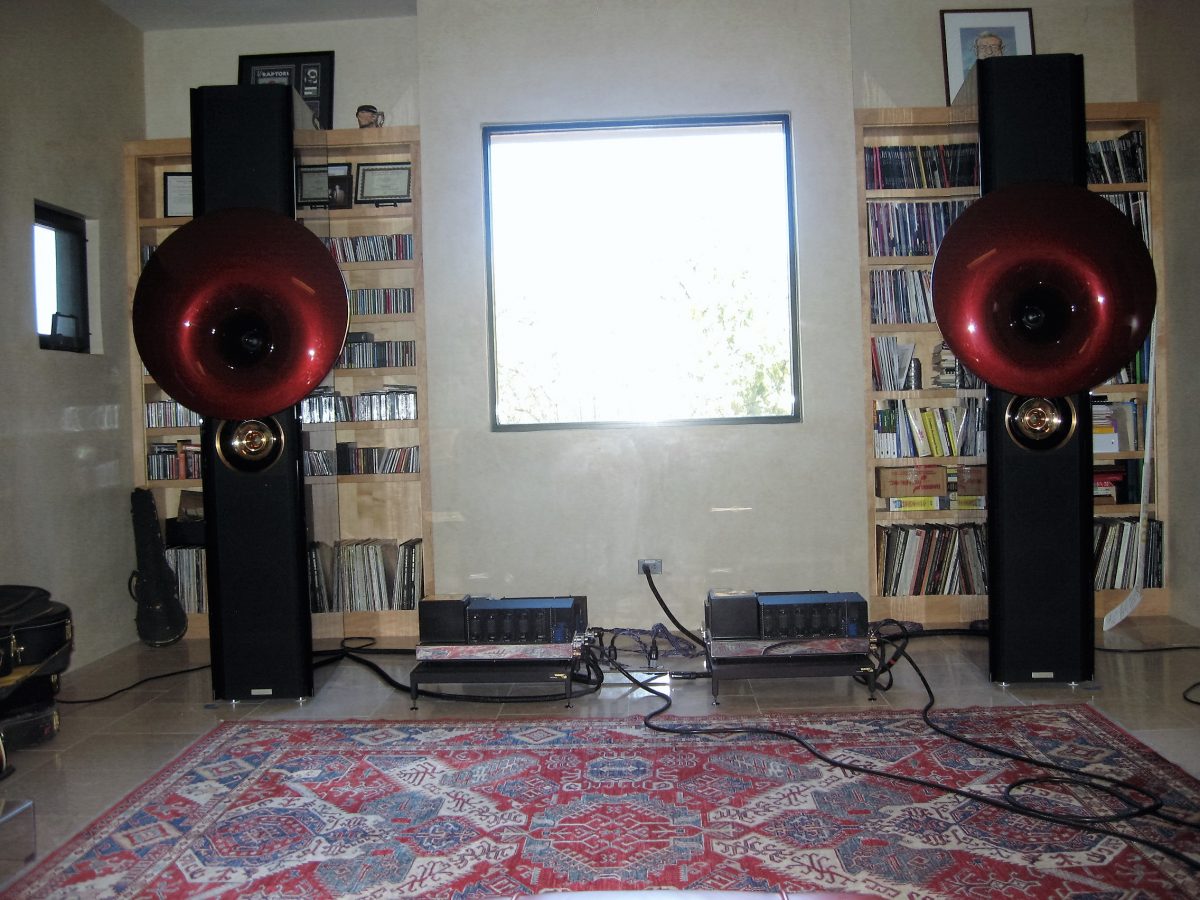 Darryl is a retired executive living in Santa Fe, New Mexico. Although he gets a good deal of exposure to live music via season subscriptions to Santa Fe’s various opera, orchestral, and chamber music groups, Darryl believes a great sound system is the only practical means invented by modern technology to experience the work of long gone (i.e., sleeping with the fishes) or simply inaccessible artists and their performances—at least in his current temporal existence.  And he has plenty of software to stimulate his auditory contemplations, given that he’s amassed and continually adding to a vinyl collection of well over 10,000 records.

Audio being a hobby (this is the Part-Time Audiophile, right?), Darryl spends much of his non-listening time volunteering for various worthy—depending on your point of view—organizations.  In addition, he hosts a weekly program, “Tuesday Night at the Opera,” on Santa Fe’s public radio station, KSFR (7:00-10:00p.m. Mountain Time; streaming live on www.ksfr.org). Further background may be obtained from his parole officer.

System Objective:  The single most important objective of my system is recreate a reasonable semblance of musical reality.  More specifically, to recreate my conception of musical reality, which encompasses the dimensionality (height, width, depth, and general “3-D-ness”), dynamics (macro and micro), and the ineffable you-are-there (or they-are-here) quality of the real thing.  And, speaking of realty, my system is also a function of financial reality:  there are only a limited number of branches I can lop off the old money tree without resorting to an all cat food diet—if that.   Finally, I must say that these system considerations are subject to the approval—or at least tolerance—of my spouse, (Saint) Catherine.

Music:  I listen mostly to classical (any flavor) and jazz (any flavor), but I have a fairly large collection and rock, folk, pop, and blues that make regular appearances on the listening roster.  The world’s analog, so it just stands to reason that I’m analog guy, which means LPs.  In my case, plenty of LPs (about 12K at the moment).  However, I do enjoy the occasional CD now and then and have compiled a reasonable collection of about five hundred.

Room:  My listening room was purpose designed by our architect when we built our house.  Given that there was only so much of the budget I could allocate to my avocation, I couldn’t go to the extremes I might have if I happened to be rolling in U.S. specie.  So I just tried to get some of the listening room’s basics covered.  Dimensionally, it’s what’s known as a “golden ratio” (WxLxH:  16.180334 x 26.180334 x 10–or as close as the contractor could measure), which I was led to believe would help reduce standing waves.  The room also has four dedicated 20 amp lines, is double studded with cocoon insulation, and has lots of shelves (but, of course, not enough!).  In addition, I had a conduit made between the listening room and the adjacent master bedroom closet to discretely run the cables from the Rockport turntable’s compressor (housed in a master bedroom closet) into the listening room.

Equipment racks:  Gingko Platformula (Cloud 10 platforms for preamps) for the Jadis preamp, which is a physically dual mono number (four chassis).  A Target stand supports the digital rig and the tuner; the VPI turntable sits on a Arcici Lead Balloon Turntable Stand

Latest additions:  I finally settled on Acapella Lamusica Reference Mk.II speaker cables for the Apollons in August 2016.  It wasn’t a massive “cable shootout,” in that I tried out the options recommended by the Audio Federation folks who sold me the Apollons.  I compared the bi-wire Nordost Odin (original, not the new Mk.II) to single wire Acapella Lamusica standard and the single wire Lamusica reference.  For my taste and equipment, the single-wire Acapella hose was the clear winner and the obvious way to go:  the standard Lamusica was excellent, while the reference model was even better.  Given what I’d learned of the benefits of bi-wiring the Apollons with the Nordost, I opted to bi-wire the Lamusica Reference Mk.II, which requires two separate runs per speaker.  Even though it was a hefty chunk-o-change, these cables really unleash everything the Apollons have to offer—and it’s a lot!

Possible revisions/updates:  I’m considering upgrading the Rockport to Jadis JP200 MC preamp interconnect.  A great deal has changed in the industry—and my system—since MIT whipped up my one-off phono interconnect wire eighteen years ago and I think some improvement is possible.  In addition, the twenty Electro Harmonix 6CA7 output tubes that populate the Jadis amps are nearing the end of their thermo-ionic lives, so re-tubing is in order.  I’m currently thinking about giving the fairly pricey Psvane TIIs a try, as I’ve read some very positive posts floating around cyberspace.