John Richardson has been involved with, or at least interested in, high end audio for 25 years or so.  His first audio memories focused around hearing the 1812 Overture blasted over his dad’s hi-fi when he was just a little kid.  The cannon shots were his favorite part, leading him inexorably down the audio rabbit hole.

John’s main listening area is the entire renovated attic of his traditional 1924 home.  The room is a typical shoebox dimension, with a ceiling at about seven feet in height at its apex.  As the room follows the home’s roofline, there are lots of angles to break up standing waves.  No room treatments are used, and other audiophiles who listen there comment on the room’s pleasantly balanced natural acoustic.  It’s a rather large volume, so speakers are typically brought out away from the walls where they can “breathe.”

John’s reference setup is a revolving door of gear that he refers to as “the menagerie.”   He keeps multiple speaker and amplifier setups, both for his own enjoyment and in order to have the right tools on hand for review purposes.  A few items remain amazingly constant, however. 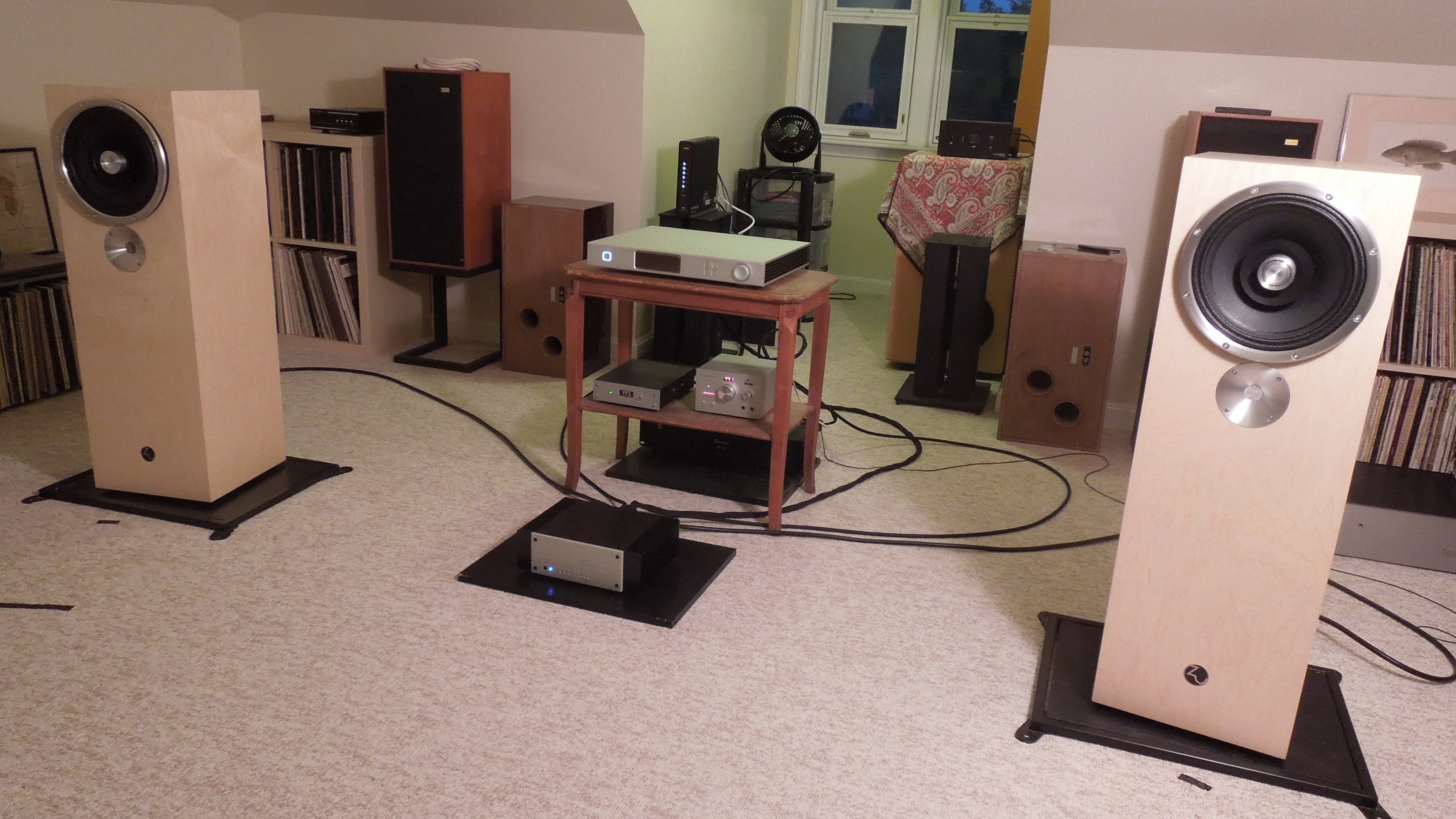 In terms of software, John splits the difference between vinyl and digital (either cd or stored music files).  Records are scattered throughout the room, which often looks more like a workshop than a sterile listening environment.  His musical interests are all over the place, but he typically gravitates toward classical and jazz listening.

When John isn’t listening for pleasure or reviewing gear, he spends time at his “real” job as a professor of chemistry at a public university in Pennsylvania.  He has also been a regular consultant in the chemistry and forensic fields.  In his spare time, John enjoys multiple other hobbies, including skiiing, sailing, and cycling.  He also enjoys spending time with his wife (who lets him get away with all of the aforementioned trouble…) and his two grown kids. 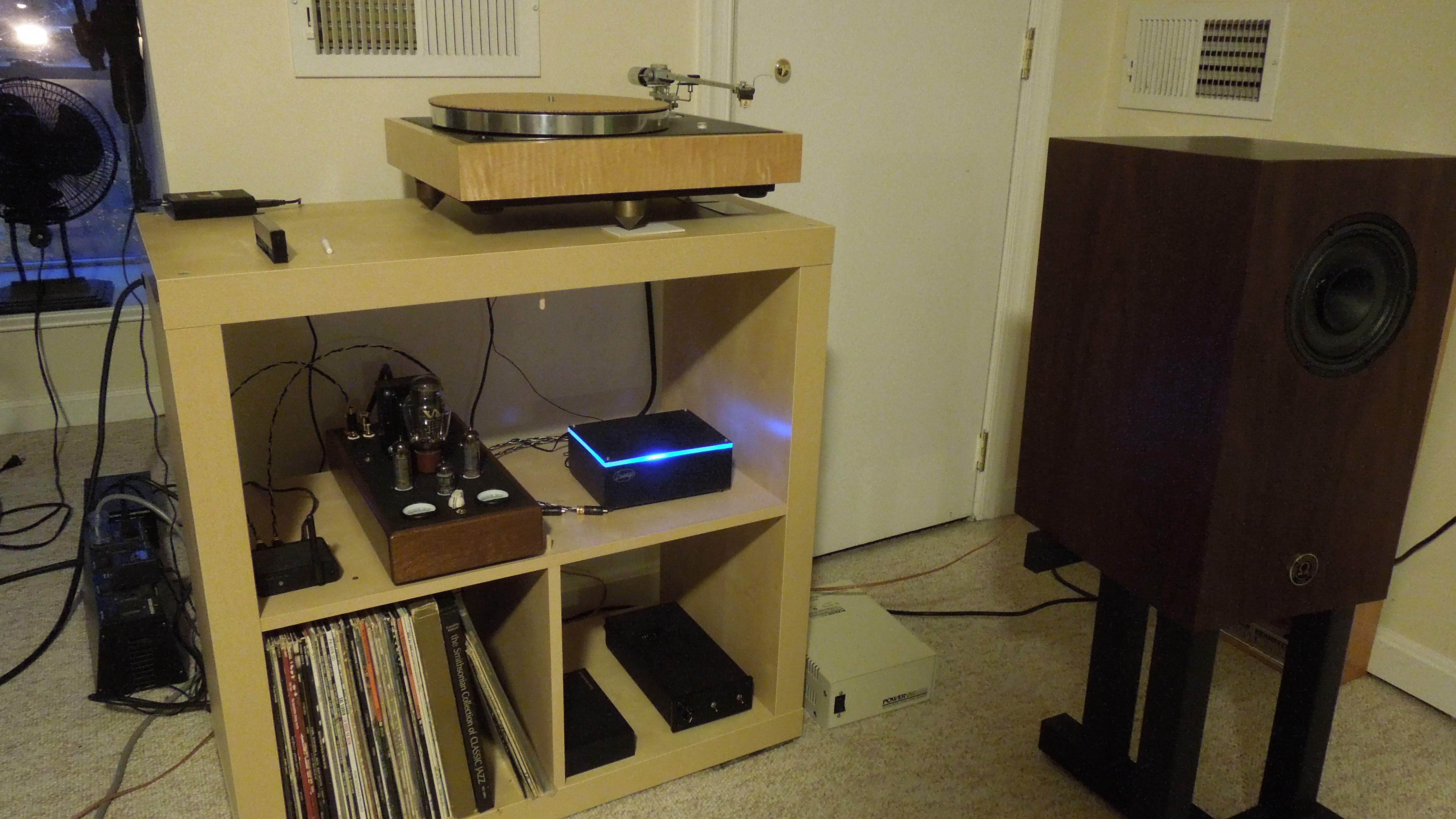 Cables and power cords:  too many to mention, but favorites are products from: 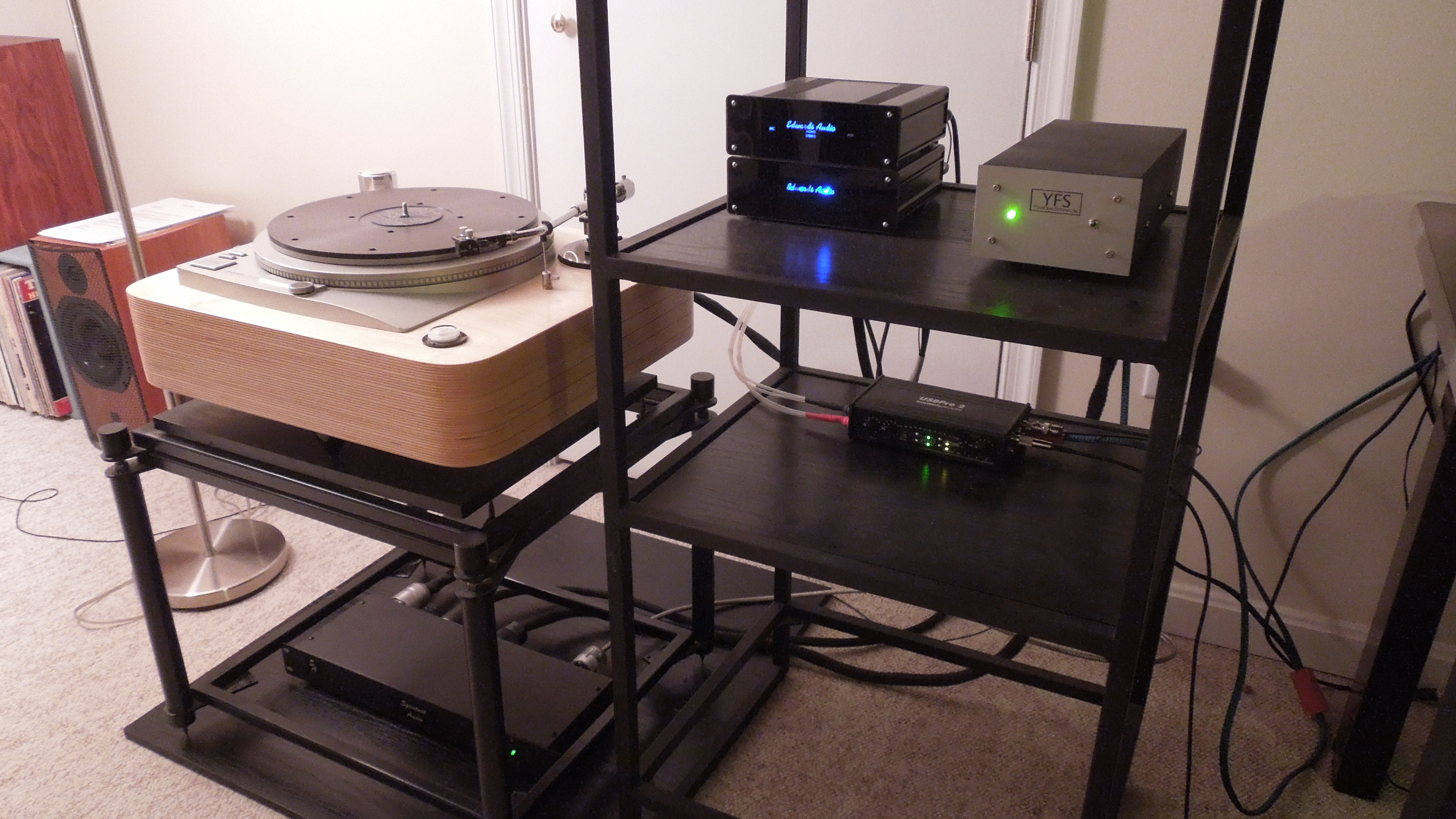