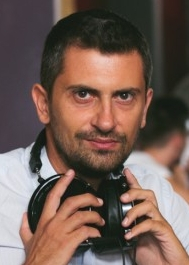 Born and raised in Athens, Greece, Panagiotis Karavitis had his first experiences with music through his uncle’s reel to reel rock tapes, grandfather’s 45’s of folk music, and a futile passage at the conservatorium where he was supposed to learn the guitar. The guitar never happened but the love of music grew strong; during the 80’s, he could not get himself off the boombox, listening to just about everything he could lay his hands on.

By the time he was 15, he had his own weekly radio show at a local station, rock music mostly. It was the early 90’s, so a mix of vinyl and CD would do the job.

Time flew and he found himself in Italy, studying medicine and listening to classic music. And as the musical tastes evolved, so did his hi-fi system. From Marantz, NAD, B&W, Rega, all the way to ASR, ATC, Garrard — and with just a touch of DIY, he loved each and every single piece of hardware.

Oddly, Dr K honestly believes that there are many ways to happiness: he enjoys using both solid state and tube gear, MM and MC cartridges. If given half a chance, he will loudly declaim his fondness for the “analog sound” of vinyl, which isn’t surprising as his music collection is heavily biased towards the black, and not the silver, discs. You want to see something scary? Watch him talk with Stereophile‘s Michael Fremer. The two of them appear to have their own language.

Dr K is also an occasional contributor to Enjoy The Music while he has recently founded the Audiohub.gr forum. And yes, he really is a practicing medical doctor. And yes, he does still live and work in Athens.

The system was designed with big scale classic orchestras in mind. It can handle Mahler, Schubert and Beethoven with ease, meaning it will sail through pretty much everything.