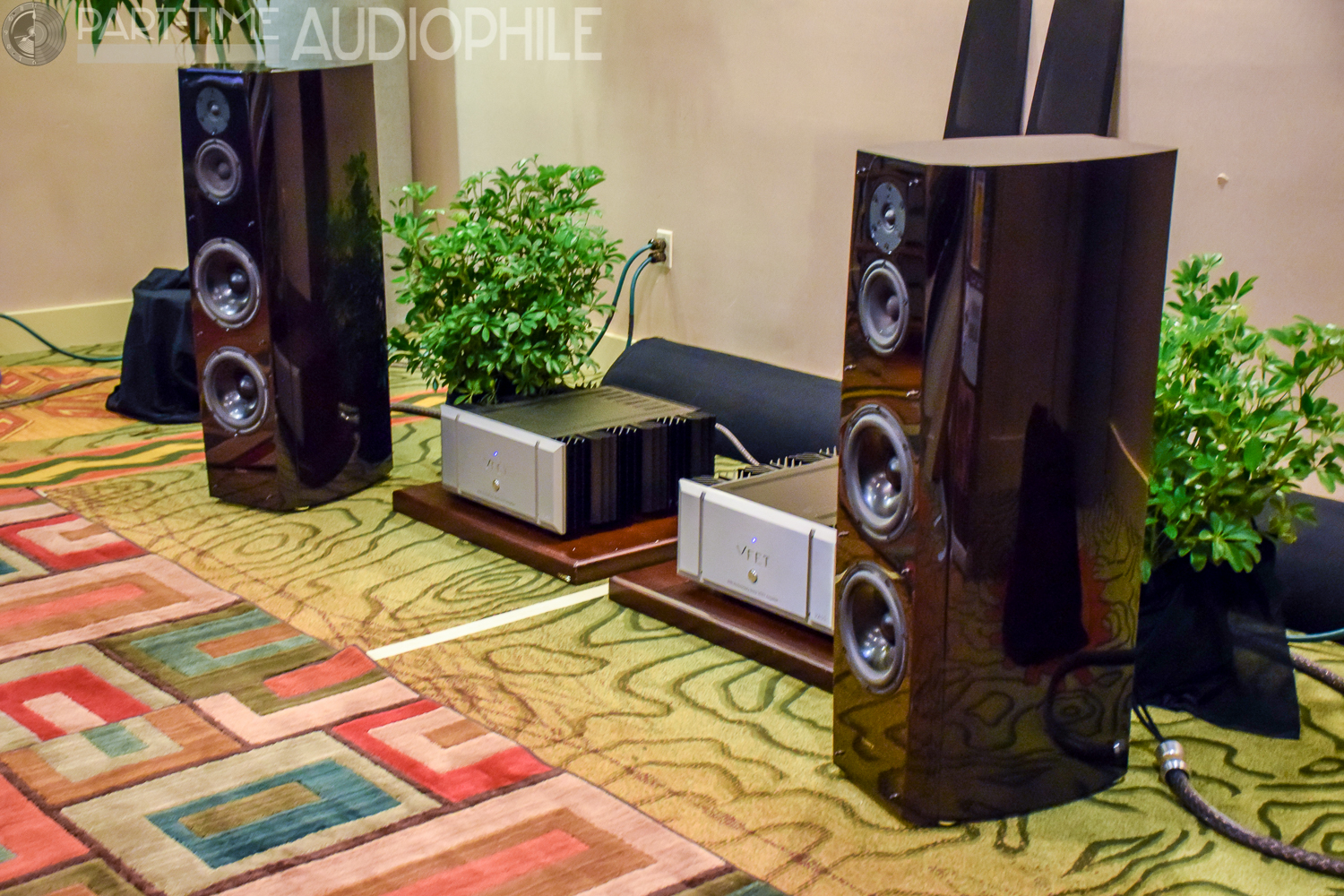 “I mostly put out what I like,” Chad Kassem, owner of Salina, Kansas-based Acoustic Sounds was explaining to a couple of audio fans as I entered his ground-floor room during the second day of RMAF 2015.

Playing was a recent Beach Boys LP reissue. I was amazed at how fresh the recording sounded and how easily the listener could follow each voice in the trademark harmonies.

“It’s been a great year. We’re really moving a lot of vinyl,” said Chad “the other Chad” Stelly, who also works for the business.

He said Acoustic Sounds was especially excited about its recent acquisition of The Mastering Lab from the estate of legendary mastering engineer Doug Sax, who died in April. The lab is a sound engineering and LP lacquer cutting business started four decades ago by Sax, who won numerous Grammy awards and was the go-to guy for such acts as The Rolling Stones, Pink Floyd, The Who, Bob Dylan, Neil Young and Paul McCartney. Acoustic Sounds has combined The Mastering Lab with its Quality Record Pressings division to form a vertically integrated vinyl LP production facility that handles mastering, pressing, graphic design, printing and sales.

Kassem seemed to be everywhere at once during the show, popping into various rooms to drop off vinyl and shoot the breeze with other exhibitors. You could tell where he’d been by the type of music that was playing when he left. “Fun, fun, fun” indeed.

Welcome to the Best Integrated Amplifiers section of the Part-Time Audiophile Buyers Guide for 2022. The Guide is more than “We heartily endorse this [fill in the blank ].” This collection represents our enthusiasm. Every product […]

By means of introduction to the Rega P10 turntable, let me start by saying that I work as a mastering engineer. For some time, I’ve wanted to upgrade my current turntable, a Rega P3, to […]