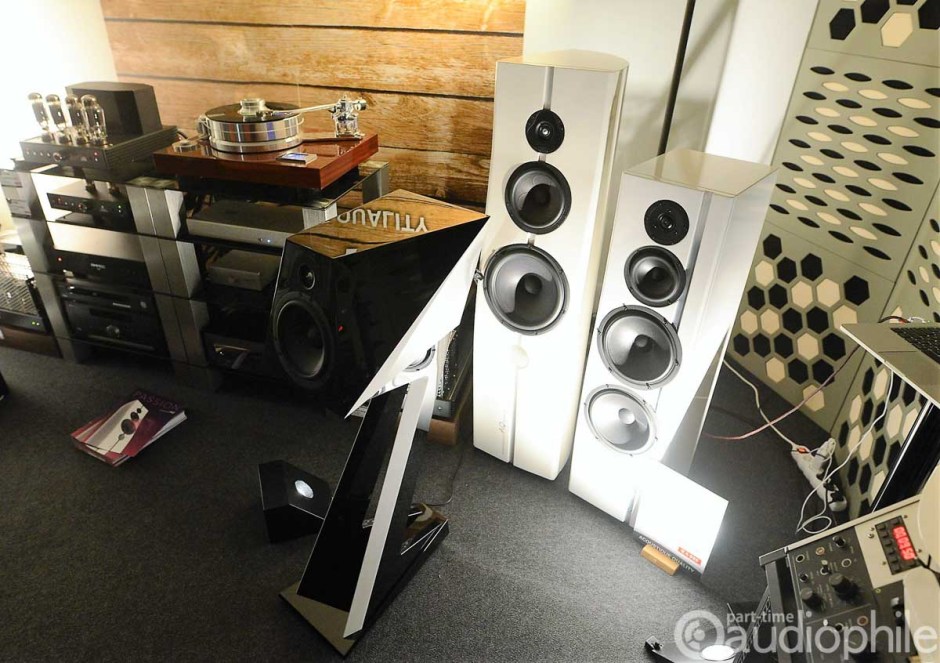 I first talked about Acoustique Quality, the speaker manufacturer based in the Czech Republic, back during our AXPONA 2019 coverage. I mentioned Karel Svoboda, AQ’s designer, along with my friend Boris Meltsner, and how we had made plans to meet at High End 2019 and go out for some absinthe one night. I know, that sounded like a horrible idea, and we didn’t partake in Munich. (The grappa that we eventually did drink probably wasn’t a great idea, either.) At High End 2019 I happened upon the Acoustique Quality booth in one of the main halls, and I immediately saw Karel talking to show attendees. Within moments Boris appeared. “Marc, Marc, Marc,” he exclaimed, “thank you for your AXPONA show report but you have made ME famous instead of the products I represent!” Boris told me that ever since I covered his amplifier brand Amped, and Karel’s speakers, he had been receiving lots of crazy phone calls. I told Boris that hey, we’re in Munich, and after a few glasses of his beloved absinthe I was going to make him even more famous. 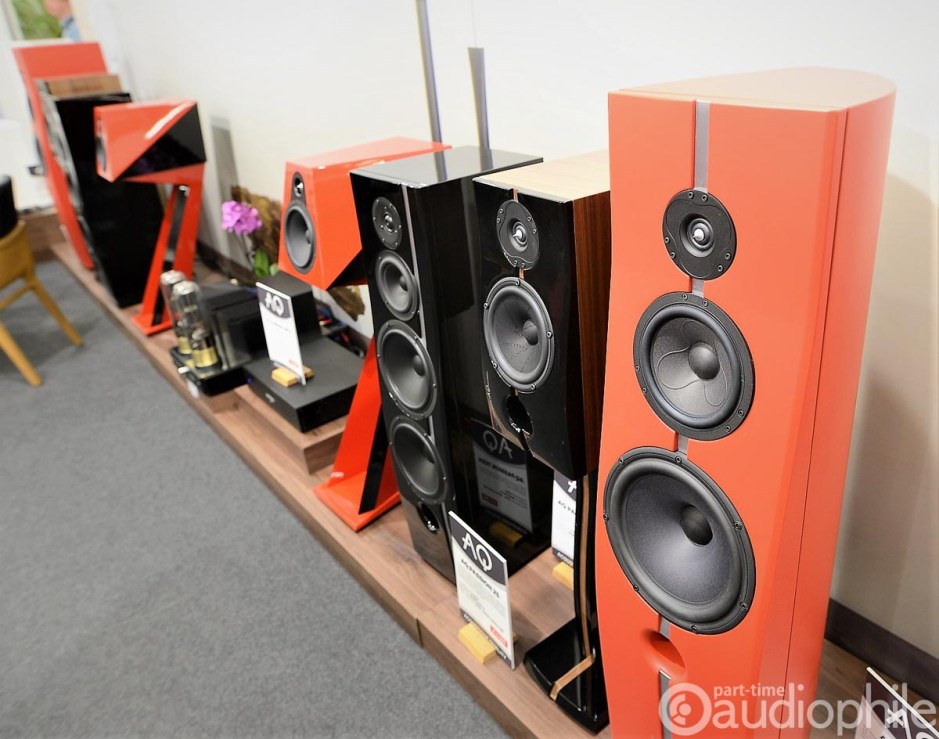 Here’s the thing about Acoustique Quality, however–at AXPONA it was about hanging out with friends and having a good time. At High End 2019, I really noticed how fantastic Karel’s speakers sound. I also noticed how many different Acoustique models there were, in evidence by the massive display, but when I entered the listening room I was treated to a musically compelling presentation. Various models of Acoustique Quality speakers–from the flagship AQ Passion (17,980 euros/pair), which uses Scanspeak Revelator and Illuminator drivers, to the 2-way Passion Teen monitor (6499 euros/pair) to the strikingly angular stand-mounted Passion Orcas (5990 euros/pair)–were swapped in and out of the system along with Boris’ powerful Class-D Amped 2400 power amp ($4000) and KR Audio‘s famous tube amplification. The sound was always full-bodied, transparent and satisfying. 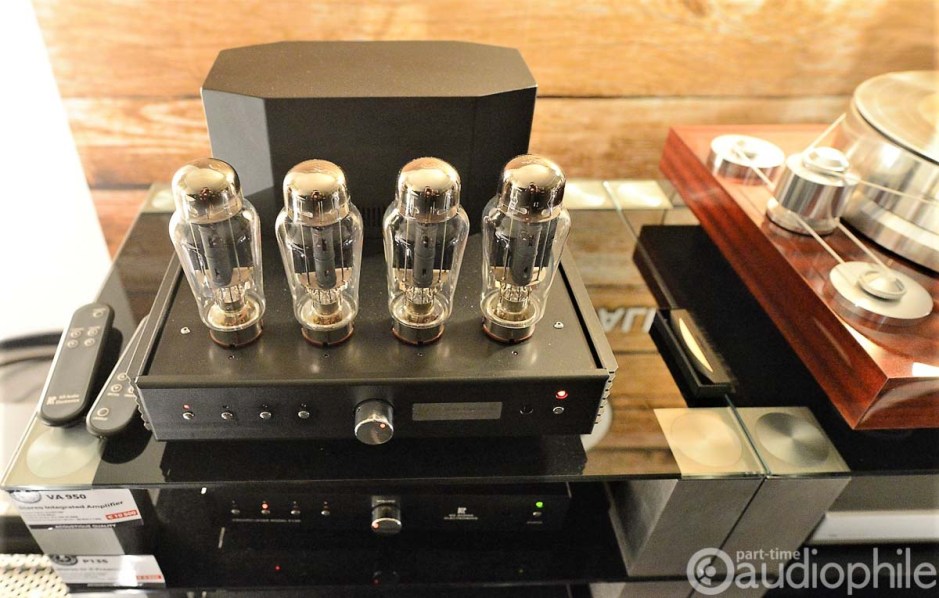 Then came the grappa. I’ve never had grappa before, and I was warned not to drink it because it’s supposed to taste horrible. Boris presented a bottle of very fine grappa, which was given to him by none other than Bartolomeo Nasta of Unison Research and Opera. (Boris has been extremely helpful with service and maintenance of their tube amplification here in the US.) Suffice it to say that I like grappa–at least this grappa. When the bottle was finished between the three of us, Karel started pouring me draft beer from the Czech Republic, a place known for excellent beer, from a hidden tap somewhere in the wall behind us. After about an hour, my day as an intrepid American journalist was done. 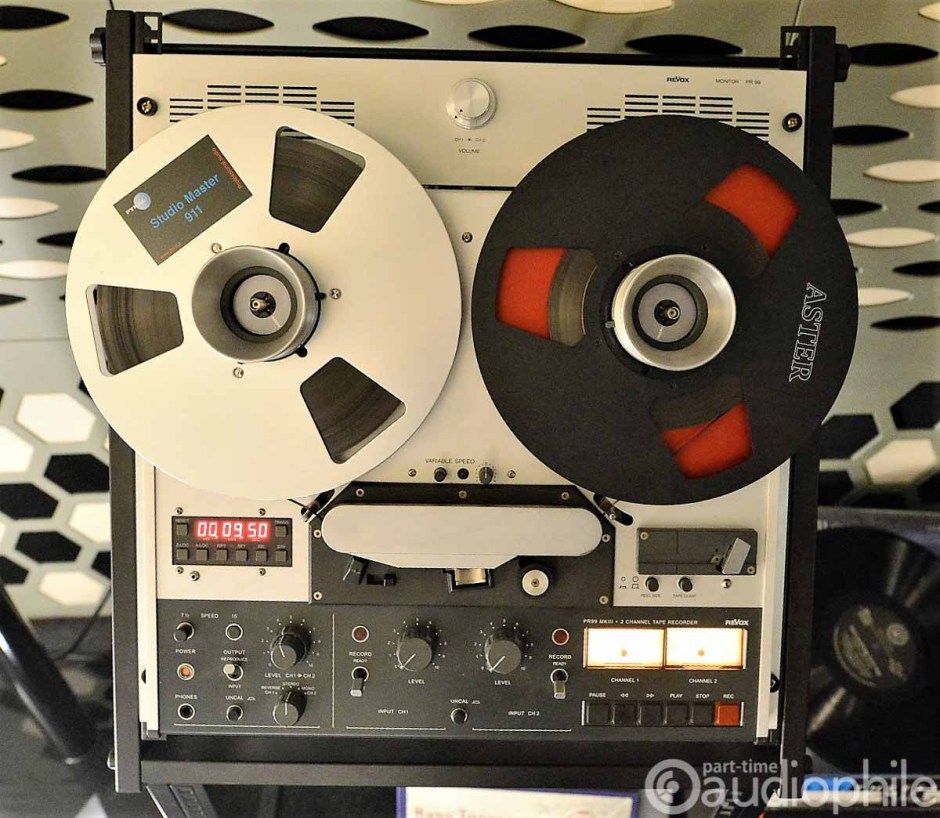 We were then joined by Karla Minarikova, who serves as Acoustique Quality’s export manager, and she was absolutely delightful. How delightful, you ask? Well, in my dereliction of duties, I forgot to take both photographs and notes. Karla sent me a full set of her photographs, which you see here. She also gave me a comprehensive list of the gear I had auditioned. The show was soon over for the day,. thank goodness, and I wondered how I was going to get back to my hotel, which was 11 kilometers from the MOC. (For the record, I’m not much of a drinker, so I was a little annoyed that I had gotten myself into another fine mess in Germany.) I walked out of the main MOC entrance, and the first bus I encountered just happened to be the shuttle bus back to my hotel. What do they say about God watching over children and drunks?

I woke up the next morning, a little grumbly and bloated, but I did manage to remember just how good these speakers from Acoustique Quality really are. I went back and listened, just to confirm. I’m going to bug Karla and see if I can get a pair of the Passion Minis sent to the states. Until then, I’m going to avoid grappa. And probably absinthe. And definitely Czech beer. At least until next year, or the next time I run into Boris. 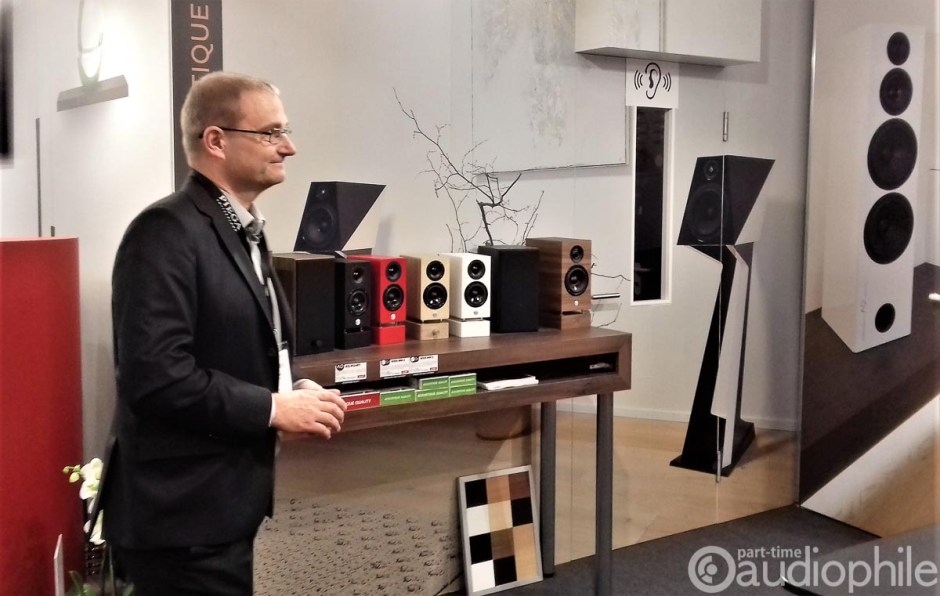 I’ve covered both Amped and Acoustique Quality several times now, including a rather thorough display at High End 2019 in Munich last May that truly impressed me. Both brands have been making quite a push into […]

I usually don’t do a lot of “after hours” coverage at high-end audio shows–cuz it’s Miller Time!–but my buddy Shayne Tenace of Tenacious Sound convinced me to stop by his room Saturday night and listen […]

Friday was my first full day at High End Munich 2019. Thursday, the first day of the show, was sabotaged by a combination of a long-ass sleepless night on the plane followed by a late […]