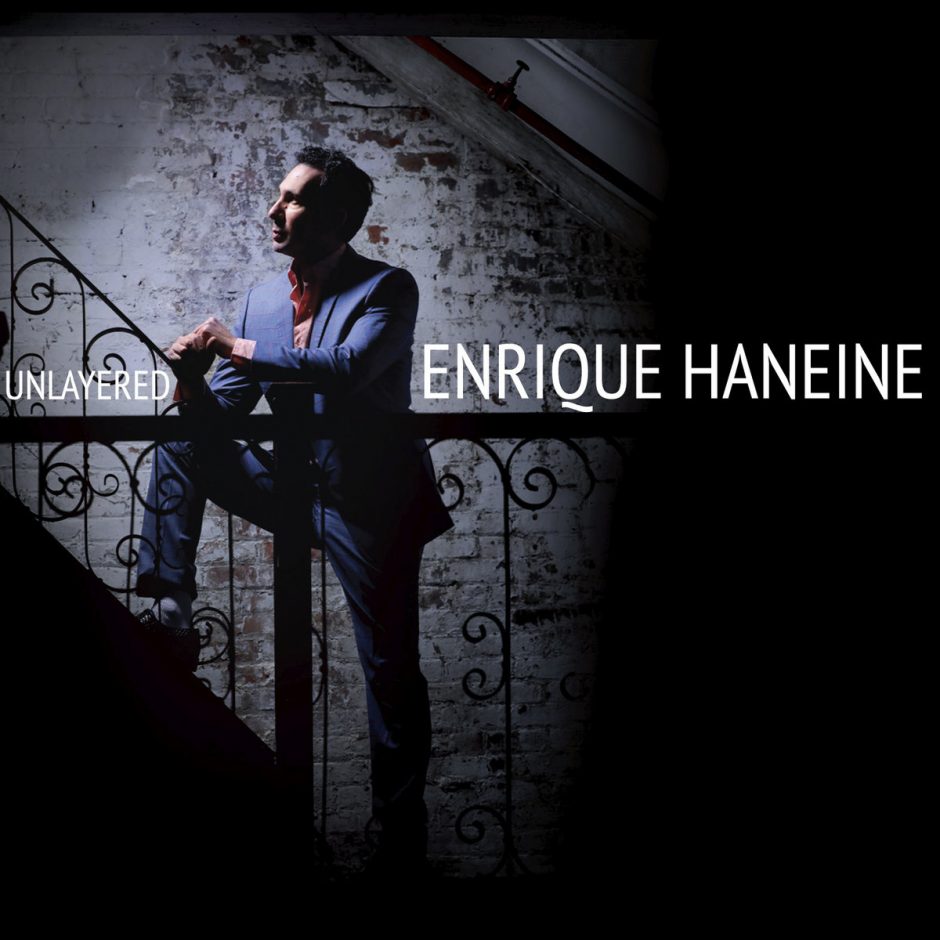 Sometimes great recordings fall through the cracks here at Vinyl Anachronist World Headquarters, and Enrique Haneine and his new album Unlayered was almost one of those casualties. I received this a few months ago, listened to it once, loved it and then promptly forgot about it until last week. Its second chance came in the form of buzz, that this “modern jazz” recording was succinct at representing the state of jazz in 2020, the vanguard. A lot of people are talking about Unlayered right now, so it’s time for me to do the same.

Over the last few years I’ve heard a lot of this so-called modern jazz, occasionally referred to as free jazz, and my approach always involved finding the structure in the chaos. Enrique Haneine doesn’t hide his musical structures in noise or epiphany–it’s laid out for all to see, melodies and themes and all the things you expect and want from music. His themes resemble an edgy pastiche of noir and world music, perhaps culled from an old film about foreign agents in exotic locations.

Enrique Haneine was born in Mexico City from Lebanese descent, so he borrows liberally from those cultural touchstones. He’s a drummer and pianist as well as a composer, and he sticks to percussion on Unlayered. Quite simply, he’s an extraordinary drummer. He leads his quintet (trumpeter Thomas Heberer, saxophonist Catherine Sikora, clarinet player Christof Knoche and bassist Jay Anderson) through continuous invention, daring them to join along. With this hefty horn and woodwind section, you might expect the rhythm section to get buried once in a while, but it doesn’t. Those drums always stand out.

Unlayered, in other words, is free jazz that holds steady. There are points where all of the energy gets pulled toward the inevitable walls of noise, but it’s remarkable how those underlying cultural ideas act as shepherds and keep the flow steady. I’ve encountered Enrique Haneine once before, when I reviewed The Mind’s Mural back in October 2018. Looking back at that review, I notice a similar reaction–free jazz that is surprisingly accessible perhaps, an entry point for the adventurous. That’s the reason for the buzz, of course–Enrique Haneine is pushing the envelop in the world of contemporary jazz, and he’s doing it in a way that has everyone talking.

Event Horizon, the eponymous debut album from the Chicago-based quartet, arrived under strange circumstances. I had just read an article on the 1993 space-horror film of the same name, and how it has achieved cult […]

It’s been a winter of female jazz singers, which is certainly not that odd of an occurrence, but in a crowded field it’s hard to stand out when there’s so much talent in the contemporary […]

It seems as if the better part of last year was focused on reviewing the Brinkmann Taurus turntable. First, I arranged for a series of cartridges and phono stages that would be suitable for this […]