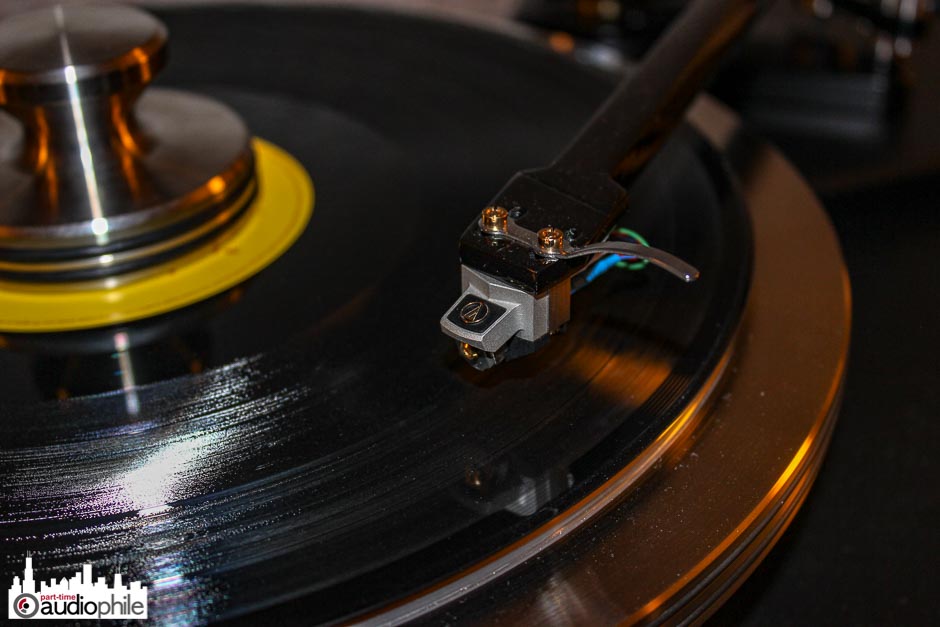 On the last morning of the Capital Audiofest, Gary Koh of Genesis Advanced Technologies sat next to me at breakfast in the hotel lobby. I’ve known Gary for a few years and I’m impressed with his technical prowess, especially when it comes to his fabulous speaker designs. “Stop by my room today,” he said to me. “There’s an amazing new technology I want you to hear.”

Okay, I’ve heard many exhibitors say similar things, but Gary quickly added that this was not his technology, but one of the other manufacturers in his room. “You won’t believe your ears,” he said, or something like that.

Gary’s Genesis Maestro loudspeakers ($30,000/pair) were in the room, as was the new VPI 40th Anniversary HW-40 direct drive turntable ($15,000), as was both Harry and Mat Weisfeld. A sleek metal box sat on the middle shelf of the component rack, a digital processor called the BACCH-SP from Theoretica Applied Physics. It was developed by one Dr. Edgar Choueiri, a professor of applied physics at Princeton—among many other things.

Actually, the BACCH-SP is more than just a processor. A lot more.

I noticed that show attendees were awaiting their turn in the two single-file chairs at the center of the room. When I sat down in the sweet spot, I was treated to several tracks, most notably “Too Much Rope” from Roger Waters’ Amused to Death. Near the beginning of the track there is the sound of a huge lumbering sleigh moving across the soundstage from left to right. Dr. Choueiri played the track without the BACCH-SP and yes, it moved from left to right. With the BACCH-SP in the system, the noise appeared far off behind the left speaker, at 10 o’clock, and got closer as it moved to the right until it exited the room well behind me at 4 o’clock. That’s right, it moved right through me—diagonally.

Oh wait, it gets much better!

That was the first demonstration. The second demonstration was even more impressive, and not just because Gary selected me as the guinea pig. I sat in the prime chair while Dr. Choueiri used the BACCH-SP’s dedicated InfraRed Head Tracker, microphone, webcam and analysis software to read the position of my head in the room. With a pair of Sennheiser HD-650 headphones (any quality cans will do), I sat and listened to pink noise and then a few tracks through both the headphones and Gary’s speakers while measurements were taken. It took no more than a couple of minutes.

It would take a couple of thousand more words to even scratch the surface of this demo, so I urge you to arrange an audition ASAP—Patrick Mattucci of Hi-Fi Sales Company was the host in this room and can guide you through the many features of this technology. The BACCH-SP has wowed everyone from Robert Harley and John Atkinson to Bob Katz, not to mention the Weisfelds.

The implications of this technology are wide-reaching and game-changing. Boy, am I glad I had breakfast with Gary!

Review: HiFiMan Susvara headphones, assault on the state of the art

February 24, 2018 Panagiotis Karavitis Headphones, Review Comments Off on Review: HiFiMan Susvara headphones, assault on the state of the art

This is not for the faint of heart, or wallet. If you think headphones have reached overwhelmingly high prices spare your time and don’t read this review. You have been warned. Walking down the Munich […]

VPI Industries president Mat Weisfeld woke me up today with news from the Garden State Parkway in New Jersey that the turntable manufacturer was releasing a new beast: The Avenger Plus at CES this week. […]

Mat Weisfeld seems to be everywhere these days, promoting his VPI tables, kicking ass, taking names, shaking hands, kissing pretty ladies, and generally having a far better time than you or I ever do. Must […]