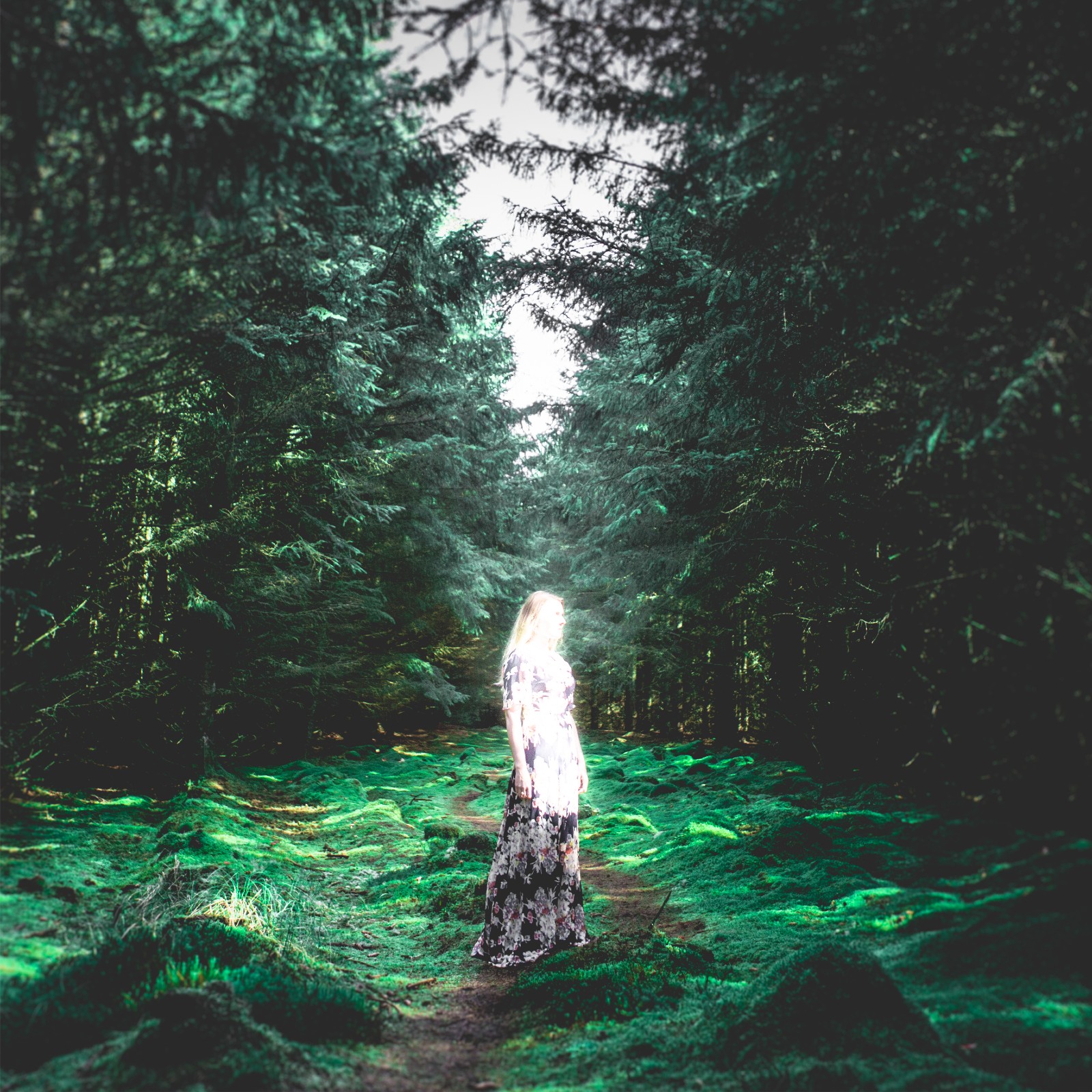 It’s been six years since Norwegian singer and songwriter Ingvild Koksvik released her last album, Og sangen kom fra havet, and I was beginning to worry that we would never get another album from her. I’ve been a huge fan of both Ingvild and her partner, composer Lars Jakob Rudjord, for a few years now, and while Lars does release music regularly through Fyrlyd Records–most a stray single here and there–Ingvild Koksvik has been silent. Fortunately we now have Mørketidssanger as proof that Ingvild hasn’t lost a beat when it comes to creating truly beautiful songs that have a haunted, ethereal and completely unique touch.

What happened in the last six years? A lot. Since Og sangen kom fra havet, Ingvild Koksvik and Lars Jakob Rudjord got married and had two children. The response to that 2016 album was so strong that someone in a business meeting jokingly warned, “Just don’t get pregnant.” Ha! As Ingvild explains:

“I thought it would go perfectly fine to combine a baby and a venture abroad, but the reality hit me right in the face. After the last album I had so much going on, but suddenly life became a little different than I had thought, with other things filling the days. But when I finally got to start making music again, it was with a completely different realization of what is important in life.”

The pandemic also made an impact on Ingvild’s musical ambitions, which is why she went back to college and earned a doctorate. Now she’s returned with Mørketidssanger, or as she says, she’s
“back with songs about love, turmoil and stagnation.”

Lars Jakob Rudjord, who plays all the keyboards on Mørketidssanger, is a major influence on the melodies and song structures–when I first listened, I noticed his spare yet perfect chord progressions, his gift of making simple repetitions so full of rich mental images. But it’s Ingvild’s voice, direct and soaring, that reminds me why I love the music these two produce whether together or apart. I’m still hearing the strains of Scandinavian folk that were more central in recordings such as 2013’s Nattapent, but this is lighter music here, sunnier, the flip side of Lars’ excursions into the cold winter night.

That means Mørketidssanger has more of a pop feel, something that would put her in the room with other singer-songwriters in this day and age if it wasn’t for that voice. Before, however, that voice was filled with urgency and felt like a call for action, but now it seems to be tempered through a mother’s view that while we all feel loss and isolation, we’re still here and we’re still together and we’re moving forward. (At times she enunciates so clearly–albeit in Norwegian–that it sounds like she’s speaking to her children.)

Along with Lyn Stanley’s Novel Noel, this is the perfect holiday album for people who want to move beyond the so-called holiday spirit and feel something more substantial, more universal. I’m genuinely glad Ingvild came back to give us Mørketidssanger.

David Finck doesn’t follow the usual bassist-as-leader structures in his new album, BASSically Jazz. I’m not saying that a bassist leader, or even a drummer leader, has to follow a specific set of rules when […]