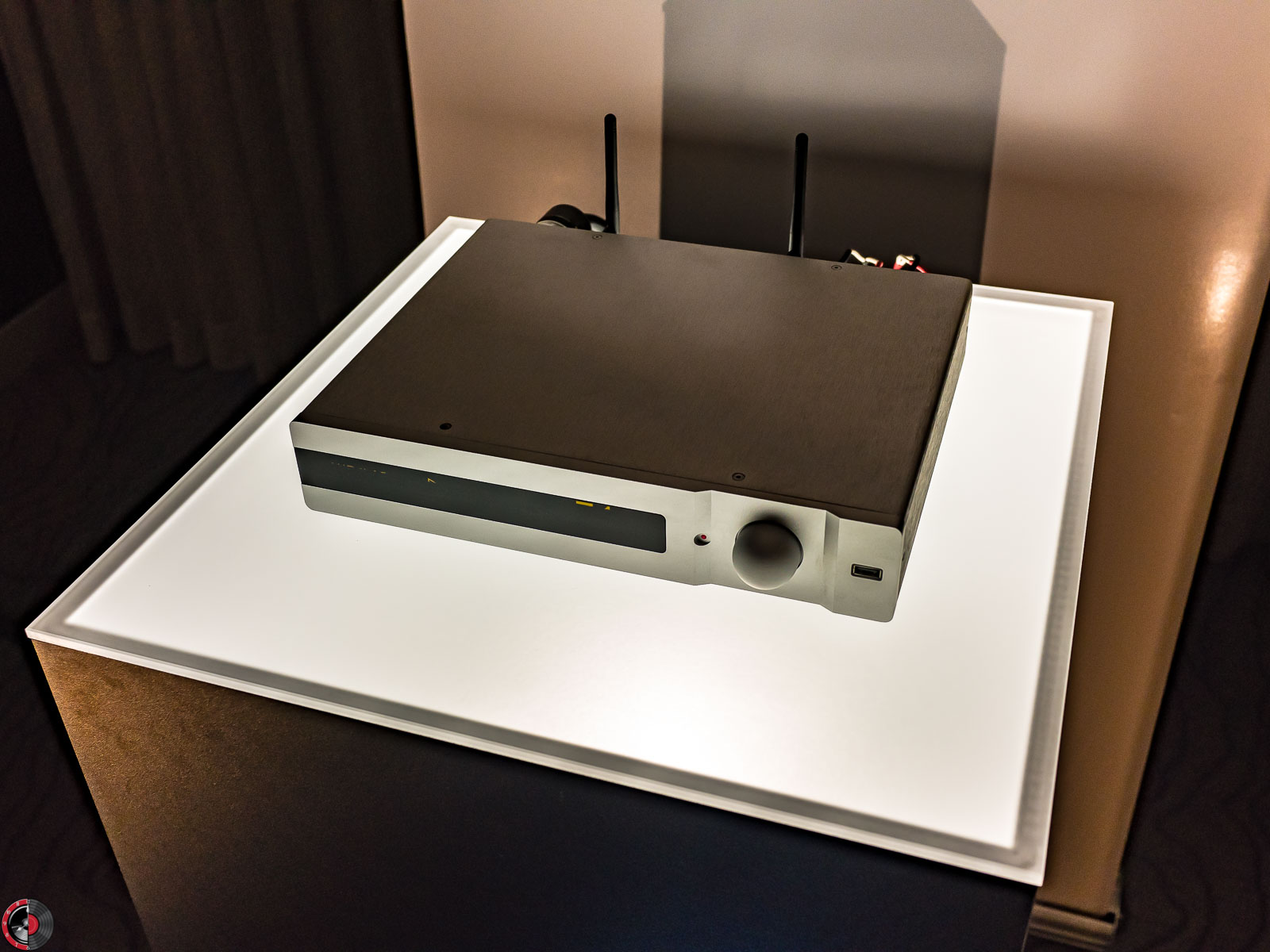 AURALiC has a reputation for over-performing and under-charging customers (a trend I’d like to see a lot more of), and RMAF saw no major deviation from that line of thinking. You could say that they’ve charted a course and have been following it with dedication, persistence and tenacity.

As many of you no doubt know, the AURALiC brand launched their VEGA DAC some years ago to much acclaim — and, as we learned, that acclaim was very much deserved. They’ve branched out beyond the DAC (there are amps and preamps available, too), but it was the breach into high-end audio streaming that really saw them step away from the pack. Especially when they were able to bring that experience way down market.

If one were to plot out these stops along the celestial highway, one could be led to see a constellation of sorts, and while this is not why Polaris is more than a little interesting, it is a long way to go to make an analogy. Ahem.

Polaris is, pretty much, a Swiss Army knife. It takes many of the tried-and-true tech AURALiC has been toying with in separates, and … yes … integrates them into a single box. Polaris ($3,800US) is an integrated amp that features a wireless streamer, a music server, and a DAC. It’s all in there, baby. Prego.

All the features you want to see — gapless playback, support for up to DSD256 and PCM up to 384kHz, and yes, support for Tidal and Roon native to the platform (and a host of other features) — the 120 watts per channel (8Ω) is going to be more than enough to light up a very sweet consolidated system. Just add some Ryan Speakers (or even a turntable, because the darn thing has a moving magnet phono input!) and an iDevice to run the custom Lightning DS app, and you’re off to the races.

I’ve been wondering about designer Xuanqian Wang’s plans for the future for AURALiC, whether or not Polaris was going to be the new polestar, an inflection point for the company, with more and more products drifting closer and closer to that Affordable Audio segment. Not a bad move, if so, but apparently not — the upcoming AXPONA show may reveal a slightly different focus. Stay tuned.

I like panels! I guess this isn’t a surprise as my reference speakers are the recently released Magnepan 3.7s. There’s just “something” about panels that speaks to me …. On display were the Analysis Omega […]

The Focal Kanta No. 2 (website) speakers first caught my eye at an RMAF a year or two ago, speckled up in a brilliant citron yellow and sounding, well, swell. The sound was performing that […]

The Story Listening to audio equipment all day, every day, for three days straight can get a little tiring. That is until you find yourself seated in front of a system, no longer listening to […]