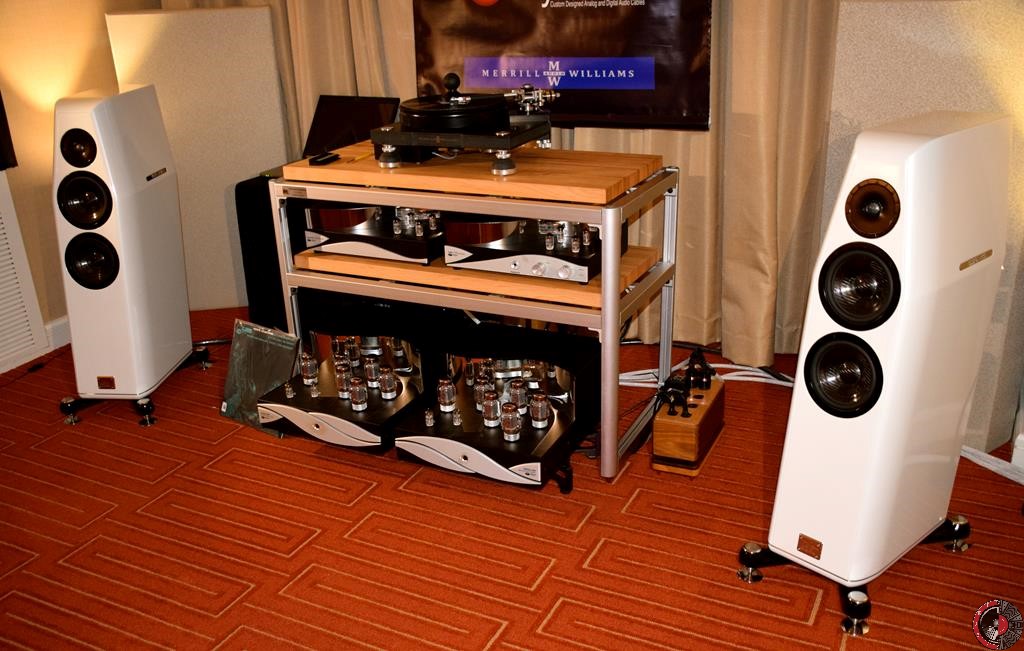 I don’t know how Michael Fremer does it. The Analog Planet scribe, guru of all things vinyl, lugs around a bag full of rare wax to test equipment at shows. Me, I have a hard enough time getting from room to room with my 35mm Nikon D5300, a couple of lenses, batteries, two notebooks, event guide and five or six Flair pens that I somehow manage to lose by the end of the day.

And, after about a dozen auditions I’ve also usually accumulated a few pounds of brochures, gear lists and business cards as well. At T.H.E. Show in Newport, I even culled my demo CD stash down to a paltry four discs to lighten my overall load.

I arrived at the Zesto Audio room just a few steps behind Mr. Vinyl. He handed one of his collectible slabs to the Zesto rep, who carefully got it spinning on the Merrill Williams Audio REAL101.2 turntable ($7,200) which was outfitted with a Tri-Planar U2 tonearm ($6,200) and a Dynavector XX2 MKII cartridge ($1,985). The sound was warm, well-paced and detailed, although maybe showing a tad bit of emphasis at the bottom and top ends of the frequency range.

As Fremer’s track finished, I spied a vinyl copy of Dire Straits’ classic “Brothers in Arms” album sitting on the floor. Since this is a record I own and listen to often, I got up from my chair and grabbed it. “Could I hear ‘Ride Across the River?’” I asked, and was quickly obliged. 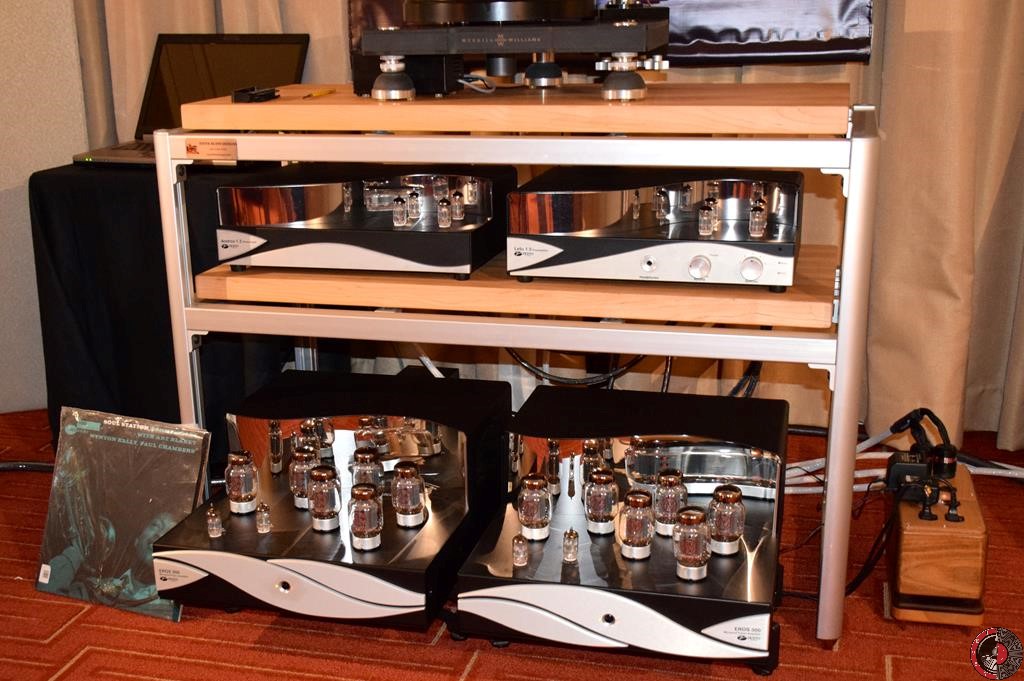 “Ride Across the River,” is an atmospheric track in which Mark Knopfler’s guitar crackles, rumbles and crashes like an unrelenting thunderstorm, while keyboard players Guy Fletcher and Alan Clark conjure up all sorts of exotic rhythms, jungle sounds and even buzzing insects. The enveloping soundscape is a marvel of modern Pro Tools editing, as directed by Knopfler and visionary engineer/co-producer Neil Dorfsman. It was all I could do to keep from trying to swat some aural mosquitoes.

This composition can sound edgy and even assaultive if a rig is not up to snuff. The Zesto-Kharma-WyWires system had no such issues, though. Instruments as rendered by the tubes in the Zesto gear were textured, but refined, while the dynamic range, weight and impact of the Kharmas was impressive for a speaker their size. The components also excelled at conveying underrated bassist John Illsley’s insistent groove, while Knopfler’s unadorned voice could be heard straining at times near the edges of his three-note range.

It’s my job to listen to systems in such micro-detail and attempt to describe their attributes and faults. But as the extended instrumental section played out on “River,” I turned off that part of my brain and just listened to the music. It was then that I realized just what a damn enjoyable sound Zesto, Karma and WyWires were making here — one that I certainly could happily live with. That, to me, is more important than whether the frequency range might have been tilted ever so slightly this way or that. This rig was reaching my soul, which is why we’re all in this hobby. Well done.

I was immediately star struck. Look at those beautiful shapes! Gorgeous, flowing, white! Then I looked into the high-mounted Accutons and saw … what are those? Eyes? Are these speakers? Or … Schmoos? Har? Okay, […]

TAMPA, FL (PTA) — This is a story of group ascension. The parties involved: Daedalus Audio, VAC, LampizatOr, WyWires. The Story I don’t think it’s absolutely necessary to make introductions for all of these products […]

Kharma has never been on my radar. Besides being wayyyy out of my league I have always considered the company to be more of a luxury proposition than a true high end audio manufacturer. […]