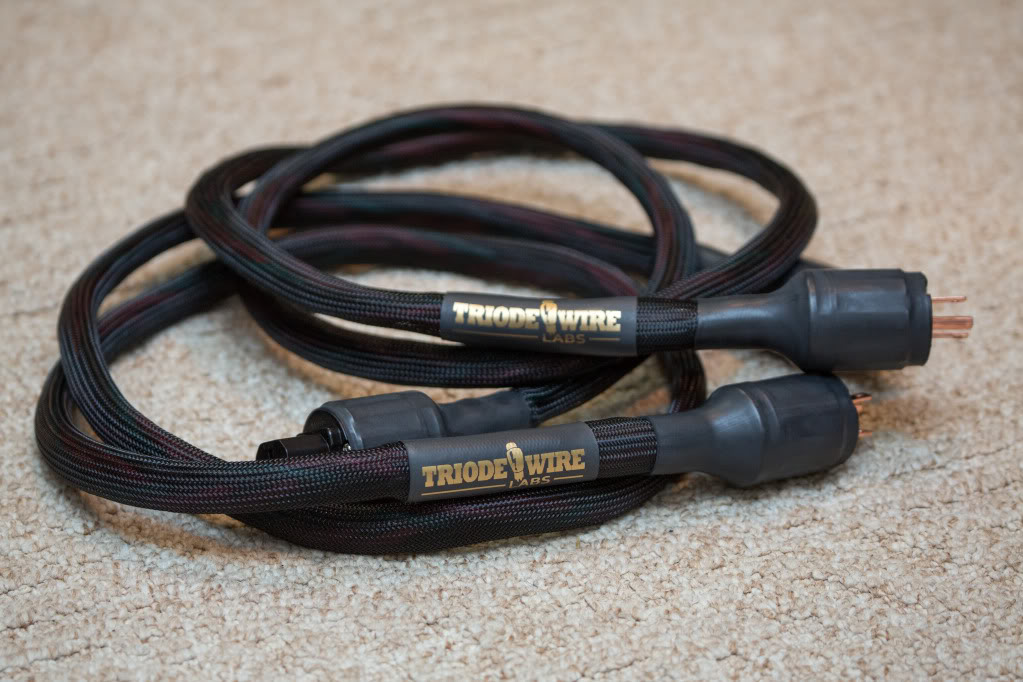 I met Triode Pete of Triode Wire Labs at CAF this year. Happily, Pete sent me a trio of his power cords, a pair of Seven Plus power cords and one Ten Plus. The numbers don’t refer to anything other than wire gauge, so keep it in your pants, Sparky. Anyway, I’ve had a lot of fun — and no little amount of frustration — playing with them for the last month or so, so I thought I’d take a few moments to share.

The Seven Plus is Pete’s heaviest gauge offering, and maybe one of the heaviest wires that I’ve seen or heard used in a power cord. Interestingly, they’re not at all what I expected. Okay, that’s not true, they are what I expected because I’ve had a chance to wing one of these around my head like a morning star prior to actually getting one in-house, but I’m quite sure that you, gentle reader, will be surprised to learn that this are the most flexible power cords I’ve used to date. Really! The wiring includes the insanely big conductors, but the wire itself (a proprietary metallurgical blend), is as flexible as a striking snake. Absolutely no issues getting it into a space Houdini might find challenging and no weird twisting required in order to orient the connector and no levitation of light-weight components. This is really user-friendly stuff.

The price appears to have been recently bumped a notch, but $499 for a wire this big isn’t outrageous. Pricing for the Ten Plus starts at $329.

If you’ll recall my recent comments about wire, generally, you’ll understand where I’m coming from here. The Seven Plus is one of those evolutionary cables that takes the performance of your already-audiophile-grade power cords (come on, it’s not like you’re using the stock cables) into a particular direction, in this case away from a “solid-state sound” and toward a richer, warmer, fuller sound. Not like a Rubenesque transition or anything, but compared to the $199 Nordost Blue Heaven power cords I have, the Seven Plus is smoother and fuller through the entire frequency spectrum, and includes a welcome bass roundness and more capable handling of the lowest frequencies. 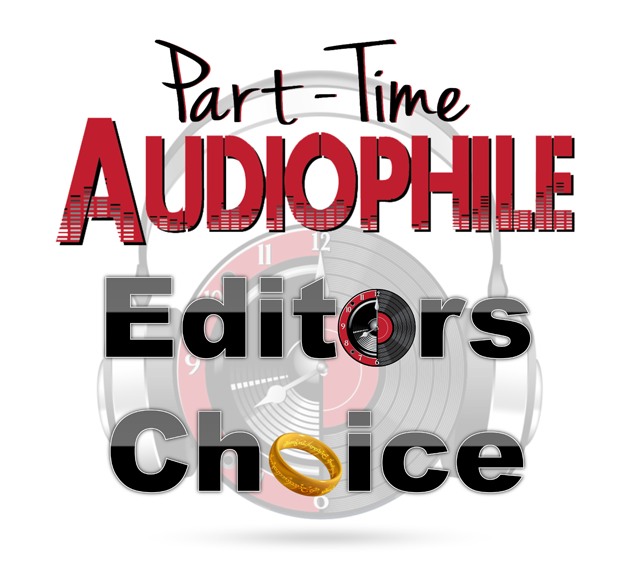 In short, the Seven Plus is the best power cord that I’ve heard in my system to date.

Piling on: when used with my amps, the big Plinius SA-Reference, my “Klaus Special” monoblocks from Odyssey (now with 300+ hours on them), or even the amp-direct input on my Luxman L-505u, the Seven Plus had something both useful and helpful to say (if you will). The music took a few small, but audible, creeping little steps toward 3-D (or 4k, depending on how up your are with TV tech). Tone density, saturation, and sonic richness — all took a clear step up. Now, it’s not a huge step up, but it was a step up. Again, recall my comments about the incrementalism of cable contribution. Unless your current cables are actively doing something wrong, the deviations from one cable (or even from one cable family) to another will and ought to be subtle. Anyway, the Seven Plus is unusual, in that it does seem to “do more” down low than even a Nordost cable — something I didn’t think was possible.

I have a lot more listening to do, obviously, and I’d like to do more comparisons with the Ten Plus — as well as with the other power cords I have here. But for now, I’m pretty satisfied.

I’m sorry, did someone say “gold”? You don’t really see real gold very often — the actual metal — not in audio’s high-end, nor even in life generally. Certainly not big hunks of it. Maybe it’s […]

When I first tuned into personal audio, it was with a boldly yellow Sony Walkman. I’m pretty sure it was waterproof, and I’m pretty sure I never tested that feature out — but I remember thinking could have, […]

Part II: Digging in to the Tekton Pendragon

The Pendragon from Tekton Design is a monster. With a sensitivity of 98dB, they are big, full range, and the sound is impressive as all hell. They’re also $2500. My first thought on hearing that […]