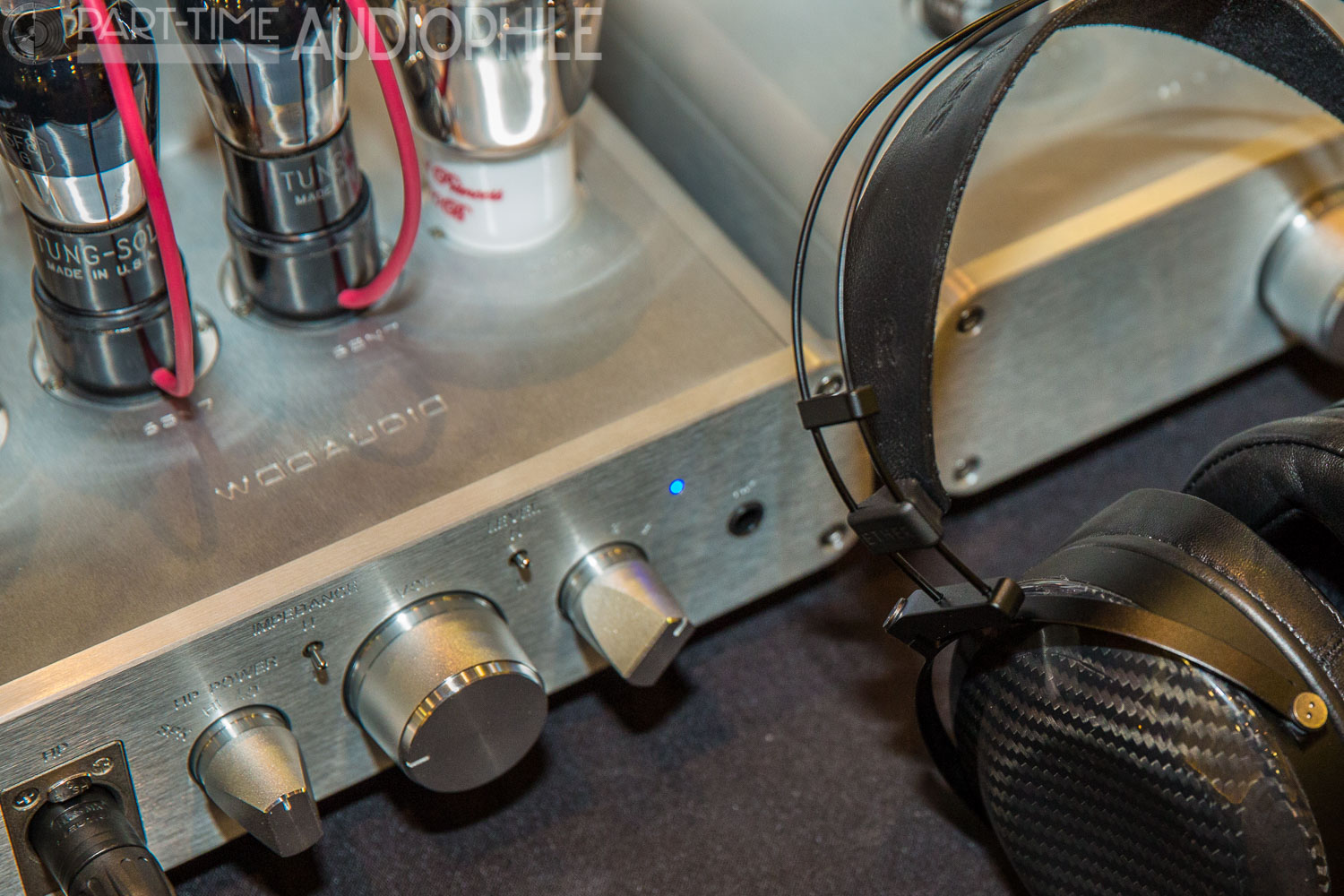 Back in March, Dan Clark launched a revolutionary new headphone under his MrSpeakers brand — the Ether. What was revolutionary about a planar-magnetic headphone? Well, the fact that MrSpeakers was doing one — their earlier work had centered exclusively around modifying Fostex drivers, then, 3D printing some very interesting ear cups to match. This time, MrSpeakers “started over”, and after extensive design and testing, we got the Ether. Then, in August, Ether — an open-backed headphone — got a sibling. The Ether C was, perhaps not surprisingly, the closed-back version of that headphone.

But this year at RMAF, Dan Clark upped the ante and launched the Mad Dog Mega Aether, his most extreme work to date. Priced at $10,000, the MDMA comes in two options — one that will melt your brain, and one that will explode your skull.

I’m kidding. I’m just kind of bummed it took me this long to finally get around to getting some time with the Ether. I mean, yeah, the Ether C is the “new guy”, but I missed the last “new guy” completely. My Alpha Prime, the last amazing thing to come before that … well, that still hasn’t wended its way back from Kirsten, and she sent in her review back in February. She’s very apologetic about it. But she’s still got it. Hmm.

The lesson? There’s something special about these headphones from MrSpeakers.

So, I took my time. Got my ears on. And lemme tell you, that enthusiasm is warranted: the Ether are fantastic. And at their listed price of $1,500, I can’t think of another headphone I’d rather have.

Yes, there are other planars in this price range, but the Ether are extraordinarily light, they’re fast, and they’re open-as-a-missing-window. On the flip side — that is, turning to the closed-back version — I think the Ether C may give up a little of that wide-open-view, but only for more precision and depth. I remember, standing there with a pair of either in my hands, trying to figure out a “best” and I simply couldn’t. They’re quite different. Both excellent.

Can I have one of each?

Also on the table was my new crush, the Woo Audio WA5LE v2. I just finished a review of this amp, so I was pretty familiar with it. Which is why it was completely weird to sit down and hear this amp sound so different. Apparently, Dan’s version included the super-duper $1200 internal capacitor upgrade. Oh, it and also sported three pairs of über tubes — two RCA 5U4G rectifiers, two Tung-Sol 6F8G drivers (with the red anode wires) and two Sophia Electric Royal Princess 300b power tubes. Those latter may well be the best-sounding 300b tubes currently being made, with the only possible challenger being the Takatsuki tubes. If you’re interested, Woo Audio can offer either upgrade, and on this amp, I happily suggest exploring. All-together, the sound was mesmerizing. Played with the Ether C, I got my groove on and only gave up my seat when Head Guru Frank Iacone casually suggested I’d look better as a pretzel.

I’ve been hearing about this combo all weekend, and I’ll say it now, the hype totally undershot the awesomeness of the Woo Audio 234 monos driving the big Abyss headphones. Effortless, airy, thunderous and altogether […]

I’m probably not giving too much away by saying that LH Labs was here at RMAF, right? Well, it’s true. They had a great demo in CanJam, featuring their hot desktop headphone amplifiers, the Geek […]