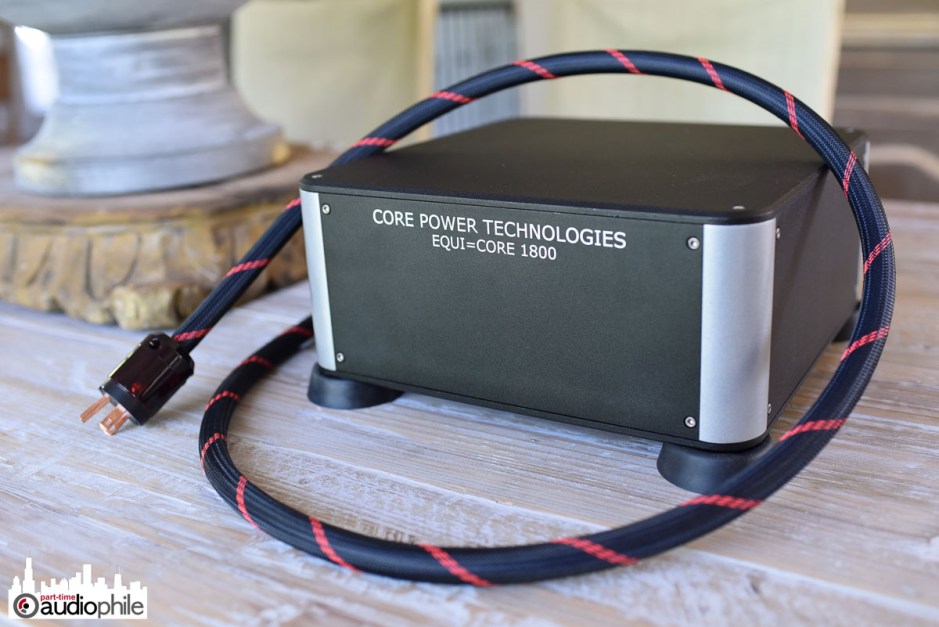 Over the years, I have had the privilege of hearing some of the best power conditioners out there. My view on the topic is simple: a good power conditioner is the ultimate “three-for” for audiophiles as it helps in all three areas of the frequency range: bass, midrange, and treble. Mark Shifter from Core Power Technologies (website) was in town a while back and I met up with him and he asked me if I wanted to review their big conditioner, the Core Power Technologies Equi=Core 1800. I was intrigued and said yes, and soon a big, heavy box arrived.

The Core Power Technologies Equi=Core 1800 is elegantly styled, in a somewhat industrial way, but man is it massive (even though the case is 5″ high x 12″ wide x 12″ deep. In terms of fit and finish, it looks terrific — like something that will last decades. This thing is solid and I got a bit of (needed!) exercise when hauling it from my first level listening room to my upstairs headphone station. I was also surprised by the price of just under $2,000, a bit less than many of similar build quality and a capacity of eight receptacles.

In the box, there are two needed accessories. The first is a six-foot power cord terminated in Oyaide connectors which just the right amount of flexibility while still remaining a heavy 12 gauge. The second is a set for four large, round, discs which serve as the feet once placed under the device. I think these are left unattached to allow for more options on vibration control. In my use, these rubber feet seemed to work well, but I would have preferred some substantial feet be attached to the large, heavy box. 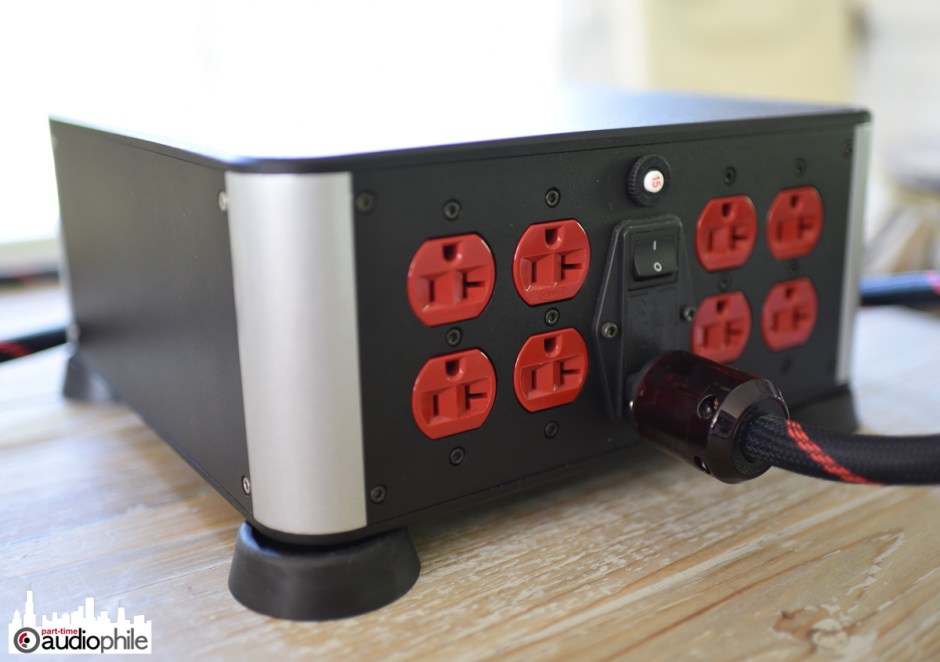 On the back of the unit are four red Hubbell duplex outlets that are quite grippy. A solid feeling on/off rocker switch sits in the middle of the chassis above the IEC outlet for the power cord that comes with.

There are two reasons this “tank” of a conditioner is heavy. The first is a gigantic transformer inside. The second is exquisitely solid metal work with contrasting gray corner columns. This really looks and feels like a $4K or more unit.

I asked Mark: “How does this work?”

What’s different about this than all the other line conditioners out there (a number that seems to grow as fast as the number of cable companies) is that the Equi=Core uses a balanced power approach — they take 120V power line in and break it into two 60 volt legs out of the phase to each other. This process rids common mode rejection. According to Mark Shifter, the units are able to get noise down to 30 millivolts. Many recording studios and mastering suites that have purchased the Equi=Core report that they getting good results, such as improved signal to noise ratio in their recordings.

But what did I hear? Quite a lot more music, actually. The Equi=Core 1800 substantially lowered noise on two systems in my house. The first system was my main rig in a dedicated listening room.  Hooking up my prized PS Audio DirectStream DAC and Memory Player, Revox tape deck, Audio Research line stage and amplifier, to the Core Power Technologies Equi=Core 1800 seemed to allow “more music” to flow through. Familiar tunes were “richer”. 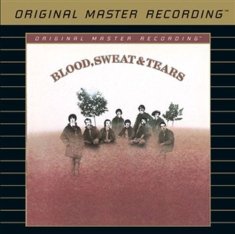 I fired up my Revox A77 and played Frank Sinatra’s 7.5 ips reel of Come Swing With Me. The band arrangements by Billy May were more vibrant and dynamic and Frank’s voice had a visceral chestiness to it. Switching to Mobile Fidelity’s superb Blood, Sweat & Tears self-titled album on SACD brought out the sublime dynamics of “Blues, Part II”. Beck’s Sea Change on the Mobile Fidelity Gold CD was also improved with the lifelike guitar work becoming even more present and vivid. The excellent Groove Note album, The Girl from Bossa Nova, came alive in a new-to-me way, and that samba groove had my feet tapping.

The second system was my headphone rig which I use in the home office upstairs. This rig has a wide variety of full size headphones and inner ear monitors and has hosted recently a Benchmark DAC3 HGC and now a Mytek Brooklyn+ (both reviews to come). I use a top quality power cord on the DACs but in each case, the Core Power Technologies Equi=Core 1800 performed the same magic trick by lowering noise and fleshing out the music across the board. I did a series of experiments where I plugged the Equi=Core into the wall in different places, into a power strip, and finally the power strip into it. In every case, I got improved results. I added in the Rupert Neve RNHP headphone amplifier. Yep, that worked too. 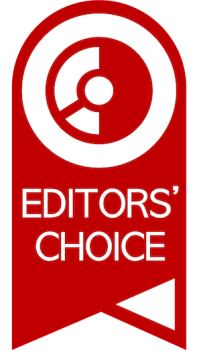 The best thing I heard was the album Toy from Swiss electronica pioneers Yello. How would the deep notes sound with this power conditioning now in place? In short: pretty damn good! The bass was much more present (in a good, not overpowering, way). It gelled with the rest of the music and vocals wonderfully. I played around with Tidal HiFi files on the Brooklyn+ running by USB from the Amarra 4 app on my MacBook pro. Yowzers. The combination of the Brooklyn+ and Equi=Core was terrific.  For giggles, I tried the power cord by itself with also good results. It looks substantial and sounds excellent. Plugged into the Equi=Core, it greatly helped both systems.

I tried one other thing, I plugged my amp into it — and that worked too. Any loss of dynamics? Nope! How nice to have a big unit that can handle the power of a tube amp with eight KT-120s!

Great AC power is like building a house on a very strong foundation. I believe it to be a requirement for the best possible results — having a good conditioner is a base every good system can build on. But if $2K is still more than you want to spend. Equi=Core has solutions starting at around $500. But do yourself a favor and get one with a good number of receptacles because the more gear getting clean power, the lower the noise, and the better the sound. I would also consider investing in some great power cables too. And yes, it all adds up.

So in summary, I would give the Equi=Core 1800 an enthusiastic recommendation as I was impressed with the apparent value at $2K, solid build quality, and most importantly, the noise floor improvements that it made that lifted up my whole system.

I’ve had the Bowers & Wilkins 603 S2 Anniversary Edition (website) speakers in my possession since April of this year (2021), and since day one in my affordable review system, I’ve been itching with ideas […]

by Brian Hunter The market continues to swirl around planar magnetic technology and its popular sonic benefits. With growing maturity and gains in acceptance and sales, the fallout is proving to be a real “W” […]

Last year I reviewed the Audio Hungary (website) Qualiton APX-200 power amp (review linked here), which was 100 watts per channel of pure vacuum tube goodness. It was, and still is, a tremendous sounding power […]