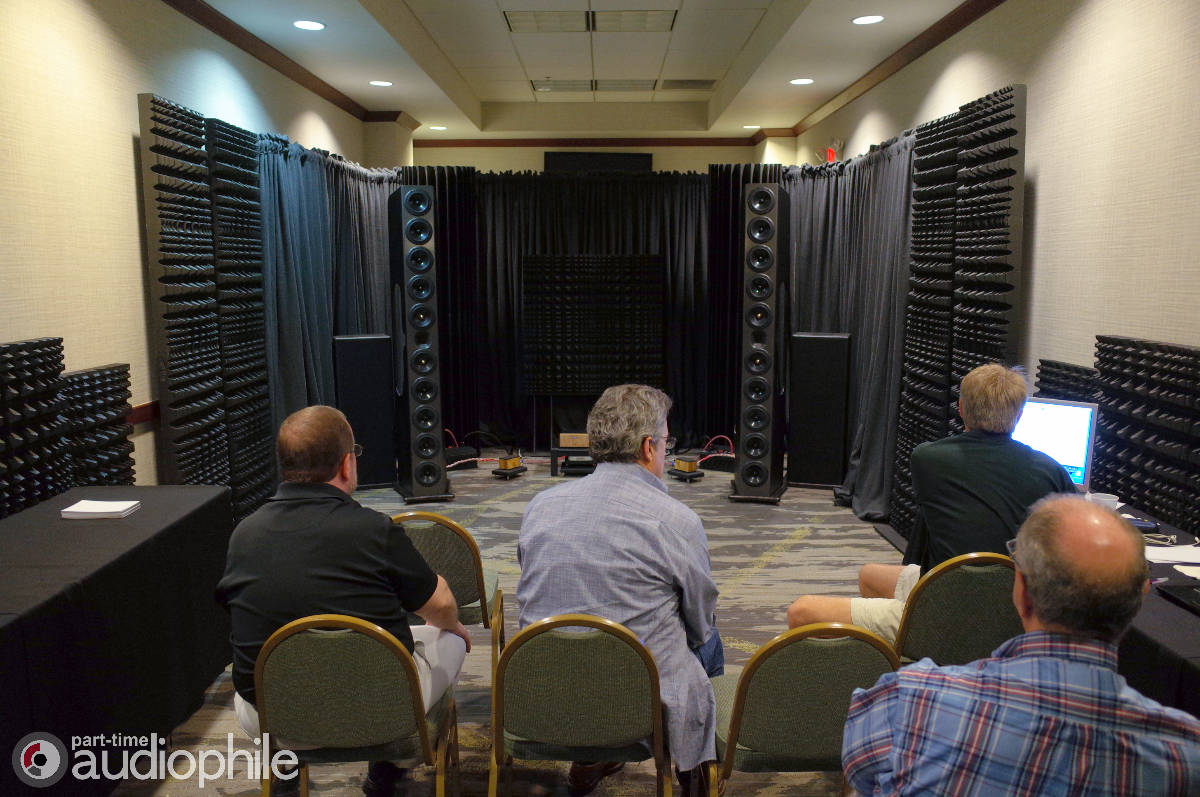 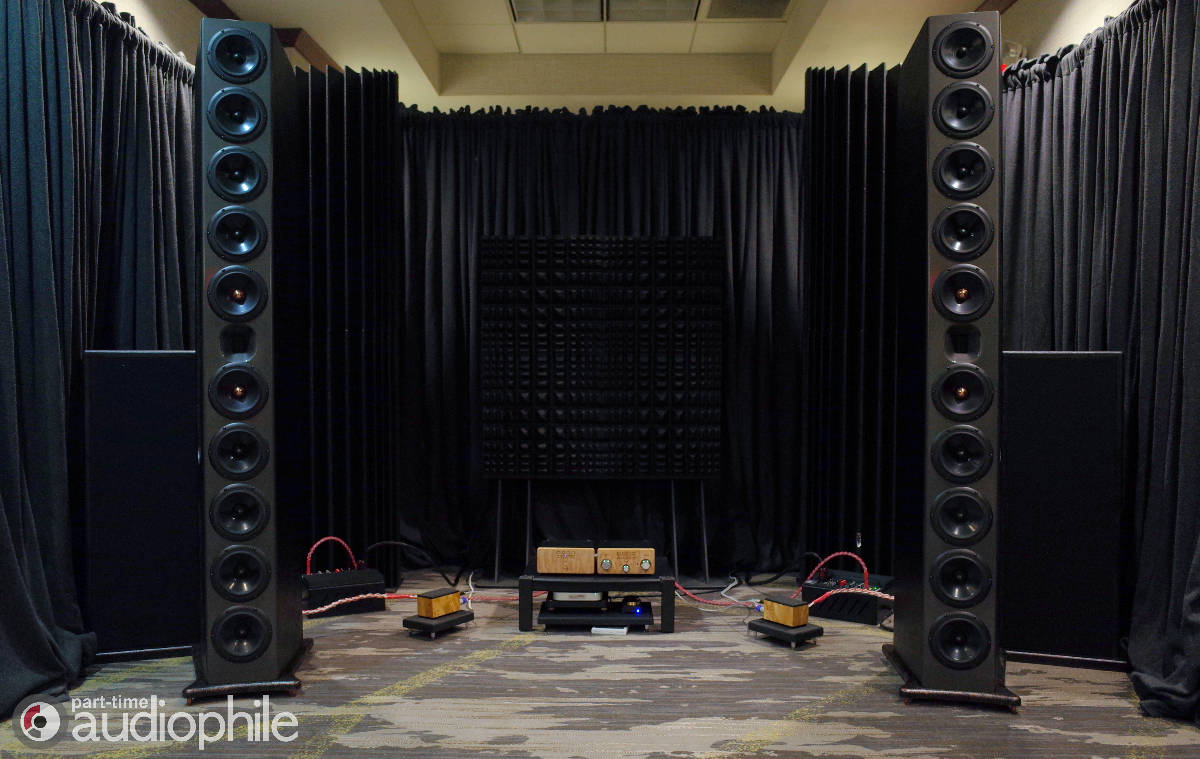 The heart of Danny’s system starts with a MacMini that has been completely modified by db Audio Labs. Among the many mods include a removed power supply. It now runs on an external 12 volt battery. The DAC is a prototype collaboration that several companies and individuals got there hands onto including an output stage designed by Gary Dodd — it is a one off design. The DAC is also off-the-grid and running on a battery. The preamplifier is the top level Dodd Audio battery powered tube preamplifier with several modifications. The amplifiers are 10-watt battery powered chip amps using the TDA7297 chips. Danny built them into a pair of monoblocks with a total of about $80 in parts. In Danny’s opinion they are among some of the best sounding amps that he has ever heard. The only caveat, they don’t produce a lot of power. Cabling is a mix of Hi Fidelity cables and Electra Cables.

The speakers are a completed pair of NX-Treme’s that GR Research offers as a kit. The complete kit with the CNC cut flat packs are $2,995 pr USD. The speakers have 94db sensitivity and are an easy 8 ohm load. So big powerful amps are not needed. The frequency response on the show pair was +/-1.5db from end to end. And they are fully open-baffle from top-to-bottom. The tweeter used is the GR Research Neo 3 planar magnetic driver in a 1.5″ deep open baffle wave guide. The mounting depth of the wave guide physically aligns the voice coil of the tweeter to the voice coils of the GR Research M165NQ/16 open baffle mid-bass drivers. The speaker uses a pair of the mid-bass drivers in a MTM configuration. Above and below the mid-section were eight (four above and four below) of the GR Research M165/16 woofers covering the lower end.

Covering the rock bottom frequencies was a stack of three (per side, six total) GR Research 12″ servo controlled woofers in a H frame cabinet. These open baffle subwoofers play flat to 20Hz and hit -3db marks in the teens. The servo amps were the only thing in the system that was plugged into the wall and running on AC. 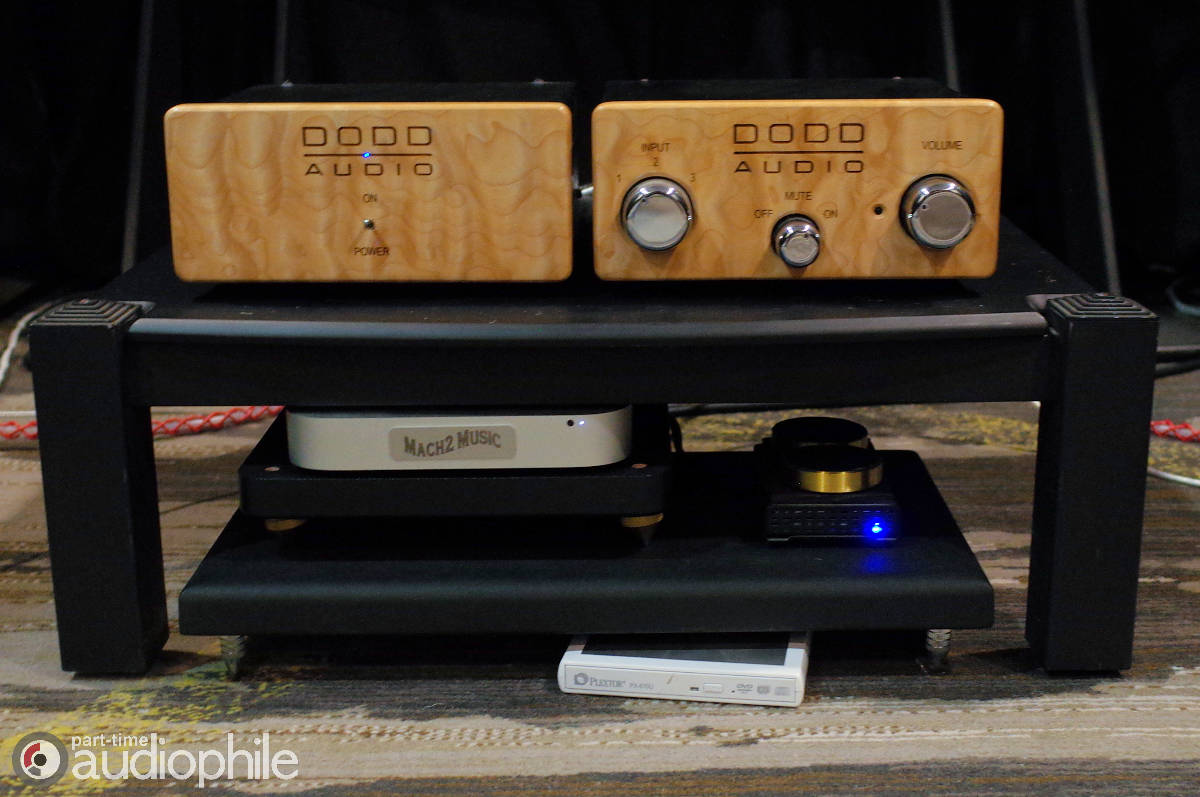 The scary thing about it all, is that these 94db sensitive loudspeakers were being driven by battery powered 10-watt chip amps from Danny, and fronted by Dodd Audio battery powered electronics. 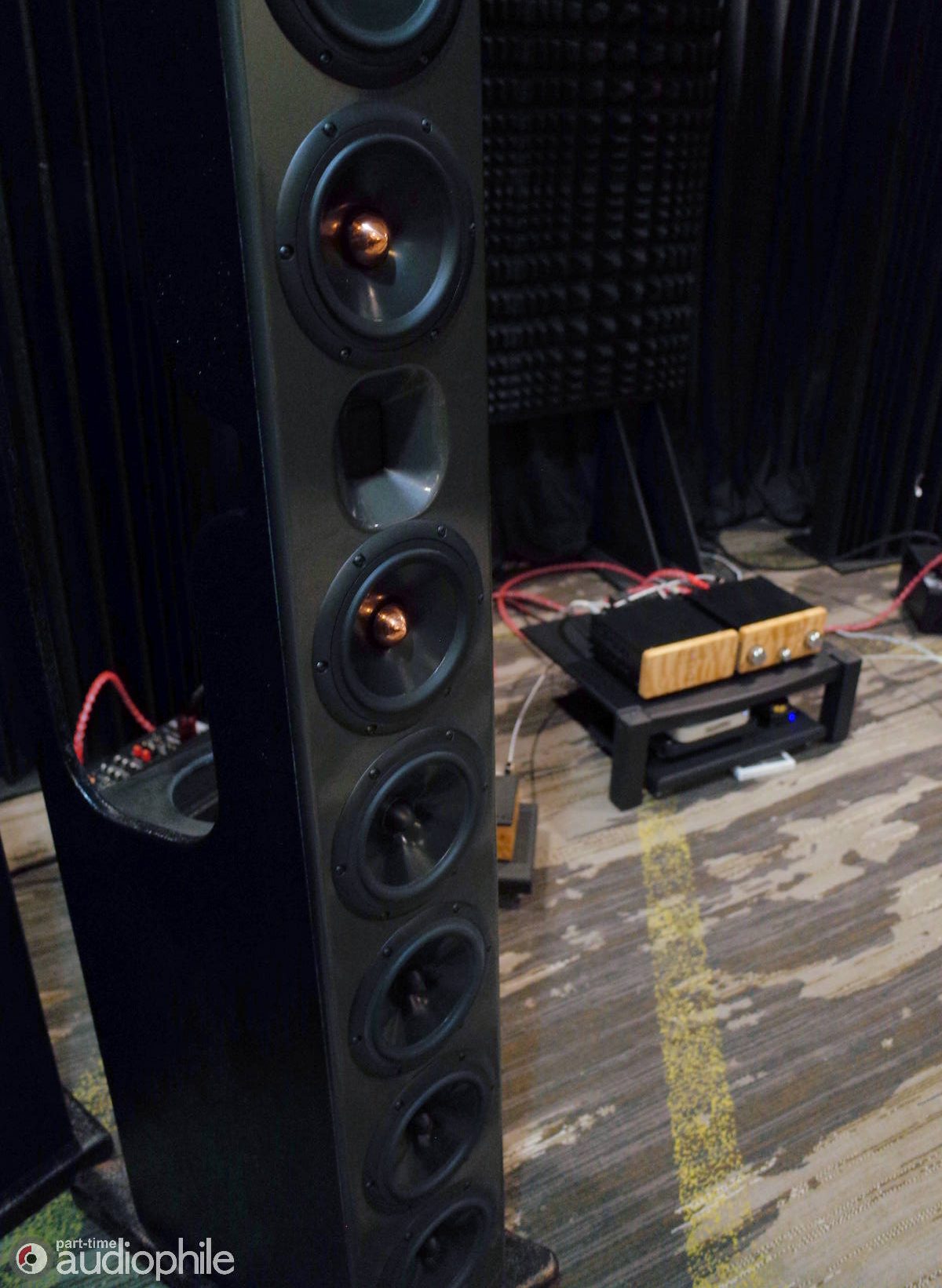 If the NX-Treme are indeed a larger version of the NX-Otica, then I am seriously considering putting myself in the market for the NX-Otica loudspeakers.

The system sounded great. Playing the largest room at the show by many times over, may have been to the benefit of Danny’s system, but the room was completely under control to my ears. Even though I left the show early on Sunday morning, it was from others reporting that the sound got even better with the rearranging of room treatments that left me baffled. I already had deemed it the best sounding room at the show, and now I missed out on the sound-stage depth getting better. Yikes!

Wynn Wong is a very unassuming guy, who has a big smile, quiet charm, and an infectious smile that instantly puts people at ease. Every time I checked out his room at the Salon Audio […]

My first encounter with Vanatoo self-powered speaker systems began here at Capital Audiofest 2014, of which we shall all do our best to forget that was well before my Part-Time Audiophile days, and near the […]