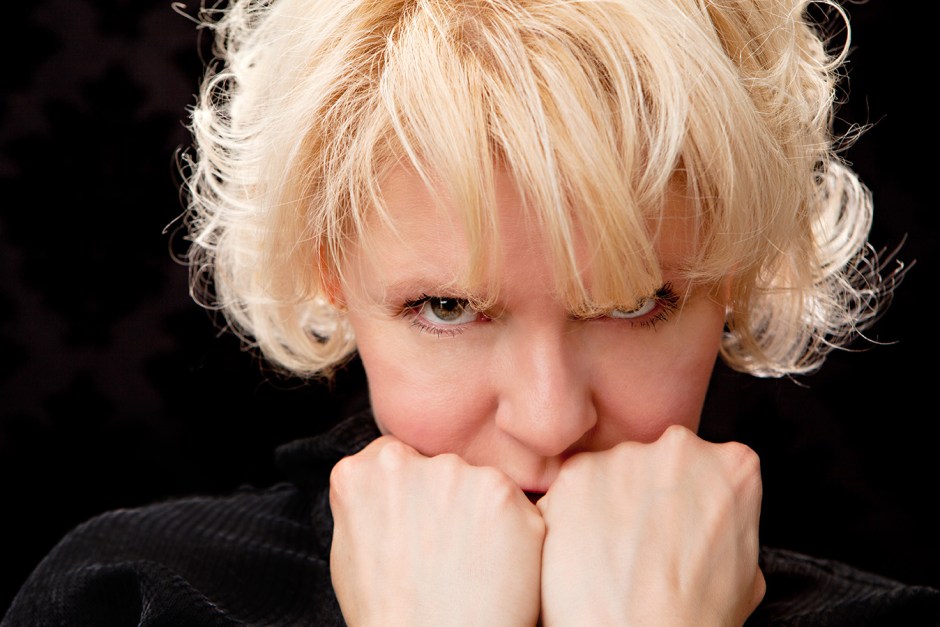 There’s a huge pile of recordings of female vocalists on the coffee table in my listening room right now, and Beata Pater‘s Tet has been sitting there for months, unnoticed. That was a mistake since this Polish-born singer, also a classically trained violinist, sounds just different enough to emerge from the pack as someone different and worthwhile. Pater isn’t concerned with being just a jazz singer, the kind who takes all the classics from the Great American Songbook and tries to put her stamp on it. From the opening notes of Tet, her ninth album, Pater’s goal is obvious. Backed by a lush orchestra and dreamy arrangements, Pater sings like an angel. That’s not meant to be a cliche–her voice is light and soothing and it always sounds like it’s located from somewhere out in the clouds.

That ethereal delivery is deliberate, but it is natural. Beata Pater has done a few things to ensure that the nine songs on Tet float above the earth. There are no drums on this album, which deconstructs the idea of a big band jazz album. But as beautiful and easy as it all sounds, there’s an edge to the music, a feeling that there’s much going on underneath all that pretty. On her last album, Fire Dance, Pater took a cue from the Cocteau Twins’ Elisabeth Fraser and concocted a female vocal album without words. In other words, she’s not afraid of taking risks within an otherwise comforting genre.

On Tet, Beata Pater concentrates on her wanderlust–her upbringing in Poland and how it centered around playing the violin while the other kids were outside playing, her gravitation toward funk and jazz fusion as she got older, and eventually her years spent in Tokyo, the UK and the US. She’s lived in the “Southern California desert” for the last decade or so, which could be almost anywhere, and that physical environment informs so much of her music–enormous, spartan but intriguing once you move in closer and see all the quiet details.

Tet, if you didn’t already know, is the ninth letter of the Hebrew alphabet, and the number 9 is represented by the letter itself. There are nine tracks here, so it’s key that this number, which often symbolizes creativity, has a specific purpose here. These songs, rich with melody and invention, have an uncanny way of invoking Beata Pater’s life experiences through both cultural touchstones and the specific words that she utters. You can focus on that side of Tet, the hidden layers of meaning, or you can bask in Pater’s untethered vocal style. Either way, this album is fascinating in a quiet way, like the desert.

I’ve fallen for Trees Speak‘s new LP PostHuman in the same way that I fell in love with Rasmus Kjaer’s Turist a year ago. Both albums are part of that nebulous world of electronica, but […]

This week’s international jazz surprise comes, once again, from Russia. My Story from Ilugdin Trio isn’t as esoteric as some of these other albums I’ve been reviewing–even from fellow Russians such as LRK Trio. Instead, […]