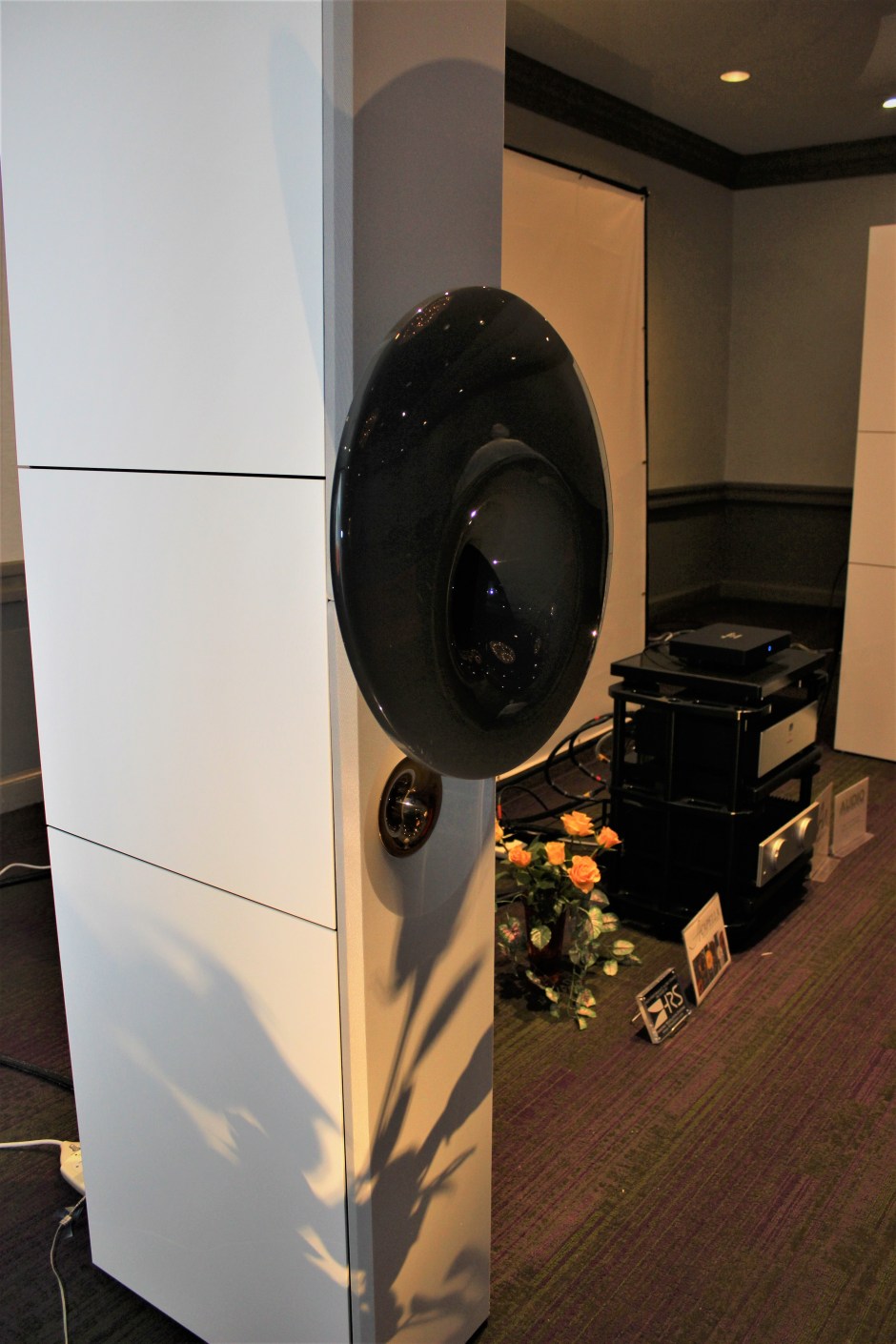 Audio Federation had a deceptively simple system at the 2019 Capital Audiofest, something that was less than obvious when you considered the gigantic Acapella Campanile 2 loudspeakers dominating the room. But yes, it was a simple system in an equally large room downstairs, a room filled with plush chair and comfy sofas and plenty of room to hang out and chill. Audio Federation’s wonderful and kind co-owner, Neli Davis, sat with me on one of sofas and walked me through the system. She also invited me to hang out in the extremely accommodating space if I needed a place to write–that’s what kind of room it was. Plush, relaxing, not too far from the seating areas in an Alamo Drafthouse but much classier. 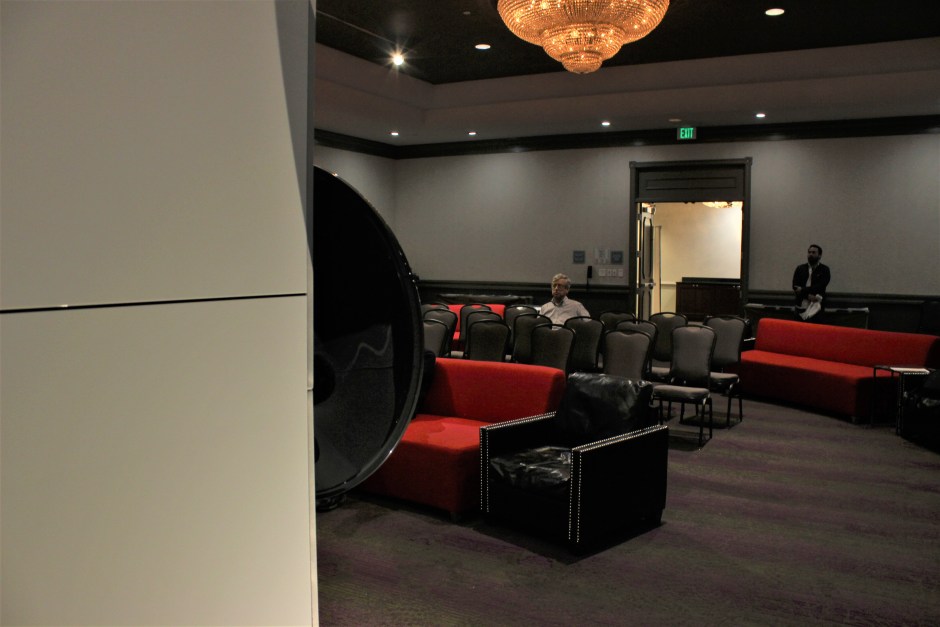 Back to the Audio Federation system. You think about those enormous Campanile 2 horns speakers, how they’re 93 inches tall and weigh 450 pounds each, how they have four 10″ bass drivers and that distinctive horn-loaded midrange and a plasma tweeter, and then you’re surprised that they were one of the most affordable components in the room. Sure, $66,500/pair isn’t anywhere in the vicinity of affordable, but you take one look at these Acapellas and think they’re going to be priced well into six figures. No, the most expensive component was the Acapella LaMusika integrated amplifier ($110,000), followed by the Audio Note UK DAC Five Signature ($98,355). 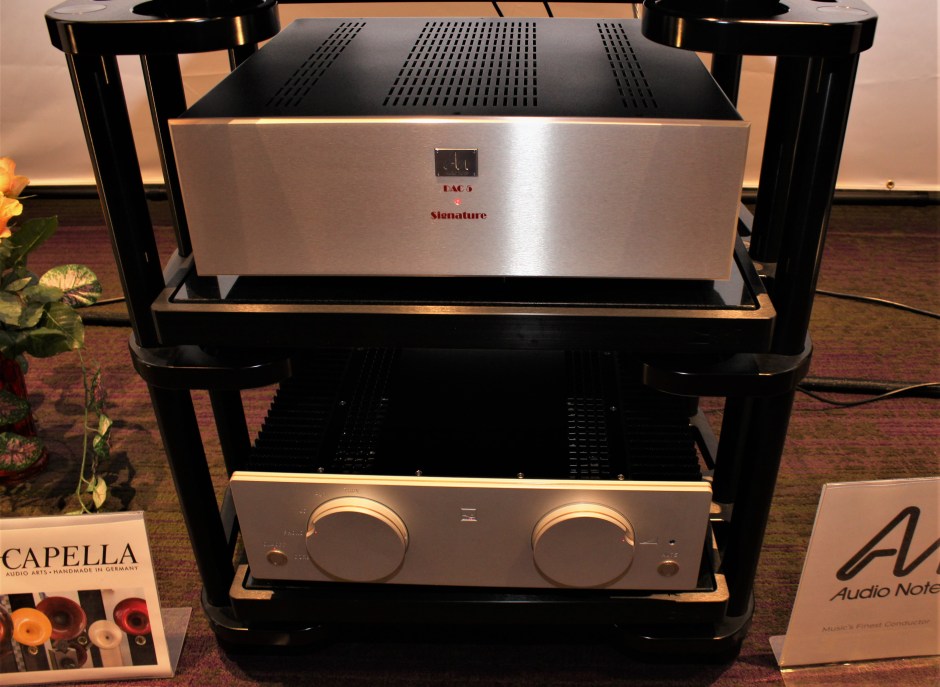 These were two relatively simple yet elegant boxes sitting on a single HRS stand in that huge Audio Federation space–they didn’t weigh 450 pounds each, they weren’t 93 inches tall. But they were serious pieces on their own. The LaMusika is a hybrid design with E182CCs in the initial gain stage and MOSFETS in the output stage. There’s silver wire everywhere inside this somewhat normal-sized box, transformer coupled balanced inputs and outputs, and get this–around 2000 watts per channel. The DAC Five Signature is also impressive inside, with lots of Audio Note silver wire and a valve-regulated power supply and, again, transformer-coupled outputs. The system also included the tiny Acapella Audio One music server ($6875) and cabling from both Acapella and Audio Note. 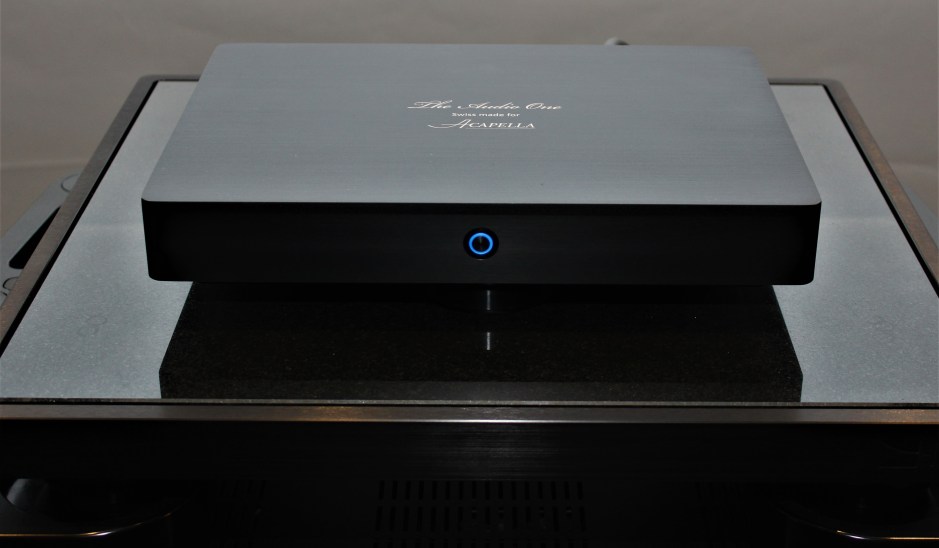 The sound in the Audio Federation room was powerful and impressive–even as I sat a couple of rows back from the system I could still feel the air smacking me in the chest. This was one of a handful of big rooms at CAF 2019 using big horn speakers to energize a big room, and Audio Federation made it seem effortless. Neli and husband/co-owner Mike Davis have recently moved Audio Federation from Colorado–where I always wanted to come for a visit–to Palo Alto, California. Perhaps I’ll make plans to see them the next time in the area. They really have exquisite taste in gear, and they’re really nice people. 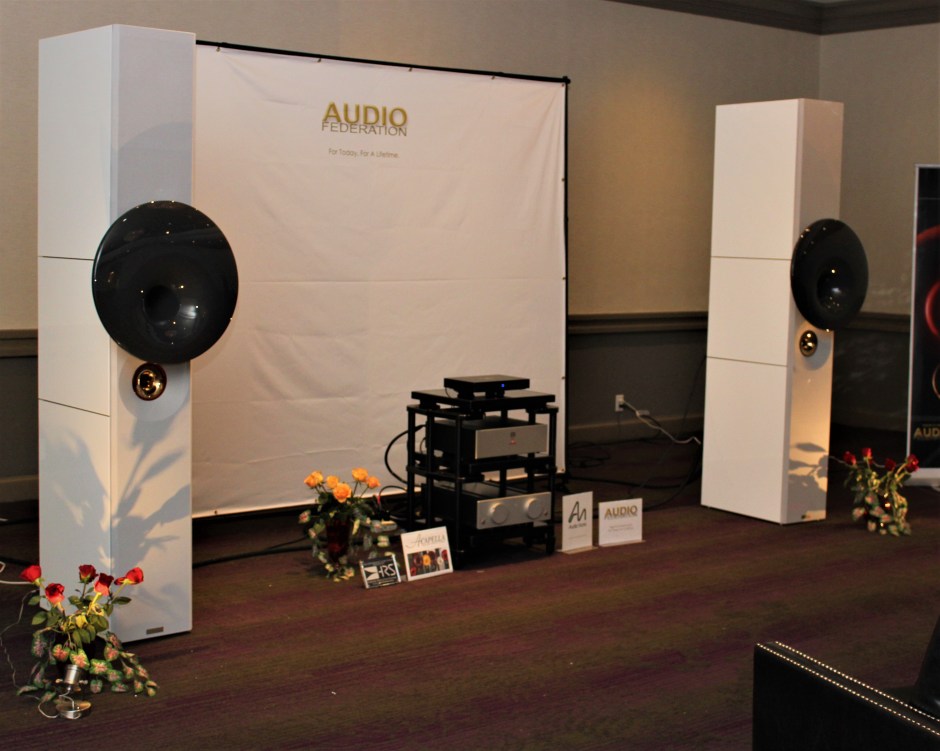 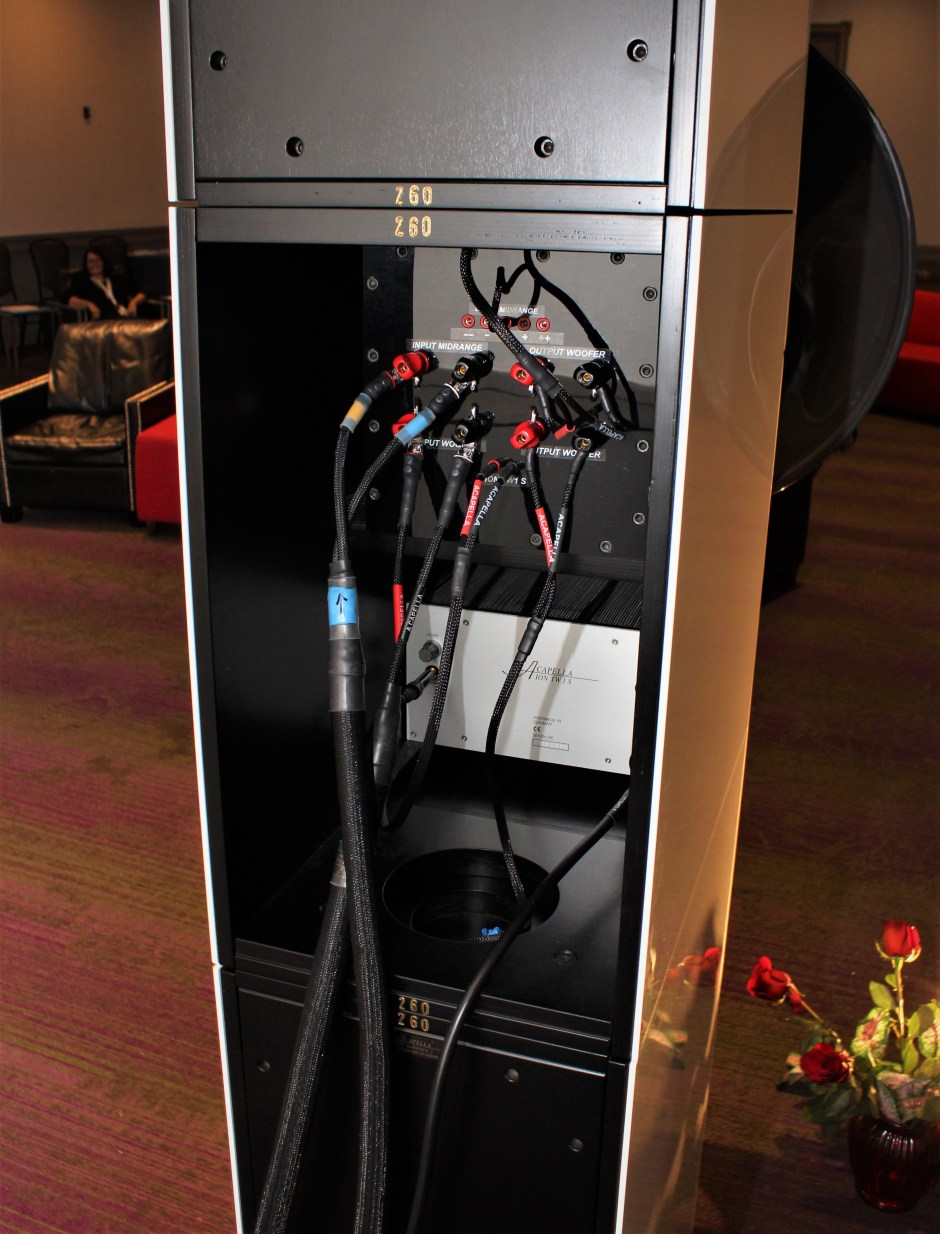 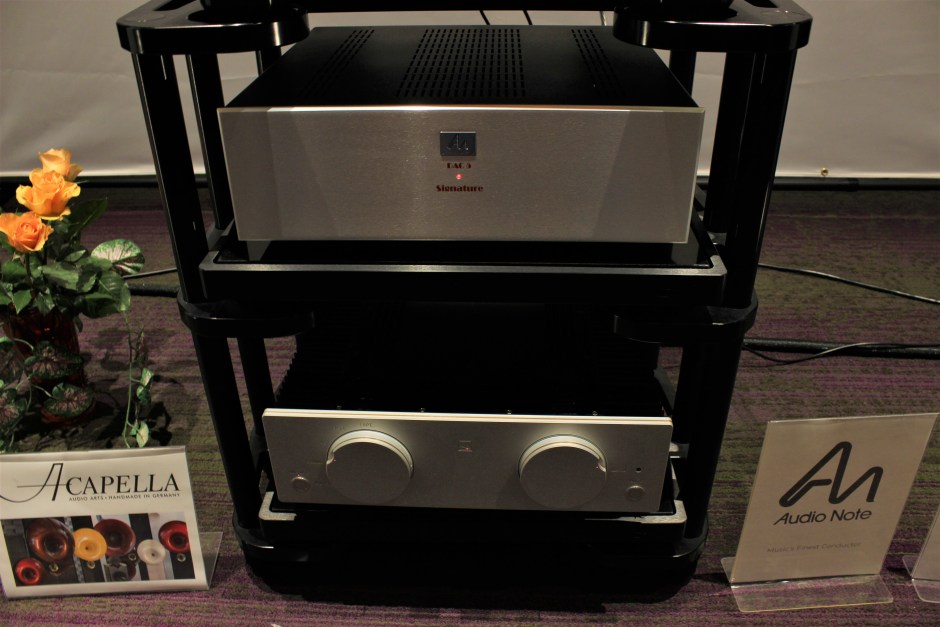 I have a natural affinity for everything David Cope is doing at his Old Forge Audio dealership/distribution company in Mystic, Connecticut. As I’ve mentioned, he took over my two New Zealand brands, Pureaudio and The […]

In a time where audio shows are being canceled faster than toilet paper is being pulled off the shelves, Definitive Audio managed to host Music Matters 15 to celebrate their 45th year in business in […]