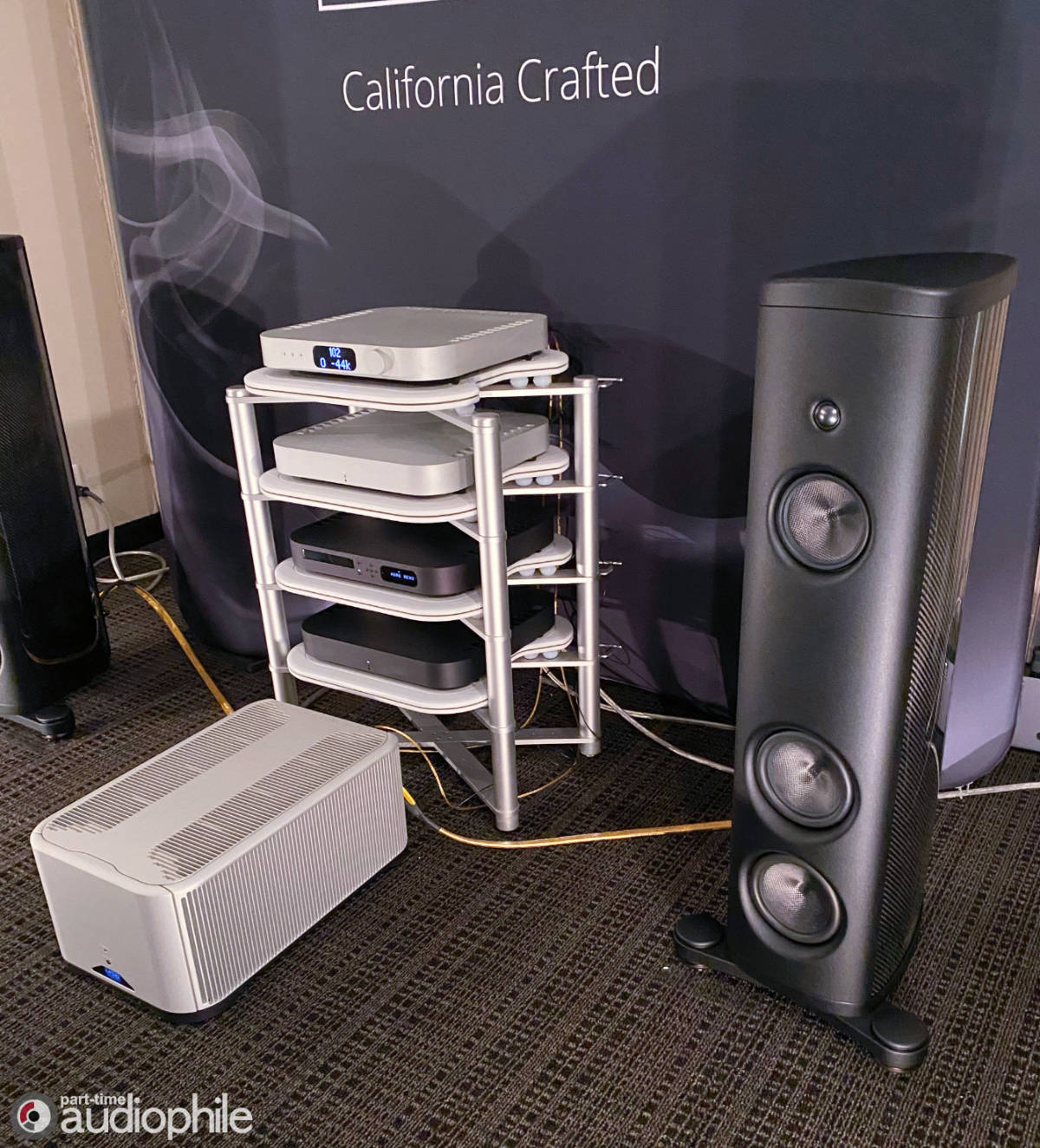 Tampa, Fl. (PTA) — When “Mother Nature” decided to remind me of her awesome power to make a huge mess of flight schedules, I got a nice 16-hour travel day. I could have driven to Tampa from my home in Winston-Salem, NC faster.

The series of tornado canceled, re routed super turbulent flights through snowy Chicago, made for a full-day-slog. It was all worth it, with my travel ordeal forgotten, when I sat down to listen in rooms like the MSB Technology / Magico room.

At the show, MSB premiered its new uber-powerful S500 stereo power amp. The 500 watts per channel, zero feedback, amp is also available in mono-block form (M500). Prices were not yet available. This new series is more than an update of the M200 series, it’s a clean-sheet redesign with enough new tech to impress the Borg. Plus, like all the other MSB products, it looks totally badass. 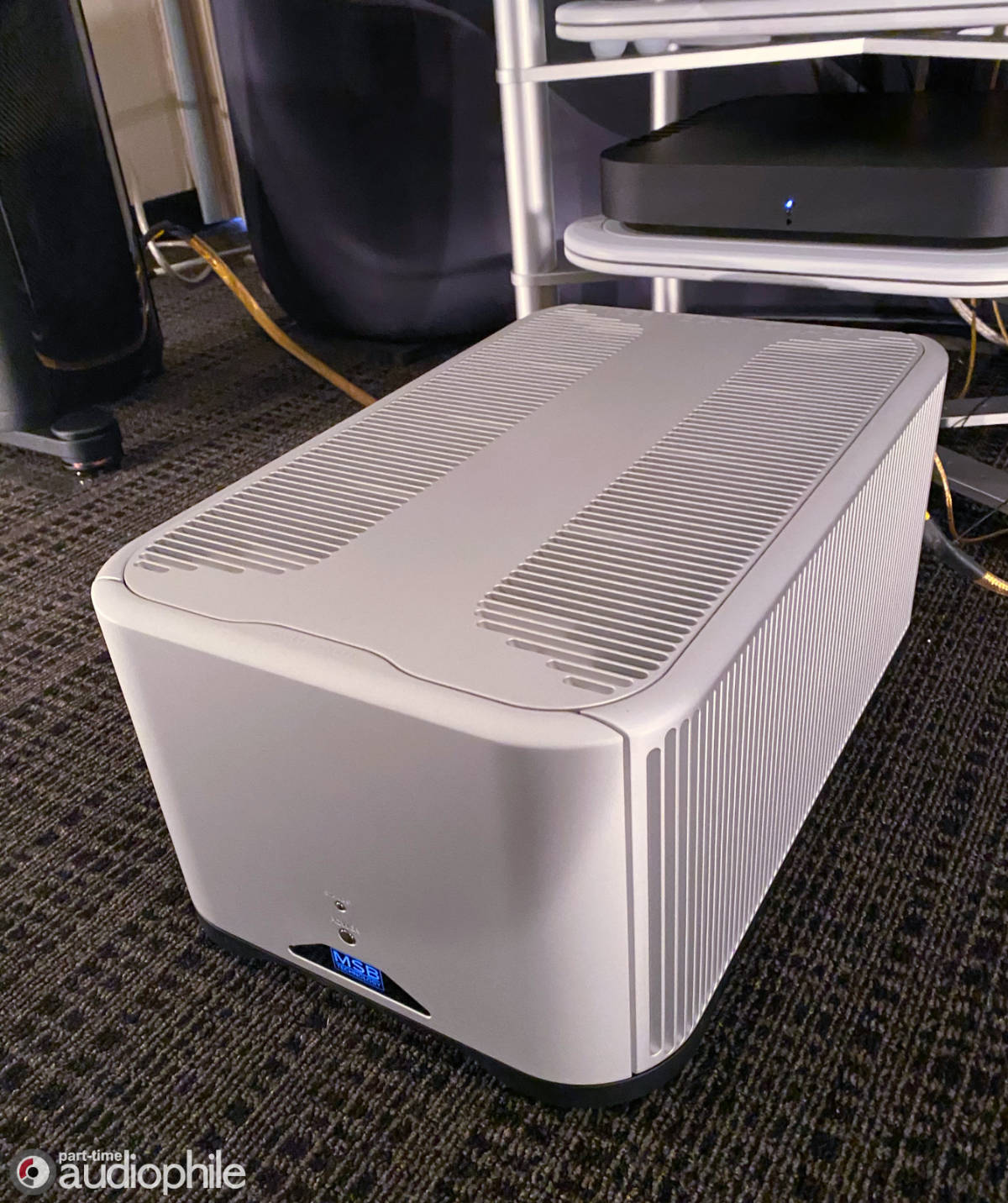 Vince Galbo from MSB told me the amp has like a MILLION mf of capacitance in the power supply. I joked with him you could turn it off and probably hear the thing playing for an hour… but tech credentials don’t mean squat to me unless something sounds good.

With the company’s Reference DAC and Power Base ($39,500 USD) including premium output module option feeding the S500 directly, I’ve never heard digital sound better. Of course, the Magico M2s ($56,000 USD with $7,600 USD stands) didn’t hurt. As a hardcore analog guy, I could have been happy listening to music on this system all-damn-day.

The noise level of the DAC/amp combo was so low, I can’t remember the last time I’ve heard music spring from such a velvety black background. How much more black can this be? The answer is none. None more black. Maybe that had something to do with power conditioning by Gigawatt and Audioquest (Niagra 1200 and 5000), who knows? To complete the picture, all cables used were Analysis Plus golden oval. 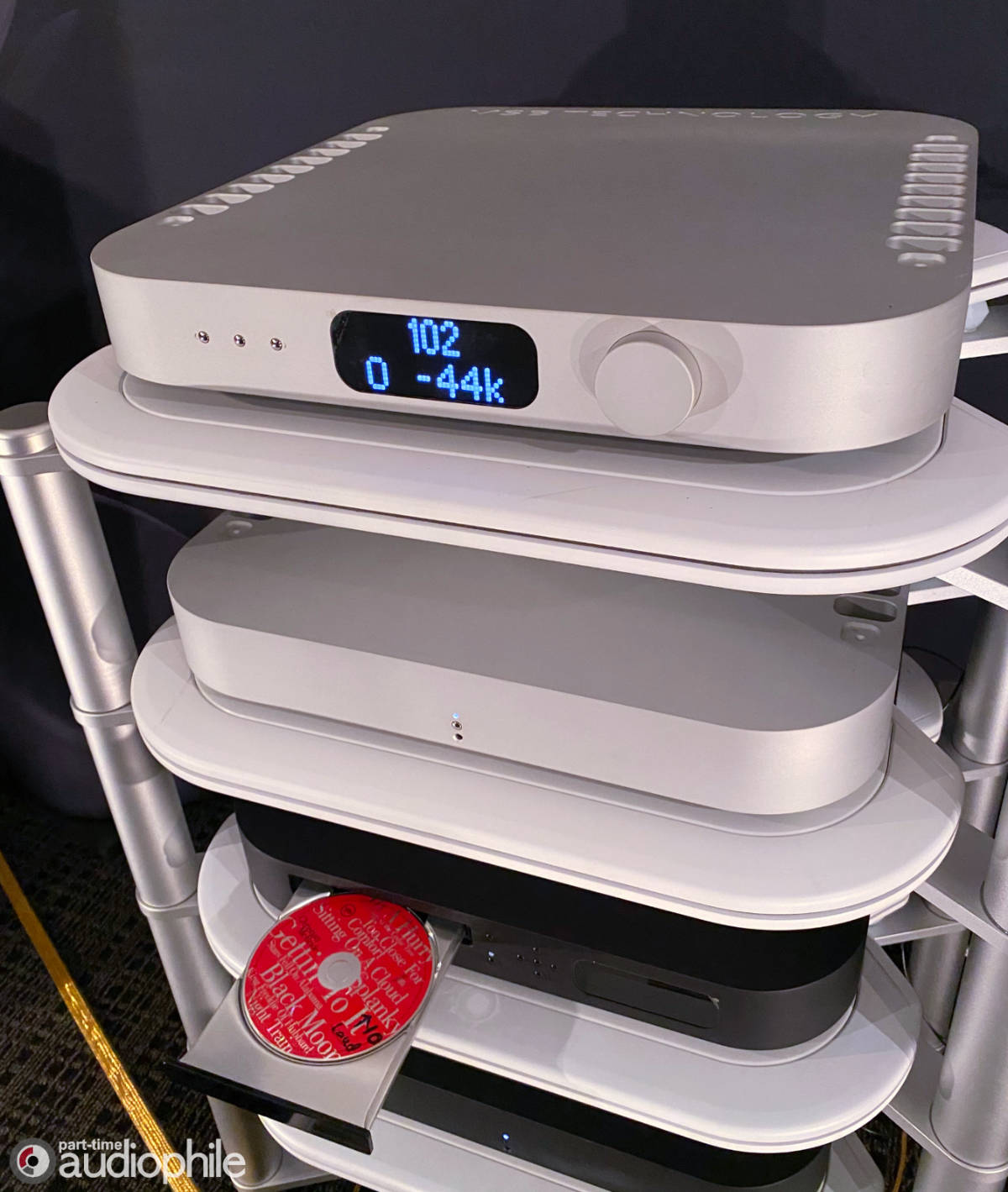 The MSB Reference Transport and Power Base ($18,000 USD) was used to play 16-bit 44.1K CDs in a move that goes against the common audiophile lust for hi-rez digital source material. It was a subtle but proud raised middle finger that seemed to say ‘our shit is so good you don’t need fancy hi-rez to be blown away’ or something to that effect. I can’t wait for years from now when CD will come back and be hailed as superior vintage digital.

I heard several things including a tape-cut-off in the Dean Martin album Dream With Dean which seems to be a favorite demo album at shows. The sound of Dean is so captivating, as Marc Phillips likes to say – on a good system “You can hear what brand of cigarette Dean was smoking.” Here on this MSB/Magico system, I could hear that and what session guitar player Tommy Tedesco had for lunch – Italian delivery from the joint around the corner at Capitol Studios.

There were a number of spectacular, cost-no-object components drawing stereo fans at the Los Angeles Audio Show, but the room I had the hardest time getting into featured a $350 USD rig. Even late Sunday […]

If you want to clear out a room full of “audiophiles” super quick, just put on Aphex Twin, and crank it. British guys in bow ties practically leap from their chairs out the door, dudes […]

LOS ANGELES (PTA) — What’s old is new again. Cassette tapes and their players are finding a whole new audience with younger Millennials and the financially rising Generation Z’ers who are resurrecting the once deceased […]