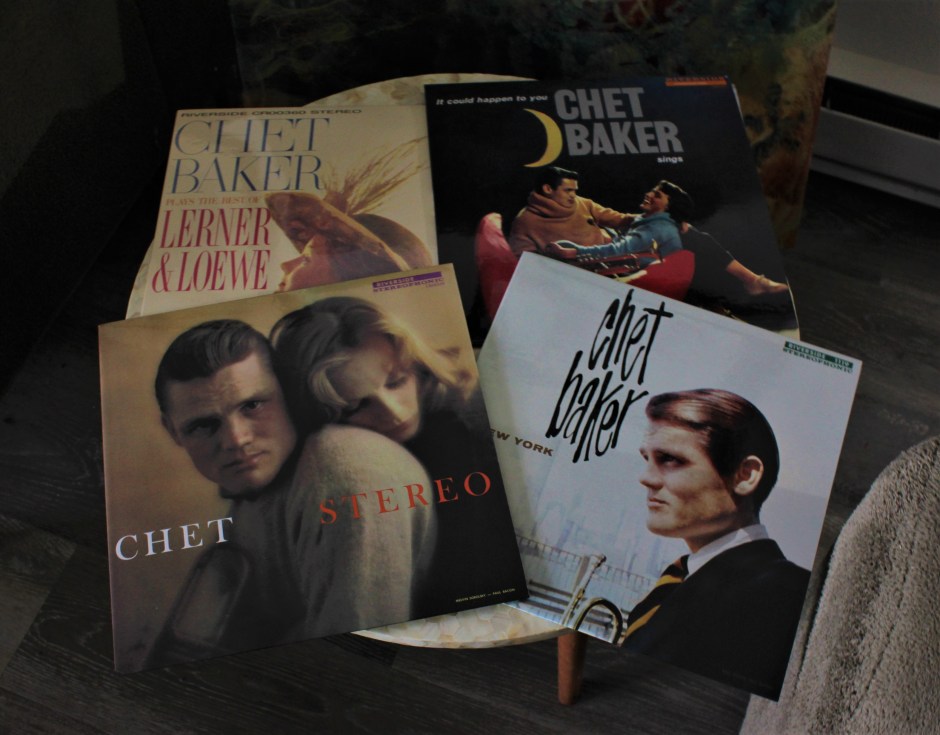 Sometimes I get LPs in for review, and I open up the cardboard record mailer and I look at the title and I start thinking about how I’m going to review it. Other times I open the package and think, “Happy Birthday and Merry Christmas to me!” These four new Chet Baker LP reissues from Craft Recordings certainly fall into the latter category. The best way to describe this score is to imagine I’ve got a nice gift certificate for one of my favorite online record stores, and I look to see what’s new in jazz reissues and find these. Yeah, you bet I’d put them into my shopping cart.

I dig Chet Baker, but he’s one of those jazz legends I’ve yet to fully explore. I treasure my copy of Chet, but it’s not the audiophile reissue from several years ago so don’t ask me to compare this with that. I found it at an estate sale many years ago, and it’s still in pretty good condition and has served me well over the years. But would I like to replace it with a remastered version? Quite possibly. So I’d be happy to have just this album from Craft, not all four. Jackpot. 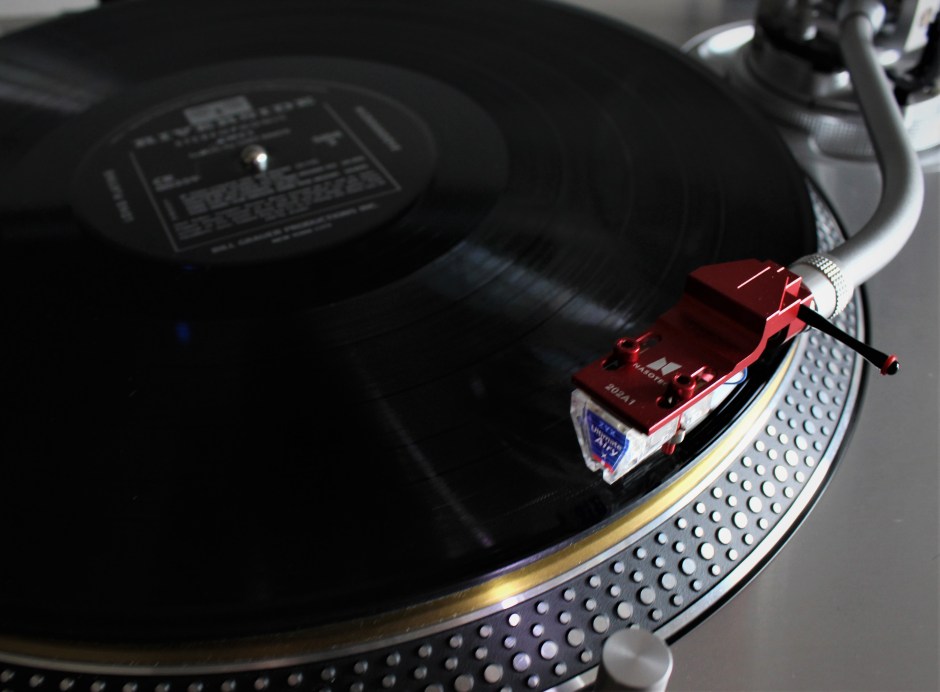 Let’s go over these four Chet Baker albums, released between 1958 and 1959 for Riverside, which are notable for having four completely different vibes. First there’s the aforementioned Chet, a collection of ballads from 1958 that may be the most sexy and sultry jazz trumpet performance in recorded history. It’s the album I think of when we talk of great make-out jazz through history, the kind of music that makes you suddenly realize that you’re wearing too many items of clothing.

At the same time, this is some of the slowest, gentlest jazz in the pantheon of the great classics from the late ’50s and early ’60s. This is a rare trumpet player, one who is so layered and thoughtful and soft, so soft you think he snuck a flugelhorn into the studio to see if anyone would notice. No, it’s just Chet Baker’s horn, but I should also mention he has Bill Evans, Herbie Mann, Kenny Burrell and Pepper Adams on stage with him. You gotta knock it out of the park.

The second and most intriguing album is (Chet Baker Sings) It Could Happen to You. (Note: this is actually Chet’s debut for Riverside–I’m not listing them in order.) I’ve never heard this album before now, but I was aware of its existence. You know when you’re intimately familiar with a person’s face and you’re completely shocked the first time you hear their voice? (Think Teller or Jared Kushner.) Baker has a very nice crooning style, but it’s surprisingly high-pitched. Not Jimmy Scott high, but very youthful. I guess I’ve seen too many photos of those pomade-encrusted locks cascading down his forehead, some lovely young woman totally enthralled with something in the distance, or at least the back of Chet’s head. He should have the voice of a man who’s smoked filter-less Camels for the last 20 years. Honey and gravel, perhaps.

Instead, his voice is innocent and boyish and somewhat earnest. After the novelty wears off, you discover that he knows exactly what he’s doing and he’s very confident doing it. And I’m sure there are plenty of people out there who are already a big fan of his singing and think I’m a dummy for bringing it up. But by the end of my first listen, I was digging his voice as well. 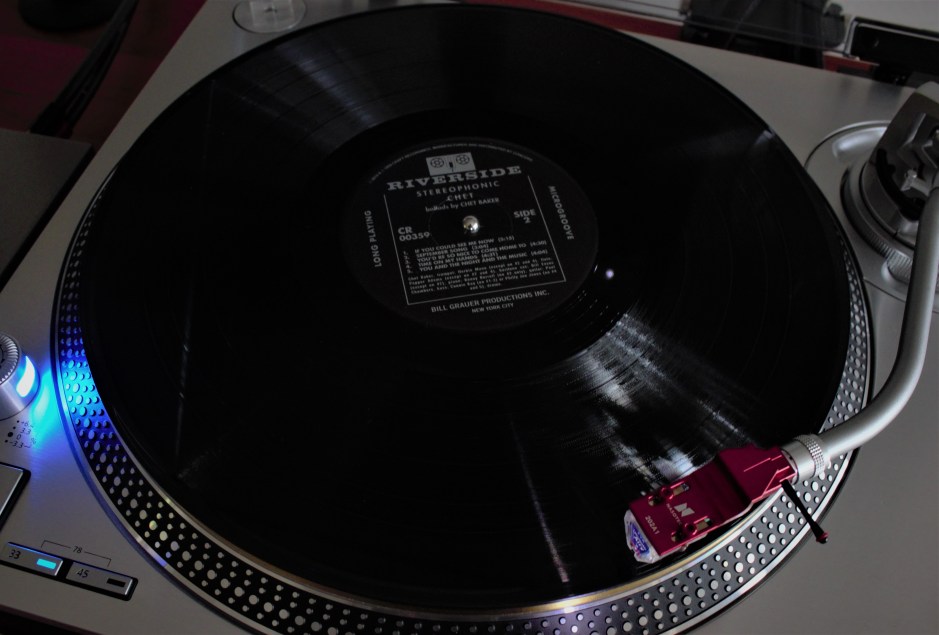 The two remaining albums, 1958’s Chet Baker in New York and Chet Baker Plays the Best of Lerner and Loewe, capture the trumpeter in two slightly different environments. CBINY has Chet playing with a slightly more dynamic band including Philly Joe Jones, Johnny Griffin, Al Haig and Paul Chambers, so you can hear him swing a bit, and the Lerner and Loewe album was a chance to do things even bigger, with covers of Broadway tunes that gave Chet Baker a chance to expand upon his style.

For those audiophiles and LP collectors who feel a little disappointed that I didn’t compare these quiet yet surprisingly dynamic pressings with other Chet Baker audiophile releases, all you need to know is this. As Craft explains, “The recordings, which feature such icons as Bill Evans, Johnny Griffin and Kenny Burrell, have all been cut from their original analog master tapes by Kevin Gray at Cohearent Audio and pressed on 180-gram vinyl at RTI.”

They sound magnificent, by the way. So beautiful and revealing that I used them to carefully evaluate the sonic differences between the two Bryston power amplifier in this upcoming weekend’s review. Also, I just discovered that our own Darryl Lindberg covered these releases last year–so take the hint!

What a gift, Craft Recordings. Thank you!