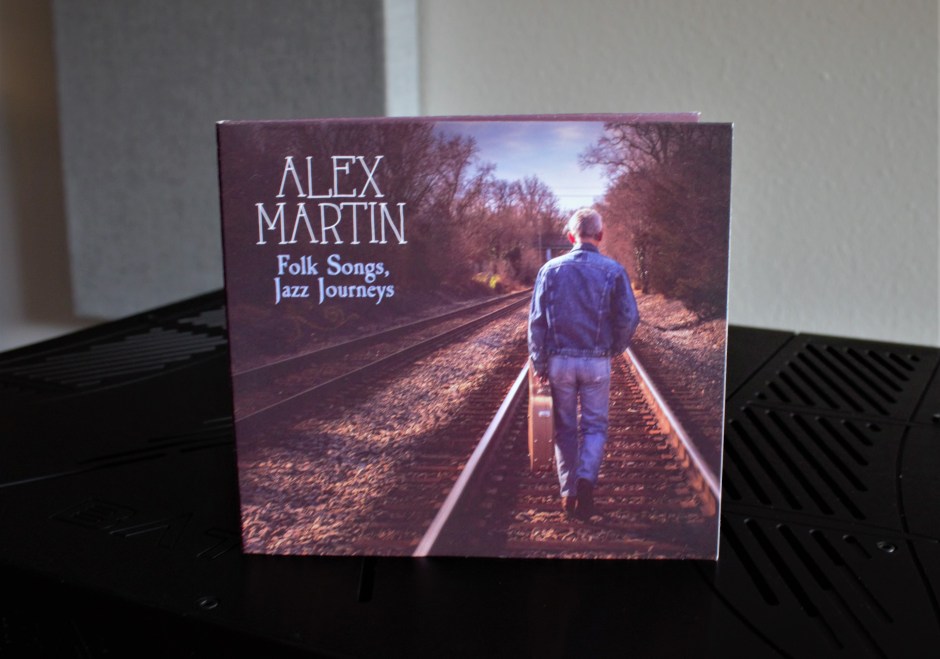 Take one look at the title of the new album from guitarist Alex Martin, and you’ll probably have a pretty good idea of what kind of music is contained within. Probably folk songs arranged through the lens of a jazz composer, or some kind of mash between the two, right? Alex Martin, like me, has wandered all over the place–he was born in France but grew up in rural North Carolina–so it makes sense that Folk Songs, Jazz Journeys is a reflection of all those musical styles, specifically jazz and folk, that influenced him during his life.

While you’d be mostly right about Alex Martin, you be missing a lot of the subtexts and subtleties he employs during the course of the album. This is another omnibus of a jazz album, but with all the unusual instrumentation and the gentle hopping between genres I find myself reminded of a strange time in my life, musically, in the early ’90s, when I was really trying to free myself of the stale aftertaste of the pop and rock I once claimed as my own. Sometimes I find those road bumps in my record collection, New Age, world music, stuff that defied categorization, anything that was different than what I grew up with.

Alex Martin is a brilliant guitarist, one who can take a specific phrase and put it into a number of contexts so that it will conjure up those genre markers and proclaim that we’ve arrived and we’re setting up camp. He doesn’t do it all himself, of course–a dozen musicians from the Washington DC music scene join him and add those flavors. Vocalists such as Maya Rogers, Lynn Veronneau and Elin Melgarejo will act as guides through the Brazilian tinges, and instruments such as tabla, balafon and cello expand that palette.

Folk Songs, Jazz Journeys is yet another project recorded during the pandemic, and I’m starting to see a blossoming in the world of contemporary jazz, a can-do spirit that is borne from true artistry. We can’t sit by and let the time pass without making music. It’s time to celebrate musicians such as Alex Martin who called his friends, summoned the tech, and kept those musical journeys moving ahead. There will be a time, decades from now, where we will look back on the music created today and think of all these silver linings.

Jeff Williams and his new album Bloom makes me rethink all of those reviews where I discuss the idea of the drummer-as-leader in jazz, and how that individual coaxes performances from the others on stage […]

Van den Hul? I finally get to review some Van den Hul? Honestly, I’m not entirely sure I’ve even heard a Van den Hul product before. Maybe at a high-end audio show or in a […]