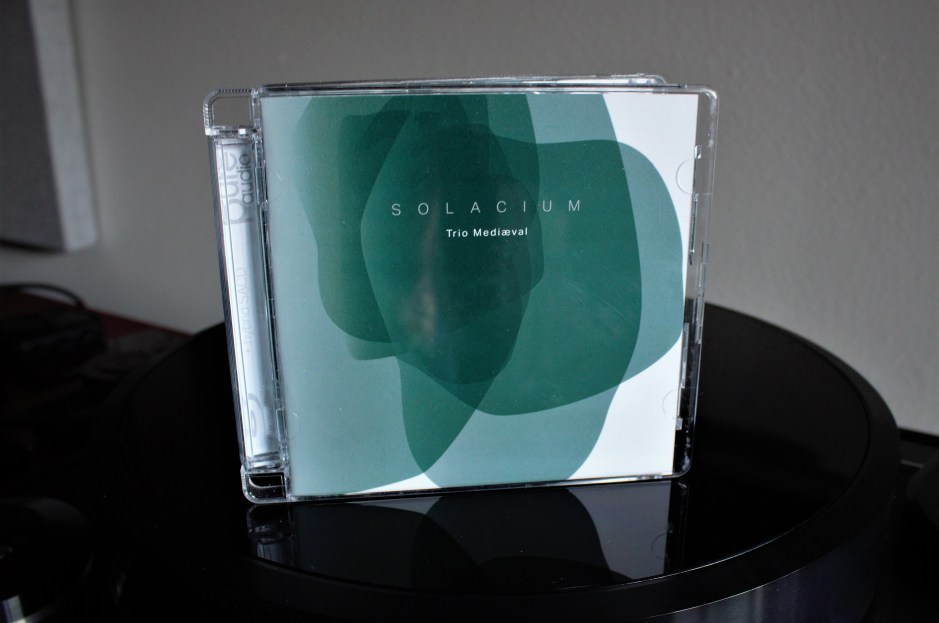 My favorite 2L Recordings albums tend to be those that feature the human voice, such as in a choir. The reason is simple–there’s something gloriously pure about the sound of a human voice, as found in Solacium from Trio Mediæval, bouncing around a big old Norwegian church, the kind with big open beams that allow the sound to travel through the spaces and explore every nook and cranny. 2L Recordings releases from Norway are generally so impressive, using technologies such as Dolby Atmos and Auro 3D and providing listeners with so many format options: Blu-ray Audio, SACD, 5.1 Dolby TrueHD, MQA…since my 2L Recordings reviews must number well over 100 at this time, I thought I might remind everyone and how complete each 2L release is.

If you’re into modern digital recording techniques, you’ll be fascinated. If you’re an educated music lover, you’ll be challenged by the purity of something like Solacium from Trio Mediæval, all these steps that 2L’s Morten Lindberg has taken to ensure a musical project that is satisfying on so many levels. Over the years, I’ve gravitated toward listening to them using the two-channel CD/SACD layers because that is how I listen to music. But I’ve heard some of these recordings in the surround formats on impressive and expensive multi-channel systems and that’s a whole new world to explore–one that takes money and physical space to pursue properly. But it sounds tremendous and is worth it to the relatively and able few.

Solacium has a simple theme. Anna Maria Friman, Linn Andrea Fuglseth and Jorunn Lovise Husan make up the Trio Mediæval, and this recording features ancient lullabies and hymns that shouldn’t be captured anywhere other than one of those big old Norwegian churches. (Sofienberg seems to have emerged as Lindberg’s go-to venue lately.). These three vocalists have that solemn hymn-singing manner down, allowing the reflections of the church rafters to supply the editorial commentary. But here’s something a bit different–Trio Mediæval is joined by saxophone player Trygve Seim and double bass player Mats Eilertsen, so now we can examine the surprising differences these two musical instruments supply. It’s a compelling study to note the differences in dynamics, specifically, and the shapes of the sounds that materialize.

“We’ll never know the first song or the first singer,” says John Potter in the liner notes, “and we’ll never know what they sang about.” Many believe that the origin of song came from a simple lullaby, a parent trying to get a child to settle down for the night. It’s that focus on the family, and making music in the home, that gives Solacium its strength and its solace. Trio Mediæval has been together since 1997, and they thoroughly explore each of these primarily Norwegian (and German and Dutch) pieces as the mysteries they are, with composers unknown unless you want to credit entire civilizations. That universal feeling of family and the quiet moments at home are what energizes this release.

Seeing guitarist Larry Corban with his burgundy Gibson L-5 archtop reminds me of the first time I heard a hollow-body guitar, back when I was a teenager. A good friend of mine was an avid […]

I’ve mentioned the influx of European jazz that’s suddenly arriving in the mail, especially from Switzerland, but here’s a CD from Russia that made quite a surreptitious entrance. I saw the little customs labels all […]

I don’t always go down to that big headphone room on the main floor of most high-end audio shows, mostly because we have some real headphone freaks at PTA and they always beat me to […]