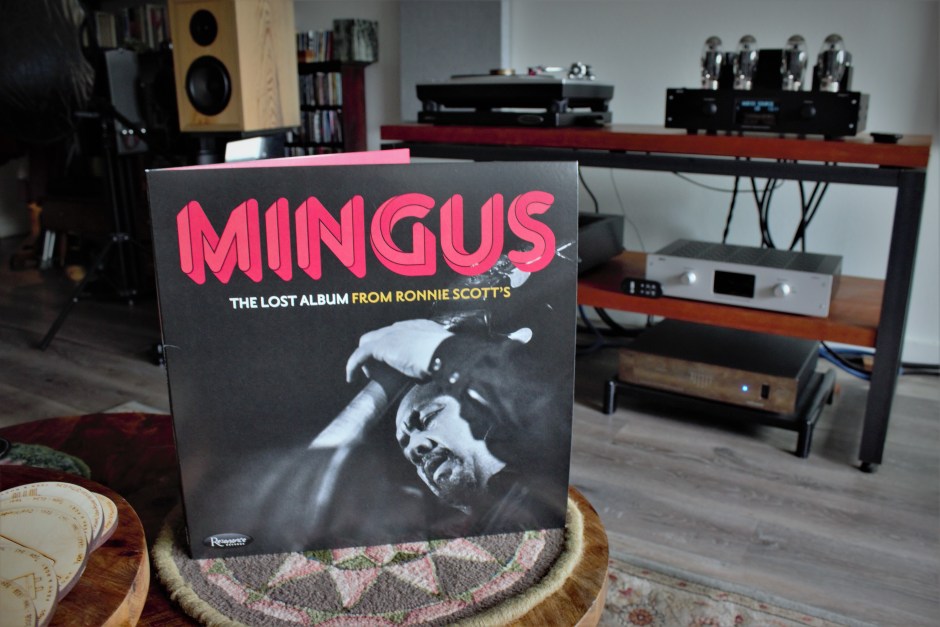 Resonance Records is on a roll right now, and this Mingus album just might be their finest release yet. The Lost Album from Ronnie Scott’s, recorded in August 1972, wasn’t quite lost–Mingus always intended to release this live set. But as Resonance co-producer and co-president Zev Feldman explains, “it never materialized.” Much of this had to do with Columbia firing every jazz performer but Miles Davis in 1973, and once you listen through this 3-LP set you’ll think everyone was nuts to let this one slip by. Yep, they fired the wrong people.

That’s right, you get three albums of live Mingus that spent 49 years in the vault, never really heard until now. This two-and-a-half-hour performance was culled from two days of recordings, all done on eight track with a mobile recording truck, and it sounds exquisite.

I’ll be the first to admit that so many of these “lost albums” were lost for a reason, sometimes due to the shoddy quality of the masters, but in this case Ronnie Scott’s sounds like an absolutely first-class release. Not only is the recording quality professional and exciting and not at all of that “moment in history” variety–although this is another recent live remaster where the audience sounds a million miles away–but you get all types of Mingus, all the moods, in one sitting. It’s a great place to jump in, especially since Mingus can be so challenging and innovative and a little thorny for jazz neophytes. 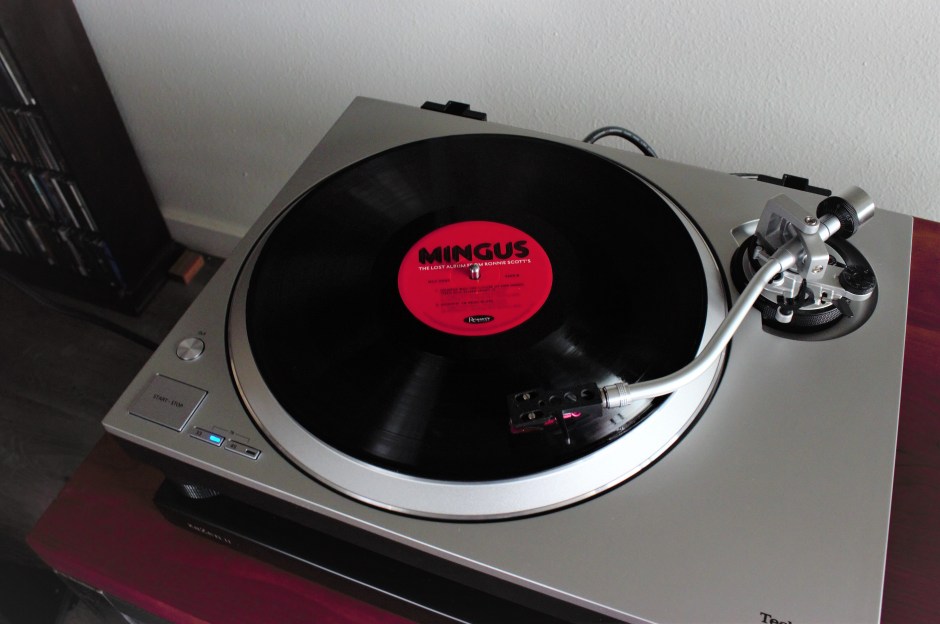 Charles Mingus was perhaps the ultimate bassist-as-leader, and according to alto sax player Charles McPherson, Mingus liked his music to be “clean enough for it to be obvious that this is worked out and thought out.” That’s an important distinction because Mingus’ ideas were complex, and one of his trademarks was making his arrangements sound spontaneous at the same time. That is where so much of the man’s genius came out.

This might have been tough to organize during the set at Ronnie Scott’s, since the Charles Mingus sextet was experiencing a bit of turnover at the time. Long-time members such as McPherson and tenor sax player Bobby Jones had remained, but new members such as pianist John Foster (who also sings on a couple of tracks here), drummer Roy Brooks, and a 19-year old trumpeter named Jon Faddis all had to settle into the groove. Mingus embraced the changes: “Life has many changes. Tomorrow it may rain. And it’s supposed to be sunshine because it’s summertime, and God’s got a funny soul.”

If you’re ready to let more Mingus into your life, if you’re trying to dig a little deeper and know a little bit more about the man, this is a great place to start.

KosmosG, The Ten Favorites of Dmitri | The Vinyl Anachronist

“KosmosG re-imagines classic bouzouki stoner music of the 1930s through the lens of electronica, covering everything from ‘space age bachelor pad’ music to contemporary trip hop. OPA!” I know you want to take a listen […]

This new recording of Symphony No. 9 in D Minor from Anton Bruckner is interesting to me on several levels. First of all, it comes from the Zoho Music label, which I associate with jazz–South […]