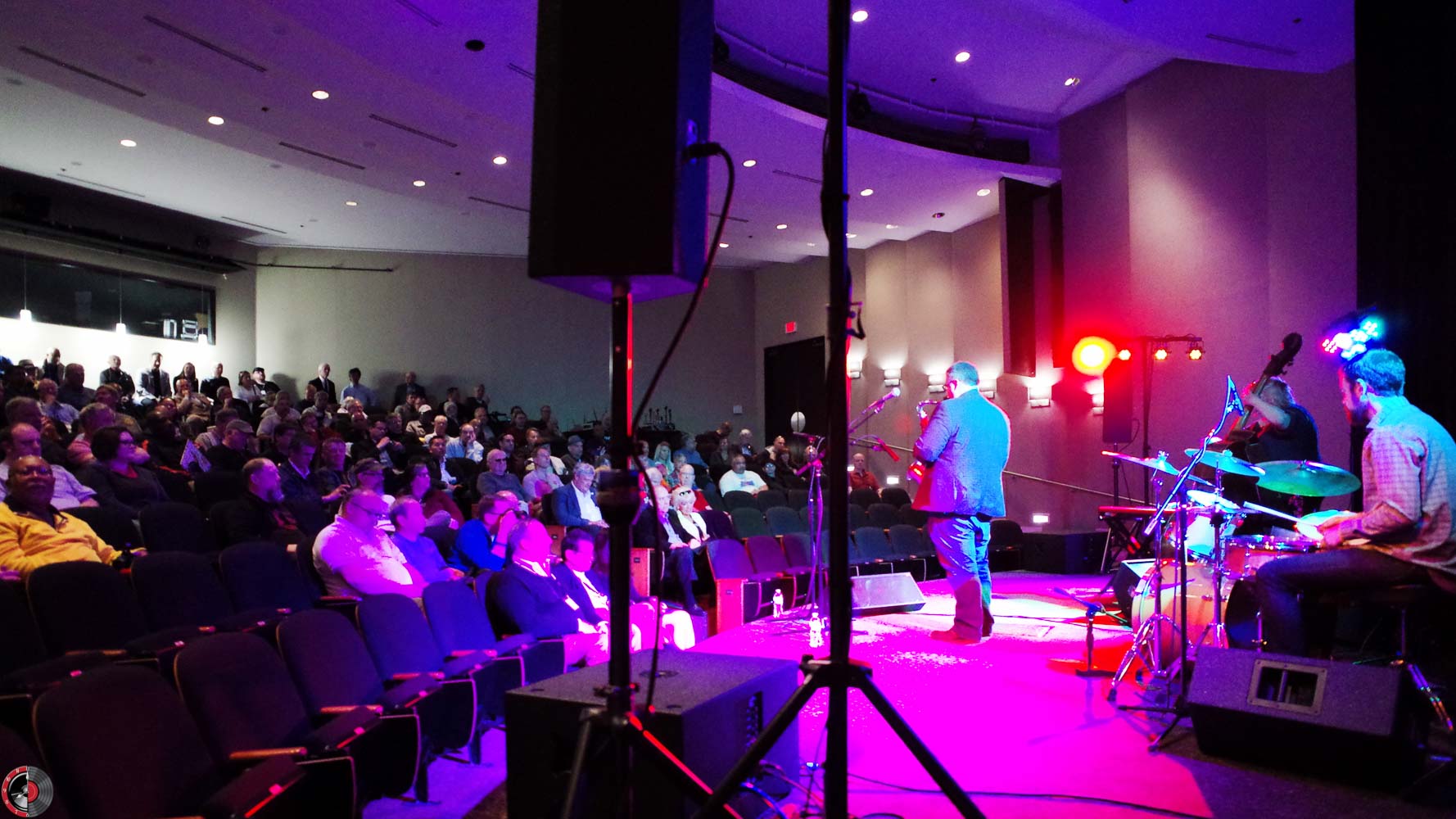 A photojournal by Eric Franklin Shook

When you are in love, a lot of things outside of your relationship begin to fall in and out of focus. Senses become attuned your lover and often begin over analyzing the situation. Never has so much sagacious power been abandoned, leaving you without reasoning and the rest of the world in your wake. You are a now a slave to flow of heart beats. Nothing else matters. It’s just you and this love.

I’ve had this similar experience with music, and I guess this is what makes me an audiophile. When you hear the passion of an artist in the recording, all else fades away, the music has you in it’s grips and nothing else matters. Only you and the music exist. You move together in time, your pulses align, you become one with the music. Everything else is just an unwanted distraction. Hence why I think we as a populace of music lovers scurry to the lowest noise floors, and the most revealing equipment available, to give us as clear a view as electronically possible to what we love most: the music.

While at AXPONA in Chicago, I found myself many times over witnessing what seemed to be trysts between music lovers and the music, setting aside fancy for gear aside and taking what I call — the real measure of what hi-fi can do for you, make you fall in love again.

Throw away all the usual audiophile “to die for” recordings, these rooms were choosing heartfelt impact over the hum-drum and soulless snorefest that many demo room playlists have felt forced to become. Thanks to many of our ilk deciding that cold detail is more valuable in comparison to warm raw emotion. Sad times for us who are all about the music if you ask me.

However, all is not lost.

My First Room of The Show

So pleased was I to hear this track, that I had to take a video.

The Pass Labs XP 20 / XA 160 combo was taking the MA Platinum 300 ii’s for a dance with The Weeknd & Daft Punk’s summer anthem I Feel It Coming. A fellow show goer remarked “I love Michael Jackson, but I don’t know this album.” I smiled and unpacked the details. Quickly his listening session was taking on a path of discovery, facilitated by careful and deliberate emotion driven track selection. Good show Monitor Audio!

It’s 6:47pm on Friday indicated by INDIGLO the show is sadly over for the day. I’m looking for friends now. I bust into a surprisingly very crowded room and I hear Bob Marley’s ghost playing Turn Your Lights Down Low somewhere between a gorgeous to behold in the flesh pair of Vivid Audio speakers. Lee Scoggins taps my shoulder and says “This is Philip, he’s a master of the mixtape.”; Philip then hands me a CD, a souvenir he’s very proud to give me. I glance at the list of songs, and it’s truly full of not just strong demo tracks, but songs I’d play at a dinner party without hesitation. Philip moves along, smiling and greeting people who must have come back to his room for second helpings. He begins taking requests and it becomes clear that content is what drives us. It’s memorable. If you play the same songs as 20-50 other rooms (that’s being conservative) how is anyone going to remember what your room sounded like — or better yet, how it felt. I was new to this room but I was assuredly feeling the music.

As I walk down the hotel corridors looking for trouble I hear what I think is another large statement system belting away the finer details of a live jazz recording. As often the case, I’m wrong. It was the real deal, and trust me, there is nothing like the energy of a live performance. Seldom is it captured well, and with so many of artists incapable of performing live, I doubt many future generations will ever listen to a live album. The house is packed and the sounds are a treat worthy of putting off dinner plans. I decided to stick around and capture the laser like focus of the crowd and take a load off before the after hours shenanigans continue.

Another Day, But Not Just Another Room

Saturday morning I shoot right to the top, both socially and physically. Having had a great evening out with audiophile and industry friends, I’m skating high. Twelfth floor it is. I’ve found two rooms of equal care and attention to their attitudes towards show listening sessions. Let people choose the records and stay out of the way. It’s a brilliant strategy, but it’s nothing new, and it’s something I’ll see again many times during the show. You’ve all heard stories about demo rooms being weary of other people’s music selections, especially those who have put on a nine minute track of dulcimers from the Andes. Here’s where I’m blown away. A room, monster racks of Pass Labs, Berkeley, Aurender, Clearaudio, Kubala-Sosna, Critical Mass Systems, AMG, and DS Audio was fine enough left alone in the hands of show goers, each taking turns with a hand full of records at the altar. Meanwhile a guided lesson in record cleaning is taking place at the back of the room. Think about that for a moment. It’s brilliant.

The Best Innersound At The Show

Claude DeBussy once tweeted that silence is the most important part of the music. Something I’ve found as a concert musician to be true. As a tuba player, I need time to breathe. It’s the case for Benjamin Zwickel of Mojo Audio, he has found that the best place to exhibit headphones is in a solitary, quiet and less bustling room than the Ear Gear Expo going on upstairs. He’s onto something. Listeners were allowed to choose their own music, relax and enjoy the gear, err-ahem, I mean music. This was constantly a busy room. Exceeding from each listening station in increased value for dollar. From the esoteric to the downright affordable at pedestrian wages, this room was a hit with the youth of the show. Those trained in the ways of online gaming and youtube video holes, they found fancy with the high end detail of Benjamin’s high end music servers.

Music Is Why I Do This

By far the most laid back and fun room for me was this simple demo room with one chair serving as the listening spot, and another possibly working as diffraction? Equipment was modest, offerings from Rogue Audio, Dali, HANA, and Clearaudio. But who cares, because the vibe cast in here was that of, take your time, pick something you love or have long missed from our very rare collection of rock and soul albums. Also, grab a beer for lunch, if liquid diets are your thing. Very hospitable. This approach is one of many reasons to attend an audio show.

What I’ve hoped to have said here or be clear about in simple terms is that if you allow the emotion the music to sell the system, you as a dealer / manufacturer won’t have to. As a showgoer nothing is more annoying than hearing the same 10 songs over and over, all the while having a piss poor time trying to elicit emotional responses to music that doesn’t quite do it for you after the ump-teenth run through.

AXPONA 2016: Sultry bombast with Reference 3A and Merrill Audio

It’s probably no secret that one of my favorite-of-all-time loudspeakers is a Reference 3a (an “MM de Capo”, for the record), so whenever I get the chance to check out what the brand is up to, […]

I personally have never seen a Gold Note product at an audio show, and I doubt anyone who habitually remains stateside has seen one either. Making their US debut at Axpona with a famously European […]

My first AXPONA was five years ago in Atlanta. It was about as far from 2016 as you can get. Then, there was something like 20 rooms. Five years later, and the difference is almost […]