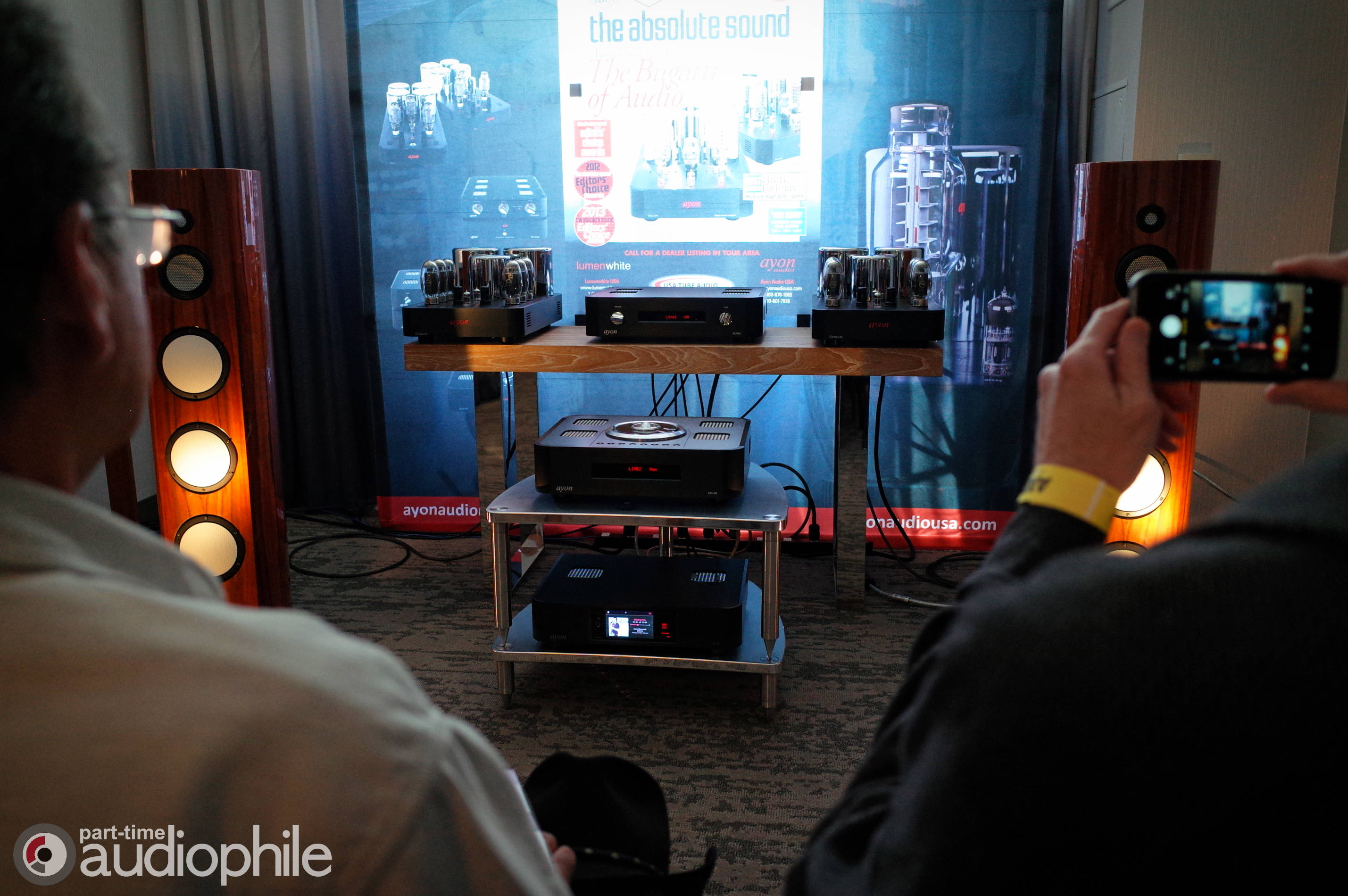 CHICAGO (PTA) — Great new products once again top the list of what is happening in the Ayon Audio room at AXPONA 2019. Starting with the source, the new Ayon CD-35 SACD/DAC Preamplifier Steamer with DSD, along with the new Ayon Auris Preamplifier, handing off to a new pair of Ayon Epsilon Gen 4 Mono-Block Amplifiers, and finally an expertly finished pair of Lumen White Kyara tower loudspeakers, as shown in French Nut veneer for Axpona. 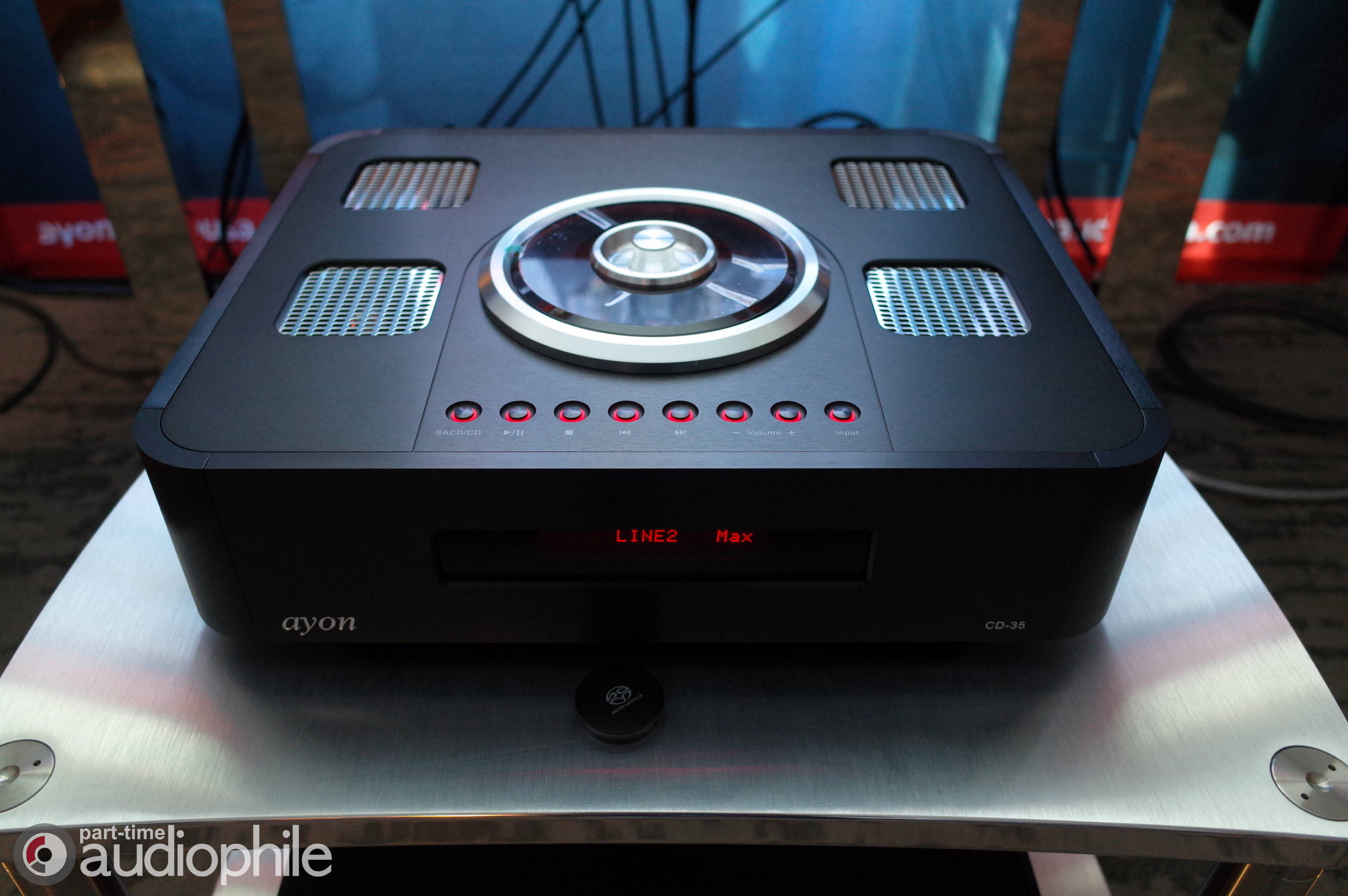 The Ayon S-10 II features a music network player, computer playback, USB drive playback, analogue preamp with a quadruple-analogue volume control system, a new dual-mono Digital-to-Analog converter, and an updated PCM – DSD converter, which converts all PCM-signals to DSD. Additionally, a separate self-sufficient server unit with variable hard-disk capacity can be installed as an option. Furthermore, a completely new streamer platform can be equipped with a second self-sufficient streamer module for the server option.

The Ayon Auris II runs with a Low-Output-Impedance purist parallel Single-Ended 6H30 circuit topology, using zero dB of negative feedback. The line gain is user switchable, at 0dB or +6dB. Options are unbalanced or fully-balanced, a “Signature” version and Phono MM/MC-H, MC option for all varieties. All existing Auris I version preamplifiers can be retrofitted to the newest version II.

Each of the Ayon Epsilon Gen 4 monoblock amplifiers utilize six KT-150 power tubes, giving way to power ratings at 180 wpc @ 8-ohms and 250 watts @ 4-ohms in pentode mode, or 100 wpc @ 8-ohms and 150 watts @ 4-ohms in pure Class-A triode mode. That’s a lot of Class-A power on tap, and to be honest about it, it felt like we used every bit of it during listening sessions.

Most exciting to revisit are the Lumen White Kyara loudspeakers which at $49K are not small by any means, but still play second fiddle to the slightly larger Lumen White “White Light” 25th Anniversary speakers at $69K. Features of the Kyara include; proprietary Accuton drivers, time and phase coherent loading, 1st order crossovers, and more.

Holding it down metaphorically, and up literally is the BBS Audio Rack Systems 3-Shelf audio rack, which features aviation grade aluminum shelves, and a stainless steel support structure. Available in any color, along with options for fine wood or German plexiglass shelves. 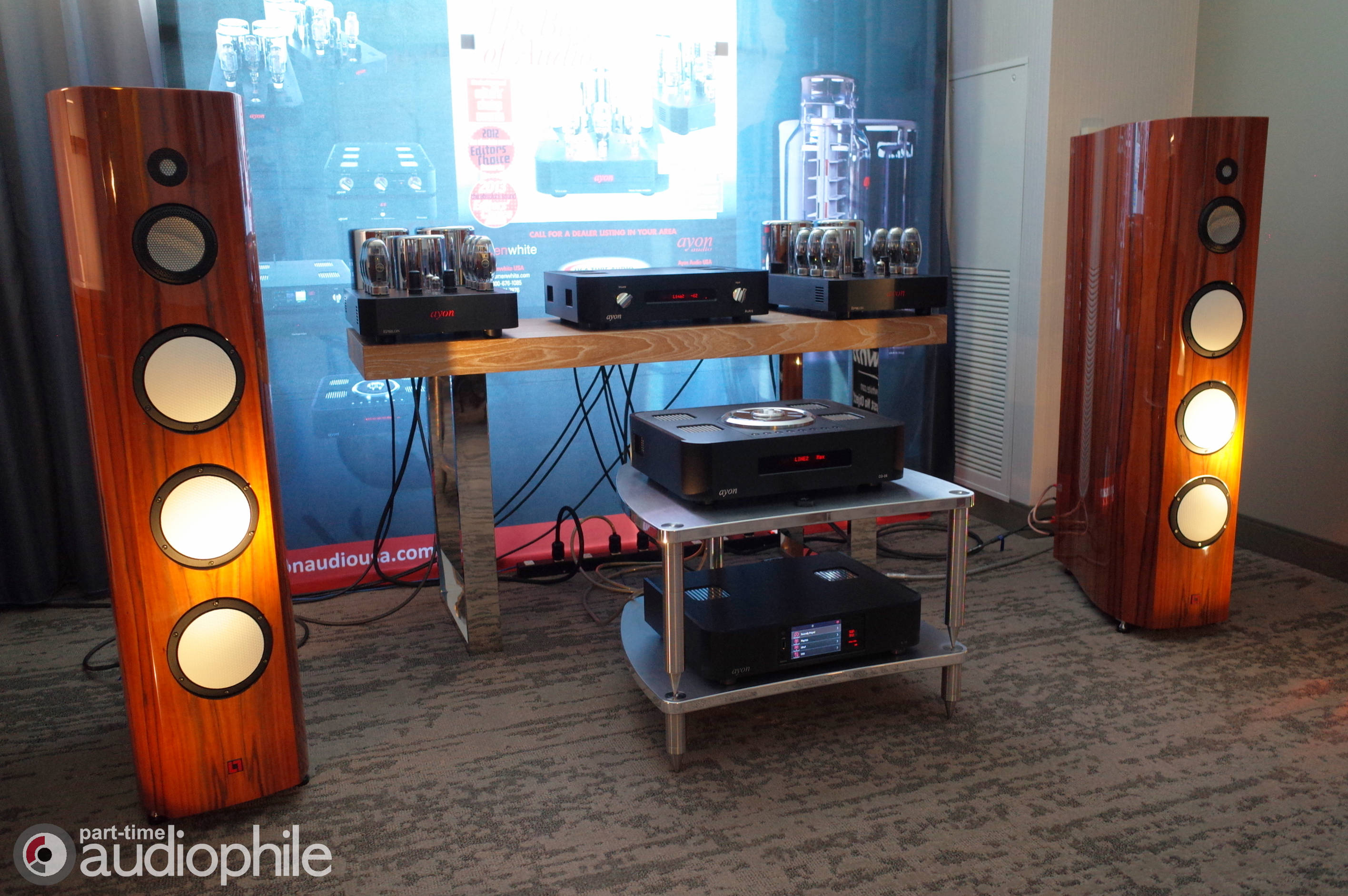 I don’t know of an adequate way to describe a sound that seems only possible to measure in emotion and beauty. In my usual show-going-ninja ways, I made two trips to the Ayon room for listening before I even took one single picture of the room and system. While there I was with pen and notepad making an attempt at jotting down exactly what it was about the system that made it feel so right at home. Could it have been the balance of dynamics with coherence that called no attention to the fun and extreme ends of the spectrum. Was it the speed of the bass? I can’t say for sure, but once again I feel like I was invited to an audiophile party more than simply audio exhibit. 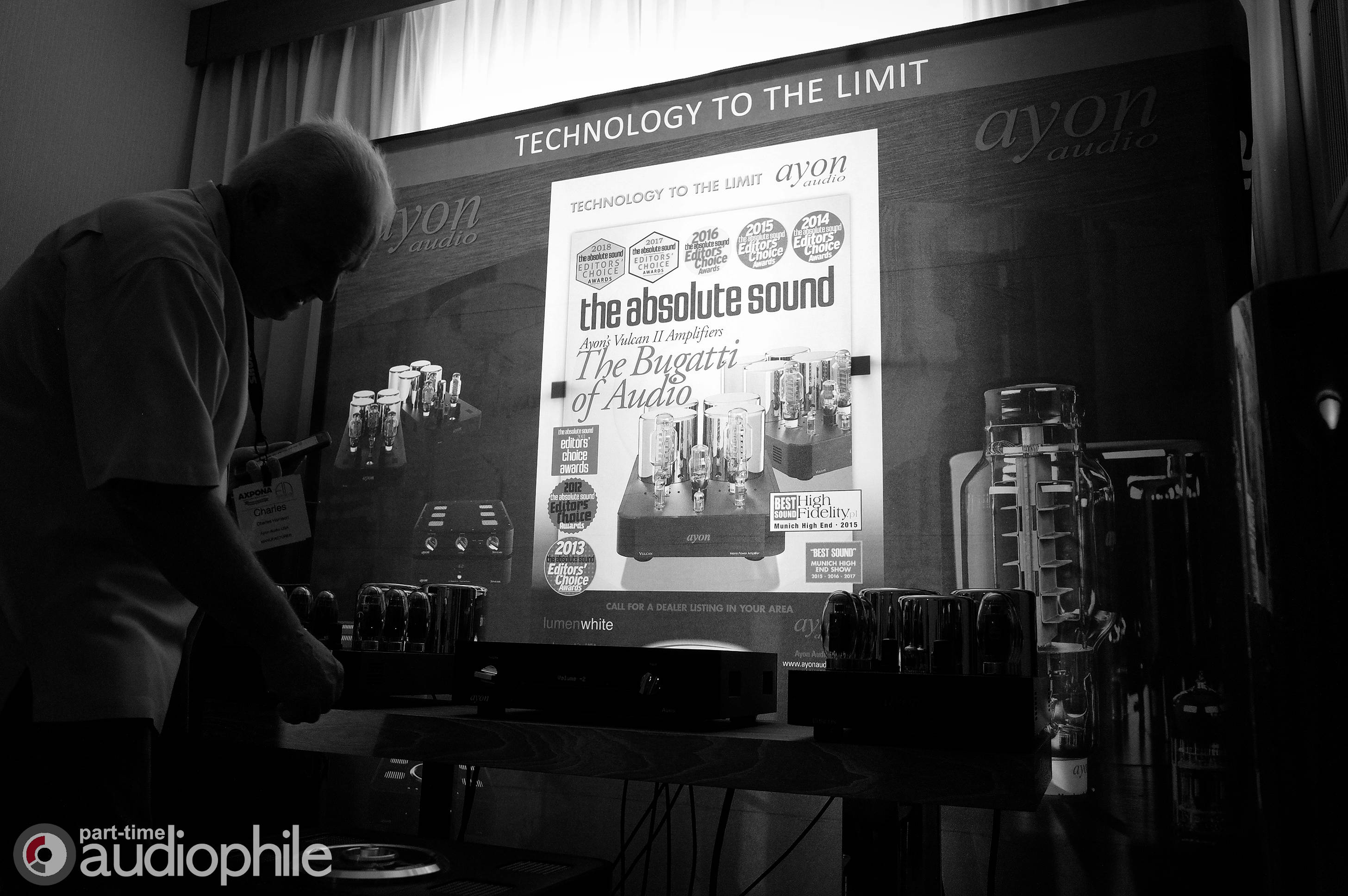 There has been such an avalanche of music servers and rippers recently that it’s a bit hard to keep up with them all. When I heard that Naim Audio was coming out with a new […]

There was a lot of great gear on display at AXPONA this year. Some bits were terrifically expensive. Some, not so much. Some have been around a while. And some, like the Amazing Line Source […]