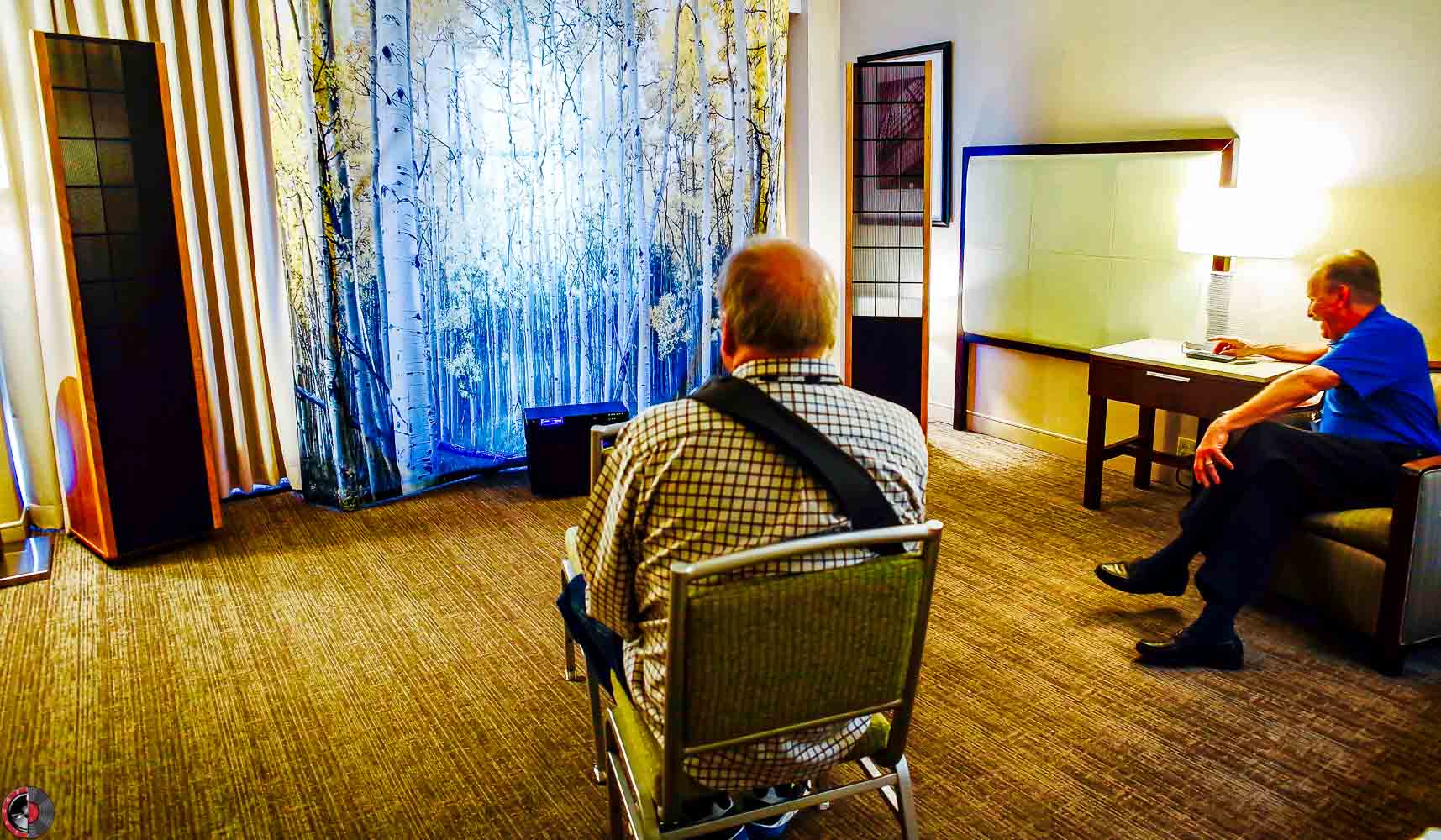 Regular readers know that Part-Time Audiophile doesn’t play that game, though. What we hear is what we write.

To me, when a speaker performs the way Sanders’ design does — and still doesn’t get a whole lot of ink — it’s hard to throttle down much.

Electrostatics are a different animal. It seems in the high-end, speaker enthusiasts either love them in a cult-like fashion (Quad’s ESLs, for instance, still attract hard-core fans 60 years after their introduction) or they are stubbornly skeptical.

Far too many hobbyists, I’m convinced, cling to stereotypes without testing them thoroughly with their own ears. I think the Sanders 10e is a case in point.

Electrostats have rolled-off highs, right? They can’t play loud. They sound threadbare. They don’t do bass. Rock dynamics? Forget about it!

Some audiophiles believe all of that. (Wait, wait, I left one out: They are unreliable.) A varying number of those things indeed are true of some — but far from all — ‘stats that have been produced throughout the past few decades. But, hello, this is 2017.

Roger Sanders, who builds his speakers by hand in Colorado, is an engineer of some talent. Just take a look at the lengthy white papers on his website for his fascinating explanations of how he, through careful testing and modern technology, overcame all of those weaknesses.

His latest flagship, the Model 10e, was on display at AXPONA. Sanders’ goal was to enlighten any audiophile who would come in, close his or her eyes and just listen to the music, rather than glance at a pair of screens and head on down the hallway.

The 10e is a tall, sleek floor-stander. The top two-thirds contains a see-through electrostatic panel, while the much deeper bottom-third holds a 10-inch aluminum woofer.

Uh-oh, here comes another stereotype: Hybrids don’t integrate well. The woofer can’t keep up with the panel and often intrudes into the lower midrange, spoiling the airy vocal reproduction that some bass-shy, panel-only ESLs are known for.

As the late Johnny Carson might have said, “Wrong, solder breath.”

Sanders has taken a long list of steps to make the 10e bust the myths.

To accomplish all this, Sanders made a number of crucial design decisions. He chose an aluminum woofer that offered both speed and depth. He biamps to ensure both panel and cone get plenty of juice. He includes a proprietary preamp/DSP/room-correction unit.

Maybe most importantly, he sets his crossover at 170 Hz to avoid a resonance at 86 Hz and adds a steep 48 decibel-per-octave filter to roll off the bass quickly before it can muddy the bottom of that magic midrange.

During show demos, Sanders’ team likes to turn off the panels while a song — usually something with male vocals and strong bass like a Stevie Ray Vaughan tune — remains playing. The result is stunning. The voice and everything above completely disappears, leaving only kick drum and throbbing bass.

The speakers are even more impressive with all the drivers working. I listened to Vaughan’s “Tin Pan Alley” via a digital file. The 10e offered a breathtaking reproduction of the formidable Double Trouble rhythm section, with Vaughn’s vocals and guitar showing outstanding clarity, focus and weight. Soundstaging also was first-rate, with decays hanging in the air on the atmospheric track.

What’s the price of this world-beater? The 10e, which sports beautiful woodwork, by the way, is $17,000 a pair with Sanders’ own 500-watt Magtech amp and the preamp/DSP/room correction unit. Another amp is needed, which the buyer can provide or you can purchase a second Magtech to raise the total to $22,500.

That’s not dirt-cheap, but this is called the high-end, you know. For those whose wallets allow, getting this much technology for that price is practically a steal.

The last time I talked at length with Sanders, he told me about a well-heeled potential customer who was knocked out by the sound of the 10e, but then decided to keep looking.

Sigh. Another stereotype gets in the way of an audiophile’s musical enjoyment. Don’t make the same mistake. Give the 10e a long listen.

Oppo Digital has been on my radar for at least seven years. I had to do some math there, but I moved into my house in ’07 and I brought an Oppo player with me […]

Madness in May: AXPONA and Vancouver Recap

June 3, 2015 Scot Hull AXPONA Comments Off on Madness in May: AXPONA and Vancouver Recap

I don’t think it’s fair to say that May was “full”. That is, it’s not fair to the word “full”. We were busy. Four audio shows hit The Audio Traveler in May: AXPONA, Vancouver, High End, […]

A photojournal by Eric Franklin Shook I have the luxury of lifestyle to live nearly alone and without neighbors. Full-range speakers, big amplifiers, a large music collections and an unhinged volume knob are not a […]