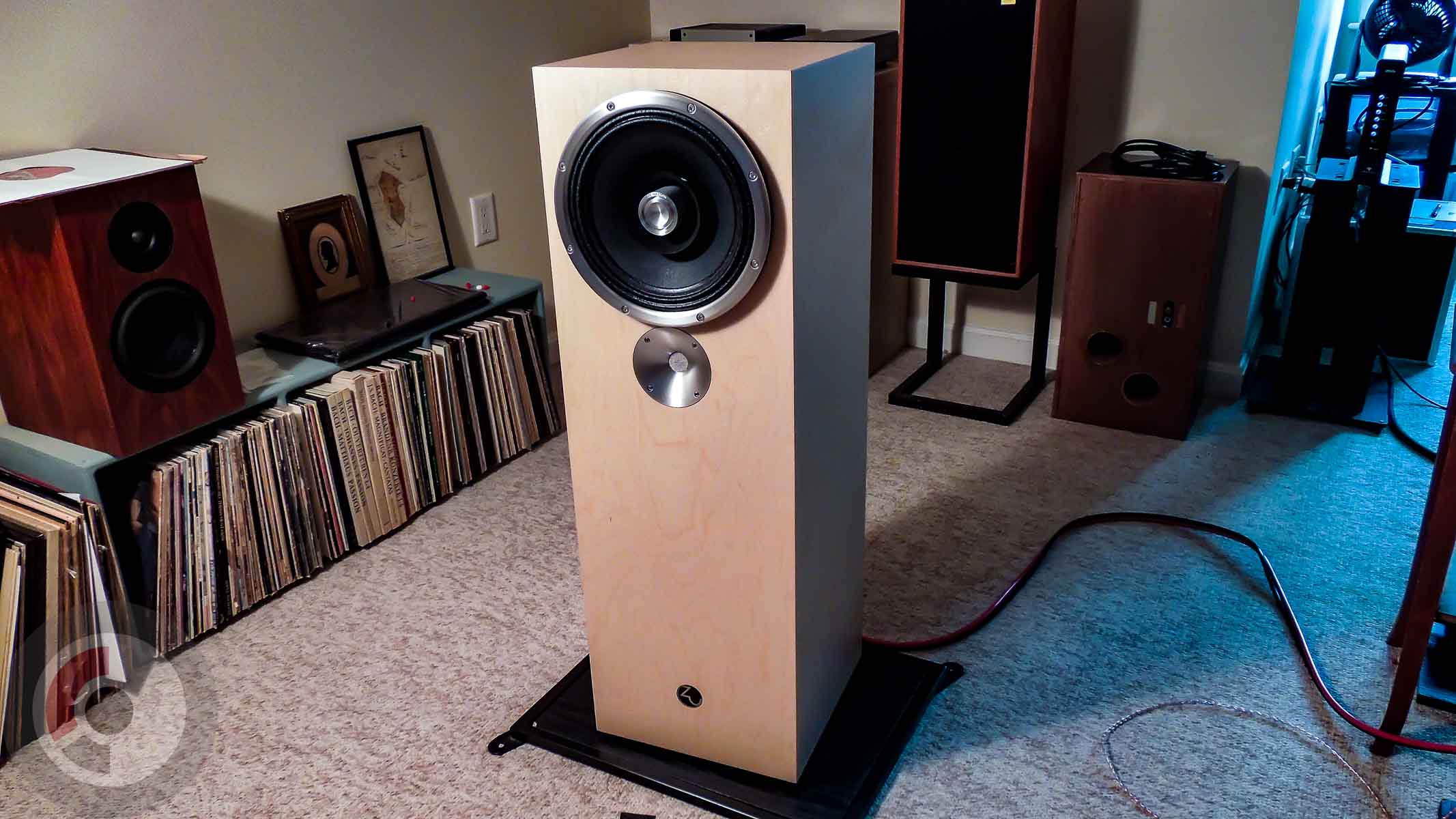 Sometimes just reading the news here at PTA gets me into trouble. Like last March, when I happened upon a blurb about Zu Audio’s Dirty Weekend event, where a stripped down version of the company’s popular budget floorstander, the Omen, is offered at a ridiculously low price to entice folks interested in the Zu speaker line through the door.

Not that I really needed to be enticed, as I’d spent a good bit of time with Zu’s more sophisticated and upscale Druid, Mark V model. While I ultimately decided that the Druid wasn’t exactly my cup of tea (review here), it did enough to fascinate and enthrall me that I wanted to further explore some of Zu’s other speaker offerings. Where better to start than with their least expensive floor-standing model? I thought on it for a day or two and finally shot off an email to Zu’s Gerrit Koer asking to be put on the list. It all seemed almost too good to be true: a pair from this batch in a natural maple finish would run me $950 plus shipping; the “regular” Omen (Version II) goes for $2250 for a pair. Sure, the Dirty Weekend model isn’t quite a full-fledged Omen, but it gets pretty close from a parts and performance perspective. As in same cabinets, same drivers, and basically the same innards (OK, you get Clarity Caps and fancy internal wiring with the “real” Omen…). From the moment I placed my order with Gerrit, I was regularly updated on the progress of construction and break-in by various members of the Zu Crew, which I found to be a nice customer service touch. The only thing that really sucked about the experience was the time it took to get my speakers: roughly three months from the time of purchase. Interestingly, though, much of that time was taken for running the drivers in, which apparently takes a long time, as in 600 hours or more. In the end, I appreciated that Zu does this for its customers, as the speakers sounded really good right out of the box.

So, what did I get for my $950? In short, a hell of a lot. I really didn’t think these would end up being keepers, as Zu offers a very liberal return policy. Keep ‘em two months, and if they’re not up to snuff, send ‘em back on Zu’s dime, no questions asked, for a full refund (minus initial shipping to the customer). I figured for the $80 it took to get them to me I’d have a lot of fun, maybe write-up a short review, and pass ‘em on. Well, almost two months in, I can tell you that’s not going to happen! These puppies are staying. In fact, I’ve had a really hard time pulling myself away from them, or even wanting to hook up my “better” speakers. These Zu Dirty Weekenders are just so fun and engaging!

The main impediment that kept me from really bonding with the much more expensive Druids was a lean, almost sucked-out midrange. I needed to pair the Druids with a very warm sounding amp with a forward and highly fleshed out midrange to get anywhere near the engaging sound I was longing for. I feared that this same situation might be the case with the very affordable Dirty Weekenders. I need not have worried, as the Omens had a lovely and expressive midrange right out of the box. Nothing at all like what I recalled from the Druids. As such, I found the Omen Dirty Weekenders to mate well with a variety of amps I had on hand. I got lovely results from my First Watt F7, though I haven’t spent as much time with this combination as I’d have liked due to the summer heat now casting its pall over my attic listening room. In this season of the year, cooler running amps rule the day, mainly out of necessity. The Zus had a good run with the 100 watt per channel Benchmark AHB2, whose neutral tonal character matched well with the fulsome Zu midrange, while offering up crystalline highs and deep, well-governed bass performance. Perhaps the most fun I’ve had with the speakers has been running them with a little 2 watt-per-side Decware single-ended SE84UFO2 amp. These Omens love tubes and really come alive with the diminutive Decware amp. Two measly watts of power never sounded so huge! I’m starting to finally get what this whole low powered single-ended amp craze is all about, and I’m liking it. I can see though why it really hasn’t caught on with more mainstream listeners, as it must be a marketing nightmare in our “more watts is better” world of high-end audio.

In comparison to the similar single-driver Omega Super Alnico Monitors ($1995) I have here, I’ve found that the Zu Omens beg to be played loudly while the Omegas prefer to engage the listener more softly. In that sense, the speakers complement each other nicely, though I’d say that the Omegas are a bit more refined in their overall presentation while the Zus tend to be more effervescent and bold. Different strokes for different folks as they say…. And I love them both. I’d also have to admit that the Omens give up a bit of refinement and ultimate resolution to their big brothers, the Druids. And they should, when one considers the price difference between the two models.

As for value, these Zu Omen Dirty Weekenders just can’t be beat. Right now, I think they represent one of the best overall values I’ve ever encountered in high-end audio. In fact, I almost feel guilty enjoying them so much when I think about how little I paid for them. I recently added a $6000 DAC to the mix, and it just made them sound all the better, puttering along with those Decware two watts at the wheel. I reckon it’s Zu’s intention to almost give these away banking on folks eventually moving up the line and buying higher end models. Me? I think I’m stopping right here, at least for now.

Want some real audio excitement? Then quit your dilly-dallying and make your weekend a little dirty with Zu. You can thank me later.

Editor’s Note: You can have your own Dirty Weekend right now — Zu is running the special through this Sunday.

Is it ruining the suspense to say that the Zu Audio room at CAF received quite a few votes for Best-In-Show? Probably. But for those in attendance, it was hardly a surprise. It’s true, the rooms […]

by John Richardson A Clutch of Amplifiers Let’s start this review with a little chat about First Watt and its founder, Nelson Pass. As experienced audiophiles, I’m assuming we all are at least somewhat familiar […]

When I entered the Refined Audio room at AXPONA 2022, I was greeted by Cube Audio’s Nenuphar BASiS, a distinctive looking black speaker with a yellow driver ($26,900/pair). The sound of this intriguing system had […]