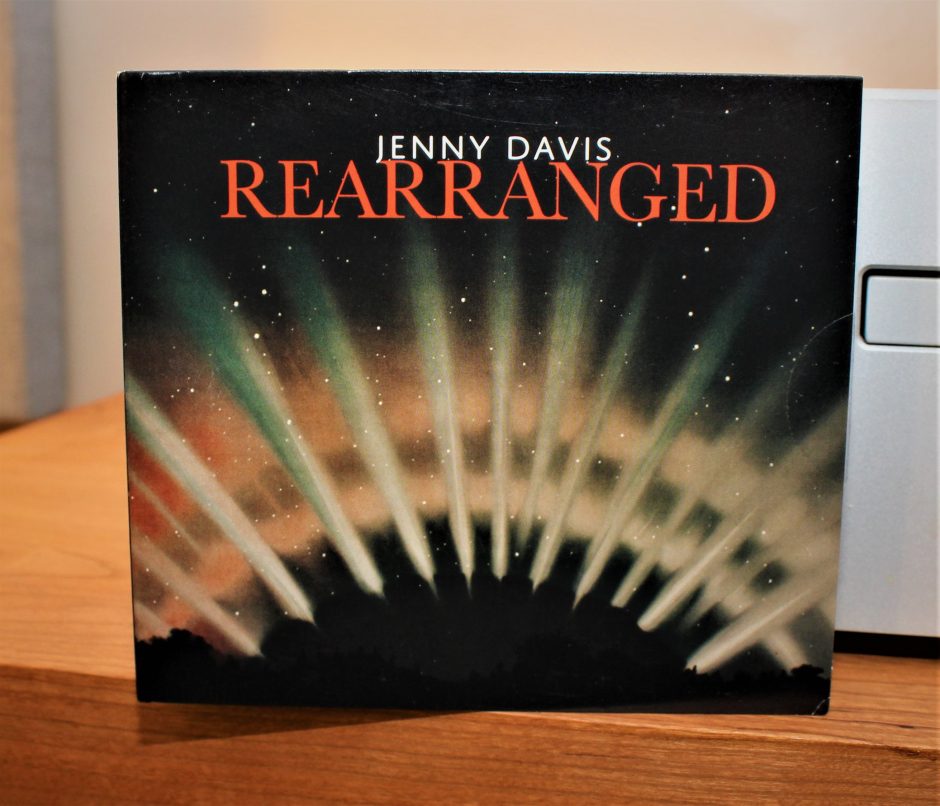 I must admit to a slight bias against jazz performers, arrangers and composers who try to write original songs that sound just like classics from the Great American Songbook. These otherwise talented people fall short more often than not, usually when it comes to lyrics. (Second place? Derivative melodies.) On the rare occasions when someone in contemporary jazz can pull this off, it’s a genuine reason for celebration. It does happen, usually when the artist combines these originals with covers and I usually comment on the seamless transition between the two. Jenny Davis belongs in this latter category.

Davis is a singer, composer and arranger who has tackled this seemingly impossible task in her new album, Rearranged. Nine out of the twelve tracks are Jenny Davis originals, and they sprint around and play tag with various sub-genres such as tango, bossa nova, be-bop and torch songs. The three covers–Herbie Hancock‘s “And What If I Don’t,” Bob Telson’s “Calling You” and Bronislau Kaper’s “Invitation”–achieve that elusive flow and yes, unless you already know these songs you won’t be able to identify their origin.

Okay, so Jenny Davis has mastered the composition and arrangement skills that carefully recreate that GAS magic. But there’s a third component, one that is often botched by those who get the first two things right: we’re talking about vocals. Jenny Davis has a voice that’s clear, transparent, easy on the ears and technically accomplished. That description sounds a little bit short of passionate, so I’ll fill in the space–she has a relaxed, sweet sound that stretches out forever. I’m trying not to use trifecta here, but it’s too late.

Rearranged is far more than a talented singer-composer-arranger getting up in front of everyone and knocking it out of the park. Musically, this album is rich and varied, and Jenny Davis isn’t afraid to step back and let her ensemble shine. There’s even a lovely instrumental, “Wise Up,” that considers Slonimsky’s Thesaurus of Melodic Scales and Musical Patterns. The highlight of the album comes at the end with a live performance of the title track with Davis and the Sirius String Quartet. This is an elegant way to end an elegant album, one of the very best female vocal albums of the year.

When you name your ensemble the Cortez/Williams Project, and your new album is called Hermanos, you might think that this is all about two longtime friends, musicians, who finally got enough free time to hang […]

Blue Muse, It Never Entered My Mind | The Vinyl Anachronist

Sarah Lee is a tenor saxophone player with an interesting story–she was in IT for 20 years and then decided to follow her dreams. We see a lot of these stories on the contemporary jazz […]