For those of you out there on the Internet reading this who grew up in the ’70s, you might remember a suspense thriller called The China Syndrome. It details how a series of events lead to a climactic conclusion at a nuclear power plant in the United States. The film is driven by the strength of convictions in each character, with suspense, and a healthy dose of fear created as events inexorably draw the viewer to a heart-pounding finish. The Hana SL had a similar effect on me while I had it in my system: I had no idea anything out of the ordinary would occur at the start of the review, but by the end I was a bit breathless.

The $750 USD Hana SL cartridge is relatively new to North American shores, and Edward Ku at Element Acoustics had some on hand, and asked would I be interested? I said “Yes!” He popped by soon after to mount the five-gram, black, plastic-bodied SL to my Linn Sondek. This was a bit trickier than usual because of the Hana’s light weight, but Ku persevered, and after some initial consternation, and a final azimuth tweak, it was good to go.

When the Hana SL was dropped off, I also had the acutely musical Avid Acutus SP turntable with an AMG  Lorenzi tonearm, and Koetsu Rosewood Signature Platinum LOMC cartridge (review of this combo coming soon) in the mix courtesy of Mobile Fidelity. The phono stage at the time of this review was the incredibly versatile, and transparent Dynamic Sounds Associates (DSA) Phono II ($10,500 USD, review coming soon).  Because it can handle three turntables or tonearms at a time on-the-fly, the Phono II seemed like the perfect way to see how the fudai Hana got along with the likes of a shinpan Koetsu ($11,000 USD).

But let’s back this up a bit. I’m sure you’re curious (as I was), as to where this cartridge comes from. Info is a little thin on the ground, but from what I gathered the Hana is built in Tokyo, Japan by the Excel Sound Corporation, a manufacturer which has been around for some 50-odd years producing OEM cartridges for a number of other companies.

The story goes that senior company management wanted to stop having their expertise hidden behind the curtains, and go for the spotlight. Thus, four cartridges were born last year: The EH, an elliptical stylus equipped high-output (2 mV) moving coil design, the EL which is identical to the EH except it is a low-output model (0.5 mV), the Shibata-tipped SH (2 mV), and finally the subject of this review, the SL (0.5 mV), a nude, natural diamond Shibata-profile stylus LOMC.

Suggested loading for the SL is greater than 400 Ohms, but after a few days of playing with everything from 100 to 1,000 Ohms, I settled on 175 Ohms, and 60 dB of gain, with a tracking force of 1.95 grams. YMMV, as this is obviously, system, and ear dependent.

After letting the Hana burn-in for a few weeks, my initial A/B listening impressions only improved. Not only was the little plastic-bodied cartridge acquitting itself against the bespoke aged-Rosewood bodied Koetsu in certain regards, there were some things it was doing that I simply enjoyed more than the Rosewood SP… chalk it up to what my body frequency response is, but I did find it disconcerting at times when going back and forth between the two on the same tracks.

But should I really be surprised?

Some carts, regardless of price just vibe with me, as I’m sure they do with you too.

The Ortofon SPU is definitely one that ticks all my boxes, so is the Lyra Atlas, and any of the stone-bodied Koetsu are in a league all their own when it comes to the gestalt of music. The prices for these carts ranges from $1,100 USD to $11,995 USD, so should this be a reminder that cost is no final arbiter of sound quality, musicality, jump factor or how much enjoyment you get from your albums? In a word, yes. In the analog domain there are sometimes too-numerous factors at play contributing to what a cartridge is capable of translating to ones ear. But I just want to be clear about one thing up front, to my ears, while this cart has exciting dynamics, great tone/timbre reproduction, and excellent upper/lower frequency extension, in my final analysis, this is a transcriptor that is all about textures. And in my world, texture is an essential component to my enjoyment of listening to music. 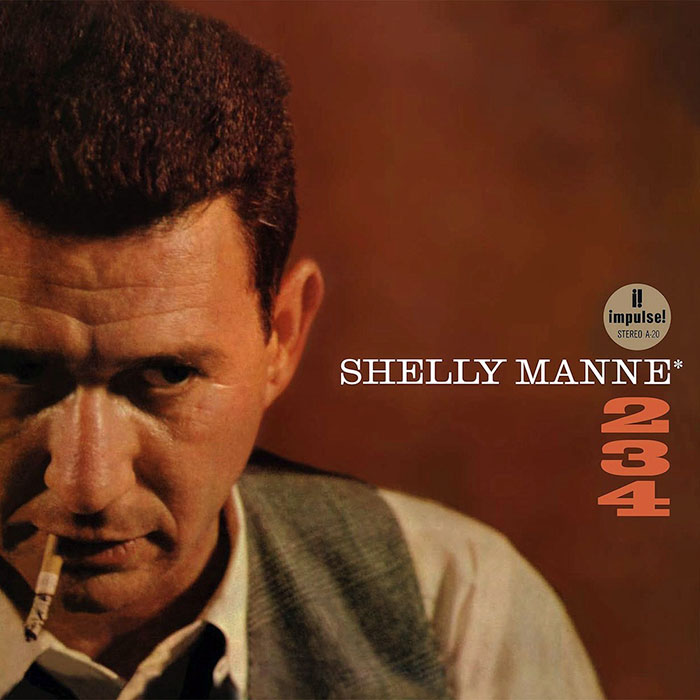 About two months into the review I realized the Hana wasn’t opening up any further, so I sat down for an afternoon to do some serious listening to the SL. The first LP I grabbed was the Analogue Productions 2x45rpm numbered pressing of Shelly Manne’s 2 3 4…  The mood is all blown paychecks, bourbon, and cigarette smoke with George Duvivier keeping time with Manne on bass, Coleman Hawkins on tenor sax (with what I believe is his only outing put to tape on piano for the album’s first half), Hank Jones rounding out the ivories on the balance of tracks, and Eddie Costa goosing the shit out of the vibes on three takes. It’s hard to not wince listening to this LP because of the beating Manne lays on his kit, and the SL reproduces every whack, crash, thwack, and rim shot with startling clarity as the sticks pummel the hanging toms, and snare into a sunset of submission. You can practically picture the floor tom turning purple, black, and yellow as the color of Manne’s assault spreads like a bruise across the skins. Duvivier’s plucked bass notes resonate with a thickness most apparent to each individual string, while the body of the instrument is convincingly life-sized, and weighty in the mix. Hawkins’ sax work is an arsonist with matches, and gas after too many whiskey sours. He just lights up this session, and I’ll be damned because by the end of the first track I felt like a slide ruler with not a straight line, hard surface or corner in sight.

Love is The Thing is Nat King Cole paired with Gordon Jenkins orchestration, and is as much 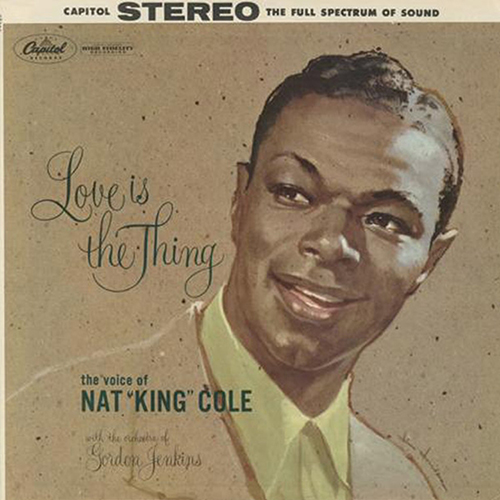 about time travel when it was recorded in 1959 as it is when listening to it today. On a decent system this AP 2×45 album will impress you, on a great system it will have you wiping tears off your cheeks with your shirtsleeve. The massed strings, the harp, the basslines that have your head slow-bobbing, and weaving like Ali… Nat’s breath just barely overloading the mic occasionally; these all add up to an out-of-body experience with a cart that is able to transcribe the emotion-soaked smoke that is Cole’s voice as it pours like a fog machine over the orchestral sonic landscape, and the Hana SL is just such a cartridge.

This is a rich emotional cake of music writ large over a sad, vodka-soaked heart. Every attacking note from the violins, and cellos throughout the LP alternately soothes, and makes your stomach muscles tighten. What I’m talking about here is nuance, delicacy – the ability to easily differentiate between stringed instruments in the background while simultaneously having your thoughts focused on every papery brush stroke of Nat’s voice on a 36-minute canvas that plays like a film at times in your mind’s eye rather than simply lyrical majesty. 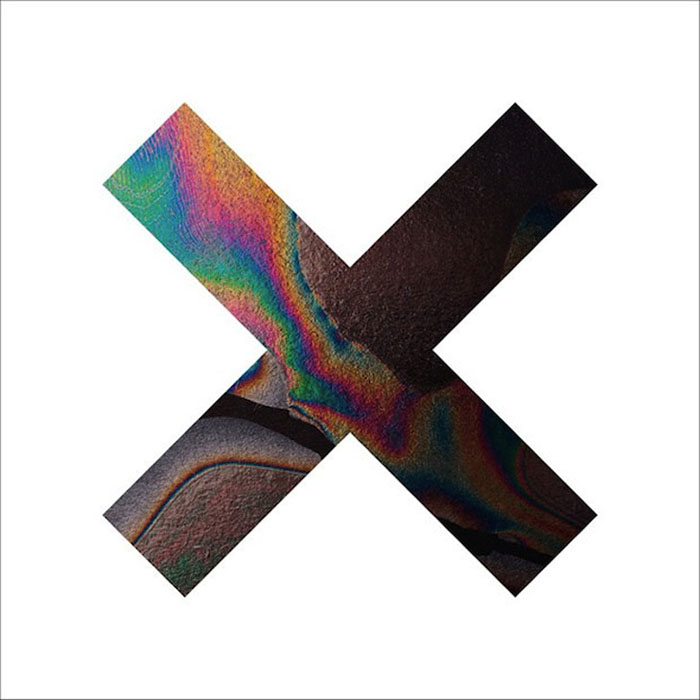 I was at a fantastic party in my early 20s, and I drank way too much. Thankfully it was a big  house stomp with BBQ, outdoor lights, and a friend spinning albums on the porch while I lay like a spilled drink in the grass of the backyard. It was a warm, late-summer night, and as I looked up at a spinning starfield in my rather delicate state I can still clearly remember how tactile the sound of the music was; as if I could reach out, and snap off pieces of the song from the clear night air like pieces of Lego. I got that same feeling listening to the XX’s Coexist through the Hana. Romy Madley Croft’s ethereal vocals on Missing, and Angels sounds like it’s cutting paper hearts out of foolscap with brand-new scissors. Add in the thundering drums, and stadium-sized guitar-reverb echoes overflowing the room, and it was all I could do to sit transfixed on my sofa like a distracted toddler’s rag doll: unable to move without assistance.

Completely lacking pretense, or subterfuge, this is a cartridge for honest music reproduction, and for those who honestly love music. It is incredibly quiet in the groove, so quiet in fact that at times when waiting for the first track to start I jumped up because I thought I hadn’t lowered the tonearm. While it may not have the cachet of a Benz Micro, or the safe sonic recognition of a Dynavector (both of which are brands I have tremendous respect for), at $750 USD it simply cannot be overlooked, ignored or unknown. It is a bargain of musicality at this price, with proper set-up, and in the right tonearm it will absolutely sing for years to come thanks to its long-wearing Shibata stylus, which should net an easy 2,000 hours of listening on clean, well cared for LPs.

The Fluance RT85 Reference turntable retails for $500. That’s very important to me from a historical standpoint, so allow me to elaborate. I came up with the $500 Rule for turntables back in 1998, during […]

DHT is a magic three-letter acronym that speaks volumes to those in the know, especially when it comes to audio history and tubes. Before I get to the product at hand, the mysterious and magical […]

Every once and a while, a product will turn up at the house for review that is so special, it changes what I understand to be possible for an audio component. And let’s face it; […]