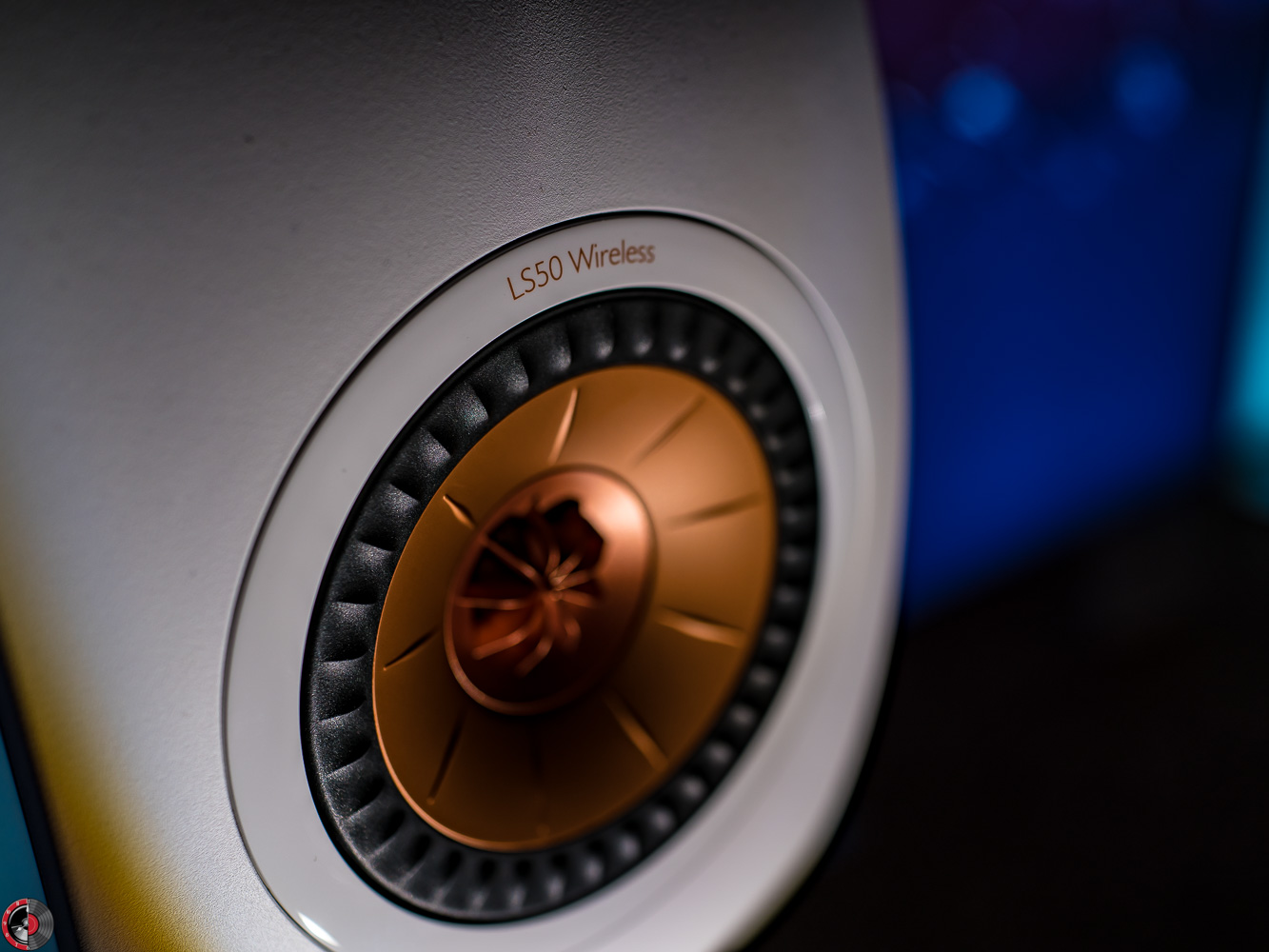 Johan Coorg and Dipin Sehdev are fixtures on the high-end audio show circuit, and for damn good reason — they put on one of the best demos going.

With a wild disdain for decorum and outright mockery audiophile norms, the pair are just as likely to be strafing the room with a sonic fusillade as they are to “play nice” with yet another request for “something with female vocals”. Look, I like Diana Krall’s cover of “Temptation” as much as anybody, but I’m pretty sure I trashed my lifetime threshold somewhere back in 2010. Which is why the unexpected introduction of “Arrows” by What So Not was such a delightful — if room clearing — palette cleanser.

The new KEF LS50 Wireless ($2,199/pair) makes a very convincing statement for all-in-one audio systems — a DSP-controlled speaker, amp, and DAC super-combo that has been known to cause spontaneous dance parties and random police home invasion. All you need is a source — which is why the Dot was there, but for the more discerning, they also had a VPI Scout ready-to-hand. Well, all you need is a source now … coming very soon (very very soon), the included smart phone app will also support Tidal and Spotify … and more. And yes, more on that front, soon.

Shortly after the scheduled flogging of the aged and the infirm, we got to watch Coorg bark at an Amazon Echo Dot — and that was downright hilarious; but right on cue, we were treated to cricket scores, London weather, and some totally room-filling streaming tunes right off of the Amazon Cloud. I have to say, all this was pretty inspiring, and while I think most consumers will probably opt for something a bit more fancy than an inexpensive Bluetooth streamer, there is no need.

Also on hand were a pair of what I think are my favorite KEF speakers currently being sold — the KEF Blade 2 ($25k/pair). These speakers are not only elegant, they’re devastatingly great — and may be just the right size pour chez moi. Ahem. Whoops. Did I just say that out loud? Heh heh. I want ’em in Frosted Blue or Racing Red. Either would work. Just sayin’.

The Reference 1 bookshelf speakers ($8k/pair) were also on display, but sadly, I missed that demo.

Also in use, a Hegel 360 integrated ($5,800) and Straightwire cables hung everything together.

AXPONA 2012: Ejected from the Beauty of Sound

I felt a little like Adam, cast out of the Garden for his trespasses, but that’s pretty much what happened to me in the Beauty of Sound room. I respectfully asked for permission to take […]

Tyler Acoustics had a Big Green Monster on display here at AXPONA, and I’m pretty sure that color is a first for me at an audio show. I’m not going to be able to refrain […]

Walter Liederman of Emerald Physics ought to be pleased with himself. He’s managed to shepherd to market a relatively affordable, reliably excellent, state-of-the-art audio experience in his Emerald Physics lineup. I don’t think it’s been […]